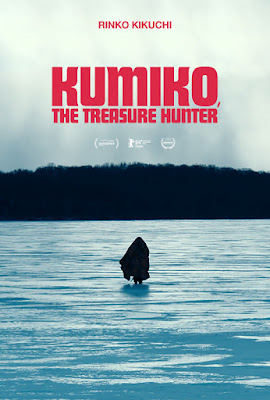 Coen Brothers’ much heralded, stylish neo-noir, “Fargo” (1996) made a devious claim that incidents portrayed in the film are based on a true story (“The events depicted in this film took place in Minnesota in 1987” says the opening title card). By falsely inserting the phrase ‘based on a true story’, the Coens’ tried to comment on how even narratives based on such phrases has little truth in it and to poke fun at a viewers’ gullibility on accepting every story as some form of fact. In November 2001, a Japanese woman named Takako Konishi was found dead in the snow fields near Detroit lakes, Minnesota. The media initiated rumors that the Tokyo office worker has embarked on a journey to find the money buried by actor Steve Buscemi’s character in the film “Fargo”, believing that the events are real.

A 2003 documentary, titled “This is a True Story”, by American writer/director Paul Berczeller debunked the myth surrounding Konishi’s death. It was discovered that the depressed & jobless Japanese woman has committed suicide (after sending a suicide note to her parents) near Detroit lakes, and she had come to Minneapolis because it was a place she has once visited with her married American lover. American film-makers David and Nathan Zellner zeroes in on the urban legend behind Konishi’s death, and makes it a basis for a strangely beguiling adventure “Kumiko, the Treasure Hunter” (2015). Zellner brothers treat the silly, impulsive premise with great seriousness, and it mostly works, thanks to an enigmatic performance by Rinko Kikuchi (“Babel”, “Pacific Rim”) in the titular role. Despite the instantly sensational plot premise, “Kumiko” could be best described as a glacially-paced character study of a socially disoriented soul. 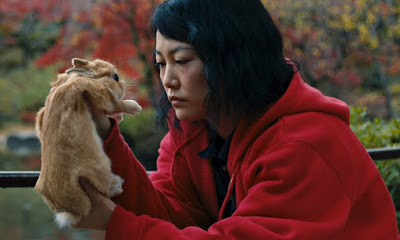 The film-makers’ empathetic approach to the central character is visible in the ambiguous opening scene itself, where Kumiko dressed like ‘Little Red Riding Hood’ finds a battered VHS copy of “Fargo” inside a surrealistic seaside cave. After playing &re-playing the damaged copy several times, we could guess that she is intrigued by couple of sequences: the opening title card, which says that ‘events portrayed in the film are true’; and the denouement, where a million bucks is buried in the snow and the place marked with a window scraper. Kumiko, who loves to find treasures, believes that the buried money is a ticket out of her depressing & dissatisfying life. Kumiko is a deeply withdrawn, 29 year old office worker. She hates the patriarchal corporate setting. Her boss’ increasingly degrading requests tempts her to spit in his tea. Kumiko’s over-bearing mother taunts her with questions on phone, relating to promotion, marriage, and boyfriend.

The woman’s only companion is a pet rabbit, named ‘Bunzo’. When both the familial and professional frustration reach a threshold point, Kumiko decides to embark on the treasure hunt. After stealing the company credit card, the naive woman flies over to Minnesota. The Mid-Western state’s featureless & extremely cold landscape hampers the trip, although the people she encounters help her in a general sense. A well-meaning local sheriff (David Zellner) after hearing Kumiko’s quest, points out the obvious: ‘It’s just a normal movie. Fake, like a story’. Nonetheless, Kumiko couldn’t be dissuaded as she feels that discovering the buried suitcase is her destiny. 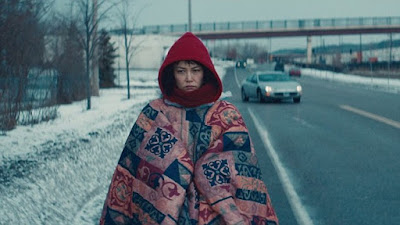 On the outset, Kumiko’s quest is obviously absurd, but the film-makers never treat it in that manner. Instead, the character (in her tiny red-hooded form) comes off as a fairy-tale figure making a perilous journey, pursued by malignant forces. Zellner brothers tap into the allure of films, which builds scenarios to escape from our mundane lives. Entertainment in a kindles our desire and makes us to act like the person on-screen. But, then Kumiko’s obsession didn’t just born out of desire; its roots are entrenched in her alienation and depression. Zellners don’t give us any strong evidence on why Kumiko firmly embraces a particular fiction, ignoring the obvious truth. However, the woman’s conviction could be seen from a Herzogian perspective (Herzog’s “Stroszek” (1977) is also about a insane quest), where we can never understand why certain people do certain things. Those who impatiently wait for answers would hate this film deeply and a very predictable ending doesn’t work to the movie’s advantage.

There are few elements in “Kumiko” that works in sync with “Fargo”: parallels could be drawn between ill-fated natures of Kumiko & Macy’s Jerry Lundgaard; the sheriff’s clumsy, but genuine gestures puts in mind the Frances McDormand’s deputy character. Although depression is one of the plot’s central themes, the Zellners doesn’t miss out the chances to imbue dark & ironic comedy. The sheriff, in one scene, takes Kumiko to a Chinese restaurant and asks the owner to act as a translator; in another scene, the same Sheriff, who points out ‘Fargo is just a normal movie’, persuasively notes how the statue of Paul Bunyan’s (an American folklore on a giant lumberjack) Ox named ‘Babe’ isn’t anatomically correct, ever since a drunk shot off the statue’s privates.

Rinko Kikuchi’s impressively dour performance redeems the film from just being a mishmash of cognitive themes. Regardless of the character’s nature, Kikuchi downcast journey earns sympathy from the viewers. The little character traits like thinking herself as a ’Spanish Conquistador’ or making notes & embroidering map locations adds a texture to the role rather than making us to simply view Kumiko as a woman in dire need of mental treatment. However, despite Kikuchi’s presence, the proceedings do become stale at some points. Immensely talented cinematographer Sean Porter’s delightful aesthetics helps us to overcome some of the digressing phases. In Tokyo, Porter captures Kumiko through crowded doorways, narrow aisle or library stacks to showcase her inclination towards a better destiny. The bright clothes of Kumiko are also not just used to impart catchy aesthetics. It sort of fits her character too, on how she remains as a contrasting figure amidst all the socially sane beings.

“Kumiko, the Treasure Hunter” (104 minutes) is an ingeniously shot, little unsatisfying character study about a quixotic soul, disappeared between the line dividing fact and fiction.

Thanks for the honest review.
Please check my post and vote: