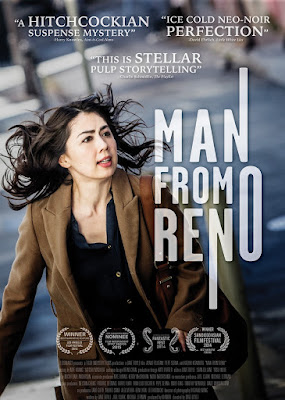 Neo-noirs and mystery thrillers are defined by their tropes, which may make the film-maker and writer to take a box-ticking approach (like doomed protagonist, femme fatales, seedy motels and typical Macguffins). Of course, there’s nothing wrong with rehashing these familiar genre tropes, but a successful mystery or neo-noir must have something engaging more than out-of-nowhere twists. It needs an expansive set of characters, entrancing atmosphere or at least combinations of characters that we haven’t seen before to make even the mundane narrative trajectory to stay afresh. American indie film-maker Dave Boyle’s slow burn thriller “Man from Reno” (2015) tries its best to provide us something more than the bare-bones structure of the genre. It may not have succeeded to become a heavy-weight, on-screen mystery, but it does have couple of irresistible characters and a fine atmosphere to engross us throughout the running time.

The film opens on a foggy highway, where Sheriff Paul Del Moral (Pepe Serna) of the fictional San Marco County sights an abandoned car in the middle of the road. Obviously, the foggy setting seems like a stand in for profound mystery. The Sheriff soon runs down a running man in the crushing fog. The run-down, Japanese man survives and is placed in a hospital, although his identity remains a mystery. In a parallel narrative, a Tokyo-based mystery writer Aki (Ayako Fujitani)arrives at San Francisco bay to do a book tour. She’s has a kind of emotional breakdown, while pushing her latest best-seller (mystery novels has a central Sherlock Holmes like character named Inspector Takabe) and goes in hiding. Back at the hotel, a handsome Japanese tourist Akira (Kazui Kitamura), who is said to be from Reno, recognizes Aki and surprises her with his knowledge about literature (he easily catches a Mark Twain dropped into the conversation by Aki). 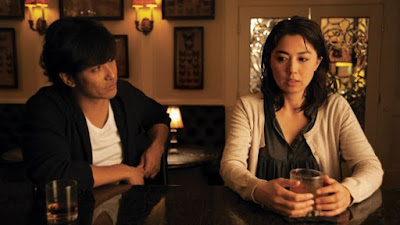 Aki takes on Akira’s amorous advances and in the next day, the man from Reno mysteriously disappears, leaving his suitcase. The suitcases most notable items are matchbook with telephone number and a lettuce. Back in San Marco County, Sheriff Paul finds a dead Japanese man in the marsh and the one admitted to hospital has vanished. The ensuing murder investigation confirms the identity of dead man as Akira. After the Reno guy’s disappearance, author Aki receives strange men at her hotel door: an 'injured' man named Hitoshi; and a couple of thugs demanding for the ‘thing’ that isn’t in the left-behind suitcase. The parallel narratives, of course, entwines at a point as Paul and Aki tries to solve the nefarious mystery. Their path is strewn with typical Macguffins and red-herrings: a tabloid photographer, endangered species, stolen identities, a corrupted millionaire and wrongly pronounced/understood words. However, its resolutions are fairly unpredictable. 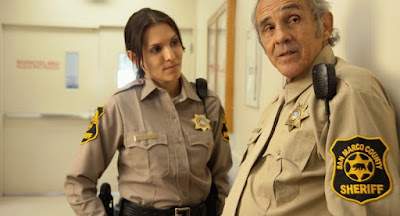 Similar to pulp novels, there’s an over-complicated plot and at times I felt there’s too many twists for its own good, but the film’s engagement factor lies in the way the primary characters remain flawed and how director Boyle has treated the atmosphere & distinct public spaces of San Francisco as more than a background prop. In one early scene, while meeting her college mates, Aki tries to be Inspector Takabe (aka Holmes) by trying to guess a stranger’s background from his accent and attire. She gets most of the things wrong and immediately this genius writer is brought to a human level rather than being turned into a super detective. It is this vulnerability and absurd curiosity that drives the twists in the narrative. Most of the revelations don’t occur due to precise deduction; the characters just accidentally stumble into it. Instead of diffusing beautiful shots of Golden Gate Bridge and cable cars, Dave Boyle keeps his narrative to unfold in places (like alleyways and renowned book shops), where a running away Japanese writer would really move through. But, even within those simple public spaces, the director is able to create an atmosphere of foreboding and paranoia.

Writers Boyle, Joel Clarke and Michael Lerman amply concentrate on the theme of ‘identity’ and its evil twin ‘deception’. Aki is in constant doubt about her identity. She wants to escape from her own persona. We the viewers are teased to see the identity of Inspector Takabe on Sheriff Paul Del Moral. Even the little seen photographer and the millionaire want something that may bring them fresh identity. But, where they all fail in attaining the different identity, it is only the ‘Man from Reno’ who accomplishes varying, unique characteristics through deception. Aki too employs deception in the scene with her college friends, but she miserably fails when compared to the so-called Akira. Dislocation too remains as a perpetual element for nearly every character. The writers have also included undercurrents of dark humor that questions the characters’ far-fetched imagination (especially when Aki admits to Del Moral “He knew I couldn’t resist a phone number in matchbook!”). The performances are uniformly excellent, especially character actor Serna (who was chain-sawed in Brian De Palma’s “Scarface”) in his rare lead role. He slightly evokes Tommy Lee Jones' character in “No Country for Old Men”, although Serna perfectly finds a coherent personality to keep it from being banal.

“Man from Reno” (111 minutes), despite few bumpy plot points, is a gripping, offbeat mystery/thriller. We might be raising quite a lot practical questions after the film’s central mystery is resolved, although the singular mood and meticulous direction keeps us engrossed during the running time.