Mistress America [2015] – An Energizing Observation of the Millennial Angst 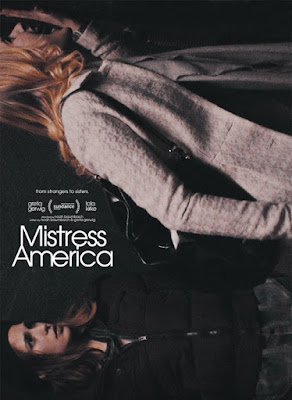 You know how hard it is entering into young adulthood, especially for those with little worldly experience, wearing the ‘socially awkward’ tag. At that phase in life we might be thinking or have thought “what could be tougher, huh?” Of course this enlightening, manic, exasperated and equally bizarre thing called ‘life’ gets more difficult for those, standing at the middle of young adulthood (quickly approaching 30), still confused and not yet confirming to the societal standards of ‘settled’ life (like marriage or the ability to have amassed loads of money). American film-maker Noah Baumbach’s “Mistress America” (2015) explores the aforementioned different spectrum of young adulthood through two wandering characters, striving hard to turn their dream into reality. This is the third of Baumbach’s film to be set in New York (“Frances Ha” and “While we’re Young” were the earlier ones), where the narrative is riddled with insightful social discourses. “Mistress America” is also director Baumbach’s third film with wonderfully witty actress Greta Gerwig (2nd film the couples have co-written). And like the comedic, beguiling character Frances Halliday (in “Frances Ha”), Gerwig’s character in this film too is complex and crackles with incredible energy.

The characters in Noah Baumbach’s film yearn for a unique identity, often in pursuit of dreams, which constantly keeps changing. They are the personification of Tyler Durden’s words [from Chuck Palahniuk’s “Fight Club”]: “We're the middle children of history, man. No purpose or place. We have no Great War. No Great Depression. Our Great War's a spiritual war... our Great Depression is our lives….” They cope with this rapidly changing world, stealing others' styles or ideas and get involved in acidic confrontations to exert little influence. The characters’ self-obsession, self-marketing and ever-changing train of thoughts is always connected to the damaging side of pop culture (like social media), but for a large part Mr. Baumbach flawlessly grounds these characters in a way that the young adults of different nationalities could relate to the existential pain, emanating on-screen. “Mistress America’s” culturally infatuated heroine is Tracy Fishko (played by magnetic Lola Kirke), an ambitious as well as socially awkward 18 year old, who arrives in New York to study literature. 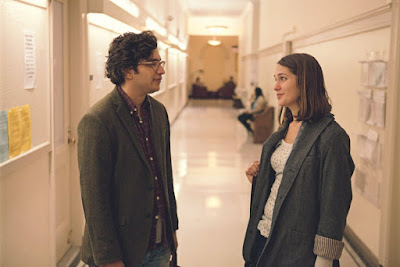 Tracy tries desperately to be the member of a vogue literary magazine club, whose patrons are suit-case toting, indoctrinated literary bullies with strange initiating ceremonies. Tracy mom is about to get married over Thanksgiving with a catholic geologist, whom she got acquainted through online dating. Mom asks Tracy to seek out her soon-to-be step sister Brooke (Greta Gerwig). The dynamic and independent Brooke, just past 30, introduces Tracy to New York lifestyle, fulfilling the 18 year old’s dream to become the perfect ‘Manhattanite’. Brooke juggles different jobs like aerobics instructor, math tutor and interior decorator. She seems to have lot of ideas in her mind, but as someone points out ‘no follow through’ happens. Under Brook’s influence, Tracy also starts writing a short story “Mistress America” (name based on Brooke’s once great idea for a TV show). 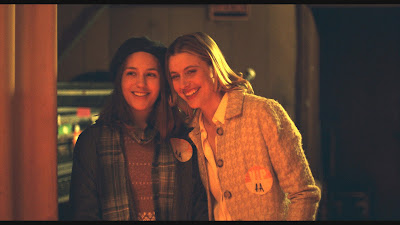 The relationship between Tracy and Brooke, in a way reminds of friendship between Nick Carroway and Gatsby in Scott Fitzgerald’s classic novel “The Great Gatsby”. And like Nick, Tracy soon sees the flawed side of her ‘Gatsby’. Brooke’s life is filled with unfulfilled dreams and ideas. She often gripes about her frenemy Mamie-Claire (Heather Lind), who is said to have stolen Brooke’s t-shirt idea, cats as well as her boyfriend, Dylan (Michael Chernus). Brooke’s grand plan to open a restaurant also turns for the worst and puts her in major debt. A clairvoyant advises that confronting the long-time friend and enemy could bring answer to Brooke’s troubles and so the soon-to-be stepsisters (along with two other friends) make a trip to the posh neighborhood in Connecticut, where Mamie-Claire and Dylan live.


Director/writer Noah Baumbach (and co-writer Greta Gerwig) have experimented a little in the narrative structure of the film by imbuing the screwball comedy style of John Hughes (or even Howard Hawks) with their typical quasi-meditative discourses on younger generation. The film’s unexpected third act, set in a Greenwich mansion, has its own pacing problems. And, yeah, it is less relevatory and more sophisticated when compared to incredible “Frances Ha”, but the chewy philosophical thoughts strewn across “Mistress America” plus the natural chemistry between Lola Kirke and Greta keeps us fascinated. The number of quotable lines in the script is exceedingly high and the dialogues easily connects with our mind and heart, since the lead pair’s unbridled energy perfectly sells us all of the scripted statements. It is easy to get carried away with a character like Brooke. Gerwig has done the same self-aggrandizing, mirthful and bitter character already, but the unique range of her comedic timing plus those eloquent gazes brings that alluring quality to Brooke. When she delivers the film’s most excellent words “I think I'm sick, and I don't know if my ailment has a name. It's just me sitting and staring at the internet or the television for long periods of time, interspersed by trying to not do that and then lying about what I've been doing. And then I'll get so excited about something that the excitement overwhelms me and I can't sleep or do anything and I just am in love with everything but can't figure out how to make myself work in the world”, we don’t feel like she is saying something out of a written page. There’s enough sharpness to her delivery which instills an authentic quality, as if it could have come from no other place than Brooke’s heart. 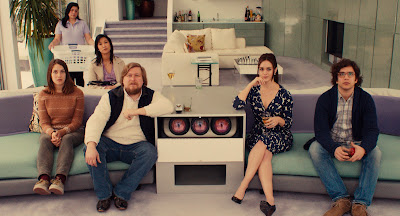 Nevertheless, “Mistress America” is about the persistent, internalized conflict experienced by 18 year old Tracy. It is about her desire to be as positively infectious as Brooke and to be more successful than Brooke (especially in achieving goals). It is about Tracy’s naivety as well as her conviction that as an artist she has earned the privilege of using others’ life as writing material. And it is also about Tracy suffering the maximum emotional impact of being wrong (or naive), learning how it feels when you really hurt someone, and getting to understand the exhaustive side of being hip. Lola Kirke fits perfectly, in such a thriving role. Lola’s mix of poignant concern and wondrous excitement while looking at Gerwig’s Brooke brings the much-need humanity to the proceedings. As a director Baumbach nicely handles those trickily balanced comic set-pieces. He is so enamored by his characters that his shots are always on the look out for little sad moments. When Tracy says “You don’t know how funny how you are”, Brooke replies “I know I’m funny. I know everything about myself” and at that moment Baumbach captures the inherent sadness & pain, plaguing Brooke. Although this film’s robust element is its well-calibrated quips, these small empathetic directorial touches are what make us fall in love with the central characters.

“Mistress America” (86 minutes) is yet another affecting, relatable and humorous take on young adulthood by smart writer-director pair, Greta Gerwig and Noah Baumbach. It is about millennial generation’s unfulfilled dreams as well as about the restless feeling after reaching a dream.

at March 08, 2016
Email ThisBlogThis!Share to TwitterShare to FacebookShare to Pinterest
Labels: Coming of Age Movies