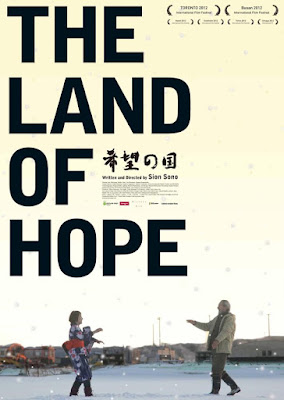 “Sumida, don’t give up!” cries out the girl to frustrated, angry young protagonist in the mad genius, punk auteur Sion Sono’s “Himizu” (2011). The film was planned to be live-action adaptation of a famous manga series, but Sono at the last minute, after witnessing the disasters of March 2011, turned it into cry from his heart to Japanese youth. Regardless of its missteps and narrative flaws, “Himizu” managed to underline the need for hope despite everything going wrong. The anger and outcry Sono showed in that movie persisted in his next independent feature “The Land of Hope” (2012), which was entirely dedicated to a Fukushima-like disaster and the consequences faced by common people. While, “Himizu” blamed the self-interest of older generations’ wrecking as one of reasons for the environmental ruin, “The Land of Hope” benevolently showcases younger and older generations’ feelings of fear, desperation, tenaciousness and hope, in the face of a disastrous rupture.

Among Sono’s prolific, dark and challenging body of works, “The Land of Hope” seems to offer the most  winsome experience. But, at the same time it is far from being the insanely busy director’s best work. At 134 minutes, it remains too long, overly sentimental at times and the direction is very unsurprising (full of fixed flat shots and emotionally inconsequential long takes). Nevertheless, two elements lend this slow-paced drama the watchable factor: the way it brought to light the most pertinent subject in modern Japan; and the fantastic performances of Naoko Ohtani & Megumi Kagurazaka, both envision the loss, misery and fear of different generation women. 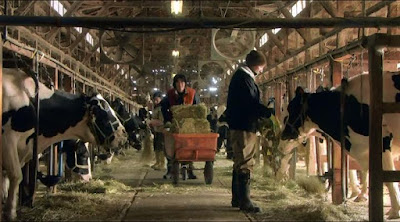 In “The Land of Hope”, Sono flawlessly induces a realistic vibe to the proceedings by choosing to film in the deserted Fukushima. But, Sono gives us a fictional location for the narrative: Nagashima prefecture. And he treats Fukushima Daichii disaster as something that happened in the recent past. The central focus is on the Ono family. The father Yasuhiko Ono (Isao Natsuyagi) runs diary and produce farms on the outskirts of a small town, situated in the fictional Nagashima. He is helped by his son Yoichi (Jun Murakami) and daughter-in-law Izumi (Megumi Kagurazaka). The matriarch of the family Cheiko (Naoko Ohtani) suffers from dementia, who often tends to her flower beds and thinks of being in her early 20’s. A subplot involves Ono’s neighbors, the Suzuki family, whose members are: father Ken, mother Meiko, son Mitsuru and his girlfriend Yoko. 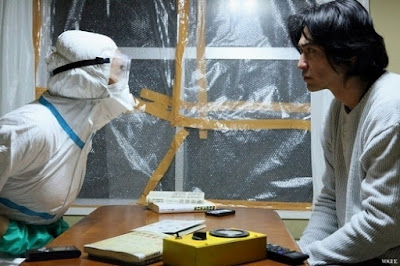 One day, a powerful earthquake disrupts the reactor at nearby nuclear power plant. Media shows different, contracting reports about the earthquake, tsunami and power plant disruption. Eventually, the government officials show up forcing the population with 20 km radius (of the plant) to evacuate. Ono’s farm and house just falls outside the government announced quarantine zone, while the Suzuki family and the rest of community is crammed into a bus to be taken into some medical center. Yasuhiko Ono questions the government officials, cloaked in protective suits that how they know the radiation will exactly stop spreading within 20 km radius. He questions whether they should also evacuate. The officials’ asks him to be ‘patient’ and just stay inside for now. Later, Yoichi considering the illness of Cheiko decides to stay in the farm, but forces his son and daughter-in-law to move to a place, with no danger of radiation. The younger couple Yoichi and Izumi moves to nearby safe town, where she gets pregnant. But, the pregnancy only brings waves of paranoia. Meanwhile, the young son in Suzuki family takes his girlfriend and goes in search for her parents in the tsunami inflicted regions. 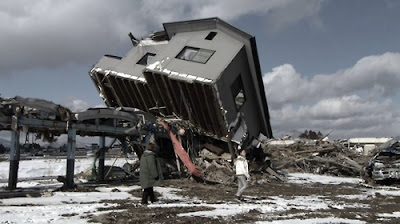 Director Sono develops the narrative to serve as a slap to the face of bureaucratic incompetence and also as a tribute to the people, who endured all the hardships & faced the consequences. The ultimately pointless action of the government after the tragedy plus the happy-go-lucky, falsely optimistic attitude of media programs is well emphasized. Sono leaves out his trademark rage to take a more grounded approach in presenting the people’s trauma. In this classical approach, Sono insists on themes of nostalgia unlike his previous works. The narrative themes also include politics, economic & cultural transformation and crisis management, but the direction clearly lacks inspiration at many occasion to deal these themes in a profound manner. Sono does realize some powerful sequences in portraying the characters’ dread, and there are also well-earned tear-jerking moments towards the end, especially when Yasuhiko and Cheiko dance in the snow-drenched, post-tsunami landscape. He finds a poetic sense of beauty in the real, devastated areas and places gradually recovering. 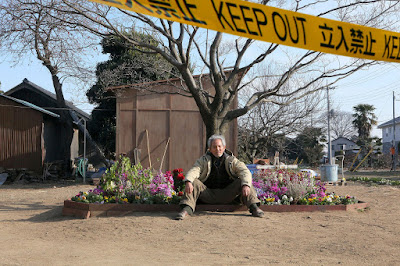 Izumi’s character transformation to radio-phobic woman happens so suddenly, diffused with the ingredients of a soap opera. Her paranoia that results in Yoichi’s emotional suffering is excessively drawn out at times, losing the gathered impact. In one scene, Yoichi’s workmates blame his wife for doubting about radiation in their town. Yoichi angrily screams to them “A month ago you refused to boil rice with tap water. Have you forgotten?” This impactful scene is overly drawn out in the later episodes, when Yoichi confronts people giggling & murmuring about his wife’s paranoia. In few other occasions, Sono does flawlessly etch out the narrative’s bittersweet nature. The scenes depicting the relationship between older Ono couples are effortlessly affecting, and at times remind us of the animated apocalypse fable “When the Wind Blows” (1986). Although Mitsuru & Yoko subplot adds to the narrative flabbiness, it withholds one excellent, surrealistic Sono moment. When the young lovers glimpse into the desolated town, they come across two ghostly kids, remembering the old days of listening to ‘Beatles’ and asks the couple to go forward ‘one step at a time’.  This eerie scene feels like a fine touch to the ghost town and also strongly suggests the central theme of film – hope. The performances from veteran as well as younger actors are mature and sensitive. And, despite lacking in pace and tension, Sono never designs the circumstances to be exploitative or preachy.

Sion Sono’s “The Land of Hope” (134 minutes) is a family drama that documents the ravaged landscape and tragedy of nuclear fallout. However, its robust themes plus the nightmarish views aren’t fully realized due to the uninventive, flat execution.

The Land of Hope aka Kibo no kuni -- IMDb