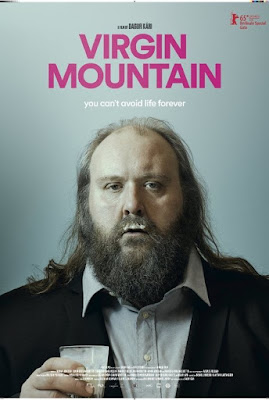 American journalist & author Hunter S. Thompson said “We are all alone, born alone, die alone, and we shall someday look back on our lives and see that, in spite of our company, we were alone the whole way. I do not say lonely – at least, not all the time – but essentially, and finally alone. This is what makes your self-respect so important………” I think those are the most truthful words and one which I often relate to. Although, on the outset, Thompson’s phrase may seem grim, it is actually realistic and offers abundance of hope. The words don’t ask you to shed compassion or treat people badly, since we are always going to be ‘alone’. But it rather elucidates the futile, desperate attempts of looking for our own happiness in others’ heart and mind. When you understand this you can stand tall and deliver a punch to the hardships that life is gonna throw at you. You can retain some sort of hope even when our empathy & compassion is treated with condescension. The core theme of director Dagur Kari’s Icelandic feature-film “Fusi” aka “Virgin Mountain” (2015) emanates the meaning of that aforementioned quote. It is a delicate, bittersweet character study of a lonely man in an alienated society. It is about a 43 year old, single man’s deeper kindness, in the face of life’s quiet emptiness.

Director Kari, who gained prominence with his melancholic coming-of-age story “Noi the Albino” (2003) went on to make the critically panned indie film “The Good Heart”, starring Brian Cox and Paul Dano. With “Virgin Mountain” he once again returns to deadpan & endearing tone of his Nordic homeland. Produced by Iceland’s well-known cinematic exports, director Baltasar Kormakur, this charmingly offbeat movie pretty much has the story line of a Hollywood Rom-com, although it doesn’t fall into the cloyingly sentimental pitfalls of Hollywood films. The main reason for that is the mountain of a man Gunnar Jonsson, who plays the central character Fusi – an overweight, 43 year old terribly shy virgin. These are character points which could be easily used for the premise of crass adult comedy, but Kari perfectly chooses an empathetic eye to look at this socially awkward misfit. Fusi is actually a man-child, who likes to eat chocolate cereals, plays with remote cars, obsessed with war games (especially in recreating a miniature model of the battle of El Alamein), and he still lives with his mother. He is also not capable of harboring any malicious thoughts.

Fusi works at the airport in the baggage handling department, where he is constantly bullied by his younger co-workers. With years of harassment, Fusi might have learned to endure those cruel jokes. He befriends a lonely 8 or 9 year old girl living in his apartment complex, whose freshly divorced father is always late from work. Fusi’s loves spending time with his friend (Sigurjon Kjartansson), who shares Fusi’s fascination for armada of battle figurines. He also finds solace by having dinner every Friday night at a Thai restaurant and in calling the local radio show, requesting for heavy metal songs. The drab routine is changed one day, when the boyfriend of Fusi’s mother offers coupon for line-dancing classes -- a birthday gift for Fusi. The timid man-child decides to skip the classes and sits inside his truck, park outside the dance class building. In doing so, he meets a fellow lost soul Sjofn (Ilmur Kristjansfdottir). But, Sjofn isn’t a ‘manic pixie dream girl’ character type, blatantly offering the promise of romance and sex. Beneath her bubbly attitude lays heavy emotional burdens. 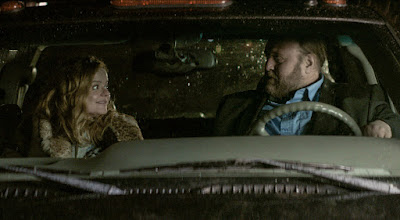 Sex and losing virginity aren’t the things that preoccupy Kari’s plot trajectory. He rather centers his plot on Fusi’s lack of connection and abundance of compassion. Fusi’s loneliness is elegantly portrayed in the opening set of visuals. Director Kari opens with medium close-up shot of Fusi, driving the bubble-like baggage-handling van, representing his emotionally contained state. Then he goes for a bird’s eye shot of runway, where the baggage handling truck moves alone with no moving object in the vicinity. Its cut to the shot of Fusi eating his chocolate cereals with milk, at home, and then once again cuts to bird’s eye shot of Fusi placing the luggage on the carousel. The final shot of opening sequence shows Fusi calmly sitting at home, placing the miniature tanks to design his favorite battlefield. Without uttering a word or a forlorn expression, Kari gracefully sets up the character’s alienation and the achromatic narrative tone in these initial sequences. In another sequence, we see Fusi inside his truck that’s going through car washing machine. He is sad since he is dismissed by Sjofn. The little water droplets from the car wash equipment permeates throughout the truck’s window panes, representing the pervasive misery in his heart.  Such refined sense of visual storytelling by Kari makes the film’s generic story to standout from its American counterparts. Director Kari makes his actors to suggest their inherent emotions rather than declare it. His unobtrusive camera angles and deft direction allows the narrative to flow freely and naturally. 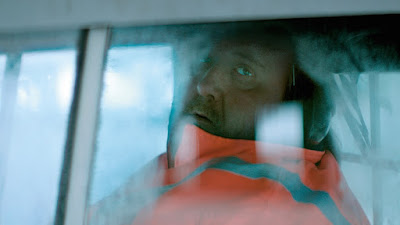 “Virgin Mountain” isn’t without cliches, but I’d like to call them as ‘endurable cliches’. The presence of eight year old girl, controlling mother, pursuit of dance classes and Sjofn’s friendship could have been easily overplayed to extract enough sentimentality for Fusi or showcase insincere feelings of hope. Although the presence of these characters & narrative tropes are in itself a cliché, their destined path is heartrending. It may not be really surprising to see what happens to the alleged relationship between Fusi and Sjofn, but despite that predictability factor, Kari shows enough restraint in staging the scenes. At times, it feels like the script is treating heavyweight subjects like depression and alienation in a lightweight manner (the final gesture of Fusi does have the Hollywood artifice), but as I mentioned the nuanced visuals and subtle performances transcends those narrative pitfalls. The unconventional ending (staying true to Hunter Thompson’s words) retains more hope than the usual upbeat, cinematic one (with sex & romance).  TV comedian Gunar Jonasson, through his weary voice & soulful gaze, touchingly conveys Fusi’s inner torment and resilience.  He finely exhibits the gamut of emotions that takes him to the belated adolescence phase.

“Fusi” aka “Virgin Mountain” (94 minutes) is a heartwarming, instantly lovable, and slightly unconventional portrait of a social misfit. Despite too much of gentleness, it remains as refreshing take on a timeworn tale.