How Movies like Visaranai Changes our Perception about the System & Authority 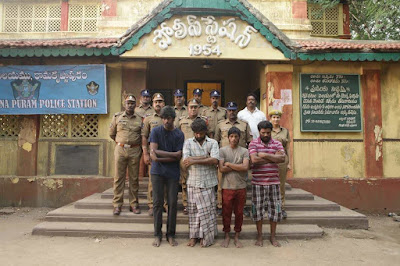 It is naive to believe that few sensible films could uproot societal ills. However, movies do possess the power to impact our mind. It offers a better, humanistic perspective on some of our prejudiced, bigoted, and under-developed ideals. It may not be the only ingredient for change in the society, although it can be a one of the catalysts. I love how good films brings over a paradigm shift. The term 'paradigm shift' was first coined by American physicist and philosopher Thomas Kuhn. Paradigm shift indicates how the basic, small changes in the scientific experiments or thinking process, which deviates from prevailing framework, could lead to real scientific revolution. For example, the telescope Galileo used 400 years ago changed human’s perception of universe and their place in it. This revolutionary device validated the incendiary theory of Copernicus that Earth orbits the sun. Paradigm shifts can be perceived in the society too; on how people’s views profoundly change over a particular period of time. Cinema or any other art form could be one of the initiators of paradigm shifts in the society.

In the last hundred years, there have been numerous films that have caused a shift in public perception, for good or bad. While documentaries have always intimately explored truths, the lifelike characters in movies tend to weave a strong influence on the mass audiences. In that way, I am fascinated by how the hard-hitting events in the recent Tamil movie Visaranai aka Interrogation (2016) have provided substance to our increasing doubts about the functioning of authority and the bureaucratic system. In 1991 when Oliver Stone’s JFK was released, many critics, journalists and historians berated that the film doesn’t have a single shred of truth. Stone’s firebrand film-making style blended in numerous conspiracy theories surrounding the assassination of President Kennedy (on Nov. 22, 1963) to give the semblance of a factual truth. In fact, many of the explosive information provided in the movie aren’t backed up by any evidence. Some characters were invented to only confirm Oliver Stone’s views of what might have happened behind JFK's assassination.  From a film-making perspective, JFK (1991) was often hailed for its technique. Stone’s frenetic editing style and shot selections are just revolutionary. But apart from marveling at the technique, JFK must also be seen for how it highlights a very important truth, hidden beneath all those hearsay accounts.

It’s better to read a good history book for learning the events that led to JFK’s assassination. However, if you want to see a film that truly reflected the doubts of millions of Americans about their government, then you must watch JFK. It brilliantly showcases how far a so-called democratic government can go to withhold the ideals of few authorities at the top. Oliver Stone vividly realizes the non-factual scenario that we think of it as a plausible thing. Movies like JFK gives shape to our inherent fear and uncertainty about the government system, which naturally adds fuel to a possible paradigm shift. It provides a stage to bring out our opinions. In JFK, Kevin Costner’s character quotes author Edward Abbey’s immortal words “A Patriot must always be ready to defend his country against his government”. And, It has always become a necessity in the contemporary society to possess a fair (or even more) amount of doubt on those holding positions in the higher echelons of our 'democratic' governments.

Vetrimaran’s Visaranai (aka Interrogation) was one of the best Indian movies of 2016. It was screened at  Venice Film Festival (in 2015) and won ‘Cinema for Human Rights’ Award from Amnesty International, Italy. It also won three National Awards and became India’s official selection for the Oscars. The film, partially based on auto-driver turned writer Mr.  Chandrakumar’s memoir ‘Lock-Up’, tells the horrible turn of fate for four downtrodden, homeless Tamil laborers. Mr. Chandrakumar who was once a migrant laborer got arrested without any charges. He and his friends were held and tortured to accept a crime they didn’t commit. The author vividly details his excruciating experience. The memoir talks of the migrant workers’ vulnerable situation, who become an easy prey for the system which misses out to catch the real perpetrators. The language problem unique to a nation like India escalates the hopeless case of those caught migrant workers. It has become a routine thing for Andhra Police to arrest downtrodden Tamil men to be booked under the charges of smuggling redwood. Since the intricate, smuggling network includes bigwigs from Tamil Nadu and Andhra Pradesh, not much voice is raised from the official circles.

Visaranai opens on a cold dawn in a public park. It is the place of rest for the four Tami laborers (Pandi, Murugan, Afsal, and Kumar), working in Andhra Pradesh’s Guntur. Soon, they get arrested by local police on suspicion that they are connected with a burglary (happened in higher official’s house; one of the burglars is said to have talked in Tamil). The inspector surely knows that the four Tamil workers didn’t commit the crime. Alas, they play the good cop-bad cop routine to make them accept the crime, since there isn’t enough time to capture the real ones. Vetrimaran’s aesthetic choices aren’t what you call as a cinematic achievement, but it efficiently draws us into the shoes of four tortured souls. Chandra Kumar’s story ends up with the movie’s first-half. The entire second-half (signaled by Kumar’s absence), which takes place inside a Tamil Nadu police station, is based on the various behind-the-screen accounts of supposed political killings.  While the first-half explored how authority works on grass-roots level, the second-half was about devious nature of authority exercised in a wider arena. The innocent workers realize that to escape from spider’s web they have only entered into lion’s den. Unlike in the regular Tamil/Indian cinema, the creaky system survives. The film ends with a hard-hitting note of how an easily digestible version of the complex events is provided for the general public.

It is not exactly a novel thing in movies to portray government or a system as lackluster element. For decades, Tamil movies have portrayed politicians, police, and bureaucrats as the most corrupted, baddest apples of our society. But the problem with all those main-stream Tamil films is that it repeatedly proposes the idea of how the society would fare better if those few ‘bad apples’ are destroyed or casted out. Our films tend to see the ‘system’ as giant vehicle run by possibly bad guy. Visaranai envisions the corrupted ‘system’ as this giant machine, where each individual is a cog. When the system’s balance is threatened it sacrifices few human cogs, but it keeps on running, spreading the apathy, fear and corruption. It’s a very scary vision. It confirms to the general view of ‘better to sacrifice few to save many’. But, in a degraded system or government, the ‘few’ is represented by innocent, good people and the ‘many’ comprises of people who violates environment and human rights for their livelihood. 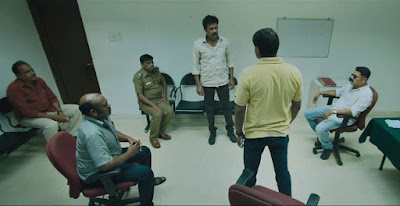 From the alleged suicide of DSP Vishnupriya to Swathi murder case and the alleged suicide of the case’s only suspect Ram Kumar to even the death of Tamil Nadu’s Chief Minister, the official version of events have been repeatedly scrutinized in the public forum. The authorities are no more trying to be a magician hiding their tricks. They are well aware of what people think about their trumped-up versions. Yet, they don't care. Why? May be because the system increasingly show its iron-hand only against the civilly disobedient patriots. It would be futile to state that Visaranai has single-handedly made us doubt anything said by the system. Yet, the closer-to-reality situations reflected in films like Visaranai can push us towards a total paradigm shift. We no longer believe in media, the fourth, powerful pillar of democracy. Because this fourth pillar that ought to stand alone has intermingled and bowed down to the powers that be. Now it is our alleged fifth pillar – social media & internet – is working as the watchdog for media’s biased reports. The great, corporate media houses are no more interested in truth. They can’t be interested in truth, since those media millionaires with black money source are just one court-case or one phone call away from facing jail-term or an income tax raid. In fact, only the good media houses face lot of defamation charges and death threats. In the final, blackened frame of Visaranai, the ‘encounter specialist’ tells how the media could manipulate people on how it highlights or prioritizes a particular event over the others. We can witness it first-hand by going through majority of newspaper or news headlines.

A ‘Visaranai effect’ could be seen in the increasing number of memes or in the explosive arguments circulating around the social media that questions any media report or government’s version. Even a popular magazine has drawn cartoon strips on what might have happened before the death of Chief Minister Jayalalitha. The general problem with media is how it sees everything in black-and-white, taking out the complexity of situation. It still tries to make the general public believe that a hashtag can solve farmer’s death. Of course, the media is fully aware of the endless complexities that run a debased system, but it feels ok to chuck out a simpler version. Nevertheless, we all now have a tool to express our doubts and dissent, which are failed to be expressed by majority of media. A movie like Visaranai or the lesser-seen Kirumi or even Selva Raghavan’s Pudhu Pettai gives us the framework to put forth the doubts we already have on the inner workings of politics and policing. It may open with a title card saying, ‘every character or events depicted is fictional’ although it perfectly mimics the hard realities, known by selected few.

As I mentioned earlier, we need more films like Visaranai to work as an catalyst for provoking the real ‘patriots’  to save the country from the governments. Of course, the paradigm shifts aren’t going to provide any immediate resolutions. Any how, it’s worth being aware of the apathy in our society at least to save our own humanity. The troubling question we need to ask nowadays in this age of information overload: ‘will the paradigm shifts lead to any fruitful changes in the society’; ‘or will it be ignored by the ‘system’ as just another loud noise amidst the cacophony of agonized voices?’