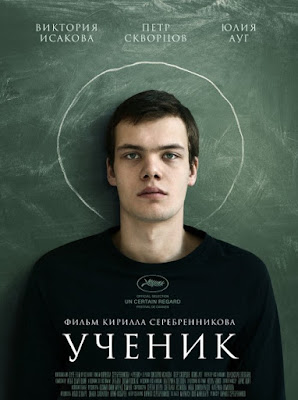 “Puberty is a temporary mental disorder” says a character Kirill Serebrennikov’s unnerving satirical drama The Student (2016). The film’s protagonist Veniamin Yuzhin aka Venya (Pyotr Skvortsov) is not just going through maddening puberty, but also caught by the allure of religious dogma. His teenage angst mixes with fierce dedication to Christianity to stir-up collision between two extreme schools of thought. The movie is both a reflection on the contradictions within Russian schooling system and a universally resonant exploration of the roots of religious zealotry (or religious totalitarianism). The Student is based on German playwright Marius von Mayenburg’s controversial work ‘Martyr’ (The Russian title for the movie (M)uchenik plays with words as muchenik means ‘martyr’ and uchenik means ‘student'). Director Kirill Serebrennikov (made acclaimed films like ‘Playing the Victim’, ‘Betrayal’) made The Student through independent producers, since the Russian government would have waved red-flag due to its political and religious themes. The movie was screened at 2016 Cannes – in Un Certain Regard section.

The Student opens with one of many prolonged, gracefully shot argument scenes (6 minute take) between teenager Venya and his tired single mother (Yuliya Aug). Venya has lanky, chiselled features and cloaked in total black (black t-shirt and jeans) throughout the narrative, except for the few moments he strips his clothing. In the heightened conversation, Venya and his mother move through the closed quarters of apartment, bickering over swimming classes, school life, and his newly found vigorous love for God. Venya often launches into religious tirade, integrating texts from Bible to support his argument. We wonder whether the teenager is just using Bible verses as a means to get to his mother or maybe overturn the whole apparatus of authority. The reason behind Venya’s rejection of swimming classes has spiritual perspective: as per the law recited by God, he is protesting against the bikini-wears of the female classmates. He even jumps into the pool, fully-clothed. 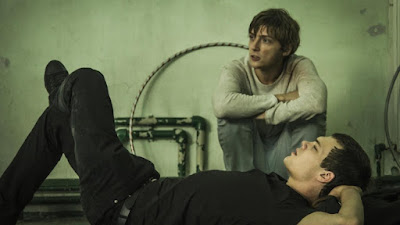 The silly antics of Venya make his mother to seek help from school administration. Headmistress (Svetlana Bragarnik) and most of her faculty finds the boy’s reasoning to be valid and imposes the rule of swim-suits. The open-minded biology teacher Elena (Victoria Isakova) disapproves the decision. In fact, she becomes Venya’s only rival. He launches into violent denunciations right in the middle of her class. It starts with ‘sex-education’ class, and to Elena’s dismay continues in the ‘evolution’ class. Instead of controlling Venya’s outburst and condemning his archaic, fundamentalist views, the headmistress turns a blind-eye, finding Elena’s teachings to be too progressive for the students. “The Church needs more people like you” says the school priest. Venya also attracts adoration from couple of classmates – the class heartthrob Lidia (Aleksandra Revenko) and the bullied Grigoriy (Aleksandr Gorchilin). However, both the classmates’ interests are interested in physical closeness than the spiritual. Moreover, Venya finds it very hard to shake off Grigoriy’s affections for him. Venya also decides to do the ‘necessary’ in order to spread his dominant religious doctrine. 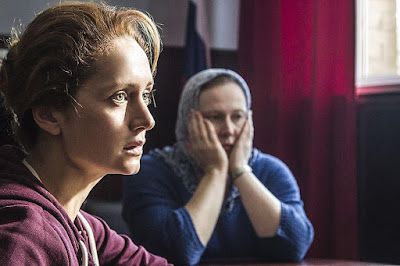 The film reaches fascinating heights when it pits the two ideologically different personalities (Venya and Elena) for the verbal clashes. The teenager’s literal interpretation of the ambiguous scriptures and his rigid recitation of Bible passages disorientate Elena, who is looking to find foothold through scientific reasoning. Nevertheless, the old peoples in authority find it easy to kow-tow to conservatism than progressive ideals. It’s an indictment of the unprecedented rise of orthodoxy in Russia. Furthermore, in a broader sense it explores the little steps that put our societies in the paths of totalitarianism. Director Serebrennikov and DP Vladislav Opelyants (worked in the films of renowned Russian film-maker Nikita Mikhalkov) have done an excellent job in creating this kinetic film-form. Many of the sequences are shot in long takes (after repeated rehearsals). The presence of Venya, dressed in black and speaking with booming voice, starkly reflects the catastrophe he is waiting to unleash. Except for Elena and Venya, Serebrennikov frames other supporting characters as beings solely anchored in bodily existence (by bowing to fundamentalism and clinging to physical desires).

Yet, for all its riveting staging and relevant social commentary, The Student never turns into a profound piece. Part of the reason lies in the characterization, which doesn’t have much depth and even at times threatens to turn into caricatures. Venya’s sermons do tend to cause fatigue in the latter parts, largely because the character remains the same; he doesn’t go through an arc. It is understandable that the pains of adulthood has set him to embrace God (in a fierce manner), but we definitely can’t empathize with him. The same goes for Elena, whose ideals makes us side with her, but we aren’t fully devastated by her emotional conflicts. The glimpse of empathy is seen within Grigoriy, although his character arc offers nothing new (or of importance). Thankfully, the haunting ending and the terrific central performances – from Skvortsov and Isakova – doesn’t completely lessen the impact of the subject matter.

The Student (114 minutes) is an intriguing parable on religious fundamentalism which often serves as point of aggression and terrorism between two individuals or even nations. Despite its on-the-nose symbolism and near-exhausting sermons, its rounds of moral wrestling leave us with lot to contemplate.

at May 17, 2017
Email ThisBlogThis!Share to TwitterShare to FacebookShare to Pinterest
Labels: 2016 Movies, Russian Cinema, Social Drama

This one too looks great.