Top of the Lake (2013-) – An Unsettling, Atmospheric Crime Drama Series 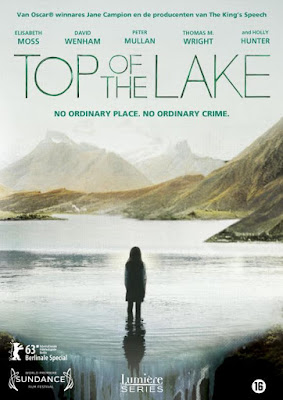 If you want to classify Gerard Lee & Jane Campion’s mini TV Series Top of the Lake, just for the sake of classification, you may call it ‘a feminist crime/drama’. But putting forth such labels is reductive. It doesn’t convey the gorgeous lyricism and the menacing stillness that constitutes for an emotionally cathartic viewing experience. There’s a mystery at the center of Top of the Lake waiting to be solved. Yet, like all best crime fictions, the series is much more than solving crimes. It is about a woman wading through the world of men, filled with dysfunction and abuse. It is an excellent mood piece which while confirming to the genre limits also tries to deconstruct the genre using distinct female perspective. The beautiful as well as baleful small town setting -- marked with big secrets, emotionally detached youngsters, sexual abuse, etc -- reminds us of David Lynch’s cult classic series Twin Peaks minus the abstract Lynchian imagery.

Jane Campion second feature film ‘An Angel at My Table’ (biopic of New Zealand writer Janet Frame) was broadcast as a three part mini-series in New Zealand. But Top of the Lake was solely made for the TV series format by taking up the very familiar crime genre. Campion previously navigated crime territory in her critically and commercially panned movie In the Cut (2003). Although Campion didn’t fully succeed with genre subversion in In the Cut (she didn’t had the free rein), I liked its ominously erotic mood. With 2009’s Bright Star (love story of Fanny Brawne and John Keats), Campion impeccably achieved the restrained poetic tone that’s akin to her prodigious work The Piano (1993). With Top of the Lake, the non-conformist Jane Campion once again weaves a distinctly radical story in an oft used setting. 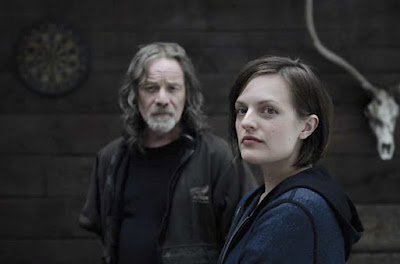 Like Twin Peaks, in the first episode, a corpse washes ashore. But before the episode opens with a distressing image of 12 year old girl walking into the lake. Despair and hopelessness is evident in her stooped shoulders and stiff expressions. 12 Year old Tui Mitcham (Jacqueline Joe), thankfully, is rescued from the lake and taken back to school to be examined by a nurse. Robin Griffin (Elisabeth Moss) is a Sydney detective and child-crime specialist, who is visiting her cancer-stricken mother in Queenstown, New Zeland. Robin receives a call from nearby town (also Robin's hometown) to look over a simple child welfare case. She informs her mother that she will be going away for couple of days. Alas, the small town that withholds Robin’s bruised past keeps her captive.

The school nurse has found out that Tui is five months pregnant. The girl’s father is a baddie named Matt Mitcham (Peter Mullan), the patriarch of a well-connected crime family. Robin makes Tui open up a little, but when she asks who’s responsible for her pregnancy, the girl writes the words ‘NO ONE’ in a little scrap of paper. Robin who has had too much of experience in dealing with sexual assault cases pursues the perpetrator of this statutory rape. Matt is the prime suspect, considering his casual disregard for human emotions and life. Matt, his two beastly sons, and one gentle son named Johnno (Thomas M. Wright) have a past with Robin. Although Matt’s guilt seems to be bit clear in the first episode, he is well-protected and friendly with Robin’s superior Al Parker (David Wenham) so as to be touched that easily. Matt’s hair-trigger temper is also lately on the edge due to the presence of strange women in the town’s idyllic piece of land, aptly named ‘Paradise’. 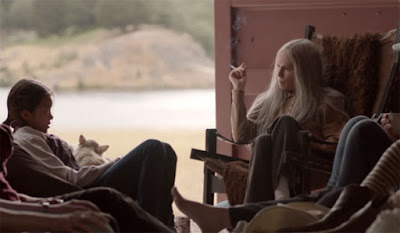 Matt has long desired to own this lakeside heaven (it’s the place his mother has been buried), which has been sold to a plain-spoken spiritual guru GJ (Holly Hunter) and her band of solace-seeking middle-aged women. GJ with her placid face, long white hair, stinging truthful words, and attire of buttoned-up full-hand shirt is the really free human being in this tale. The post-menopausal women of the strange healing group set themselves up in shipping containers. The group comprises of a sex addict, a woman distressed by the loss of her chimpanzee, and victims of abusive marriages. Matt is irritated by GJ, who brushes him off like a Zen monk. After the investigation, Tui to Robin’s disapproval is dropped at her dad’s house. Later, Tui escapes to ‘Paradise’ and spends some time in the women’s camp. Next day, Tui disappears. ‘Is she alive or dead? Who is the father of Tui’s child?’ are the simple questions that drives Robin Griffin deep into the investigation. Gradually, Robin finds parallels to what happened with her to Tui’s case. She may be right or it’s just the disturbing past manipulating her. She says, “I’m the help”, but learns how she first needs to help herself. The search for Tui brings Robin to her knees (literally and figuratively). The long submerged, blistering secrets of the town raises to the surface.

Those who are familiar with the narrative beats of a crime series could easily foretell the alleged twists in the tale. But as I mentioned earlier, Top of the Lake is very compelling because of the way it unfolds. It's clunky at few occasions and unsubtle with some symbolization. Then, there’s the time-worn narrative thread of a case getting too personal for a detective. Yet, for all these familiarity and missteps, it is addictive enough because it examines the ripple effects of the case rather than just tracking the path to the solution. Campion who co-wrote the series with Gerard Lee adheres to certain conventions of the crime fiction format, while also lending a unique female perspective.  The women in the big containers, Robin, her mother, Matt, Johnno, and Tui are contemplating the rippling effects created by bruised past. They may have a face-off with harsh truth, yet it doesn’t free them. All they could do is reinstate some hope, try to move on, and go on surviving. Campion is not just interested in grappling the truth behind Tui’s case; her interest lies as much in examining the women of the town. 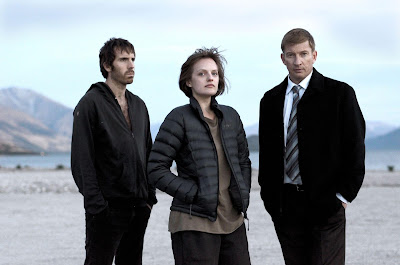 The vital strength to Campion’s writing lies in how she shies away from branding Robin as the female warrior. She arms Robin with few piercing gazes at the male opponents. But Robin is wrapped with her own sense of vulnerability and a mysterious sense of force. It’s the same with the characterization of Matt. Initially, he just comes off a brute. He is person we do hate till the end. However, Campion slowly unfurls the layers of his vulnerability and an air of ambiguity is maintained regarding Tui’s predicament. Campion instills wonderful nuance to other male characters too. The welcome digression in the tale comes with GJ (based on Indian anti-guru UG Krishnamurti) and her troops. Their tragicomic antics balance the show’s much darker elements.  They also don’t comply with the rules of real world, which imprisons the town’s women in a cycle of male violence. Films or series generally dealing with male violence or sexual abuse keeps away from showcasing the sexual urgency or sexual desires of women. But here there’s a lot of passion in the sexual encounters (in the scenes Robin rekindles her love with old flame Johnno).

As always, Jane Campion’s imagery is full of powerful stuffs. The looming snowy peaks, mesmerizing grasslands, and the wilderness looks both disorienting and attractive to look at. Tui riding the horse, shotgun strapped to her back; the naked merry band of women bathing under a falls; grieving mother carrying her dead teenage son from the boat; the weird collection of bones; icy blue streets facing up menacing blue mountains – the visual frames are full of highly influential ones. The superb ensemble cast grabs our attention throughout. Elisabeth Moss (Queen of Earth, Mad Men) offers a triumphant performance as Robin. Initially her character looked like impersonator of Clarice Starling (Silence of the Lambs). But Moss turns Robin into an interesting enigma (laced with strict moral principles as well as paranoia). Unlike other female protagonists of crime TV series, she isn’t portrayed as super-intelligent cop (for eg, Sofia Helin as Saga in “The Bridge”), although she exudes great strength by keeping her feelings closer to the chest (for most occasions). Peter Mullan gives the scene-stealing performance as Matt, while Holly Hunter’s beatific looks and her frank aphorisms are immense joy to behold.

Jane Campion’s Top of the Lake (2013-) is a highly compelling crime/mystery set in a idyllic, Eden-like landscape that’s riddled with violent, fallen men. It’s sure-footed, multi-layered, beautiful, and disturbing like all of Campion’s best works [the second season of this series is all set to be released this year].

at May 06, 2017
Email ThisBlogThis!Share to TwitterShare to FacebookShare to Pinterest
Labels: Thriller, TV series