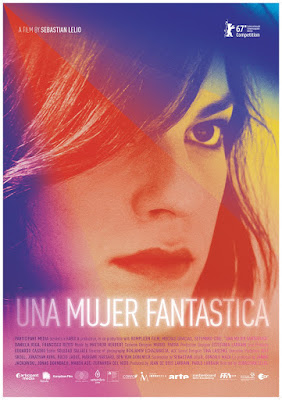 It is no wonder considering the awkward politics of Oscars that Chilean film-maker Sebastian Lelio’s A Fantastic Woman ('Una Mujer Fantastica', 2017) won the ‘Best Foreign Film’ award. Its victory has got much to do with it being considered as a ‘narrative about a trans woman’. That is particularly ironic, considering the movie’s underlying themes. However, it would only be shocking to expect something different from the maddeningly politically correct Academy Awards. By making us and the movie’s protagonist see her image in mirrors at different occasions in the narrative, Mr. Lelio repeatedly insists on how the society’s definition of a person is often at odds with one’s own self-definition. It tries to say, ‘she is who she is’, and any methods to pigeon-hole her in the name of identity is an unnecessary infliction. Of course, few narrative decisions itself somehow reduces the complex individual qualities to pave way for transgender feminist flag-bearing. Moreover, the plotting isn’t its superior quality and despite the vibrant, indelible performance from Daniela Vega, the scripting never makes it a richer, profound exploration of the trans experience. A Fantastic Woman does boast a lot of gratifying qualities, but personally, I felt the other films in the Oscar shortlist were more deserving of the award.

A Fantastic Woman opens in an elegant and tender manner. It starts with an intriguing misdirection, as we witness the routine activities of a sophisticated middle-aged man named Orlando (Francisco Reyes). Lelio’s camera traces the guy’s movements from a sauna to a hotel, office, and then a night club. At the club, Orlando fixes his gaze upon a singer named Marina Vidal (Daniela Vega), and later we see the two celebrating her birthday with a musical cake at a Chinese restaurant. He is in his 50s, and she in her late 20s, but it’s clear they are enchanted by each other, the latest encounter is just part of long succession of loving get-togethers. After dinner, they are together in his apartment, with Marina looking forward to move in soon. Alas, Orlando collapses, falls down long flight of stairs, and dies soon after entering the hospital with the doctor clearly pronouncing ‘aneurysm’ as the cause. Up to this point, we have simply perceived committed relationship between two caring individuals. But it changes with Orlando’s death.

Now Marina’s trans identity is called into question. After announcing the fate of Orlando to his gentle brother Gabo (Luis Gnecco), Marina tries to make herself scarce. She knows the attitudes of deceased man’s ex-wife Sonia (Aline Kuppenheim) and her eldest son, Bruno (Nicolas Saavedra), and their combined disgust for Orlando’s new relationship. Director Lelio doesn’t cook a mystery out of Orlando’s death. But Marina’s gender identity and sudden disappearance from the hospital instantly attracts the attention of local authorities, who are alleged to have been provoked by the scornful family members of Orlando. A police officer asks for her name, and when she says ‘Marina’, he asks again for her ‘real name’. The acts of misgendering or misidentifying her continues in both overt, aggressive ways or in very subtle manner. A female detective reassures Marina that she has sympathy for battered, humiliated individuals like her, but remains suspicious about the bruises Orlando got from falling down the stairs. Just to rule out the possibility of foul play, Marina is subjugated to consent to a humiliating examination. While all Marina wants is to process her grief and figure out life, her body and identity becomes an object of intrigue for others. Although she is often stripped off her dignity, Marina refuses to quietly relegate herself to a corner. She quietly exercises defiance to say final goodbye to her loved one.

A Fantastic Woman mostly comes across as a marriage in themes and styles of prolific German auteur Rainer Werner Fassbinder and Spanish auteur Pedro Almodvar. Be it the symbolical mirror compositions or the striking moment of fantasies (especially the shot of Marina trudging through a windy street), Lelio tries to embeds tasteful melodrama and sentimentalism of those two legendary directors (even though Lelio’s film lacks the edgy, intricate structure found in the works of Fassbinder). Lelio and his co-writer Gonzalo Maza’s script fixates on protagonist at her most intimate moments, but never really gets into her consciousness. By pitting her almost as a lone crusader in the later portions, the complexities of Marina vanishes and is simply turned into a impassive conduit for exhibiting idealistic intentions. Focusing on the marginalized or ostracized character is really not same as deeply offering a portrait of her character. It becomes a character-driven narrative, where the character is just watched, accompanied by certain on-the-nose symbolism. Even if the narrative is only about social stigmatization of Marina, the series of troubles she encounters doesn’t seem complex on the whole. Leilo and Maza’s writing does hit stronger tones in the confrontational scene between Marina and Orlando’s ex-wife. She tries to make sense out of her deceased, ex-husband’s relationship, but little into the conversation, we see her brutal honesty making itself visible. “When I look at you, I don’t know what I’m seeing,” she tells Marina, further adding that she thought Orlando was just ‘perverted’ to choose Marina. Lelio brings out the general contempt trans people are subjected to without overly villianizing or caricaturing the ex-wife character. 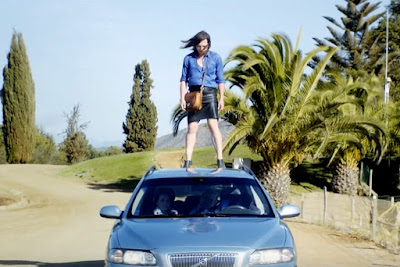 Since Marina’s body is oft prodded or commented upon as if it’s an object, Lelio focuses on how she navigates through the consciously gendered spaces. There aren’t many dramatic visual flourishes, but there’s quiet power in the way camera conveys her looks of loss and challenge. I specifically the visually seductive scene, set in the sauna, when Marina expects to discover some missing link to duly process her grief. Finally, if there’s a reason that makes A Fantastic Woman, a must watch it is Daniela Vega’s ultra-nuanced approach in playing Marina. By making a trans actor like Vega enact the central role, we are spared from the irritating details of how so & so famous male or female actor mentally and physically prepared themselves to assume the role. Vega doesn’t go for big emotions. Her restraint and casual dismissal of other’s disdain looks very natural, as if the life time of ostracism and wrongful sort of attention has imprinted such qualities. Even when the narrative feels like a rhetoric, designed to superficially promote blunt social messages of tolerance, Vega’s towering presence makes it inherently worthwhile to watch. Moreover, one could hope that the actor’s intensity would open the possibility for making of more profound features on transgender experience than Lelio’s A Fantastic Woman.

at May 15, 2018
Email ThisBlogThis!Share to TwitterShare to FacebookShare to Pinterest
Labels: 2017 Movies, Latin American Cinema