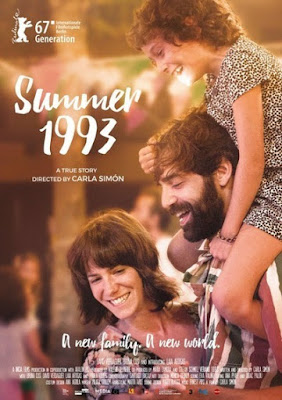 Childhood mentality is a bit hard to interpret in reality and difficult to capture in fiction. A fallacious narrative structure could easily give into sentiment, turning the depthful, oft indecipherable emotions of a child into an uncomplicated exercise in heart-tugging cuteness. More daunting is the task to maturely portray a child’s sense of grief and loss. Rene Clement’s 1952 masterpiece Forbidden James (Jeux interdits), set in 1940 in the backdrop of war, delicately presented an orphaned, traumatized child’s attempt to come to terms with the realities of death. Victor Erice’s spellbinding The Spirit of the Beehive (1973) and Carlos Saura’s searing psychological portrait Cria Cuervos (1976) – both the lead child role played by luminous performer Ana Torrent – also authentically mirrored a child’s perspective, laden with death and abandonment (Del Toro’s seamless blend of fantasy and confounding reality in Pans’ Labyrinth owes a lot to these two movies). Catalan film-maker Carla Simon’s debut feature Summer 1993 (2017) is deeply personal, compared to the hefty sociopolitical undertones encompassing the aforementioned works. Nevertheless, it is yet another artful depiction of a wilful child’s reckoning with traumatic emotions.

Winner of the best first feature prize at Berlin Film Festival (in 2017), director/writer Carla Simon has pursued a subject matter she’s very familiar with. Unfolding like series of recollected memories instead of following a linear three-act structure, Simon channels her own childhood experiences of trying to fit in with the new adopted family after her parents’ death. It’s a visual memoir that’s deeply perceptive, affectionate, and heartfelt but never sentimental. The layer of harsh as well as poignant truths the film bestows upon us resolutely tells how a familiar story can remain anew when ingrained with skillful subtlety. Carla Simon’s intention from the very shot is to delineate the inexpressible sense of isolation, blind fury, and displacement faced by the six-year-old motherless child, Frida (Laia Artigas). In the opening scenes, the camera first hangs behind the six-year-old and then attunes to Frida’s quiet upward gaze as the fireworks are exploding above.  Despite the festivities outside, Frida’s boxed-in view of the world tells something about her tumultuous inner-state. Frida is leaving her extended family (aunts and grandparents) in Barcelona to live with her uncle Esteve (David Verdaguer), aunt Marga (Bruna Cusi), and lively little Cousin Anna (Paula Robles) in their idyllic country home. The new family and quiet country life isn’t obviously easy to adjust for little Frida. Nevertheless, her new parents are caring. Moreover, she now has a wonderful playmate and a sister. The narrative spends time to account the daily activities of Frida who is simultaneously lost in feelings of happiness and underlying pain.  Carla Simon doesn’t straight-forwardly convey the circumstances surrounding Frida’s mother’s death, but she gives little hints. A doctor rigorously subjects Frida to series of tests. A casual play-date with local children ends embarrassing when Frida falls down and scraps her knee, causing panic among aunt Marga and other parents. Frida also doesn’t understand the significance of her aunt/new mom tending her wounds after wearing rubber gloves. The fictional mother and Simon’s mother died due to HIV virus. It was an era when unfounded fear regarding AIDS transmission unsettled the society. This social stigma of the 1990s is so subtly portrayed that it could even be missed. These crucial plot points relegated to background doesn't stop us from wholly understanding certain scene’s purpose and emotional truth. The subtlety also helps in not single-mindedly labeling Frida as an outcast. 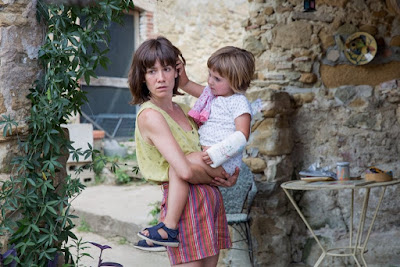 Summer 1993 in many ways works as a deeply affecting examination of childhood psychology. Frida’s sudden antagonism and jealousy directed towards little Anna (in one sequence she leaves the younger girl behind in the woods and lies to Marga about it), her feelings of fear and genuine concern when Marga feels sick, and the tantrum Frida throws when the visiting grandparents are about to leave, all such delicate small moments displays how a child responds to perplexing feelings of grief and loneliness. But the movie’s unfaltering strength lies in the way it avoids sensationalizing the narrative for few cathartic, heart-breaking moments. And despite the authentic treatment of the girl’s trauma, the children’s capability for resilience and love isn’t underplayed. Director Simon also doesn’t make us doubt about Frida’s interest in coping with her new family.

The tale might be simple, it’s ending easily foreseeable, but the texture and performances, diffused with air of authenticity, leaves a lasting impact. A lot of scenes involving Frida and Anna are filmed in a remarkably natural manner. Although scripted, the exchanges between the two children have superb dynamics. In one funny, static shot Frida dons make-up, wears sunglasses, her hands holding a faux-cigarette playing a caricature of mom and bosses around Anna. While the interaction between Frida and Anna is so entertaining, I found the undulating relationship between Frida and Marga more heart-breaking. Frida constantly tests her limits with Marga, pushing to see how much she can get away with. The girl’s gambit goes bad after it leaves Anna with an injury. Later, it’s touching to see how Frida tries to smooth things with her new mom, dreading that she would be once again displaced. The adult characters were also sensitively observed. The grandparents uncontrollably dote on Frida. The grandmother repeatedly tries to instill religious faith in Frida, the lack of which they may feel is what lead to their daughter’s shortcomings. The conflict between Marga and grandmother in disciplining Frida is also observed with nuance. Marga’s general wariness alongside her commitment to include Frida into their lives acutely showcases the ebb and flow of family life. 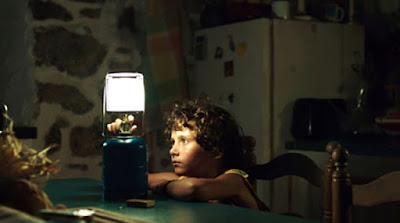 Simon’s sun-drenched cinematography of the lush setting of the Catalonian countryside imparts warmth and intimacy like the natural characterizations. Director Simon has controlled every little detail in the performances and setting which rather comes across as intuitive and natural. But formal devices are almost unnoticeable, demonstrating how much can be expressed with an observant camera without being showy. The performances are dominant aspect of Summer 1993. Laia Artigas is as brilliant as Ana Torrent in emoting the inner state of a troubled child. Laia and Paula’s casting is said to have taken more than 6 months and the narrative’s episodic, small moments largely works due to their unaffected, naturalistic presence. Frida’s bottled emotional pain could almost be traced in Laia’s face and hence it’s a huge cathartic moment when the girl, late in the film, sports a warm giggle. Cusi shines in her role (Marga) despite Simon’s kid-centric approach.

Summer 1993 (97 minutes) is a nuanced and heartwarming tale of a little girl overcoming tragedy while attempting to tap into the unconditional love of her new adoptive family. Thankfully, it never exploits the child’s emotional stakes for melodramatic entertainment and rather gets enriched by the narrative’s complex, psychological layers.

Beautifully written post about what seems to be a beautiful film!