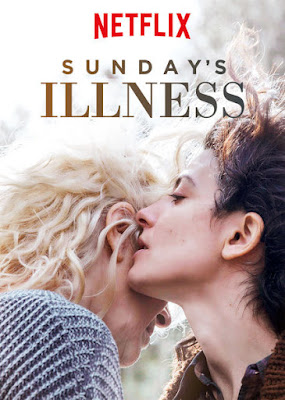 Although Spanish film-maker Ramon Salazar’s exquisitely crafted feature-film Sunday’s Illness (‘La Enfermedad del Domingo’, 2018) has had a Netflix release and screened at this year’s Berlin Film Festival, it has so far seems to have a muted reception. It could very well be one of the hidden gems of 2018 and would listed as such while reminiscing on the year’s cinema. On the outset Sunday’s Illness looks like an unambiguous, melancholic family drama, a mother-daughter reunion with its own miasma of emotional baggage. But what stops the movie from getting shuffled among the array of parental reunion dramas are the beautiful display of craft and irrefutably outstanding performances.

Ramon Salazar’s characters never explicitly state anything and his visual approach too hints at possible developments through neatly constructed foreshadows. He opens the movie in dense woods, capturing the large, intimidating trees whose firm roots courses through earth like veins. A woman slowly walks through the forest and stands looking at the hollowed-out space of a gigantic tree trunk. The shot cuts to a palatial mansion. An immaculately dressed elderly woman walks with an air of authority to her dining room. Her heel catches up with the gown and she briefly stumbles. A gaze into a sort of abyss and an unforeseen stumble hints of what’s to come. There’s something unsettling and eerie in director Salazar’s tone at least for the first half-hour. It nearly appears to be an art-house revenge/horror flick that may reveal its sinister core any time. Nevertheless, the narrative takes a more emotional approach; the lack of overt showcase of feelings and long silences may seem dry for some, but I felt that it’s part of the narrative’s authentic, powerful emotional force. 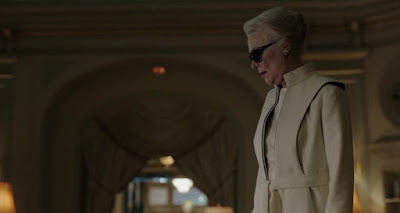 Wealthy Barcelonian socialite Anabel (Susi Sanchez) has hired a team of waiters for her lavish charity dinner. She curtly briefs them on the code of conduct. Chiara (Barbara Lennie) is one of the waiters. Her presence upsets Anabel for unknown reasons. It turns out that Anabel is Chiara’s mother whom she abandoned 35 years earlier (when Chiara was 8 years old). Chiara has grown up with her father, but the mother’s abandonment has profoundly affected her in myriad ways. Anabel has married again and basks in high-profile life-style with husband Bernabe. Later, Anabel meets Chiara and hears her daughter’s strange request: to spend 10 days at her rural home, situated in the picturesque and isolated French Pyreenes. Anabel and her husband don’t know what to make of this request and they engage a lawyer to make Chiara sign a contract. Chiara agrees to not make contact with her mother after the 10-day stay. The mother and daughter leave the city behind, and the narrative follows them testing the complexities involved in their strained relationship. Anabel also persistently wonders about the real reason for Chiara’s request (of course the hint is laid bare in the title). 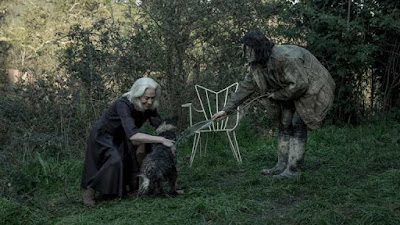 The initial, unspoken eeriness generates plenty of emotional tension. The threat of violence (the dying seagull) and psychological torture (the false story about the dog abandoned in a well) heavily hangs in the air. Moreover, the glacial pace combined with the atmosphere of silence and festering resentment subliminally points out to inevitable explosion of emotions. But our early suspicions gradually disintegrate as the mother & daughter bring down those figurative armors and face masks to allow deep feelings of compassion and resilience to slightly change their composure. The self-destruction, confusion, anger and anguish that’s pervaded Chiara’s life for 35 years charges each scene with powerful emotional undercurrent which is encountered by Anabel with a bit of gracefulness, stoicism, and remorse. Mistrust and anger is never fully dispelled from their damaged relationship, although it’s riveting to watch them comprehending each other’s emotional baggage.

DP Ricardo de Gracia and director Salazar's carefully calculated design of tone and images may feel a bit schematic at times. However, the topnotch performances at the center retain the narrative’s ethereal quality from first till end. Susi Sanchez and Barbare Lennie’s ability to bring emotional complexity with sparse dialogues stands as a testament to the film’s brilliance. I liked the carnival scene, where Anabel first watches Chiara joyfully riding a carousel and later whisks her drunken daughter from a groping, drunk stranger. Lennie devastatingly expresses her character’s yearning for rescue and Sanchez’ subtly conveys the power of parental connection. Then there’s a long, wordless shot of mother & daughter riding a high-speed monorail through the forest which evokes set of emotions that couldn’t easily be put into words (if the scene is a metaphor for ‘something’ I couldn’t figure it out). 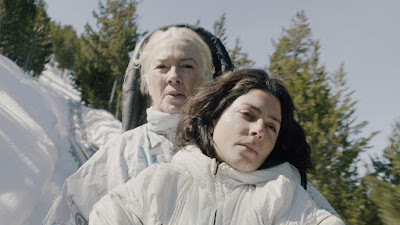 Salazar’s writing never let the characters to be ruled by their emotions. He doesn’t pretend to divulge 35 years of buried feelings in the span of 10 days. Yet the director fleetingly discloses some of the emotions in a creative and indirect manner. For example, the scene Anabel starts dancing, thinking that Chiara is not at home. Her face is stern and her moves are awkward, but slowly the hard shell seems to crack and she seems to search for liberation/emotional release through the dance movements. Even the two characters’ contrasting costume choices tells a lot about them (Chiara wears out-dated dress since she’s still stuck at the time her mother left). The wondrous aesthetics keeps us in its grip even when the story takes a foreseeable path. Be it the dilapidated farmhouse or the bright interiors of a French restaurant, the images appears like an enchanting painting. The elegant scene transition that employs the sound of a shutter is equally fascinating, bestowing the feel of observing snapshots of mother-daughter’s emotional evolution. In the end, Sunday’s Illness may not have a strong puzzle to make us entirely surprised by its final revelation, but the extraordinary performances and stunningly beautiful visuals garnered my full attention.