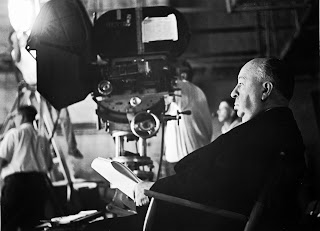 Alfred Hitchcock was the most well-known director to the general public, as "Master of Suspense," but he is also considered one of the greatest film directors in the history of cinema. He himself was as mysterious, as the plot of his movies. He was born in 1899 in Leyonstone, London. Raised as a strict Catholic, Hitch had very much of a regular upbringing.


Hitchcock Quotes:
"Even my failures make money and become classics a year after I make them."
"There is no terror in the bang, only in the anticipation of it."
"The length of a film should be directly related to the endurance of the human bladder."
"This paperback is very interesting, but I find it will never replace a hardcover book -- it makes a very poor doorstop."
"I am scared easily, here is a list of my adrenaline-production: 1: small children, 2: policemen, 3: high places, 4: that my next movie will not be as good as the last one. "
Hitchcock is a creative genius, inspired the adjective "Hitchcockian" for suspense thrillers. Throughout his long career, Hitchcock made 53 feature-length films. Yet he frequently complained about his loneliness and his fear of death, even as he was hailed, even in the last moments of his life, as one of the film industry's greatest directors of all time. Perhaps the darkness of his nature not only led Alfred Hitchcock to attain worldwide acclaim, but also prevented him from enjoying it.

He was the best...
The fact that the great master of suspense never got any oscars surprises me.