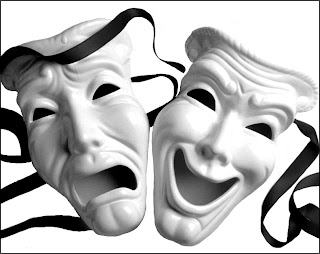 Method acting became popular in the late fifities, when students were trained by Lee Strasberg and Stella Adler.

What is Method Acting?
The “Method Acting” requires a performer to draw on his or her own self, on experiences, memories, and emotions that could inform a characterization and shape how a character might speak or move. Characters were thus shown to speak and gesture in a manner one would use in private life; rather than being stereotyped figures representing a single concept (the hero, the villain, the heroine).

Here are some of the best actors who gave everything, sometimes even their life to get into a character for a movie:

Daniel Day Lewis : He is a two-time oscar winner, and was nominated four times. Daniel spent three years to get into the role of Daniel Plainview, a oil prospector in the movie 'There will be blood.' In the movie, 'My left foot' he did a character of person with cerebral palsy. Daniel refused to leave his character’s wheelchair, spoke in the broken dialect of an individual afflicted with cerebral palsy and even had crew members feed him. The hard work won the actor his first Oscar.
For the movie, 'In the name of father', he slept in prison and ate prison food, to do role of a inmate. He trained as a butcher and caught pneumonia for Scorsese's 'Gangs of New york.'He made only 16 films in his 28 year film career, because of the dedication he gave to each roles. These are just few examples of his commitment towards acting.

Marlon Brando : He is the godfather of  method acting. Brando received 8 oscar nominations and won two. He spent a full month confined to a veteran’s hospital in preparation for his debut film “The Men.” Brando auditioned for the role of Vito Corleone, putting on make-up by stuffing Kleenex in his cheeks and worked out the characterization infront of a mirror.


Robert De Niro : He won his second oscar for his role of Jake la Motta in 'Raging Bull.' De Niro worked out to achieve a lean, muscular body and then gained over 60 pounds for the film’s climax as a washed-up old boxer. He also trained with a boxer for a year. He is a left-hand user, but he trained himself to write in right-hand for the movie 'Taxi Driver.' De niro is the best, because he stresses himself to prepare for a role mentally.


Al Pacino : Al was nominated 8 times for oscars and 14 times for Golden Globes. To prepare for a role, Al Pacino always isolates himself on and off-screen.
Pacino on his acting: "I'm sorry to say it, but it was all a drag doing those things. When I was younger, making films, I would try to stay in the role and be in a state of isolation, both on and off set. If I were to go back, I would tell myself, 'You don't have to do that all the time, Al. Just be yourself, and only when it's time to act, only then get into the role." Al Pacino is also co-president of the Actors Studio, where he studied method acting.

Dustin Hoffman : He had won two oscars for 'Rain Man' and Kramer Vs Kramer' and numerous other awards. He has played deeply serious roles in films like “Kramer v. Kramer,” totally transforming roles like “Rainman,” and hilarious roles like “Tootsie.” In every instance he is completely believable and great at what he does. In 'Marathon Man' there was a scene, where his character was tortured without sleep for 3 days. To film this scene, he really didn't sleep for three days.


Jack Nicholson : He received twelve Oscar nominations in his career, the most of any male actor as of 2010, and he won three times. Jack on method acting, "I was talking to Sean Penn on the phone today. I told him it was interesting that they managed to leave me off this long list of Method actors they'd published in some article. I told him, "I'm still fooling them!" I consider it an accomplishment. Because there's probably no one who understands Method acting better academically than I do, or actually uses it more in his work. But it's funny -- nobody really sees that. It's perception versus reality, I suppose."

Christian Bale : He is one of the best method actor of this generation, recently won his oscar for 'The Fighter.' In 2004, Bale dropped to 120 pounds for the film “The Machinist” before working out and gaining almost 100 pounds six months later for his role as Batman in Christopher Nolan’s 2005 film “Batman Begins." The cycle of reducing weight and gaining it back is going on upto now. 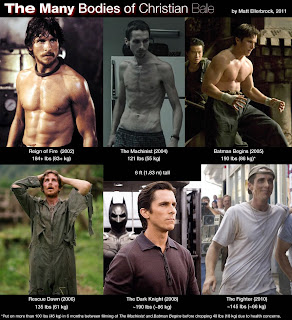 Heath Ledger : Heath Ledger’s method acting work affected his health while filming “The Dark Knight.”  In an interview with the New York Times, he said he felt exhausted and refused to let his mind stop. He filled notebooks with strange, off-the-wall writings as he buried himself in the persona of The Joker. His hard work paid off; he posthumously won an Oscar for the performance.

Adrien Brody : He won his oscar for Polanski's 'The Pianist.' To prepare for his role as a man who lived in a war-torn Warsaw, Brody gave up his car and apartment because he felt he owed it to the Polish Jews he represented in the movie.


Edward Norton : He is another actor who studies the method acting techniques. Norton was nominated for his first oscar in his debut movie, 'Primal Fear.' He gained 60 pounds for the movie 'American History X', to portray the role Neo-Nazi.

In India, Kamal Hassan is the pioneer in method acting. Kamal has attended workshops for make-up techniques in US for several years and once trained as a make-up man under Michael Westmore. He strains himself for each roles, and sometimes takes upto six hours to apply a make-up for even a small role in a movie.
All these performers, mostly didn't had any box-office success for their powerful roles. But they just gave us these roles, as a great and true artist.
I might have left-out many great actors in this list. These are just few examples to show-case the tortures and difficulty a performer went through for a movie. There are many other great actors in India and world-wide, other than the ones in this list too.


at December 22, 2011
Email ThisBlogThis!Share to TwitterShare to FacebookShare to Pinterest
Labels: Hollywood Movies

De Niro, Pacino, Brando are like the living institutions of acting.

Heath Ledger was too promising in Brokeback Mountain, The Dark Knight. But fate had other plans for him. :(

And for Christian Bale, no words. His performances in Prestige, American psycho, two Batman films, The Fighter and many more yet to come will make him one of the best and well known actors ever. The Machinist was the best any actor could ever get. :)