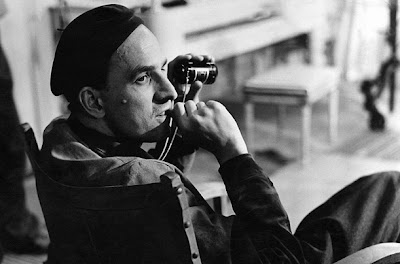 A mature, artistic cinema provokes the viewer into an intimate engagement in which a range of uncomfortable feelings are opened up, shared and laid bare. One of those mature and brilliant directors of all time is Ingmar Bergman, who radically altered the nature and meaning of the motion-picture form. He transfigured a medium long devoted to spectacle into an art capable of profoundly personal meditations into the myriad struggles facing the psyche and the soul.

Bergman reveals our life as moral and spiritual beings constituted by some fundamental kinds of experience and their interrelationships. These moments occur throughout Bergman's films in many variations and combinations. They are the seminal moments of judgment, abandonment, passion, shame, and vision. Together they delineate the kind of journey life is and the kind of road it must travel. They are "plot points" through which all of Bergman's stories develop, and they provide the framework for understanding Bergman's films and his achievement as a artist and a philosopher.

The Joy of Life
Bergman's career is dominated by the great synoptic films of the 1950's in which his central filmic images are formed and is in fact portrayed not as merciless, but as always offering rebirth and renewal. This period had culminated, with the poetry of 'The Seventh Seal,' the transcendence of 'Wild Strawberries,' and with the most gentle 'Smiles of Summer Night.' 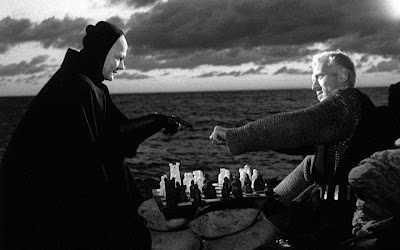 The fragile hopefulness of his films in the 40's is transformed by the films of 50's into a more comprehensive and archetypal picture of life that celebrated the cycle and rhythms of coming to be and perishing. In these works, there is joy and lyricism. They are in love with life, accepting it unconditionally with their eyes wide open and celebrating its gift that is too often lost or hidden.
Cinema of Ruins
The great synopsis ended after nearly twenty years, with the 'philosophical' trilogy of  Through a Glass Darkly (1961), Winter Light (1963), and The Silence (1963). The joy of life was gone, and flourishing a reclaimed life was the theme. This period extended from Persona to After the Rehaersal. What develops during this time is very much a cinema of ruins and remnants, on the one hand, and replacements and substitutions on the other. 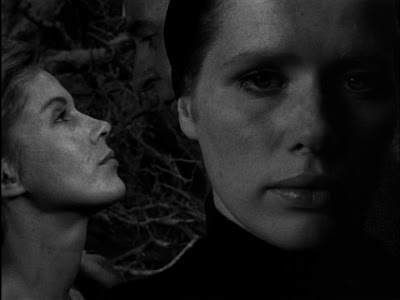 The five films of the late 1960's represents the bottom of the abyss and the point of Bergman's doubt and despair. These are also the films in which he seems most self-conscious about film itself and his own artistry. Two of his greatest achievements -- Persona (1966) and Shame-- come from this time, as does his darkest and perhaps most hateful film, The Rite (1969). 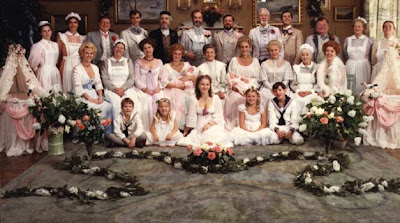 Fanny And Alexander  may be regarded as both an epilogue to all this and a valiant attempt to reassert the optimism and essential goodness of the world portrayed in the films of the great synopsis of the 1950's. It is also origins of the artist and of Bergman's own art. After 1984, Bergman made a short film about his mother, Karin's Face, directed for the stage and television, and wrote memoirs. On July 30, 2007, he died on his island of Faro at age 89.
Trivia
Ingmar Bergman Quotes
"No form of art goes beyond ordinary consciousness as film does, straight to our emotions, deep into the twilight room of the soul."
"I'd prostitute my talents if it would further my cause, steal if there was no way out, killing my friends or anyone else if it would help my art."
"My basic view of things is - not to have any basic view of things. From having been exceedingly dogmatic, my views on life have gradually dissolved. They don't exist any longer."
"To shoot a film is to organize an entire universe."
Bergman throughout his work was concerned with a common set of themes, situations, feelings, and images as he probes this question, whether life offers either mercy or meaning. The heart of Bergman's achievement is moral and philosophic. Bergman is a 'filmic thinker,' who addressed the issue of 'human condition.' He left behind a body of work in the cinematic and literary realms to far outstrip that of almost anyone -- a work whose reputation would live centuries beyond its creator.
Ingmar Bergman - Wikipedia
at May 21, 2012
Email ThisBlogThis!Share to TwitterShare to FacebookShare to Pinterest
Labels: Masters of Cinema

Yep, I love his works...his hidden religious satirical pieces, the way he picks on cultural and religious metaphor, his choice of characters...I love his movies! Thanks for an great review!

Yes i love it.