Silenced -- An Expose of a Harrowing Social Injustice 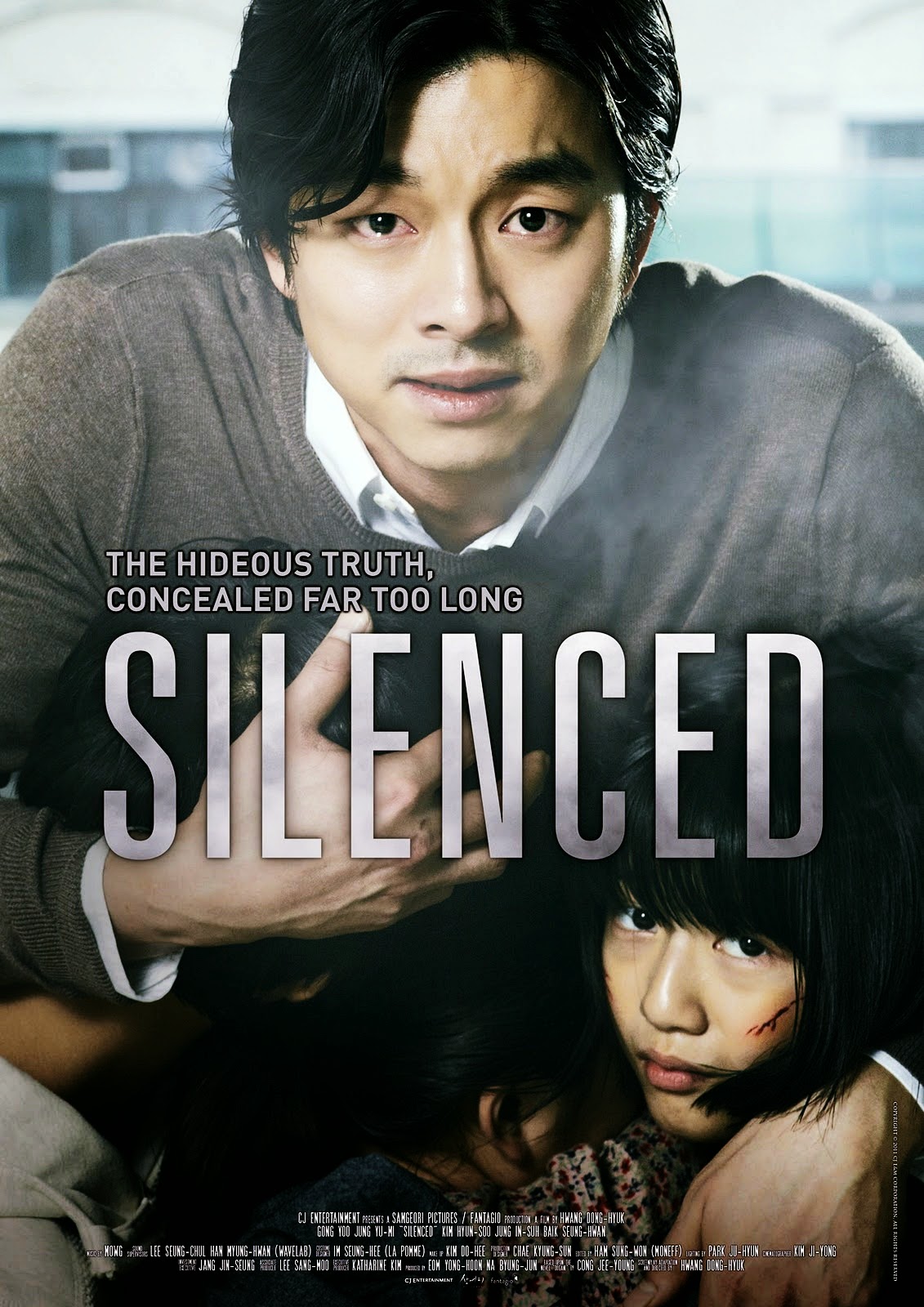 Hwang Dong-hyuk’s “Silenced” (“Dogani”, 2011) makes us speechless because of its unbridled depiction of sexual, physical and corporal abuse in a Korean school for the hearing-impaired. The film is based on the 2009 controversial online novel ‘Dogani’ by Cong Jee-young. The novel sparked uproar as this case of abuse was little known in South Korea. The movie caused a great public stir and sold over 3 million tickets in its domestic release, although the film-maker dealt with one of the most taboo issue within cinema. Reviewing a movie like “Silenced” is a bit different. It deals with an explosive topic, where our own emotional response masters over the critical one. Hwang Dong-hyuk’s bold attempt to raise the public awareness on a case of deep-rooted social injustice is commendable, but some of his visceral choices are forceful and refutable.

Gong Yoo (Kang In-ho) is a single father with a sick daughter. He finds a job as art teacher at Ja-ae academy – a boarding school for hearing-impaired children – situated in a small town named ‘Muijin’, which is always in a cloak of fog. Leaving the daughter with his mother, Gong Yoo travels in a car to the town, while the film cuts away to show a young boy limping towards a dark railway tunnel (the boy stands in front of train and is killed). He encounters Seo Yoo-jin (Jeong Yu-mi), a social worker, after a roadkill incident. She drops him at the school, where he is introduced to eerie identical twins: Lee Kang-bok, the Headmaster and Kang-suk, the admin head.

The admin head barefacedly exhorts money from Gong Yoo (50 million won) – a prerequisite for the employment -- in the name of ‘school investment fund’. After settling in, Gong yoo quickly realizes that there is something gravely wrong with some children. The recoil from his enthusiastic efforts to bond and he sees an emptiness in their eyes. He is shocked to see a fellow teacher, Park clobbering a student in front of all the indifferent faculties. One day he hears dreadful screams from the ladies toilet. The next day he catches an after-school instructor dunking a girl’s head -- Yeon-du (Kim Hyun-soo) – in a washing machine. 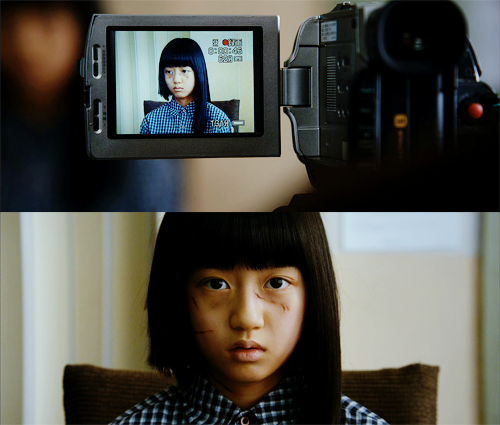 Yeon-du passes out and she is admitted into a hospital by Gong yoo. He also calls for Seo Yoon-jin’s help. In the hospital Yeon-du conveys through sign language, the sexual and physical abuses she and other two students suffered in the hands of Headmaster, Admin Head and the teacher, Park. The children’s statements, narrated by Gong yoo, are recorded by the local human rights activist. The local police chief, who is one the pay-roll of Head master isn’t interested in the truth or the case. But, after media’s involvement, the three monstrous perpetrators are arrested. The next half of the film follows the court trial. The children fight for justice in a judicial system, which is as perverted as the minds of the perpetrators.


“Silenced” is extremely painful to watch. Director Dong-hyuk doesn’t hold back, especially in the graphic re-enactment scenes. I felt the children’s sign language explanations about the horrific ordeal itself are enough to shook up a viewer, but the film-maker goes a bit far in portraying the children’s helplessness. Although, these graphic scenes are well edited, they are not absolutely necessary to convey a child’s trauma. Nonetheless, the director must be appraised for shedding sentimentality and perfectly using the silences. Metaphors abound in this movie, especially the opening fog sequence, which intimates the moral obscurity. In the final shot, we see Gong yoo, standing apart, and watching the hoarding of the fog-covered town. In the first scene, the protagonist wanders into that obscure town like the other teachers before him, who all turned a blind eye to get a permanent job in Seoul. The final scene shows that he has come clean by fighting for what’s right, despite all those series of hurdles (Yoo-jin’s letter to Gong yoo is read in the background: “the reason we are fighting so hard, is not to change the world, but instead not to let the world change us.”).

Director Dong-hyuk fittingly adopts many mainstream genre conventions to develop the eerie atmosphere for the story that eventually leads to an incendiary conclusion. The film is also about a society, where the rich uses their rights to wreak havoc over the misfortunate people. The public protest towards the climax and the following police brutality shows how the society’s have and have-not’s are handled. Dong-hyuk deeply criticizes Korean society (or for that matter, any money-minded society), where a judge gives a free pass to gruesome criminals for having done some good things (donating money) in the past; where people are ready to sell the truth for a promotion. Although, the subject matter is very bleak, the director tinges the film with some light moments whenever possible (the sunset scene in the beach, where the children walk with Goon yoo and Yoo-jin).

Gong Yoo as the protagonist isn’t exceptional, but rightly conveys the emptiness through his eyes. The strongest performances come from the three children. Their emotional displays of pain, hope, despair, resilience and confusion are the driving force of the narrative. The scene where Yeon-du outsmarts the defense lawyer is the film’s most uplifting moment. “Silenced” is also one of those rare movies that made some difference in the society. The film created hysterical reactions among the movie-going public of South Korea. Many petitions were filed and protests sprung up asking the government to take action on the accused. A new bill (“Dogani” bill) was then passed by the South Korean government to impose tougher sentences on people who sexually abuse the disabled. The school which perpetrated all these horrific abuses was eventually shut down and the collective anger led to the case being re-opened and pulled back those monsters into the court. 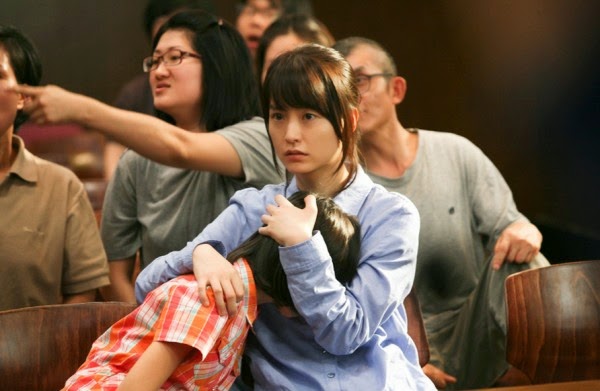 “Silenced” (124 minutes) will haunt the viewer long after its affecting conclusion. It asks important and genuine questions about child abuse and legal process, where favoritism and corruption obstructs justice.

Silenced aka The Crucible -- IMDb

It is indeed a heart wrenching theme. I cannot bring myself to watch it because of the mental havoc it will cause. But the society really needs such kind of movies and am glad it created the stir it did.