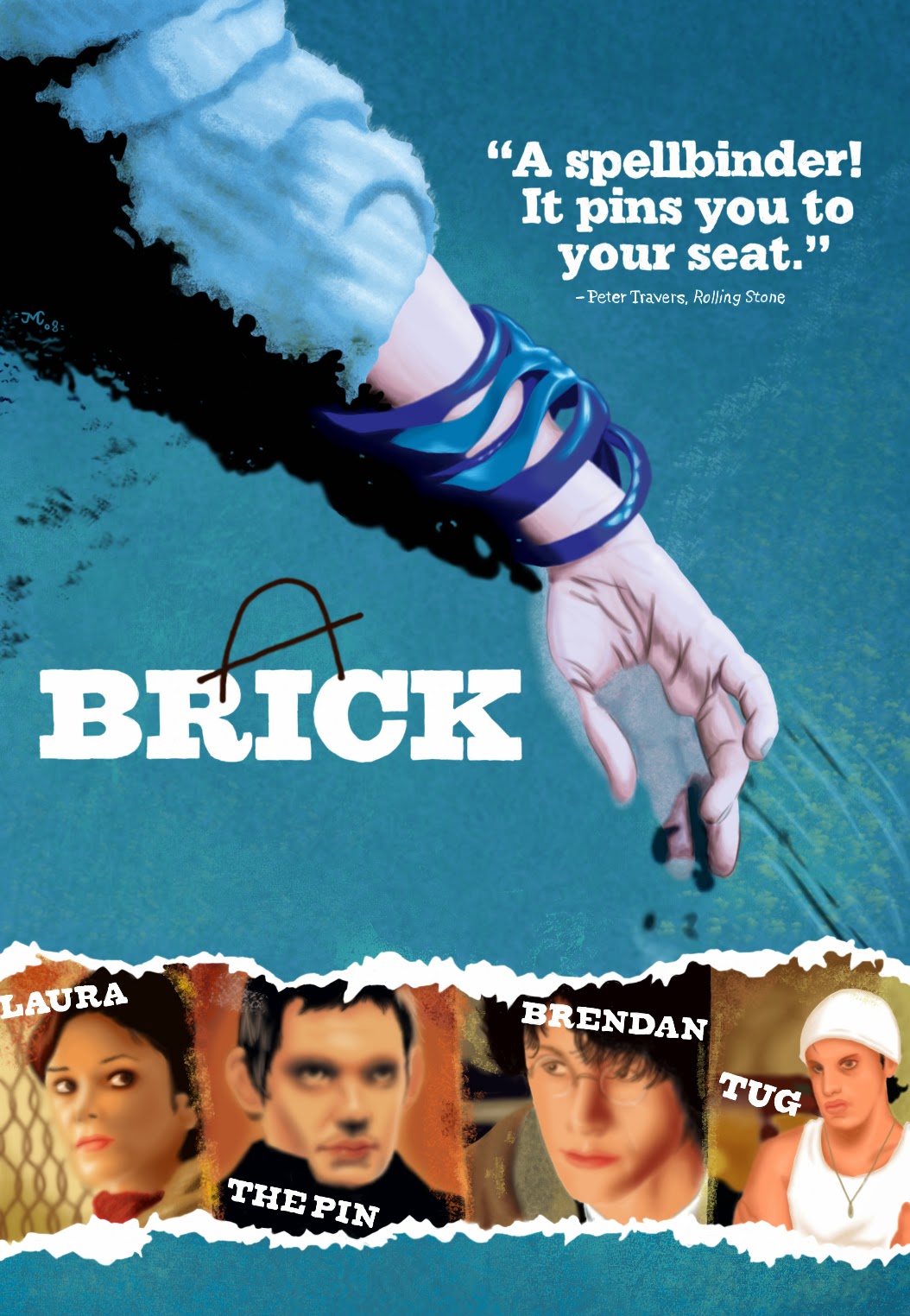 Alienated protagonist, convoluted schemes, deadpan coolness, group of losers and goons, femme fatales, hard-boiled dialogues, and fast-paced logic were all the significant ingredients of ‘Film-Noir’ genre (the era of “Maltese Falcon", “The Big Sleep”, Humphrey Bogart, Raymond Chandler etc). Director Rian Johnson (“Looper”), in his debut indie film, “Brick” (2006) took that age old Film-Noir setting and lays it among the teenagers of a Californian school. ‘A high school noir’ may sound ridiculous and could be perceived as a gimmick or spoof, but “Brick” finely realizes the beauty of film-noir. It elegantly weaves a mystery with little clues and red herrings. However, you need to give some time for the film to settle as the cast of mostly unknown actors speak in a slang-laden dialogue that’s little hard to grasp.

The film starts with Brendan (Joseph Gordon-Levitt), a loner and slacker, discovering the corpse of his ex-girl friend Emily (Emilie de Ravin). A flashback establishes how Emily dumped Brendan to hang out with the school’s druggie crowd. Brendan stands apart from the crowd and is defined by his preference for eating lunch alone around the back of the school. He despises the drug crowd, Emily runs in, craving for a chance to save her. He gets such opportunity when Emily, two days before her death, in a state of panic calls Brendan and vaguely asks for his help. A little later she asks him to disregard the fuss. However, Brendan asks for the assistance of class geek Brain (Matt O’Leary) to understand his school’s criminal culture. 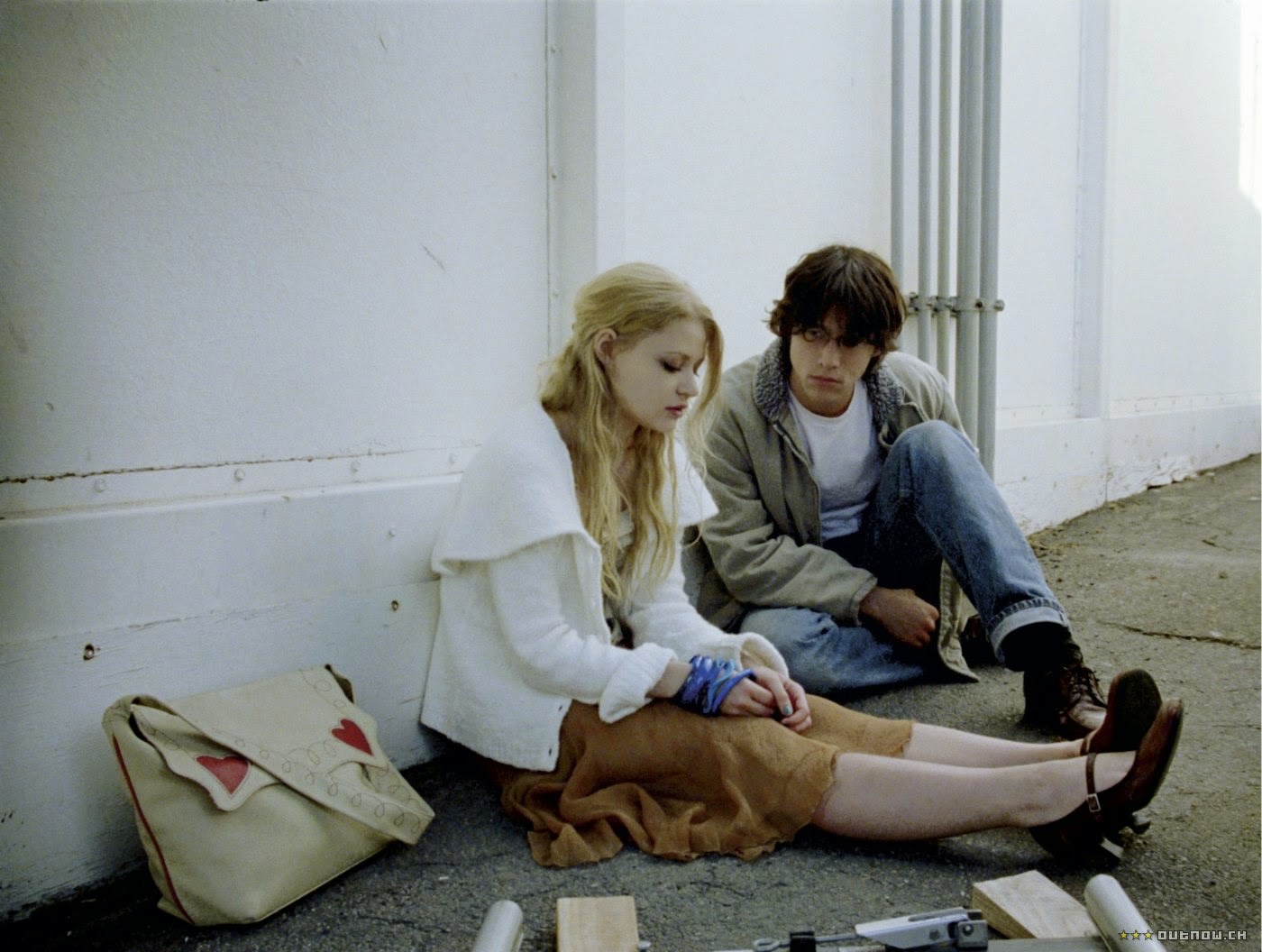 Brain is a friendless, bespectacled nerd, who knows, hears and sees all the activities. Brendan, in his last meeting with Emily hears her utter some code words like ‘The Pin’ and ‘Brick’. Through the help of Brain he understands the meaning of those words, and after finding Emily’s corpse, Brendan hides it inside the storm-drain tunnel. Now, he wants to find the killer by himself and starts to climb into that criminal society by first punching at the knucklehead footballer Brad. Soon, he gets the attention of thugs and local drug lord. For the most part, adults and lawmen stay in the background. 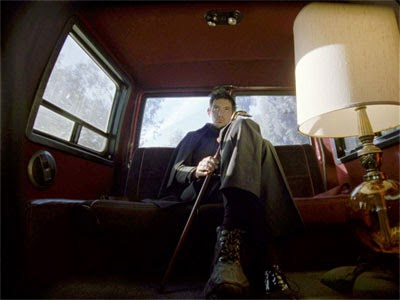 The movie tries very hard in finding the parallels for classic film-noir figures. The drug lord (Luke Haas) works in a wood-paneled room, situated in the basement of his parents’ house. He has a limp and a stylishly designed cane. When we first look at the guy, he looks like a mollycoddled school boy. He beats up Brendan and then negotiates with cookies and juice, served by his mother. Although this character is little preposterous and comic, director Johnson plays it straight and slowly establishes the inevitability of the character. Other archetype noir characters are: Tugger, the homicidal hired thug and Laura (Nora Zehetner), rich kid with smart mouth, who likes to turn her men into lapdogs. 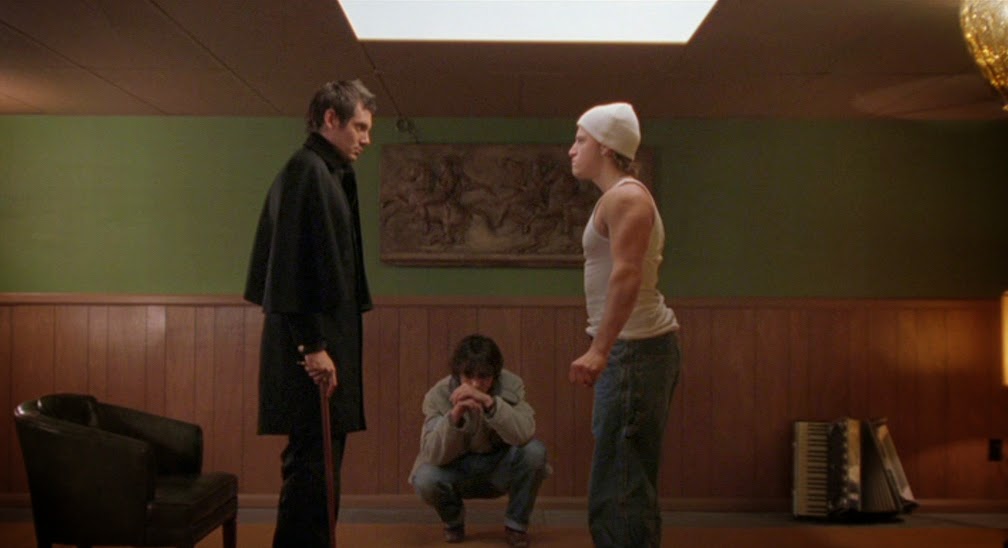 Visually, Rian Johnson perfectly replaces the old noir setting with that of high school atmosphere. The softly bright black-and-white is substituted by washed-out indie setting; the school corridors and playgrounds seems to represent the shady cities of film-noir, where cynics wander around. Johnson has also wonderfully employed some in-camera effects, especially in a dream sequence. In another stylistic shot, the camera marvelously creates an illusion of high-speeding car quickly approaching. Apart from various homages to classic Film-Noir (“Maltese Falcon”), some of the film’s moments are reminiscent of David Lynch: the initial shot of the corpse is evocative of “Twin Peaks”; the outline of drug lord’s face set amongst the dark setting; and the colorful, empty office of ‘the pin’. Gordon-Levitt gives a wonderful deadpan performance as Brendan, incorporating his character’s depth of feeling. The one vital thing that might go against the film is the ungraspable lingo. Thankfully, in the IMDb ‘FAQ’ section for ‘Brick’, number of slang words and its appropriate English meaning are listed.

“Brick” (110 minutes) may not work for everybody, but it is a smart and fascinating experiment in style, maintained by a consistent plot. It has also served as perfect calling card for Gordon-Levitt and Rian Johnson (who is announced to be the director for ‘Star Wars: Episode VIII and IX’).

Love this film. I'm so glad that while it hasn't been that popular, but most cinephiles know of it and like it.

Such an underrated film. Loved it when i watched it a few year ago