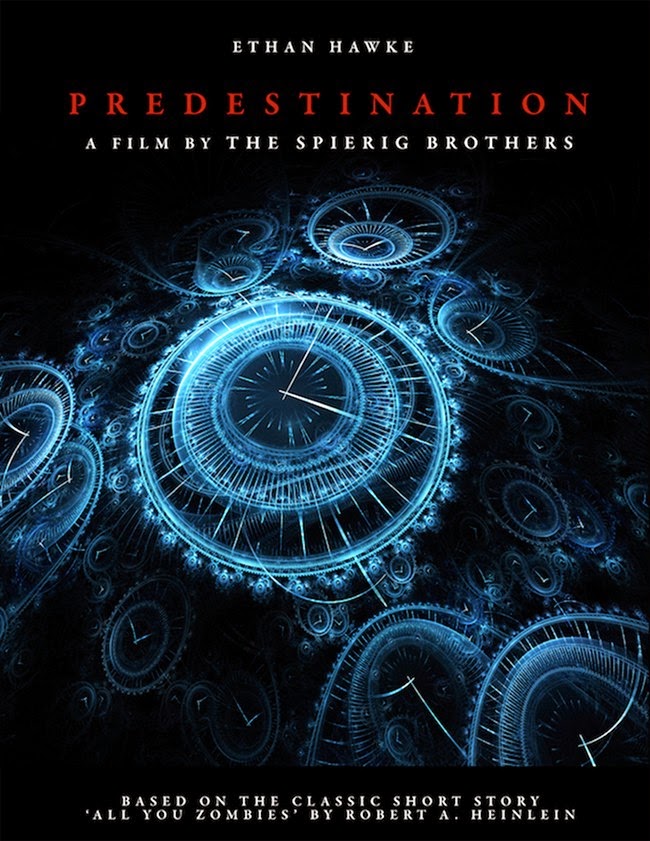 Time-Travel movies could be broadly categorized into two kinds: funny, adventurous ones where the protagonist travels back in time to change a particular event (“Back to the Future”, “Bill & Ted” Franchise); mind-bending, paradoxical ones that fills our mind with more questions than answers (“Primer”, “12 Monkeys”, “Timecrimes”). The Australian film-makers, the Spierig Brothers’ “Predestination” (2014) belong to the second kind that explores the heady paradoxes of time-travel. The film is based on Robert A. Heinlan’s 1959 short story “All You Zombies”. As twisted time-travel movies go, the big twists in this film was somehow easy to figure out, but what’s good about “Predestination” is that it doesn’t use its central idea to convert into a loud action movie. It decently builds up the characters and doesn’t stray much from its sci-fi roots.

The movie starts with a temporal agent getting badly burned in an attempt to catch the “Fizzle Bomber”, who is responsible for the 1975 New York bomb blasts that have killed more than ten thousand people. The agent undergoes a reconstructive surgery and gets ready for his final mission. In this mission he is sent to early 1970’s to New York, where the mad bomber has started terrorizing the city. The agent works as a bartender (Ethan Hawke), and on that particular night strikes up a conversation with a androgynous male (Sarah Snook), who identifies himself as ‘the unmarried mother’, which is a byline the guy uses for writing ‘confessional stories’ in a popular magazine. 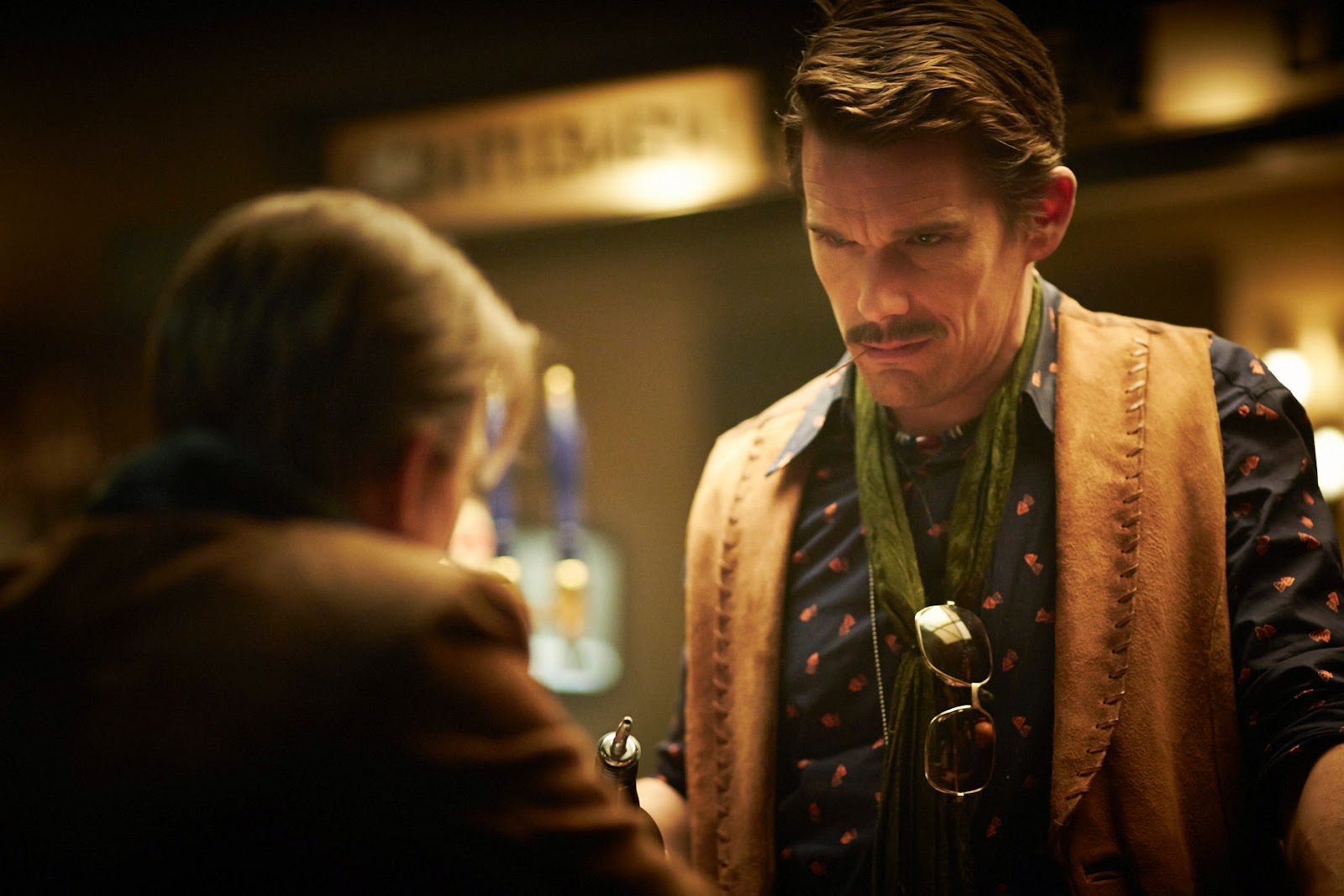 The guy bets the bartender that he could have never heard anything as weird as the events in his life. The bartender bets an entire bottle of booze, and the guy starts telling his life story. ‘The unmarried mother’ began his life as a female and was left on the door step of an orphanage in 1945. She was named Jane. The young Jane constantly yearned for parental love and was often picked on by her peers. Jane has naturally developed a physical toughness, and excels in physics and maths. This makes her a natural candidate for a Space Corps program in the 1960’s. Jane meets the enigmatic Robertson (Noah Taylor), who sort of becomes her mentor. 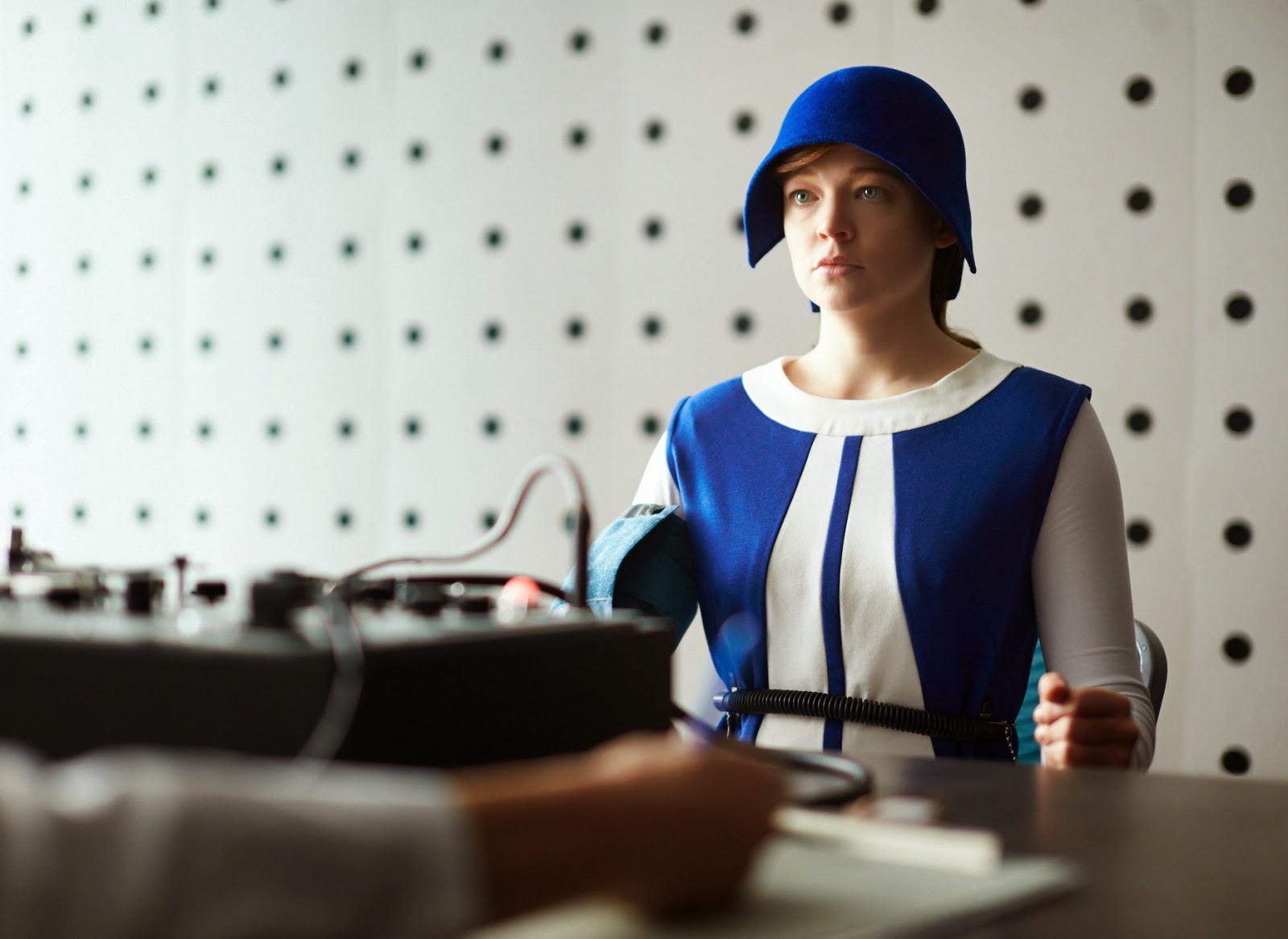 Nevertheless, Jane dreams of becoming an astronaut fizzles out after an unexpected seduction by a young man. But, the man abandons her and Jane gets pregnant. Complications arise for Jane during childbirth. As Jane was born with male and female internal reproductive capacities (intersex being) these complications compels her to adopt a 100 percent male identity – to John. It’s really a strange story and Jane/John wins the booze bottle, but what happens next is weirder.

The Spierig Brothers (Peter & Michael) has elegantly set up the story. The bar story was a common tale of a girl’s loss and longing. But, the immersive storytelling method and Sarah Snook’s emotionally fragile performance makes the bar sequences, the heart and backbone of the film. Although the bigger and grander revelations in the movie’s third act convolute the proceedings, the careful initial establishment keeps us curiosity intact till the end. Deciphering what happened in the chronological manner may require second viewing, but it is head-spinning to ponder over the predestination paradox. The bootstrap paradox (presented in ‘Terminator’ movies), and other paradoxes in movies & books doesn’t treat time as a linear narrative. So, it will give only a headache to figure out, what happened the first time around (although you may eventually come up the fitting theory for the paradox). 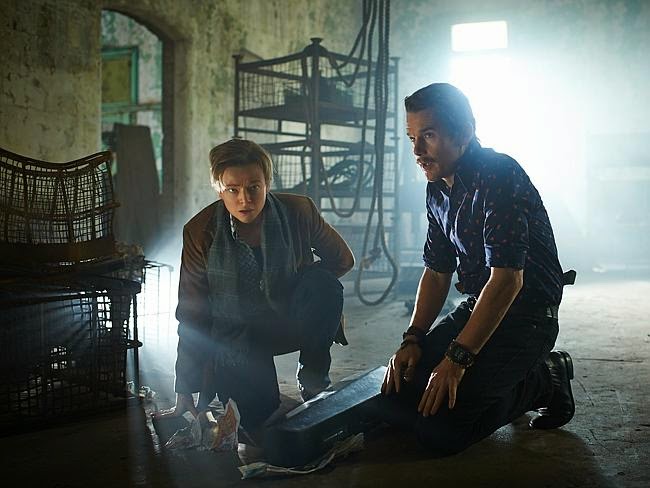 “Predestination” effectively explores the themes of identity, circularity (as said in the phrase “snake biting its own tail”), and destiny. It also meditates on the unalterable nature of time (past, present, and future). In twisted movies like this the characters just go through the motions, gasping and exclaiming at the required intervals. But, here the cast gives a livelier performance. Ethan Hawke is less flashy unlike the usual time cop characters and perfectly wears the cynical and haunted looks. Snook is brilliant as Jane/John. She imbues a hard edge to make her transformation plausible. It is captivating to look at her go through various emotions: pain, sensitivity, love, desire, longing and rage. The make-up effects for John are exceptional.

“Predestination” (97 minutes) isn’t refreshingly original but incorporates clever twists, ideas and poignant performances to bestow us with a satisfying movie experience. Like a good time-travel flick it invites its viewers to analyze the sequences.