Camp X-Ray -- A Flawed, yet Compelling Character Study of a Female Soldier 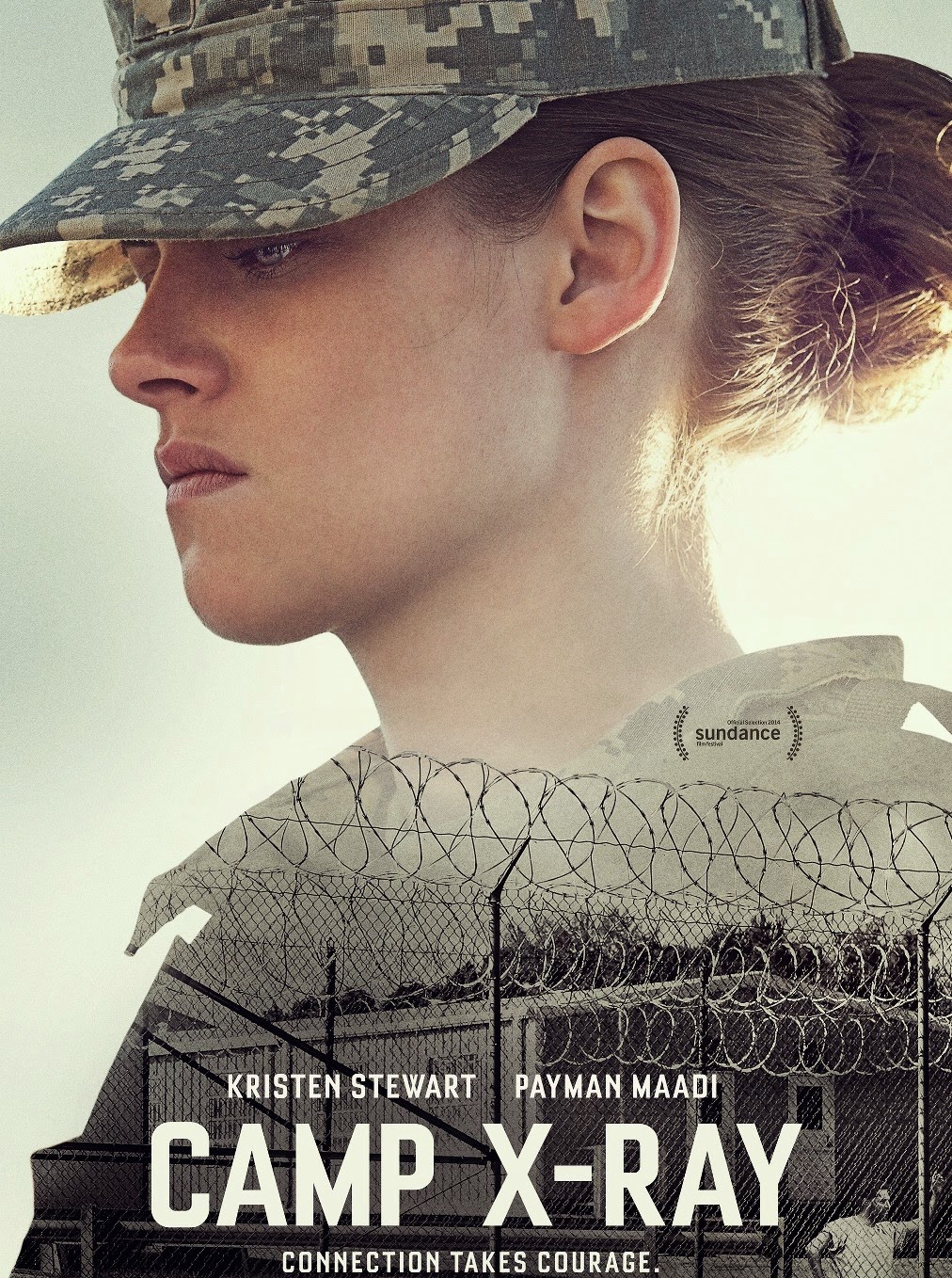 Peter Sattler’s “Camp X-Ray” (2014) kicks off with the images of 9/11, and it is followed by a scene of a Muslim guy being captured and gruesomely transported to Guantanamo Bay. You needn’t worry if these starting sequences made you think that it yet is another American propaganda movie on the 9/11 issue. In fact, the macro-politics are kept at bay inside the Guantanamo Bay, and what becomes vital is the friendship that develops between Female US soldier and an incarcerated man. Of course, we might immediately question the plausibility of such situations, but at least on the acting level, the friendship or kinship is really brought out well.

Kristen Stewart, whose stern facade which has been criticized numerous times serves her well to play the leading character Amy Cole, a young guard who has just arrived at Guantanamo Bay.  Stewart’s Cole was a bored, small-town girl, who wanted to see the world and fight for her nation. However, her first trip outside America only lands her in an unpleasant job that includes ‘babysitting’ the detainees in the daylight hours. As Cole explains to a fellow guard, these incarcerated guys are called ‘detainees’, not ‘prisoners’, because under Geneva Convention terms, prisoners of war have certain rights. 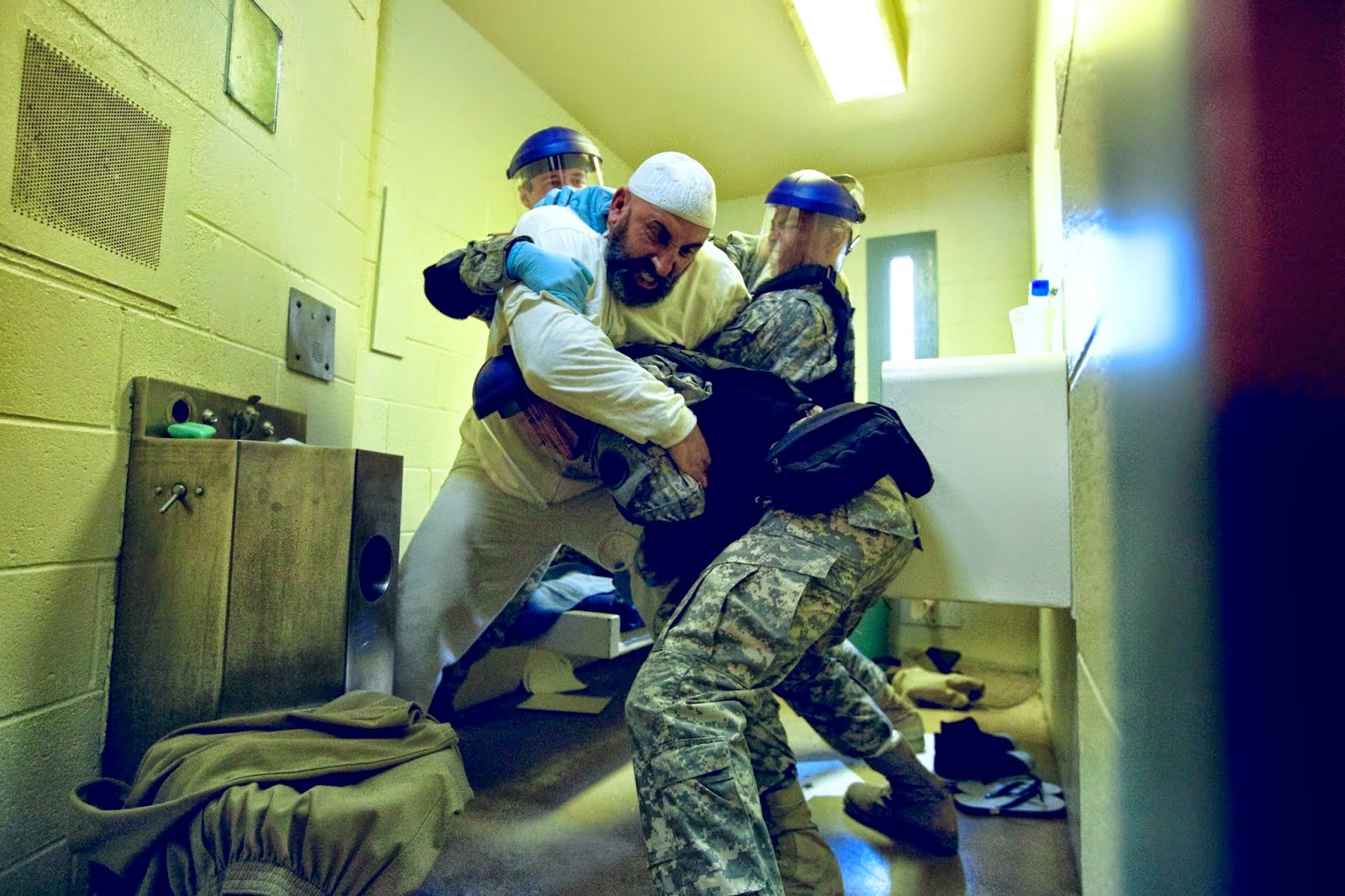 Initially, a Head Corporal warns them that ‘Gitmo’ is a war zone, although there are no bombs waiting to explode. He howls that the guards’ job is to prevent the ‘detainees’ from committing suicide, as escape is not a possibility. The prison consists of many small, cement building rooms with bolted doors that more or less resemble a psych ward. Cole starts her job by delivering books, trays of food, occasionally receiving the abuse. As one guard explains to her “These guys just don’t like girls. It’s an Arab thing”. But, Ali (Peyman Moaadi) isn’t like other detainees. Through the little window of his cell, he tries to engage in conversation with Cole (calling her ‘blondie’), asking for the last ‘Harry Potter’ book. 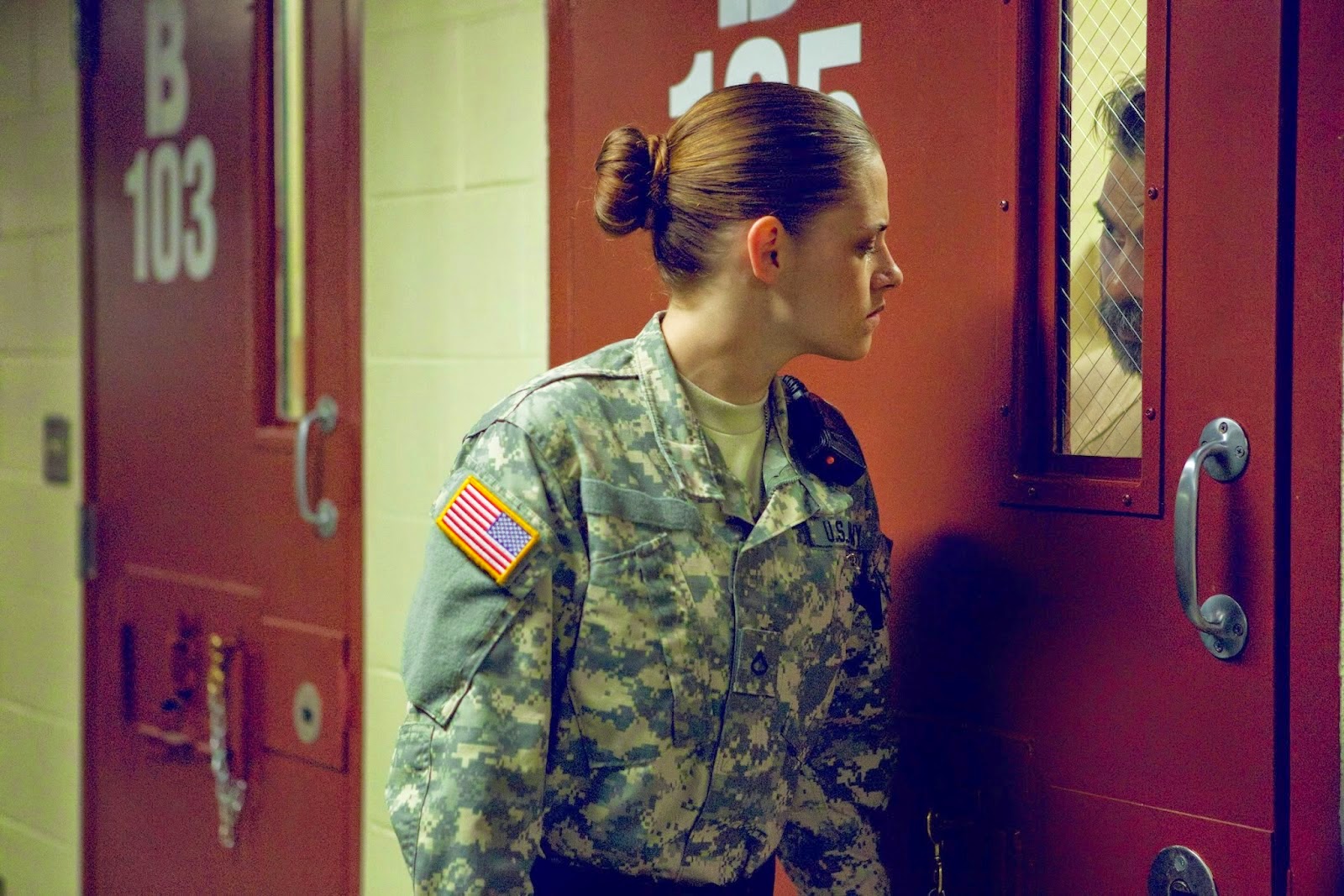 It seems that Ali is intent on knowing the ending, but the guards are not giving the book just to mess with him. Cole remains as a guard who feels nothing and patrols the cell block forbidding Ali’s attempts to make a conversation (and Ali says, “Hey Blondie! Why you treat me like asshole?”). However, Cole’s indifference doesn’t stop Ali from berating on how America is the world's true source of terrorism. Gradually, Cole gets drawn into his conversation, even though at one moment he splashes her with a cup of his own filth. Among her colleagues, Amy is more marginalized as sexism plays vital role in the ranks. As the story progresses, she finds more connection with a detainee than with her military peers.

An actor needs to display emotional restraint in order to play a private. Here, Stewart’s clipped delivery and diss-associative face helps her to easily get into the character. Stewart’s usual tendency to bottle up the emotions turns into asset here. Although the tabloid exposes and paparazzi stalking pushed her into the ranks of Paris Hilton, Lindsay Lohan etc, Stewart is far better actress than what’s publicized. Peyman Moaadi (“A Separation”) also delivers a standout performance as Ali, capturing his characers’ mixture of madness and pathos. We could understand his bursts of anger since he is held without being charged in a small, windowless room for nearly a decade. 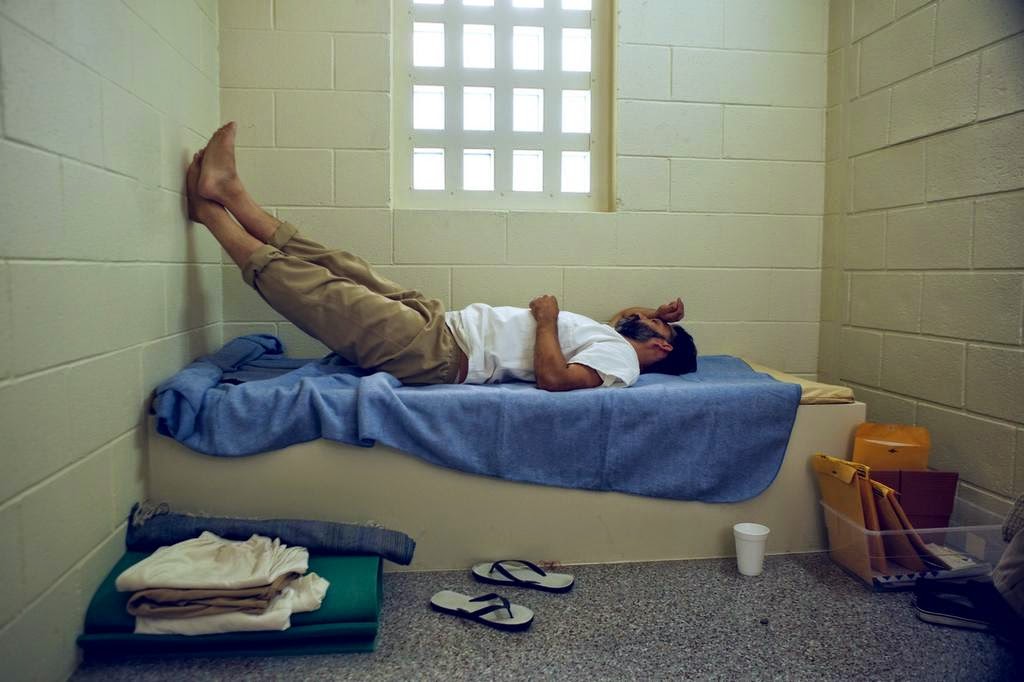 Director/writer Sattler helps us to relate with the majority of detainees, on some level, as he doesn’t clearly explain the reasons behind their incarceration. In the initial scenes, Sattler subtly shows the stress and psychological toll, experienced by both the prisoners and guards. The plot also has some strong passages, as when a corporal annoyed about Cole’s complaint on a fellow guard: "You filed against another soldier because the detainee was uncomfortable?” We could feel the contrast in Stewart’s expressions in looking through the narrow window of prison cell, as first she looks with a little fear and disdain, and later with a care. Sattler’s composition of prison block effectively emphasizes the rigid, repetitive life endured by soldiers and prisoners. 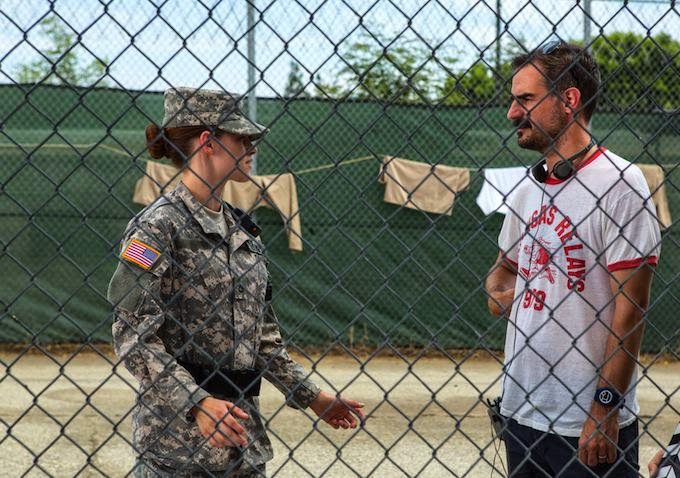 Nevertheless, Sattler’s script is not the movie’s stronghold. It’s very simplistic at times. For example, in the second-half, where we see the juxtaposition of Cole’s experiences with the Ali, followed by her conversations (which often makes her feel sick) with fellow guards. When we see a soldier pressing his affections too far on Cole during an off-day of drinking, we can easily guess how this guy would act upon Cole in the future. Sattler wants to give a nod to ongoing concerns about women in the US armed forces, but this only comes off a soft-focus approach that’s incapable of giving a lasting punch. During some of the long scenes of conversation (especially during the climax), the style fizzles out, giving us the feel of watching a stage play. However, the two good performances on-screen keep us from getting more frustrated. The ending feels a little credulous, intent on wringing out some tears from the viewers.

“Camp X-Ray” (117 minutes) doesn’t fully explore the interesting notion at the core, but solid performances from Kristen Stewart and Peyman Moaadi makes the film worth watching.