The Homesman -- An Unnerving Vision of the Old West 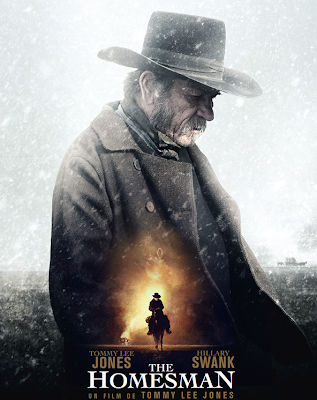 Hollywood actor Tommy Lee Jones, known for his serious and somber roles, made his directorial debut with the neo-western “Three Burials of Melquiades Estrada” (2005). The film was highly praised at its Cannes premiere, winning best actor award for Jones and script writer award for Guillermo Arriaga (“Babel”). Jones’ first directorial outing looked at life in contemporary American west from an unaccustomed angle. “Three Burials” is under-rated and never achieved commercial success. Perhaps that might be the reason for Jones directing only one TV movie, “The Sunset Limited” – a moderate adaptation of Corman McCarthy’s play. Now he is back with another gritty story, “The Homesman” (2014), set on the frontier western.

For “The Homesman”, Jones has adapted Glendon Swarthout’s serious and lyrical novel. Old western tales is one of the significant parts of the American cultural narrative. The old western frontier had thriving outlaws and scalding temperature, but it still promised a new life for an innocuous American family. However, in most of the male-centric or cowboy-centric western movies, women merely serve as a footnote. They are either portrayed as angels or as sluts. We have seen how men surrender themselves to the bleak atmosphere of Old west to provide for their family, whereas women stay in their kitchen and cuddle the husband, whenever he is in despair. But, how much did the women sacrifice in Old West in order to pursue opportunity in a sparsely settled area? Jones’ “The Homesman” provides that rare glimpse. It shows how the old western frontier consumed women’s spirit and mind. The film is little uneven and may not achieve the critical acclaim of “Three Burials”, but it is still a fascinating picture. 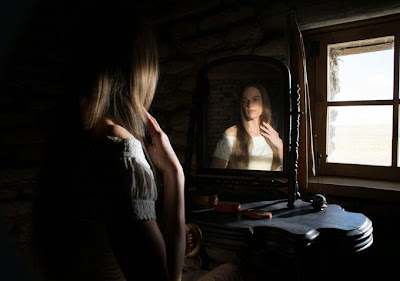 The film is set in the harsh Nebraska territory of 1850. Mary Bee Cuddy (Hilary Swank), who is in her early 30’s lives alone in a thriving farm. However, she is not considered as an ideal marriage material by the men. Mary is well-educated, resourceful, and a little tough. He suggests marriage to eligible men folk of her town like making a business proposition. Although, men enjoy her food and drinks, they plainly reject her marriage proposals, claiming that she is ‘too bossy’. One day, the town’s local preacher Dowd (John Lithgow) tells her awful news about three women in the frontier, who have gone insane. The three women – (Grace Summer, Miranda Otto, and Sonja Richter) couldn’t endure the cycle of hardship, poverty, desolation and child death. Few very shocking scenes showcase how madness has consumed these women. 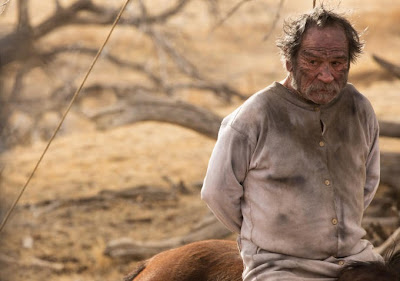 Mary Bee volunteers to take these women in a wagon to Iowa, where a churchwoman has accepted to take care of them. Mary bee takes the job only when the women’s husband fails to step up. The men are either baffled by their situation or eager to get rid of their wives. But, Mary can’t ride alone with three insane women for a six-week journey. That’s when she finds George Briggs (Tommy Lee Jones), an alcoholic, old army deserter. Mary saves Briggs from being lynched and offers $300 to aid her in this terrible trip. The duo mutually resent each other and encounter dangerous Native American tribes, bandits, and various other hardships.


“The Homesman” starts off in the style of old frontier movies like "3: 10 to Yuma”, and John Ford movies, but also possesses the grimness and an offbeat structure. Although, Jones is portrayed as selfish, old man, the story on the outset, somewhat resembles “The African Queen” (1951). The old classic depicted an odd romance between odd couples with opposite temperaments. However, Jones only touches on this romanticism and mostly focuses on the bleakness of the women’s situation. Rather than pushing towards an unlikely love story, Jones digs deeper into each characters’ frailties (something director Kelly Reichdart with “Meek’s Cutoff” (2010)). 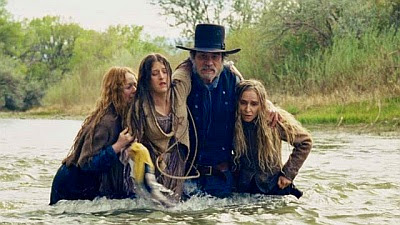 The movie has plenty of tonal swings. It is brutally shocking, depressing, darkly humorous, sentimental, and also takes metaphorical turns. Jones and his co-screen writers Wesley Oliver and Kieran Fitzgerald wander gracefully from episode to episode without a sense of urgency. Mary Bee’s death, happens half-way into the third act, may seem like a move to stir the movie’s dramatic proceedings and as means to promote Jones as the protagonist. But, Mary’s suicide only further explores the rough life lead by women in the 1850’s western frontier. Our society would happily utter the word ‘self made-man’. But in the case of Mary Bee, a self made-woman, it remains as a curse. She is a strong woman with immense wealth, but, when it comes to marriage men seem to prefer young naive, obedient girl from the East. All of Mary Bee’s hardships and achievements are only viewed as a weakness by the patriarchal society. Although her success seems to be only thing keeping her out of the wagon, it doesn’t matter much. She is as imprisoned as the women, chained inside the wagon. When she is harshly refused and humiliated by Briggs, it takes her beyond the breaking point. We also get a hint (especially the ‘grave robbery’ scene) that how the journey itself casts a dark spell over her. 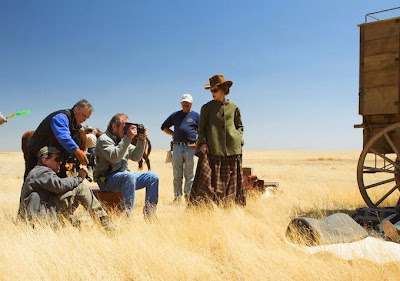 The sudden change of examining women’s life in the old west from Swank’s to Jones’s point of view is another huge shift, but it is fairly effective and also packs a punch. The shift also shows how men cope with their loneliness and depression. Briggs gets the $300 dollars, buys a new suit and gets into a high-stakes poker game in a respectable bar. But, he is rejected harshly (on the basis of class). Now, when we see him in the final scene, he is dealing with the pain in his heart by getting back to his old-self. He wildly drinks, sings and dances in a boat along with other roughneck male revelers, and traveling to West to make a possible fortune. But, Mary Bee and three insane women, who just wanted gentleness and love; who all couldn’t deal with suppressed pain remains forgotten. We view the final image of rowdy merrymakers from a distance (emotionally and visually), because by now, we know that these men are pursuing wealth at the cost of women’s sanity.


As Mary Bee, Swank plays a meatiest role after a long time. She keeps her character’s emotions under a tight check and gracefully shows the blistering pain through those eyes. Jones performance is mildly amusing as well as turns poignant in the end. The odd chemistry between the pair places the film at the mid-point of a bleak drama and a buddy-comedy. Rodrigo Prieto’s precise cinematography provides both meditative and gorgeous images. 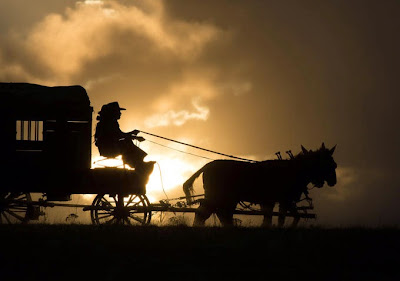 “The Homesman” (122 minutes) might be compared with Jones’ “Three Burials” and declared as ‘unruly’ and ‘a misfire’, but it was a thoroughly satisfying movie experience. It is a movie that doesn’t sugar-coat its themes, and possesses devastating images that can’t be mentally carried away.