The Sweet Hereafter -- A Haunting Elegy about Death, Grief and Community 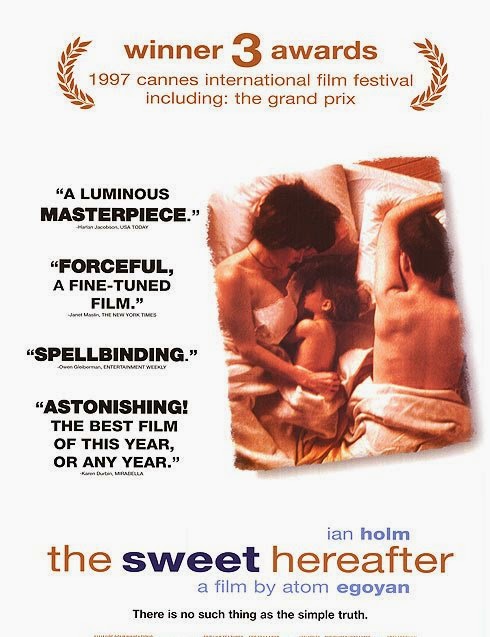 Tragedy and lack of love has always seemed to be the main themes of Canadian film-maker Atom Egoyan. He is a cerebral film-maker and has a keen compositional eye, but his movies often suffer from the coldness, where the audiences couldn’t connect with his characters. Although his movies made little money, he gave fairly good films like “The Adjuster”, “Exotica”, and “Felicia’s Journey”. His recent works like “Captive”, “Devil’s Knot”, “Chloe” (his biggest commercial success), and “Where the Truth Lies” could be just termed as mediocre. However, Egoyan’s “The Sweet Hereafter” (1997) showed me what a remarkable film-maker he could be. He adapted Russell Banks’ painful novel and showcased the emotion of tragedy in every frame like no other film. The tragedy at the film’s center is something we could have often heard in news channels or read in newspapers. It portrays the kind of incident for which we would feel instant pity and then move on, forgetting it within that day. But, pity (the usual tear-jerking element) isn’t what Egoyan is after. He takes the central tragedy as the basis for a heart-wrenching, multi-faceted moral inquiry. 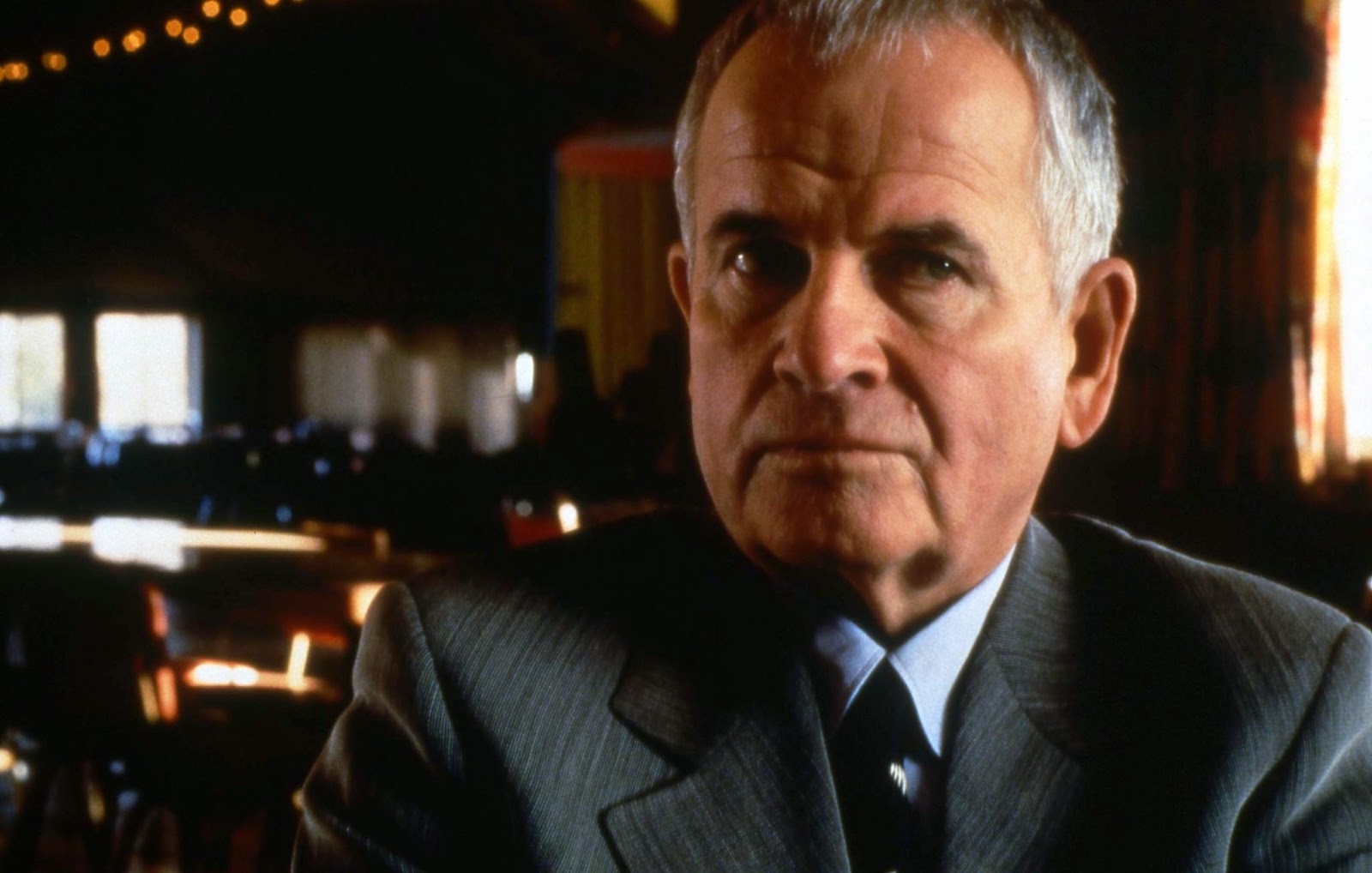 Attorney Mitchell Stephens (Ian Holm), a fairly old man, arrives at a small rural town, situated in the wintry provinces of Western Canada. Actually, Mitchell could be best described as ‘ambulance-chaser’. On a cold winter day, the town witnessed a brutal tragedy that claimed a school bus full of children. Fourteen children lost their lives and many others were hurt as a school bus slide off the highway and sank down a frozen lake. Mitchell has appointed himself to represent the parents in a class-action suit. He announces “There is no such thing as accidents”, and proclaims “Let me direct your rage”. He says someone has to pay for their tragedy, whether that is the makers of guardrail or the manufacturer of the bus. Now, we might think that Egoyan and Russell Banks are taking a potshot at opportunist lawyers, but no the movie goes deeper than that.


Mitchell couldn’t be just dismissed as an opportunist because we also witness the ongoing personal tragedy, involving his daughter Zoe (Caerthan Banks). Zoe, who has been in and out of drug rehab clinics, often calls Mitchell and begs him for money. Alberta and Risa Walker, who owns the local motel, are the first set of parents to hire Mitchell for the lawsuit. Then, other parents who are struggling to find meaning in the loss of their child somehow side with Mitchell, but there are few who know better. Billy Ansel (Bruce Greenwood), who had lost his twins in the accident, sees through the lawyer’s words. Gradually, we could also feel why Mitchell wants to help the families recover from their loss. Finally, the lawsuit’s fate seems to rest in the hands of Nicole Burnell (Sarah Polley), a teenage girl who has been paralyzed from waist down in the accident. Her anger and anguish seems to be the key elements, which goes far beyond what happened in the bus. 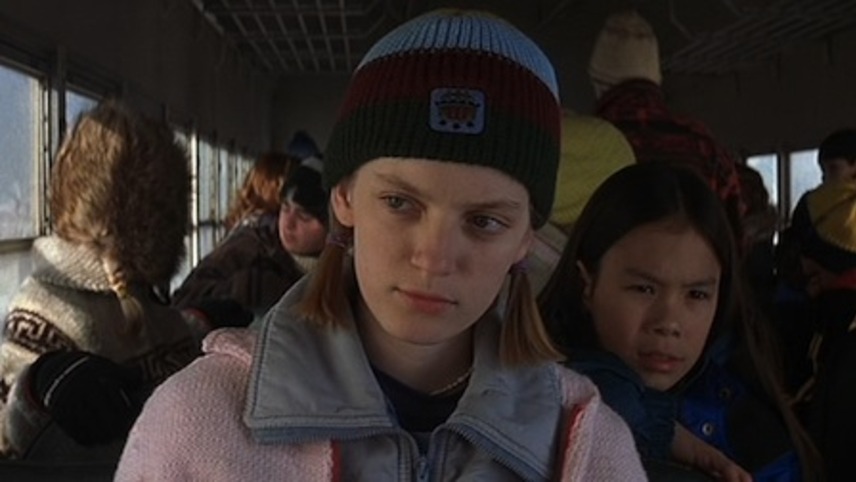 The assured storytelling method of Egoyan elegantly juxtaposes between three time frames: before the accident, the after math, and the plane conversation between Mitchell and Zoe’s friend. This non-linear structure doesn’t dampen the movie’s dramatic force. The juxtaposed sequences perfectly reflect on each other and at times are connected by metaphors. Before the accident, Nicole reads the story of “The Pied Piper of Hamelin” to the twins. The 16th century story centers on Pied Piper, a rat-catcher hired by a town to lure the rats away by his magic pipe. When the townsmen refuse to pay him, he turns his musical instrument’s power on the towns’ children, leading them away like rats, never to be seen again. The lame child who walks slowly is the only one who escapes. As the story progresses, Nicole recollects the story with an uncanny irony and the story itself turns out to be a metaphor for the community’s failure to protect its children. It is said that the Egoyan incorporated the myth of ‘Pied Piper’ into the story, which wasn’t written in Russell Banks’ novel. 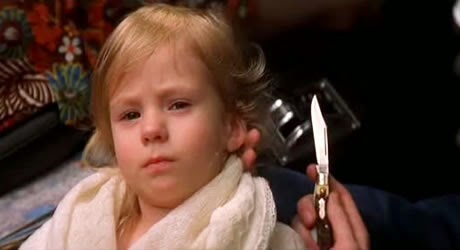 As a director, Egoyan creates intituitive images at every oppurtunity he gets: The brilliant and unsettling car-wash sequence; the image of the sleeping couple and a child in between them; the distant shot of doomed bus dipping into the icy grave; the shot of baby Zoe’s eyes (drenched in sadness) seen from her father’s point of view (holding a knife). These are some of the images that somehow repeatedly flash in my mind, whenever I think of this film. Egoyan builds up so much emotions before showing the actual bus accident (which happens mid-way though the film), so that even though we view the accident from a long distance, we could still feel the devastating weight of the incident. 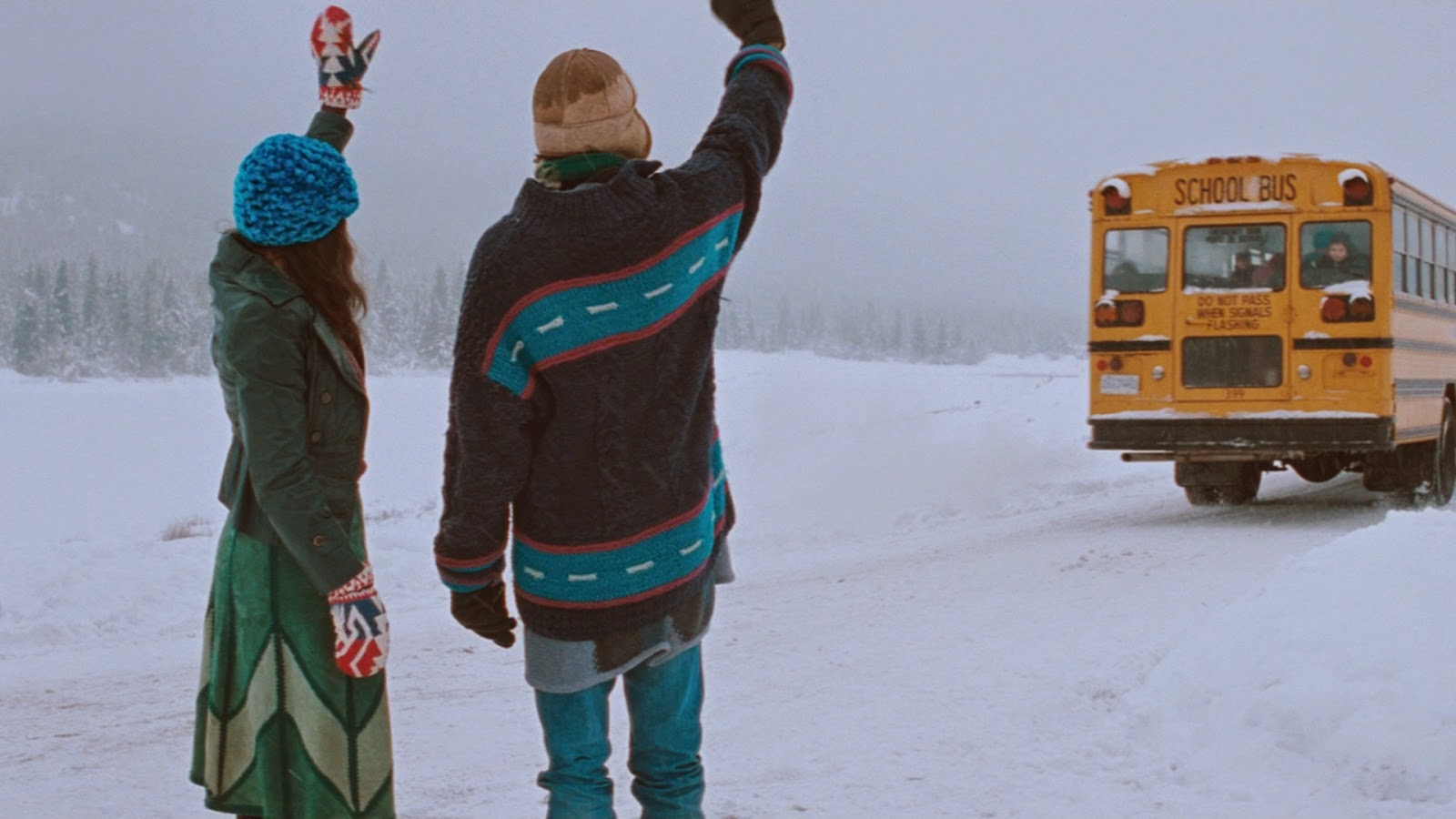 The film is filled with excellent, subtle performances, especially from Ian Holm and Sarah Polley. Holm’s character perfectly recognizes the shame of going after money in the wake of children’s death, but also possesses a feeling that he is one the right path, and uses it as an outlet to share his personal grief of ‘losing’ the child. As Nicole, Sarah Polley gives a stirring performance (with minimal dialogue) without fully articulating her emotions, especially in the climatic scene. The ambiguity and the introspective nature she possesses seem to have come after the accident, as it enables her to see the shady relationship with the father from a different perspective. 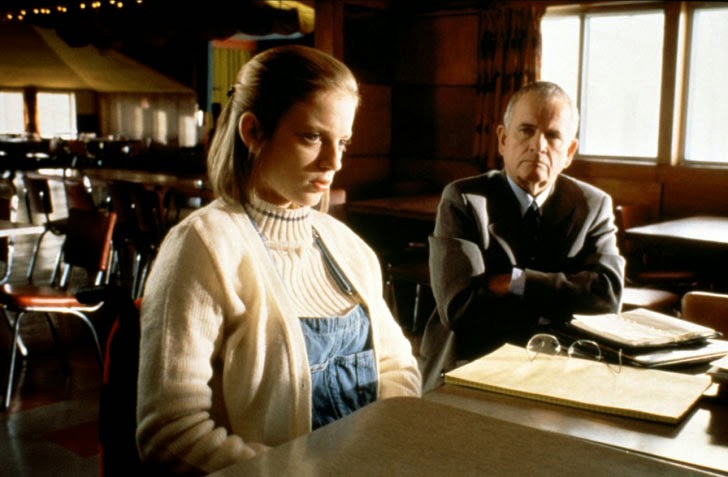 Banks and Atom Egoyan don’t provide any easy answers to the complicated case of grief and loss. The duo showcases how humans seek a reason or perpetrator for every personal loss. It makes us feel bad for the children who lost their lives, and at the same time it painstakingly displays the hurt felt by those who live in the hereafter of death. Rage may be the immediate response of those living in the aftermath (the rage rises from the question: ‘What did I do to deserve this?’). But, as the movie shows with a naked honest that rage and state of denial isn’t going to help to cope with grief and loss.


“The Sweet Hereafter” (112 minutes) is the deep and profound meditation on the impact created by a soul-wrenching tragedy. It is one of the best humanistic films to carry huge, mystifying emotional weight.

Wow, you write so well! I hadn't heard of this movie, honestly, but I'll be looking out for it now. Thanks.