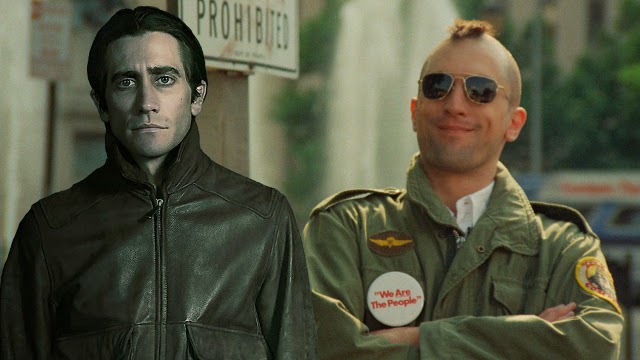 
The aforementioned quotes depict the fundamental difference between the lead characters of Scorcese’s seminal masterpiece “Taxi Driver” (1976) and Dan Gilroy’s media satire “Nightcrawler” (2014). Yet, we found critics and movie-lovers finding a thread that connects these two characters. May be because the way Jake Gyllenhaal imbued De Niro’s vigor into his Bloom character, or may be because the way they fashioned themselves, with that ghoulish, hollow-eyed look. But, still what makes Louis Bloom of ‘Night Crawler’ a companion to Travis Bickle rather than Norman Bates (“Psycho”) or Patrick Bateman (“American Psycho”)? 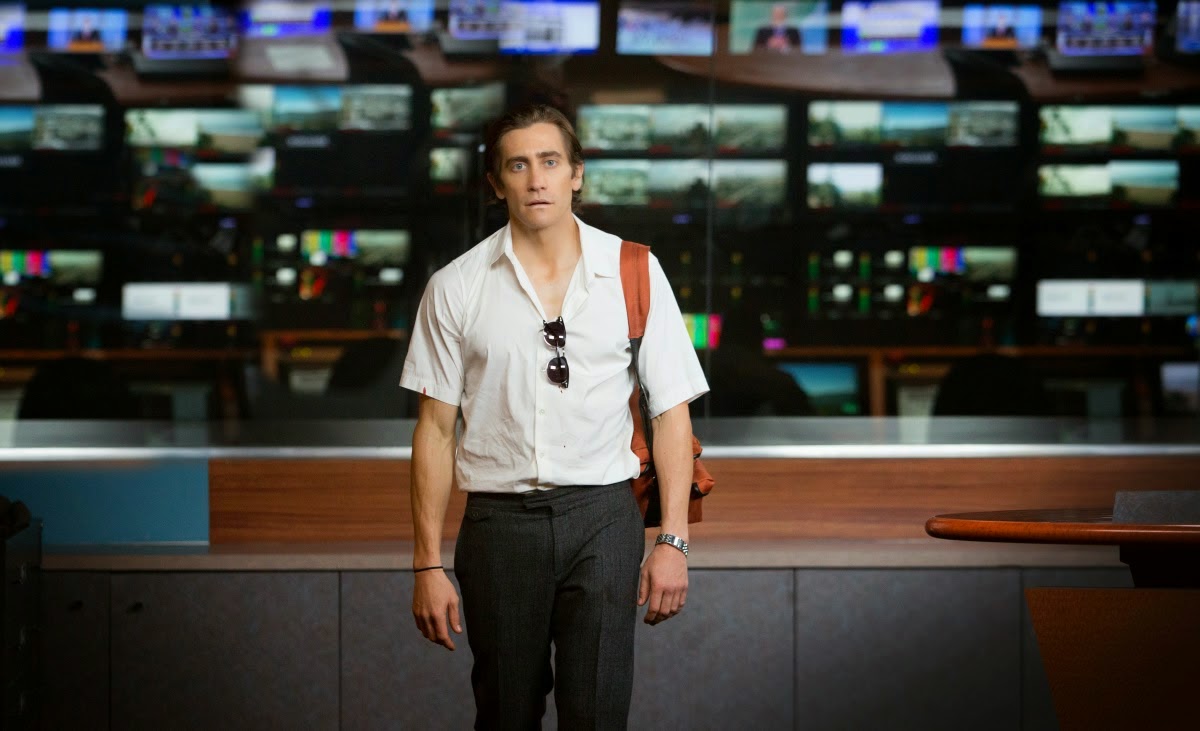 Travis and Louis are loners as well as losers, and they both descend into the vortex of lunacy as the respective movie narratives proceed. But, most importantly they are marred products (a subjective view in the case of Louis Bloom) of their time. Although, both Taxi Driver and Nightcrawler don’t shed light into their protagonist’s childhood, we can easily attribute their senseless behavior to the societal cesspit rather than an abusive childhood. “Someday a real rain will come and wash all this scum off the streets”, utters Travis Bickle conceding his view of New York of the seventies, the era when America was lacerated politically, culturally, and economically. Louis Bloom shows us the worst things that could come out of consumer capitalism and the voyeuristic, fame culture. 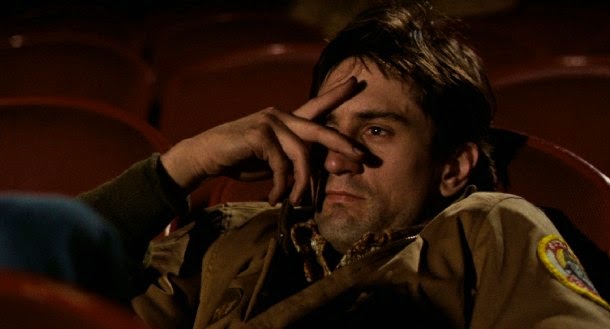 However, the way these two characters react to these defective affairs is where we could find glaring difference in their character arc. Travis is a loner because he doesn’t seem to grasp the ways of interacting with people.He struggles even to make small talk. On the other hand, Bloom chooses to be a loner, but at the same time he has great verbal skills, enough to manipulate people to do his bidding. Both these guys are angry and want to find something; something that might make them feel like ‘somebody’. Travis searches that 'something' through the humans he encounters. When all his attempts fail he transforms himself into a man who stood up (“Listen, you fuckers, you screw-heads. Here is a man who would not take it anymore. A man who stood up against the scum, the cunts, the dogs, the filth, the shit. Here is a man who stood up”).


Louis Bloom finds what he wants earlier in the movie. He feels serendipity at watching those ‘stringers’ and that gruesome accident. As he doesn’t want to do anything with humans (except to manipulate) he seeks money or fame. But, at later point, we get to know that even money isn’t the driving point for this guy. He wants fame. He wants to hold the power of media, wanting to manipulate the events in a way that would increase the ratings. Bloom is also intelligent in the way he handles the looming police investigation and his partners’ threat. Many would read Bickle as stupid since he takes his girlfriend to a porn film. But, Bickle is equally intelligent and his clumsy actions should be looked through his psychological setbacks. But, both these guys’ intelligence is somehow directly proportionate to the way they handle their lunacy. 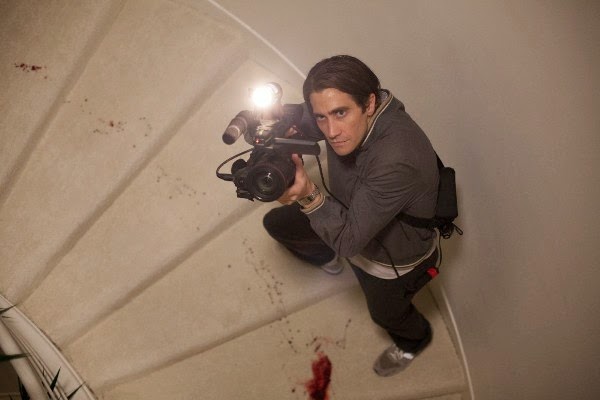 Bloom is a bad guy right from the start. His insanity only deepens his subsequent amorality. While Bickle, far from being a good guy, possesses a high moral sense, or at least a conscience. Bickle self-destructs himself as he descends into insanity. But, Bloom’s insanity is more or less like a missile launcher often looking for targets to annihilate. If Bickle is a man who stood up against evil in a psychopathic manner, Bloom is a stand-up guy who wants to divulge his evil methods. The way Bloom quotes the business gurus words like religious scriptures reflects our society’s warped view of success (“Who am I? I am a hard worker. I set high goals”). Perhaps, the most significant point “Nightcrawler” conveys is that you need to have a little bit of insanity to stay above your competition or in your field. 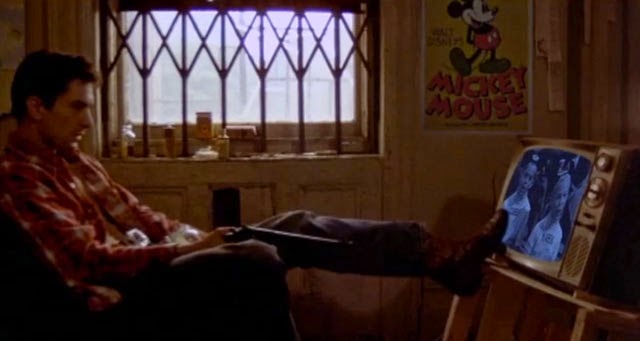 For both Bickle and Bloom, television represents a promising alternate reality. Bickle partly resents and envies the people he sees in television because those characters don’t seem to have any problem in developing relationships. The TV is the only thing that transmits feelings, but when that (TV) breaks in one of “Taxi Driver’s” vital scenes, Bickle’s self-control totally disintegrates. Bloom says to Nina, looking at a huge wallpaper of L.A. in night-lights that the setting looks more real in TV. So, he is attracted to this virtual reality, but the era he was born in, urges him to be a player rather than a simple observer. The inherently vile and manipulative nature of Lou Bloom also points him to achieve that stage. The ‘God’s lonely man’ felt agonizing pain by watching other people’s happiness in TV, whereas the 'night-crawling stringer’ was elated to look at other people’s agony. 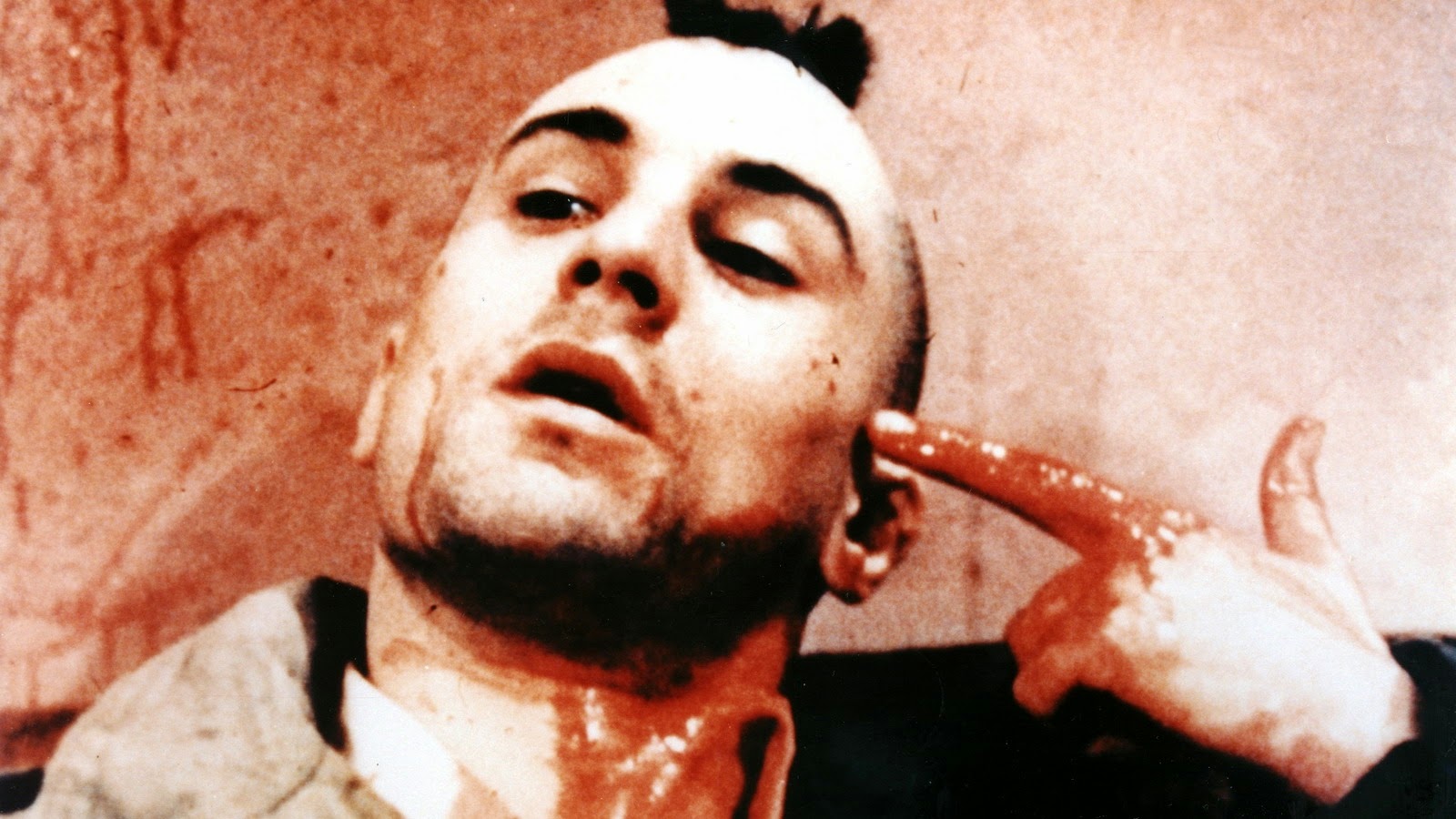 On the whole, I felt “Taxi Driver” is the masterpiece that laid the path for the existence of good movies like “Night Crawler”. Personally, I am very skeptical about “Nightcrawler” standing the test of time like ‘Taxi Driver’. And of course the performances of Robert de Niro and Jake Gyllenhaal in these films give us one more valid reason to hate the Oscars.

Finally an article that compares the two enigmatic characters without creating much fuss. Travis Bickle is an iconic movie character because of the conflicts of his psyche... he is not an evil character by default. His increasingly violent behavior is a reaction of the hypocrisy that engulfs him. Louis Bloom, however, is a reprobate and a psychopath. Also, I second you in your assessment of the Academy's myopic tendencies in deciding over the nominees and the winners.

@ Murtaza Ali, thanks for the comment. Yeah Lou Bloom is a despicable guy from the start. Many have also cited his behavior as borderline autistic.

@ Amrit Rukhaiyaar, thanks for the appreciation.

whoa.. what an analysis!! have you seen or reviewed 'Insomnia'.. would like ur analysis of Robin williams character and Al pacino's..

Here is the review on Insomnia. But, it's just a short one; not a detailed analysis on the character sketch. Perhaps I would like to do it after watching it one more time