Kill the Messenger – The Ruination of a Truth Seeker 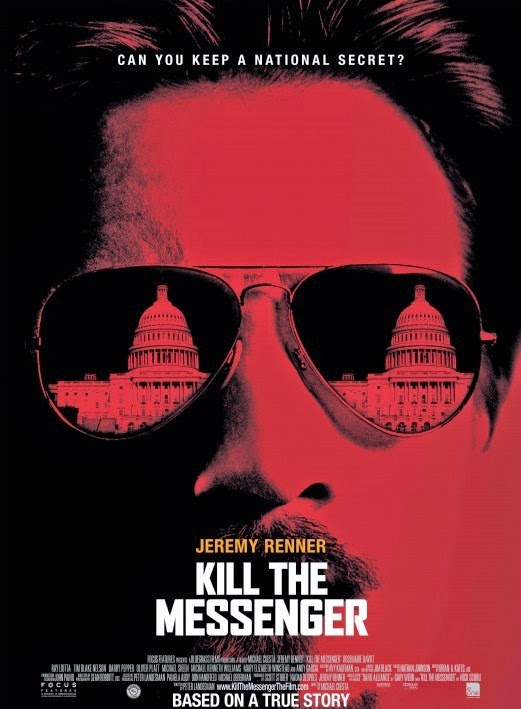 “Some stories are just too true to tell”, says a character in Michael Cuesta’s “Kill the Messenger” (2014) indicating at how one’s pursuit for verity could only wake monsters in the slumber state. Gary Webb, an investigative journalist for San Jose Mercury News, aroused one such behemoth, when he wrote an explosive article about cocaine profits being used to facilitate the CIA-backed contra rebels to buy weapons for the Nicaraguan civil war of the 1980’s. This was the 1980’s, when the American government was obsessed over two things: war against Soivet aggression in the Latin American soil and war on drugs.

The movie starts by showing us the well-edited speeches of former American Presidents Richard Nixon and Ronald Reagan declaring war on drugs. Reagan says the drug problem has become a threat on national security and on another clip, he says that there’s danger of Nicaragua, falling into communist’s hands. The largest but sparsely populated Nicaragua is a strategically significant country for America that just can’t fully embrace the communism or socialism. But, the Congress declined to fund for the war against the socialist government in Nicaragua. Gary Webb’s three part series called “Dark Alliance” asserts that this is where the atrocious act started.

The CIA is said to have ignored or turned a blind eye as some of the CIA supported Nicaraguan contras or rebels smuggled tons of cocaine into US, especially Los Angeles. The drug money is alleged to have been used in buying the equipments and weapons for the guerrilla warfare against the Nicaraguan government. Gary Webb, played by Jeremy Renner, exposed this alleged connection in the mid 1990’s, when he was working in San Jose Mercury News’ Sacramento bureau. From the early 1990’s Webb was doing a story on government’s seizure of drug dealers’ properties, even when the accused get acquitted. The story gets the attention of Coral Boca (Paz Vega), whose Nicaraguan boyfriend is a drug-dealer. 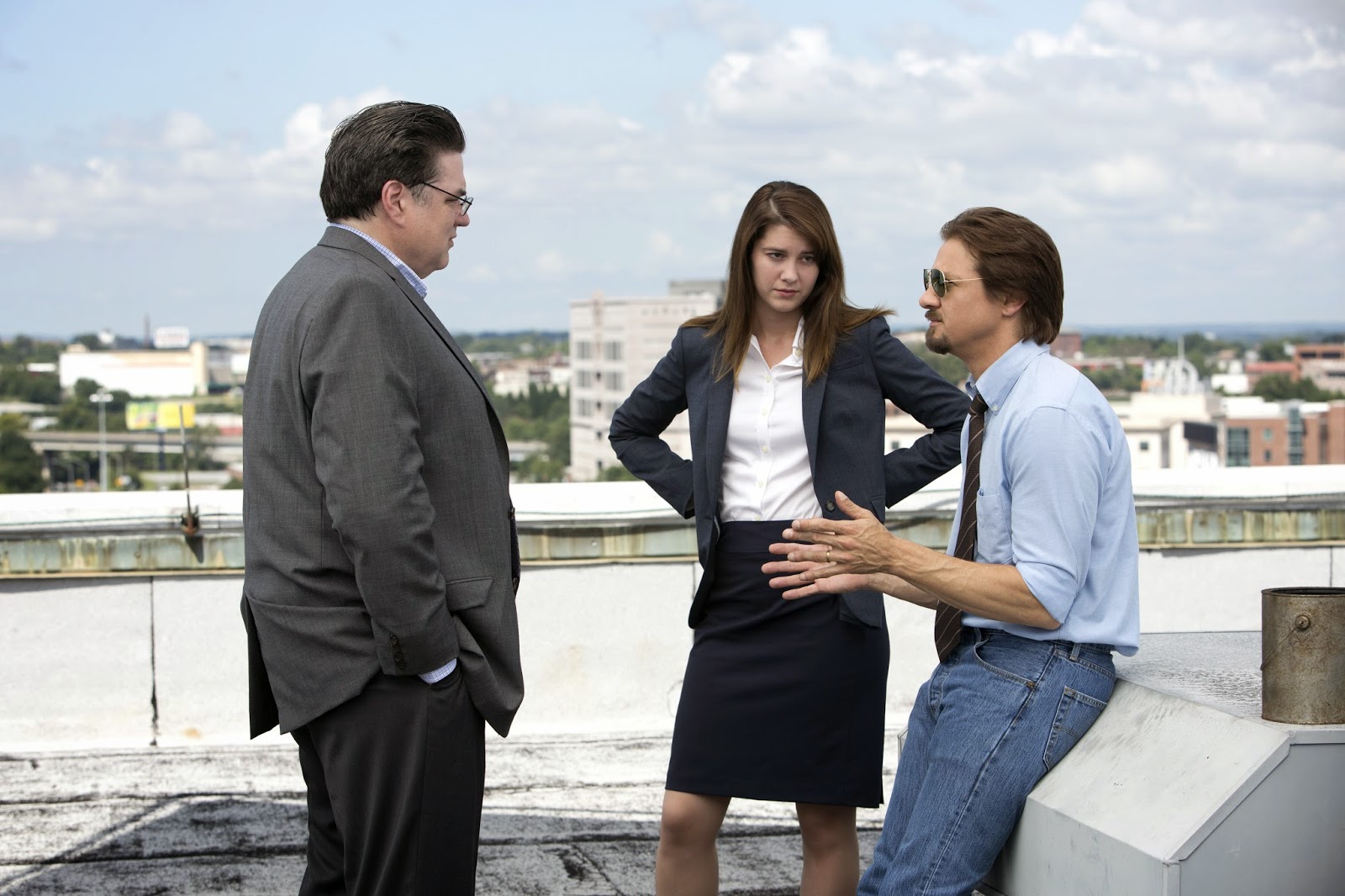 She calls Webb to write an article on her boyfriend, about how he was framed by bogus charges. Initially, Webb wasn't interested, but misplaced courts file in the hands of Boca intrigues Webb. The file talks about heavyweight drug trafficker Danilo Blandon’s (Yul Vazquez), who is a government informant on the drug cases. The mere mention of Blandon’s name to the prosecutor frees Boca’s boyfriend, but Webb goes to seek the bigger picture behind Blandon’s involvement. The trail leads him to incarcerated drug kingpin Ricky Ross (Michael K. Williams), who attests that the Nicaraguan Blandon is the biggest drug supplier in South Central L.A.
When Webb travels to Nicaragua he finds the connection between the CIA-backed Nicaraguan contra Blandon and the crack epidemic that was unleashed on the poor African-Americans of South Central L.A. The story is far beyond the reach of Mercury News, but Webb is initially well-backed by the senior editor (Oliver Platt) and news editor (Mary Elizabeth Winstead). The three-part article by Webb sparks outrageous reactions against the CIA, especially among the African-American community of L.A. The government agency initially tries to frighten Webb, and later it tries, along with the help of other big wig media-houses, tries to discredit his story. The ‘Dark Alliance’ brought dark things into Webb’s life that he didn’t deserve. 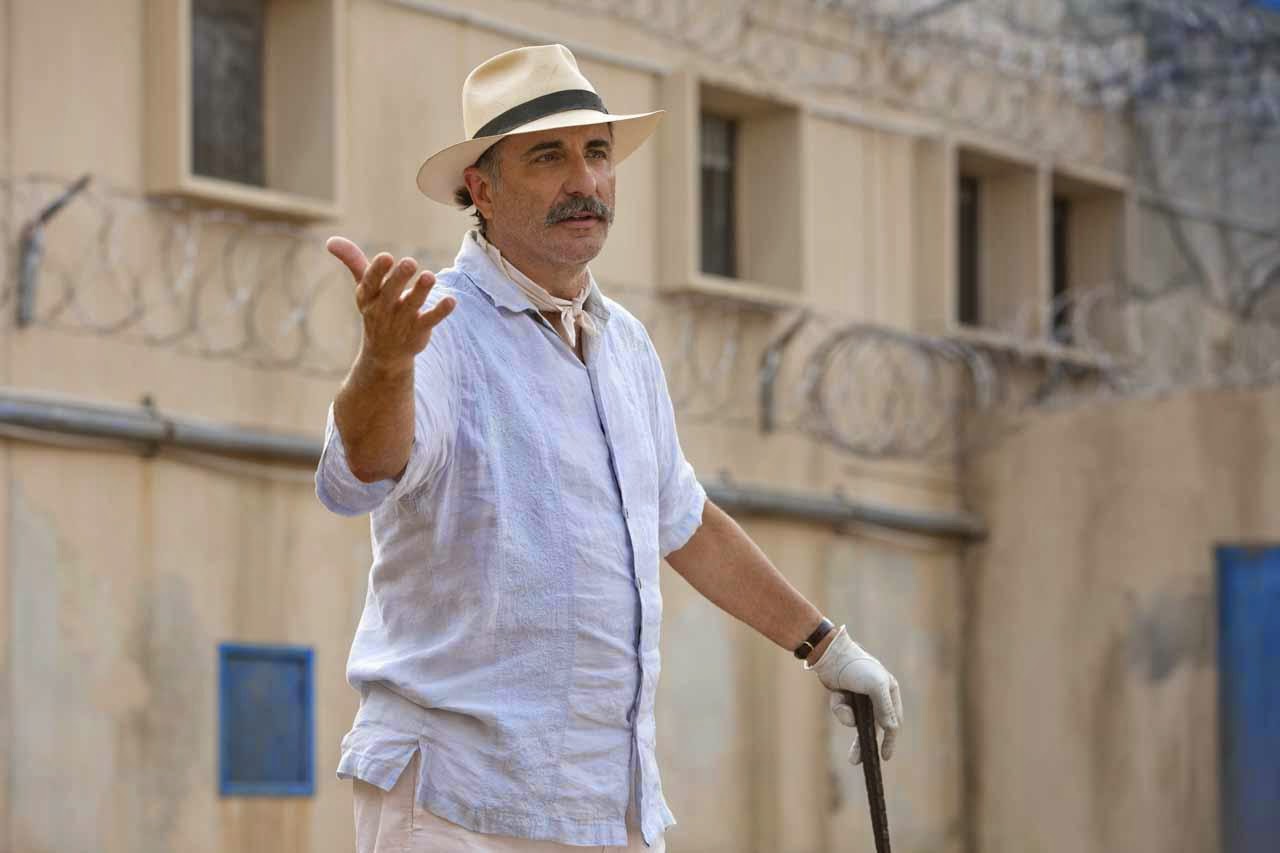 Unlike many Hollywood ‘based on true story’ movies, Webb’s story is largely presented in a truthful manner. Director Cuesta doesn’t shy away from pointing out Webb’s flawed personal life. He finely brings out those tense discussions between Webb and his wife (Rosemarie Dewitt). The scene when Webb confesses about his adulterous relationship with a reporter to his son, Ian was brilliantly acted by all the involved players, especially Jeremy Renner. The forces that collide to bring about the death to Webb’s professional credibility was contrived little too simply with blatantly expository dialogues. But, once again these portions are saved by the performances. Nevertheless, Cuesta does often veer into hagiography territory by not pointing out the flaws in his reporting(lack of evidence or thin sourcing) and rather showcases all the accusations against Webb like it was a witch-hunt. 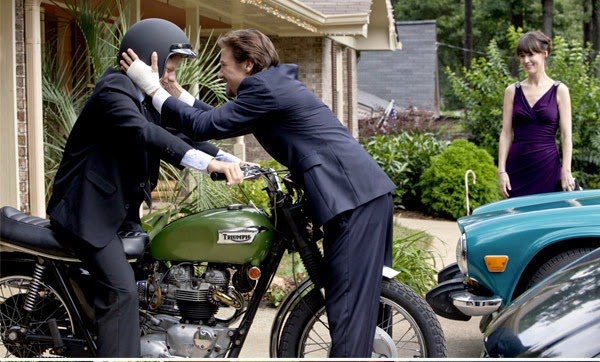 Peter Landesman’s script was based on two books – Gary Webb’s “Dark Alliance” and Nick Schou’s “Kill the Messenger”. The script moves in the fairly straight-froward political thriller template, but misses out on producing the tautness we found in 1970’s thrillers like “All the President’s Men”, Parallax View”. Director Cuesta tries to up the ante by using some visual cues we found in those old-time conspiracy thrillers, especially in that shot when Renner walks in the parking lot, followed by a mysterious guy. The supporting cast for the movie boasts talented performers like Ray Liotta, Michael Sheen, Andy Garcia, Oliver Platt, and Tim Blake Nelson.

“Kill the Messenger” (112 minutes) is smart and well-acted. Despite few missteps and flaws in the film, it deserves to be watched for knowing about a man, who was brought down for exposing an ugly truth.