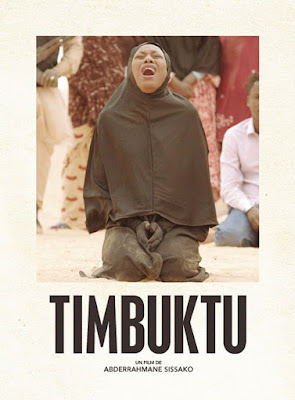 The word ‘Timbutku’ means a far-away, exotic, and other-worldly place. Timbutku city, situated in Mali, Western Africa, once had that fabled status. The city’s geographical setting made it crossroads for bringing together African, Arabic, and European influences. Around 16th century, the city was renowned for its religious scholarships and trading outposts. As the African continent was plunged into tragedy after tragedy by the Western world, the city of Timbutku too shed its share of blood and gained a lot of overweening, ridiculous ideologies. In 2012, Islamic fundamentalists captured the city (a year later, the counter-assault by French and Malian made the fundamentalists to flee the city). African film-maker Abderrahmane Sissako’s Oscar nominated feature “Timbutku” (2014) is a heartbreaking docu-drama with spectacular visuals that shows the lives of people under the shadows of extremism.

The film’s theme immediately brings to our mind the recent violent acts of religious terrorism in Nigeria, Iraq, and Syria etc. But, Sissako’s sole intention is not to educate & enrage the sophisticated viewer about the atrocities faced by these impoverished souls. He approaches extremism & oppression in West Africa as not some sudden, unexpected intrusion (of course, this is a land that has faced tribal wars for eons). With exacting patience and unforeseen beauty, he showcases fundamentalism as day-to-day burden and without forcing in any personal agendas. Sissako’s novelistic images & perspective are designed to bash all our stereotypes and misconceptions about extremists or the people of Africa. 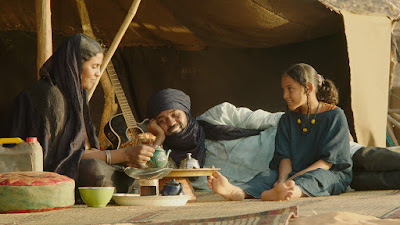 “Timbutku” isn’t the kind of cinema that skims through various acts of religious extremism through the eyes of an amicable protagonist. It isn’t about oppressed people complaining loudly about sharia law, and most significantly Sissako hasn’t made the Muslims to fall under the three typical categories purported by Western or Hollywood cinema: the good, moderate, and bad. The film’s plot unrolls slowly as we gaze at the unremarkable day-to-day life of people in Northern Mali. A woman is selling fish on the streets; a young boy is herding the cattle; men are praying at a mosque. Despite the presence of armed men patrolling the streets, the city seems to be spinning at a gentle rhythm. 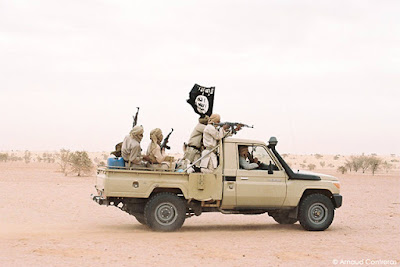 The foreign jihadists shout arbitrary rules (like no music, how women must dress etc) through a mega-phone in different languages. But then, the jihadists are also observed as humanely as the native residents are observed. One of the hard-liners is learning how to drive, and other group of gun-toting men are discussing about their favorite Football teams. But, gradually the central characters come into focus. Cattle herder Kidane (Ibrahim Ahmed) lives an idyllic life like his ancestors in a tent with his wife Satima (Toulou Kiki) and adorable daughter Toya (Layla Walet Mohamed).

Kidane likes to play guitar and has the name of one of his eight cows is ‘GPS’. A neighbor boy Issan herds Kidane’s cattle to the nearest watering hole. A disastrous fate comes upon Kidane as his favorite cow GPS is killed by a local fisherman, when it runs at his fishing nets. The enraged Kidane fights and accidentally kills the fisherman, for which he is asked to give 40 cattle to the victim’s family or else to meet death.  And along Kidane’s fate, we also observe at the harsh & severe punishments devised by the jihadists: a woman is given 40 lashes for making music; a man & woman are buried up to their heads and stoned to death. 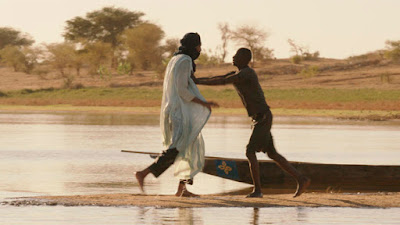 Sissako seems to be one of the deeply humanistic film-maker. He isn’t exclusively defining his character by single weakness or a ruthless act. Although, the film doesn’t seem to have a protagonist, the director’s genuine beliefs are voice through the local imam. The director never forgets to observe the comic moments that are laced in this grim setting. While he vividly depicts the courageous nature of Muslim women against fundamentalist tyranny, he also views the affiliated Islamic militants as bored young guys, who are also driven by the typical human motivations like power, lust etc. At the same, Sissako, who himself has lived for the past 25 years in France, isn’t trying to depict the people of Mali as exotic beings with generations of passed on knowledge. The men & women are just moving through their harsh life by distracting themselves with cell phones and global pop culture.

On paper, “Timbutku”, may not have much of an engaging plot, but Sissako’s visuals are a beauty to behold. The movie starts with a gazelle sprinting through the desert as jihadists are shooting it from their fast running trucks. One of the men shouts: “Don’t kill it! Tire it”. The statement pretty much presents us the strategy of these fundamentalists. In the next scene, we see the men shooting at tribal masques, disregarding their ancestors’ history and life. These couple of scenes vividly depicts the extremists disregard for local culture and even practicality (as a female fishmonger asks how she could sell fishes by wearing gloves). Sissako and his cinematographer Sofian El Fani creates many such wonderful visual moments, that are also whimsical and at times outright comical.

It is poetic and humorous to watch a group of boys playing a football match with an imaginary ball (football is banned). A boy waits to score a penalty kick, while a donkey ambles across the goal post. In a significant sequence, where Kidane accidentally fires off his gun at the fisherman, there comes an extended wide shot. Kidane thrashes his way to the other end of the shore, while the other man crawls and tries to stand up straight. The pettiness of Kidane’s violence seems far worse as we view it against the backdrop of long-living nature. It is the kind of great moment that is worthy to be compared with the visuals of Terrence Malick or Andrey Zvyagintsev.

“Timbutku” (95 minutes) is an artistic and empathetic look at the endurance & nobility of sub-Saharan civilians. It must be regarded for presenting religious terrorism from a different perspective that is entirely alien to Western-centric worldview.

Thanks for sharing an honest review. Loved every bit of it.
UK
http://www.fashionablefoods.net