The Vanishing – An Inexorable and Psychologically Dense Thriller 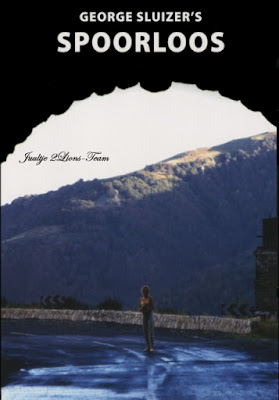 It could be said that irrationality is one of vital elements for creating terror on-screen. The existence of irrational behavior does frighten us. However, in most of horror genre flicks, the irrational acts are carried out by supernatural beings –Werewolf, vampires, alien monsters, ghosts etc. Then we also have the mad scientists, serial killers & slashers, who belong to our human race, but the dark overtones of those characters often, paint them as a human-faced monster. Dutch film-maker George Sluizer’s “The Vanishing" aka “Spoorloos” (1988) depicts irrational & obsessed behavior of two individuals and one among them is a dreadful killer. But, “Spoorloos” is neither a ‘jump-off-your-seat’ scary film nor a hair-rising thriller. The terror the film imbues on our mind is more psychological and philosophical. The evil is depicted in the movie is methodical, trained and even rehearsed.

A typical film on sociopathic personalities shows the individual committing the brutal, murderous act (“How”), then some intelligent investigator uncovers the ‘why’ and finally the script zeroes-in on ‘who’. But, “The Vanishing” totally reverses this order. ‘Who’ is revealed earlier, whereas ‘why’ is gradually explained from the killer’s perspective. And ‘how’ isn’t as complex as a Keigo Hagashino novel (“Devotion of Suspect X”). So, the basic setup here is fairly simple and accessible (can be enjoyed at a superficial level) without any mind-bending mystery. At the same time those who want to dig deeper into the film’s subtle notes will find a lot of contemplative questions. “The Vanishing” was based on Tim Krabbe’s novel “The Golden Egg” (the novelist wrote the film’s screenplay) and opens with a young Dutch couple, Rex Hofman (Gene Bervoets) and Saskia Watger (Johanna ter Steege), embarking on their cycling holiday in France. 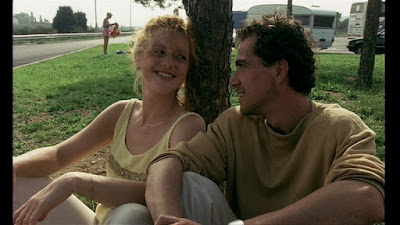 It is suggested that this trip a major step in their relationship. Like any other couple, Rex and Saskia tell jokes, laugh and often say ‘love you’. Saskia talks about her recurring dream in which she is trapped in a golden egg, adrift in space. She says that in her recent dream she also saw Rex trapped in a golden egg, which is close to her. Later, the bickering starts when their car sputters to a stop in the middle of a long tunnel. But, soon Rex and Saskia are standing below a tree with smiles, burying two golden coins. Rex promises that he would never abandon her. The elated Saskia goes into a large gas station to buy drinks for the last leg of their trip. Rex waits, takes some photographs, and then waits for a long time. He shows Saskia’s photograph and asks if anyone has seen her. One says that she was talking to a man, while other guy says that she got into a car. 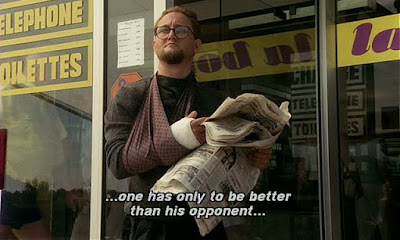 Rex goes into the full panic mood and realizes that she has been kidnapped. The police ask him to wait at least till morning and are 100 percent that it is a domestic squabble. She might have got fed up and left him. But then, we know that’s not possible: Saskia seems to be truly in love with Rex; and there is a bespectacled middle-aged man with a fractured man scanning Saskia’s movements. We meet Raymond Lemorne (Bernard-Pierre Donnadieu), the man who possibly abducted Saskia. But, he doesn’t look like a perpetrator. He lives in material comfort with his wife and two lovely daughters. It is soon evident that the methodical Raymond is planning to abduct a random young woman. We don’t know ‘why’, but after endless rehearsals and dull planning, we see Raymond standing on the gas station, looking at attractive Saskia. 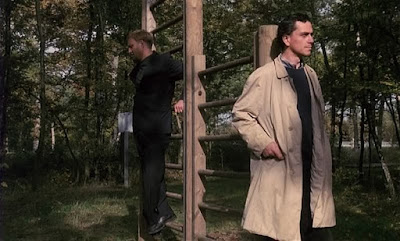 Donnadieu’s Rayomond is one of cinema’s rare self-satisfied sociopath with an unearthly calm. The most shocking thing about Raymond is not that he has a loving family, but the organized way he works to attain his evil achievement. Raymond neither bears any psychological bruises nor has hidden assortment of murderous weapons in his basement. His means for murder are a desolated guest house, chloroform, and a stopwatch. In the later part of the movie, we have an answer to why Raymond plans his evil deed in this manner. As a man of science, he just applies the same principle: he develops a basic idea, then ponders over it, and conducts incessant dry runs before acting upon. The tension and elation we see in Donnadieu’s face is a bit more disturbing than the ones we saw in the faces of Christian Bale (“American Psycho”) or Choi Min-sik (“I Saw the Devil”) because here, the perpetrator approaches the evil act as just another one of his intelligent pursuit. Unlike, other on-screen ruthless killers, Raymond isn’t acting out an impulse to do evil; he is just checking whether he is capable of doing such savage things. 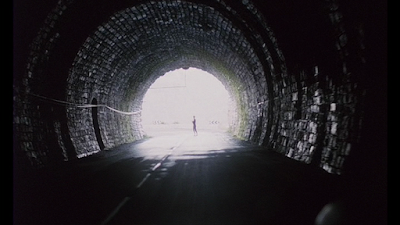 Obsession is one of the main themes in “Spoorloos”. Rex’s obsession is driven by his emotions (love), whole Raymonds’ is driven by his intellect. One could be considered good and the other evil, but the script from Tim Krabbe juxtaposes the obsessive behavior meticulously, which complicates the simple issues of evil and good. Rex isn’t a muscle-bound guy on the path of vengeance. He just wants to know about Saskia’s fate and wants to keep up that promise he made when he buried the coins. Earlier, in the movie, Rex abandons Saskia inside the tunnel to get gas for his car. She cries out his name to leave her in the dark, but Rex walks off with a little smile. Later, he says that “In the tunnel, when you called for me (as he was walking away), I felt that I loved you more than ever”. These words subtly suggests on Rex’s mindset and his never-ceasing obsession. On the other hand, for Raymond, his obsession is just a grand philosophical thought or another milestone to be achieved within the tedious middle-class life.

The darkly comic and ironic twists moments are aplenty in “The Vanishing”. Rex says to his new girlfriend Lieneke that if, given the choice, he would assume Saskia is dead, and would give all to know what happened. Rex’s words takes on an ironic twist in the end, when he consciously chooses his own death. Throughout the film, Raymond gets new ideas and furthers upon his evil plan, whenever he is having a good time with his family. An act of heroism, a birthday party gift, and eventually the family photo resting on the dashboard of the car helps Raymond to attain his fixation. 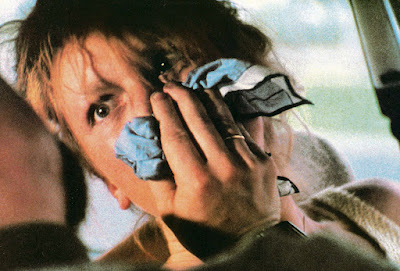 Upon its release, Director George Sluizer’s visual motifs were said to be compared with best works of Alfred Hitchcock. Although Sluizer never became an established stylist like Hitchcock, he does imbue some wonderful & striking visual themes. Circular objects signifying Saskia’s dream about golden eggs constantly recur in the film. The dream suggests how the couples’ fates are linked. The adjoining golden coins under the tree reminisces Rex of that dream and makes him to take the most irrational decision. Saskia also says that in the dream they are in separate golden eggs, but not touching. The film’s final image showcases a newspaper report about Rex and Saskia, whose pictures are in ovals, side by side, not touching. The visual motifs sort of tell the viewer that Rex buried alive inside the coffin isn’t some clever twist ending, but only an inevitable one. The film-maker also subtly suggests on why Raymond has chosen this method of killing in one brief sequence with the traffic police. The shocking ending might have now lost its novelty by now, because Hollywood and other film fraternities have repeatedly used it in some deplorable escapist fares. But, “The Vanishing” is not a film like “Usual Suspects” or “The Prestige”, where knowing the ending just spoils the experience.

“The Vanishing” (107 minutes) is a darkly compelling study about human curiosity, obsession, and selfishness. It plunges into the mindset of a sociopathic personality without exhibiting the usual genre manipulations.

That sounds quite intriguing.. Such movies are scary to me :)