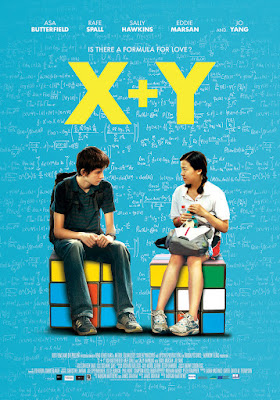 Jeffrey Blitz’s 2002 documentary “Spellbound” was follows eight kids, hailing from different socioeconomic areas with USA, preparing to get into the National Spelling Bee Championship. It is the kind of subject that makes up for a gooey reality-show. But, then Blitz turned kids’ intense preparation into a sublime, suspenseful experience. British film-maker Morgan Matthews’ 2007 BBC documentary “Beautiful Young Minds” was another amazing work that follows a group of young mathematicians, hoping to represent Britain in the International Mathematical Olympiad. The documentary, not just chronicles the back or mind-breaking math camps, but also provides to look into the students’ emotions and feelings, whose intelligence has earned them named like ‘freaks’ and ‘nerds’ in their respective schools (some are diagnosed with Asperger’s). Matthews’ has now made his feature-film debut with a satisfying drama “X + Y” aka “A Brilliant Young Mind” (2014), exploring the same subject he did in his documentary.

The film’s mathematical prodigy is Nathan Ellis (played by Asa Butterfield), a Yorkshire high-school kid, diagnosed as being on the autistic spectrum. The protagonist’s characteristics would immediately make cinephiles to think about “Rain Man”, “Goodwill Hunting” & “A Beautiful Mind”. But the central performances and skilful direction makes such comparisons inapt. While, most of the main-stream cinema views Asperger’s syndrome and autism through an outsider’s eye, Matthews earnestly tries to make us feel what the protagonist is feeling (Belgian-Dutch drama “Ben X” also took a similar approach). The film opens with Nathan, getting diagnosed in early childhood with a neuro-development disorder which also bestows him a fascination for number, colors and patterns.

Nathan doesn’t like to be touched; he doesn’t tolerate change and refuses to eat his favorite prawn balls, if it isn’t served in prime numbers. His mom (Sally Hawkins) and dad (Martin McCann) spend every possible minute with Nathan. The boy, aged five, gradually develops a strong bond with this playful father, but one day a car accident takes away his father. Nathan withdraws further into his shell, spending his childhood by solving algebra problems. He has figured out that his mother isn’t as smart as he is and so apart from few basic lines, he never talks much to her. Nathan, however, gets a lonely mentor at school, Martin Humphreys (Rafe Spall). 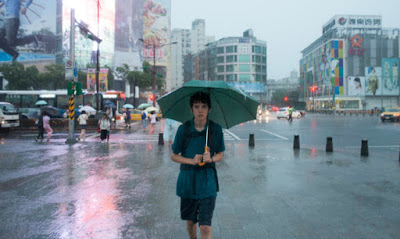 The teacher was once a competitor in International Mathematics Olympiad, but Multiple-Sclerosis disease, self-loathing and marijuana habit has reduced him to be a high-school teacher. Martin quickly realizes Nathan’s abilities and nurtures the boy’s mathematical skills. When Nathan reaches the high school stage, he qualifies for the Mathematics Olympiad’s try-outs, which is to be held in a math-camp in Taiwan. He leaves behind his distressed mother, under the supervision of Richard (Eddie Marsan), Martin’s teacher. On his trip, Nathan meets Zhang Mei (Jo Yang) of the Chinese team and a fellow team-member, Luke (Jake Davies) and both of them make a significant impression in Nathan’s life, making him to question about his own emotions and feelings.
In films like this, there will always be a commercial necessity to showcase some kind of positive note of the syndrome (like the casino sequence in “Rain Man”) and a downside to elicit polarizing emotions from the audiences. Thankfully, the film doesn’t try to use Nathan’s mathematical abilities to provide such brief jubilant chapters. However, the film does try to be blatant tear-jerker towards the end, introducing the same worn-down sentimental trajectory. The central theme of “X + Y” is that love or genuine emotion couldn’t be figured out with an equation or easy solution, although James Graham’s script is a little cheesy, imbuing certain formulaic conventions. The sappiness might have kept the film from entering into the higher echelons of prodigy dramas, but the script does offer some well observed insights (not just on autism) and possesses well-rounded characters. 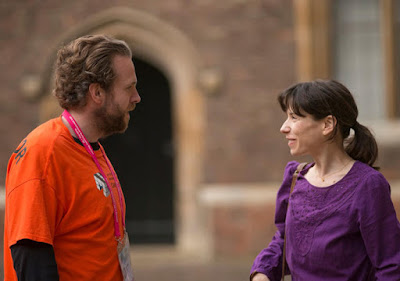 Matthews’ experience as documentary film-maker has allowed him to not just concentrate on Nathan, but also on a group of interesting people. Luke is the most-bullied by his team-mates for being immodest and little odd. But, the bullying of Luke is portrayed in a complex manner as the bully, Isaac (Alex Lawther) isn’t a bad guy or a bad winner; Isaac just can’t stand Luke’s ramblings. There is a brilliant scene in the middle, the one where, after failing in the qualifying exam, Luke verbally jousts with Isaac and lets out his feelings. Nathan is just a mere spectator of this conversation, but his distressed face shows that he could understand Luke’s hardened feelings. Nathan, for the first time, understands the expression ‘putting yourself in others’ shoes’.  In another brilliant scene, Luke with blood marks on his hand, talks to a rattled Nathan about how the world would see them, if they are only autistic and not a genius (“It’s all right being weird, as long as you’re gifted. But, if you’re not gifted, then that just leaves weird”). Even the piano-playing, whiz girl Rebecca, who has a very limited time, seems to have fully developed character arc.

Two budding love stories are prominently showcased in the plot: one between Nathan and Zhang Mei; the other between Nathan’s mother and redemption-seeking maths teacher. Both the romances are sweetly handled, although Nathans’ didn’t make a great impact. May be because the Jo Yang, who played Mei, was trying too much to be cute, or else the script just corners her to play such a one-dimensional role. Nevertheless, the mother-son relationship brings up the genuine tear-jerking moment of the film. Sally Hawkins, as the under-appreciated mother with an ever-smiling face, bestows us with another one of her brilliant performances (she was as good as Toni Collette in “Black Balloon”, which was also about a family coping with their autistic son) . It was a spellbinding moment, when she tries to explain what emotional pain is to Nathan through the language of mathematics, and gradually the mother and son embrace one-another, may be for the first time (“When somebody says they love you it means they see something in you they think is worth something... It adds value to you…”). For Asa Butterfield, “X + Y” is the kind of film that would bring him more challenging roles in the future. He infuses his character with enough sensitivity & grace and subtly expresses Nathan’s loneliness and desire to be with the one he loves. 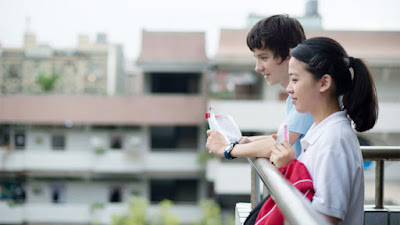 “X+Y” (107 minutes) is a poignant, captivating British drama about an autistic math whiz, experiencing life’s profundities. It seems contrived and sentimental at times, but the splendid performances provide us with an emotionally satisfying move experience.

A must watch. Would be interesting!