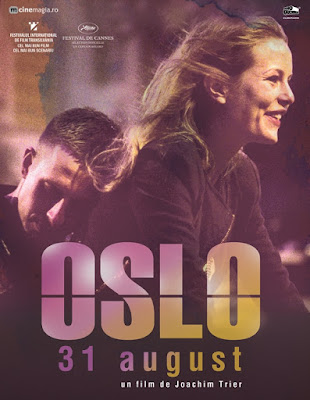 At the start of Joachim Trier’s “Oslo, August 31st”, we see the central character Anders getting up after spending the night with his Swedish friend Malin and travels to a nearby pond stuff the inside of his rockets with little rocks and takes in a hand a huge rock and steps deep into the pond, but only bursts back to the surface in few seconds. Later in his conversation in the rehab center, Anders says that “I haven’t had strong feelings in any direction” and then in a conversation with his old friend Thomas, Anders states how he didn’t feel any desire when he spent the night with the ‘Swedish chick’ Malin. That’s what has become of our protagonist in “Oslo, August 31st” (2011), a 34 year old recovering drug addict, who feels that he has lost his feelings & desires.

Anders has been in a drug rehab clinic for the past 10 months, during which he hadn’t even touched the beer. He gets his first evening leave and spends it with a girl. The next day he has a job interview (for the post of editorial assistant) and has a chance to meet his sister, old pals, etc. As the title suggests, it is going to be a testing day as each meetings would give him an idea about what he wants now in his life or whether he wants to continue living at all. Director Joachim Trier has loosely based Anders’ experience from the 1931 novel “Le Feu Follet” (The Fire Within), which was magnificently adapted earlier by French auteur Louis Malle in 1963. Joachim Trier has taken the source material and imbued some astounding, emotionally precise moments that are associated with a detached state of modern rural life. 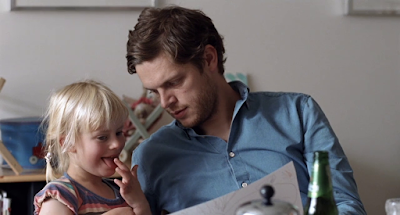 On the surface, “Oslo, August 31st” is just the same old tale about addiction or about ‘getting the monkey off one’s own back’, but what sets apart this film from being a mundane rehab tale is Trier’s enlightening directorial approach and a subtle writing that doesn’t tip over into sentimentality. Anders Danielsen Lie who has played ‘Anders’ possesses the perfect pale face of a fallen guy and he conducts himself soulfully in his long stretches of silence. The actor Anders, in fact, has the opposite characteristics of movie ‘Anders’. Danielsen Lie is a practicing physician and a successful musician. As Joachim states in an interview, ‘I (Joachim) wanted Anders, the high achiever, to explore himself in a dark alternative universe, where all his talents comes to nothing’. Danielsen Lie is said to have gone undercover into various AA meetings and tried to play Anders with as much nuance and specificity. Unlike the other regular things a addict in movies goes through, Joachim’s protagonist sort of reflects that hidden addiction, which waits in the dark for months looking out for a chance. 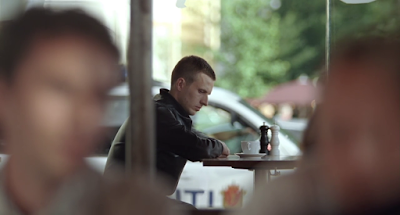 If you had seen numerous films about drug addiction, the trajectory and the ending are almost predictable, but still there are many incredible subtle and philosophical moments that are specific to life of Anders and his rural life. As Anders wanders down his path in that particular day, we get to know how he had ‘burned all the bridges’ and how much he has hurted others. The chief theme in the film is the emptiness felt by Anders. The movie opens with home videos of Anders’ parents that evoke a sense of melancholia & nostalgia. Anders, in his detached state, provides a voice-over trying to contemplate the portrait of their past. The protagonist’s inability to reach out to the new or current world is wonderfully exhibited through those voice-over sequences. Anders detached nature could be strongly felt in the conversation he makes at the party. When a friend jokes about a hilarious thing that has happened to Anders in a girlfriend’s house, he just doesn’t get the joke or don’t want to. During the day, Anders gradually develops the desire to live (when he phones to former sweetheart Iselin; or when he meets the university student), but it is somehow not enough to fill the void in his life. 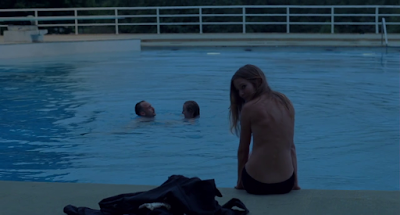 Anders’ destructive path has also something to do with the total freedom he had enjoyed, where there is unlimited opportunity. Joachim Trier is trying to showcase how limitless freedom and numerous choices could also force a man into a descent (similar to an authoritarian society). Trier shoots through the typical rural settings like the night clubs and house parties, but these aren’t shot with doses of glamour. People are dancing joyfully under the flashing lights, but a sense of melancholia pervades.  Director Joachim has also intimately constructs the charged conversations with friends (especially the one with Thomas), gradually sinking in the wounded pride or the dissatisfaction. However, my favorite scene is the one when Anders and the viewers catch the snippets of strangers’ conversation in a cafe. That scene subtly adds more desolation to the life of Anders, especially when most of these dialogues hinges on naivety (young girls & men talk about the latest internet sensation or about their perfect romantic holiday). 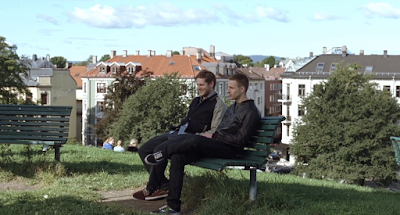 Director Joachim Trier sets up the City Oslo itself as a character. As I mentioned earlier, the film is an intimate portrait about the existential dark side of Norway’s social democracy. The street shots brims with a dynamism and energy, we had encountered in earlier Godard’s films. But, one man whose influence hovers over the film’s contemplative & melancholic mood is that of the great French Minimalist film-maker Robert Bresson. Trier has diffused the narrative with much elegant symbolization. Repeated viewings are certainly necessary to study them, although one good symbolic representation I saw through was when Anders rejects to go skinny-dipping with his new, young pals. Being in pool of water (naked or not) is often known as symbol for ‘rebirth’ (literally baptism). Since Anders rejects this offer, we are subtly reminded of what comes next.

“Oslo, August 31st” (90 minutes) explores the heavy theme of drug addiction through lyrical characterizations and pitch-perfect poignance. A soft, lively beauty could be felt even through the film’s grim trajectory.

Saw the trailers as well. It looks like a promising film