Kes [1969] – An Imaginative Lad’s Struggle against Drudgery and Preconceptions 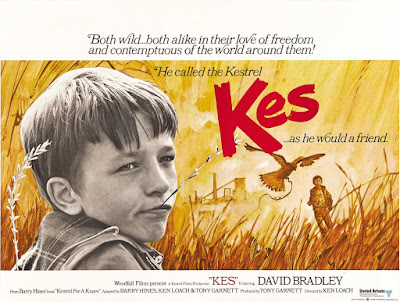 Only few directors in the world of cinema were able to produce astoundingly prolific works with consistency for a longer time in their career. British film-maker Ken Loach’s five decade directorial career is one rare example. From “Poor Cow” (1967) to “Jimmy’s Hall” (2014), Loach has been a champion filmmaker in raising thorny sociopolitical questions. Loach’s declamations against the established power also made to him be the most misrepresented and vilified of the British directors. Renowned Critics often annotate that every images within a film arrive with ideologies attached with them and that cinema is more than a means to offer distraction and pleasure. If you think  those words seem to speak the truth, then as a movie-buff, one can’t definitely exclude the works of this foremost political filmmaker.

Ken Loach’s much admired naturalistic style reached its fullest form of expression in his second feature-film “Kes” (1969). The film was based on Barry Hines’ novel “A Kestrel for a Knave”, who co-wrote the screenplay along with Loach and television producer Tony Garnett (Loach’s earlier TV dramas were produced by Garnett). The story basically fits into the ‘coming-of-age’ sub-genre, told with a dash of Neorealism. The film’s protagonist is a gangly and wise teenage boy Billy Casper (David Bradley), hailing from a Yorkshire working family. His town named ‘Barnsley’ is a mining town, where social and economic oppression always sends the working class into the abyss of emotional despair. Billy is more intelligent, smart and respectful than what his teachers and family members think of. Billy, owing to his background, is always perceived as a thief, and so he doesn’t care to nick things when it is convenient. He is repeatedly bullied & exploited by the social system in place. 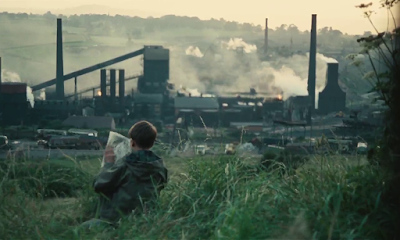 The film starts with Billy woken up early in the morning by the ramblings of his elder brother, Jud (Freddie Fletcher) who has to go for his shift in the pit. Jud has skipped school to be just another laborer in the coal pits and things aren’t looking the same for Billy too. The boys’ mother (Lynn Perrie) is either preoccupied with her unskilled job or about her new boyfriend. It’s been long time since the father has disappeared from the scene. Billy’s not much interested in studies and the teachers’ pompous presence doesn’t do anything to change his view. He is often bullied by his classmates (with ill-words aimed at his parents) and by his elder brother. Billy’s meandering imagination finds an objective when he sees a beautiful kestrel and its nest in a nearby farm. He gets (or stoles) a manuscript on falconry and is intrigued by the ways to train a kestrel Hawk. Billy later takes a kestrel from its nest, names it “Kes”, spending most of his time in training the bird. He soon becomes some sort of expert on falconry and the birds’ presence seems to flutter at the gloominess surrounding him. 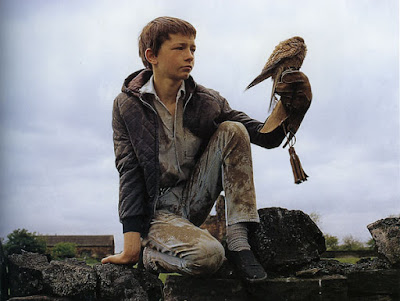 “Kes” is a very simple but a highly rewarding coming of age cinema ever made. Loach’s great quality of being a profound humanist benefits in bringing out carefully observed nuances in the characters. The director subtly notes at how individuals could be disoriented by an oppressive social system, which expects one to do the same thing as his fore-bearer. Unlike Loach’s later works like “Raining Stones”, “Looking Eric”, etc, “Kes” doesn’t really have a figure of villainy. Jud, Billy’s brother, could be considered as antagonist by some. His burning anger and drunken slurs make him a despicable character, but Loach tries to humanize by showing the madness he goes to go through by working in the pits. Jud’s wrath in the end, directed towards Billy is not because his younger brother has stolen money belonged to him, but for the reason that the money could have made him to take a week off from the pits (“Sixteen quid! I could have had a lousy week off work for that” says Jud). 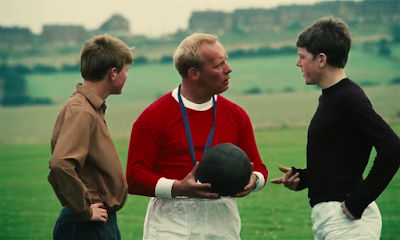 “This Sporting Life” (1963), “The Loneliness of Long Distance Runner” (1962) were some other exemplary socially conscious ‘Kitchen-sink’ dramas, but what “Kes” makes excellent from the lot is its profound central performance and the way Loach blends in humor into the proceedings. One of the most talked about scene in “Kes” is the football sequence, where a puffed up coach (played by Brian Glover) fancies himself to be a ace League player and bullies the students to make his side score goals. On the outset, the sequence might seem to be there to provide laughs, but the manner in which Billy is treated during and after the game points at the absence of basic human decency in an institution that deems to uphold social values. The same point is insisted a little grimly when ill-tempered headmaster Gryce punish students with a cane. But, as always Loach’s members of establishment aren’t always the uninterested lot. There’s Mr. Farthing who seems to resonate the viewer’s voice and comes close to recognizing Billy’s true potential. The couple of scenes, when Billy talks to Farthing on what’s troubling him sum up the underlying emotional crisis of Billy and why the boy associates himself with a kestrel hawk (“Teachers, sir. They’re not bothered about us. They’re always looking at their watches to see how long is left of the session”). 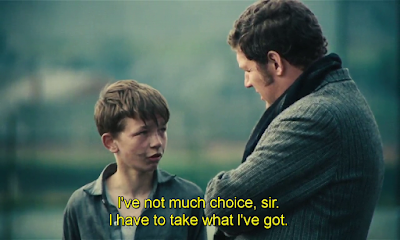 Billy’s understanding about the nature of kestrel hawk (“Hawks can’t be tamed. They are manned. That’s what makes it great”) tell us a lot about his aspirations or expectations. He respects the hawk for what it is and he expects the same from the society that always puts on the lens of preconceived ideas. The author and script writer Barry Hines’ choice for ‘kestrel hawk’ as the titular bird is not without reason. ‘Kestrel hawks are perceived to occupy lower social classes, with eagle inhabiting the top place. So, Kes becomes a true companion for the boy, who is forced to be stay at the lower rungs of socioeconomic class. If you are aware of Loach’s work, then the ending might be easily predictable. Others might be affected by the abrupt, downcast climax. In fact, many critics complain that this downward spiral towards pessimism as the fundamental flaw in the director’s works, however realistic it might be. 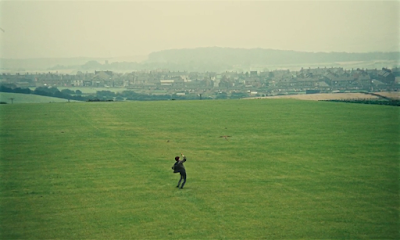 In “Kes”, the dispirited closure is expected as an unjust severity from the film’s first frame is elusively entwined. Despite its resolute, observational direction and splendid cinematography, the reason for Kes’ burgeoning impact is David Bradley’s utter lack of self-consciousness in portraying Billy Casper. Bradley’s debut could be fittingly compared with the emblematic performance of Jean-Pierre Leaud in Truffaut’s “400 Blows” (1959). His delicate and detailed gestures while training the hawk are enthralling to look at. But, whats more impressive is that Bradley has a comfortable screen presence, even when his character does nothing but just observe his surroundings.


“Kes” (110 minutes) is a heartbreaking and contemplative coming-of-age masterpiece that imbues a poetic sense of topography and character. Its brand of social realism is what continues to inspire contemporary British film-makers like Andrea Arnold, Shane Meadows, etc.

Great synopsis of a classic film...Kes is still as gritty & raw now as it was over 40 years ago and is still one of my favourites too : )