Listen to Me Marlon [2015] – A Sumptuous Treat for Moviebuffs 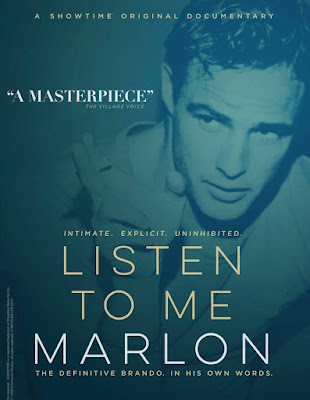 “Nobody is born evil. Most people are simply getting over bad emotional habits established in the first ten years of their life” says Marlon Brando in Stevan Riley’s unusual and stupendous first-hand documentary “Listen to Me Marlon” (2015). Like that relevatory quote, Riley’s work tries to be a eulogy for all trouble artists, rather than being a mundane & pitying portrait of Brando. Marlon was a very private person, although the tabloids and media liked to keep him on a spotlight. In his lifetime, he had rarely lowered his defenses to let others (even loved ones) learn about his innermost thoughts. And so, Riley’s documentary becomes a significant one since it is entirely based on Marlon’s private audio recordings.

With the permission of Brando’s own estate, Riley has combed through 200 hours of the recordings to concoct a profound journey into the great actor’s psyche. Marlon preferred to speak his thoughts as he was dyslexic and has treated the audio records as a form of ‘self-hypnosis’ (he says ‘Listen to me Marlon’); a way to let go. But, Riley doesn’t stick with the one-dimensional autobiographical note. He cobbles together film clips, behind-the-scene footage, and early interviews to provide us multi-dimensional, and often misunderstood, notions of Marlon. The documentary opens with a strange, digitized 3D image of Brando’s head (which the actor made in the 1980’s) and this hologram makes lip movements to the audio recordings. It sort of gives the viewer an effect of Marlon talking from beyond the grave. 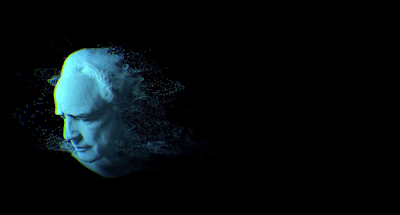 The stylistic element of using the hologram becomes particularly relevant when Brando regards the unbridled power of human face in a performance (“Your face is the proscenium arch of the theater, thirty feet high”). The documentary is not told in a strict chronological sense, although it starts from Brando’s childhood to his move to New York, where he met Stella Adler, a legendary method-acting teacher (and her mentor is Stanislavsky). After many of the emotionally despairing incidents in his life, Brando goes back to his afflicted childhood. He elucidates the emotional stress of living with alcoholic and abusive parents. But, this isn’t a documentary where Marlon just goes on and on for the sake of his ardent fans. 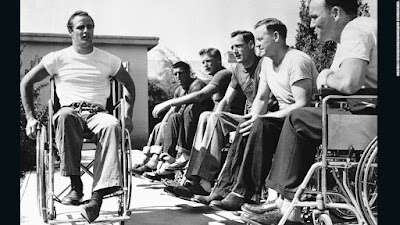 Riley astoundingly uses his directorial crafts to keep all the movie-lovers intrigued. The tapes suggest how Brando’s personal life was affected by the method-acting and Riley’s juxtaposes the clips of Brando spending time with paraplegics (to play a role of paraplegic army veteran in his debut feature-film “The Men”). Later, Marlon tells how angered he was at the sight of seeing his father beating on mother and used that anger to play a vital scene in “A Streetcar Named Desire” (Riley plays up ‘Stanley Kowalski’s tantrum in front of Stella Dubois'). The director also uses the clips & images to insist on how Brando had to make over a public image, for the sake of money & fame. We hear Marlon reciting about the abusive behaviors of his alcoholic dad, which is laid in parallel with a made-up act for TV interview (where Marlon and his dad sit with a smile) – “We had an act we put on for each other. I played the loving son and they played the adoring parents”. 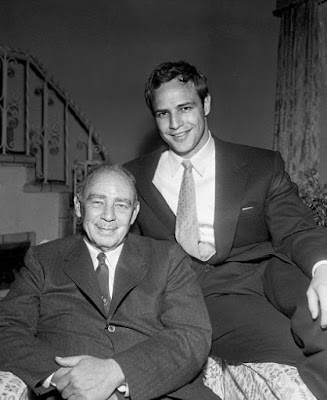 Brando does some brutally honest assessment on his performances (“There are times I know I’d much better acting than in that scene" – referring to "I coulda been a contender” scene from “On the Waterfront”). He is also candid in his hate for certain directors (Coppola, Bertolucci), movies and scripts. “How can you do that to yourself? Haven’t you got any pride fucking left” says Brando to himself on his role on “Candy” (1968). Perhaps the most poignant part of the documentary is Marlon hoping for peace of mind. The footage of his time in Tahiti are played over, in which he seems to be perfectly at home. Riley also allows us to see Brando’s reflective & rebellious side, which was rarely given its due in media. Marlon’s stand on the civil rights movement, on the plight of Native Americans, on the insincere attitude of Hollywood studios enlightens us on his craving to bring about a social change. 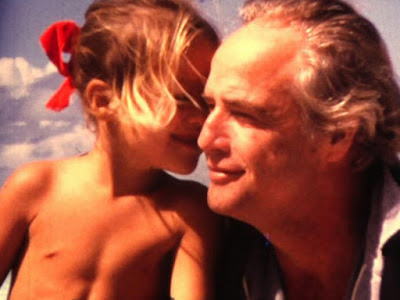 “Listen to me Marlon” is quite frank in a way we doesn’t expect it to be. Brando’s frankly talks about his numerous affairs, while being married – “Past a certain point, the penis has its own agenda… a lot of your decisions are made by your penis, not by your brain”. At times, Riley uses the audio to solemnly observe how contradictory Brando’s words turned out to be. After the birth of his first son, Christian, Brandon says “The day he was born, I said to myself ‘my father is never going to come near that child, because of the damage did to me”. Later in his life, Brando regrets for not being a good father (Christian was convicted on a manslaughter case; and Marlon's daughter Cheyenne committed suicide at the age of 25).  The actor reflects on how all his emotional malaise have raised from the first 10 years of his life and how he wasn’t able to redeem himself from that earlier damage. 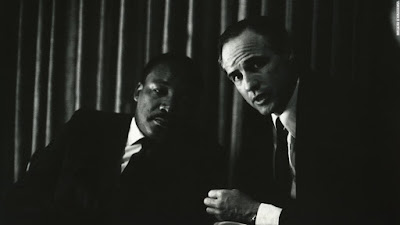 I was overwhelmed by a sense of wonder at the end of documentary as director Riley has only relied on Marlon’s voice & clippings (without using a single talking-head), and yet made it to be one of the most fascinating, biographical accounts of the legendary actor. There are times, when the narrating hologram plus the visuals of abandoned mansion or wind chimes becomes distracting, but for the greater part the documentary is a triumph of editing. Riley makes it more than an account on ‘greatest actor ever lived’; it’s also about a contemplative individual’s restless search for himself.

Listen to Me Marlon -- IMDb
at November 29, 2015
Email ThisBlogThis!Share to TwitterShare to FacebookShare to Pinterest
Labels: documentary