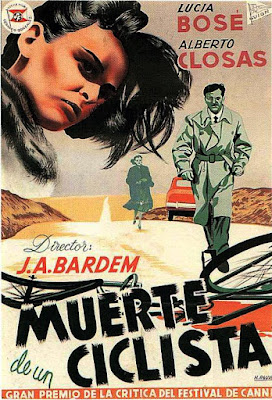 Juan Antonio Bardem was one of the luminaries of the post-World War II Spanish cinema. As a committed communist, Bardem didn’t mince words when it came to criticizing Franco’s dictatorship. Both Bardem and Luis Garcia Berlanga (the other influential Spaniard who spearheaded 1950s cinematic transformation) rejected costume or militaristic dramas (which the regime gave instant approval) and designed social drama, in the vein of Italian neo-realist cinema (by early 1950s the style was already passe in Italy). In 1951, Bardem and Berlanga co-directed the ironically titled ‘The Happy Couple’, in which they used humor to detail the contemporary Spanish life. In 1953, Bardem co-wrote the satirical script for ‘Welcome Mr. Marshall’, which was critically hailed in the international festival circuits. In the same year, Bardem founded cinema journal ‘Objectivo’. It raised awareness about film criticism and informed readers about the films banned by the strict censors (two years later, the film journal itself was banned by the government).

In 1955, Mr. Juan Antonio Bardem decided to write as well as direct Death of a Cyclist ('Muerte de un ciclista', 1955), a subversive social commentary loaded with melodrama. In the same year Bardem publicly denounced the state of Spanish cinema under Franco’s era. When Death of a Cyclist won the international critics’ prize at Cannes, Bardem was serving a brief prison term (on political grounds during the shooting of his next acclaimed feature Calle Mayor). Mr. Bardem was arrested several other times during Franco’s regime. One of vital achievements of the director is creation of Production Company called UNINCI. Although the production company was disbanded within a small period of time, it enabled the return of renowned auteur Luis Bunuel (from his exile in Mexico) to make the satirical masterpiece Viridiana (1961). 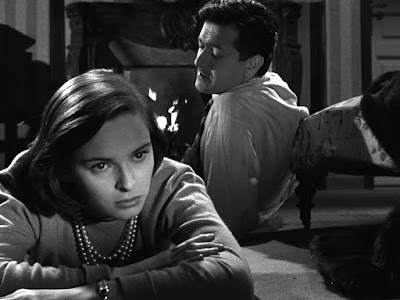 Death of a Cyclist was Bardem’s serious effort to push the boundaries of national cinema through the application of some of the American cinema aesthetics. It was equally influenced by otherwise polarizing neo-realism and Hitchcockian imagery. The movie opens with the titular incident – a speeding car runs over a man on a bicycle, in the middle of vast rural expanse. A man immediately jumps out of the car to help the severely injured cyclist, but the beautiful woman who accompanies him asks to leave the wounded guy. The man and woman named Juan (Alberto Closas) and Maria Jose (Lucian Bose) are having a secret affair and if discovered their social status may get affected. Maria is the wife of a wealthy industrialist Miguel (Otello Toso). While the emptiness of bourgeois life has made Maria to seek the arms of her old sweetheart Juan, she isn’t daring enough to leave the lavish lifestyle. Juan was an idealist and a soldier who fought against fascism in the Spanish Civil war. Now, he has gained some political security and a job (as professor) due to his powerful brother-in law.

Next day, Juan reads about the death of cyclist, published under a small column in the newspapers. The couple’s guilt of leaving the cyclist intensifies when a scornful pianist/art critic Rafa (Carlos Casaravilla) – a frequent guest at rich-people parties – insinuates that he watched the adulterous couple in the same rural road. It’s not clear whether Rafa watched the accident, but Maria Jose wants to protect herself before the issue becomes a big scandal. Juan makes a trip to visit the cyclist’s widow, residing in cramped quarters. An elderly neighbor lady informs that the widow has made the exhausting trip to Madrid to claim her husband’s insurance. The visit gradually leads to regeneration of Juan’s morals, who has been hollowed out by collective as well as individual failures. Now he wishes to confess his crime and liberate himself and he prods Maria Jose to do the same. 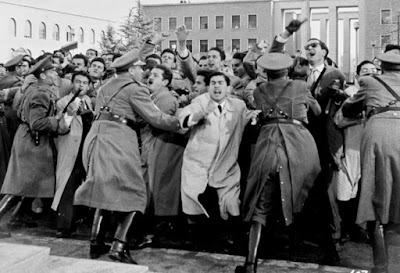 Director Bardem’s refined visual language tries to explore the nature of two different conflicts: an internal conflict – choosing between good and evil; and societal conflicts – huge division between poor working class and bourgeois society. The internal conflicts are brilliantly emphasized by juxtaposing inner feelings with distinct atmospheric surroundings. Bardem stages the central characters’ conflicts in well-realized backgrounds of a circus arena, an art exhibition or riotous party. Maria and Juan’s meetings are often filmed in close-up or over-the-shoulder shots, where the tight framing zeroes-in on their timid feelings. Bardem employs efficient, creative editing techniques (by Margarita Ochoa) to build suspense. Apart from the superb use of jump cuts and match cuts, two editing sequences stand-out: the class room and party scene. The indifferent action of Juan in the classroom was punctuated with long shots of classroom and increasingly tighter shots of Juan’s face. He is distressed after reading the news of cyclist death, which leads him to embarrass a good student in front of the entire class. Juan’s actions in the scene are seen as a subtle indictment of the elite members of Francoist Spain, who utterly disregarded the issues around them.

While the internal conflicts, accentuated using noir textures and Hitchcockian techniques, works well for the dramatic perspective, the social insights and politicized conversion of Juan are neither subtle nor very convincing. The early sequence when Juan visits the cyclist widow’s dilapidated apartment houses (uses a lot of high angle shots to indicate the impoverished's stature) was a scathing, subtle critique on the class-ridden society, created by fascist regime. But at other occasions, Bardem lays out class politics through blunt dialogues or overt symbolism. The conversations between Juan and the student Matilde is contrived in its nature, because Juan’s redemption is repeatedly insisted as the rebirth of communist ideologue. Apart from inclusion of some of these tiresome political commentaries, Bardem excels in relating the individual feelings of oppression and dread to the collective feelings of 1950s Spanish society. The ending was one of the other minor flaws in the narrative, as director Bardem was forced to ‘punish’ the adulterous women (to pass the censors).

Death of a Cyclist (88 minutes) is a riveting indictment of the bourgeoisie class’ ego, greed, and spiritually empty opulence. Barring few blunt segments, the film’s sociopolitical commentary remains more relevant than ever.