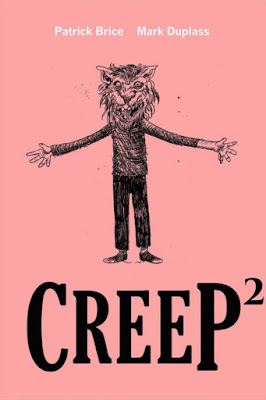 Patrick Brice’s debut feature Creep (2014) is one of my favorite horror movies of recent times. Ever since the ginormous success of Blair Witch Project (1999) & Paranormal Activity (2007), the audience’s overexposure to found-footage/faux documentary horror reached a point that every project this sub-genre of horror was written-off as cheap, nonsensical fare. Although Creep starts off with a standard found-footage horror setting – a freaked out videographer, weird guy and dark woods – it doesn’t surrender itself to the limitations or expectations of the sub-genre (Japanese found-footage horror Noroi the Curse is another good example). The two-member crew -- Patrick Brice and the multi-faceted Mark Duplass -- reinvigorates a banal idea that we are left with a note of uncertainty, wondering the outcome of the seemingly simple set-up. In Creep, Brice plays an underemployed videographer who answers an obscure Craigslist ad, posted by Josef. The guy promises $1,000 for a day of filming at his house in the woods. Aaron meets Josef and finds him to be weird and the guy’s eccentricity clear makes him uncomfortable. But he puts up with him for the pay. However, Josef’s behavior increasingly goes off-the-wall. The smartest element of Creep is, like Aaron, we aren’t sure what Josef intent is: to just have devilish fun to dispel loneliness or is there any deeper sinister plans. Many sequences straight-out play like black comedy, but the perfectly tuned script and astoundingly spontaneous performance consistently upends our expectations.

The sequel to Creep obviously fills us with doubts. Because for one, the film has now have developed some built-in audience (it’s not any more a unknown indie horror gem) and it’s clearly revealed what fuels the titular character’s existence. But the duo’s penchant for subversion and spontaneity in Creep 2 (2017) once again surprises us by taking unexpected narrative paths for a found-footage horror sequel. While Creep’s driving factor was mystery (about the freaky central character’s true nature), Creep 2 depends on the curiosity factor. The first movie is all about, ‘what’s he gonna do?’, whereas the second one makes us inquire, ‘Will he do it, if so how?’. The foremost interesting change made in Creep 2 is that it’s clearly much more than a cat-and-mouse game. For those who have seen Creep, they would know what happened to Aaron. But his name has survived, as Josef has now christened himself as Aaron (Mark Duplass). The charming serial-killer operating in his unique mode posts similar Craigslist ad. It’s answered by a woman who isn’t exactly a mouse like Aaron in the first part. 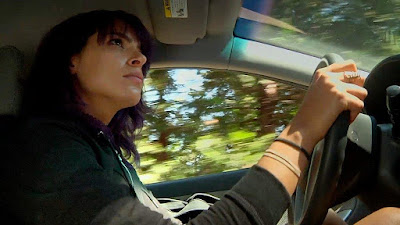 ‘I think I might be deeply untalented’, laments Sara (Desiree Akhavan) to the camera whose independent web docu-series ‘Encounters’ has been received with lukewarm response. For the YouTube video channel, Sara answers Craigslist personal ad that are absolutely weird. She visits those strange, extreme loners and simply does whatever they are seeking (for example, one guy desires to be ‘mommied’ and so she cradles the grown-man, singing him a lullaby; one other guy just wants someone to talk). Although unemployed, Sara says she isn’t doing this just for money; that she wants to reach out to the weird lonely souls like her. So Sara naturally finds Aaron’s ad to be intriguing (being a fan of ‘Interview with a Vampire’ is a plus, says the ad). Before we remark, ‘I know where this goes from here’, director Patrick Brice changes tack and this time the killer offers to his alleged victim (Sara) a more peculiar job to do. Right off the bat, Aaron confesses that he is a serial-killer with 39 kills. But as he is turning 40 soon, he is plagued with painful mid-life crisis. “It's like a job now,” muses Aaron about how he lost the thrill he gained from killing unsuspecting victims. He is OK if Sara wants to go immediately and if she takes the job – to film his goofy realizations for a day – Aaron promises not to kill her within the 24-hour window mark. Sara, as I mentioned earlier, isn’t the typical ‘damsel in distress’ character. She believes the guy is just toying with her and she is fully on-board to film his wacky antics on camera. Of course, there’s some part of Sara that considers if Aaron’s confession is true. But the voyeuristic interest and the inner-sycophant assures her. Anyway, she has come equipped with a knife if things turn out dangerous.

Patrick Brice once again employs innovative ways to put the faux documentary style to good use. All the creative decisions made in this particular horror genre, boils down to one vital question, “why is the camera on at this moment?” Hence, each of the minimal yet edgy scenarios perfectly justifies the decision to observe or capture certain things and leave others to our imagination. Brice’s characters in both parts aren’t obnoxious ones, whose purpose is to simply catch something out-of-the-box in their camera. The camera in Creep primarily informs on the character and the genuine scares arise from what we glean from those character interactions. Of course, the odd, carefully construed visual angles -- mostly set in sparsely lighted compact spaces -- brings more edge to the scene (the minimalist frames in the prologue scene and in the one towards the end are absolutely thrilling), but all the haunting stuffs originate in the way Brice & Duplass parcels out the disturbing information or confessions of deeds in the most organic manner. One other fascinating thing about Brice’s direction is the way he keeps alive the sense of dark humor in a scene even when he is about to hit us with terrifying developments. Jump-scare moments are hilariously called-out and the beloved ‘Peachfuzz’ (that terrifying wolf-mask from the first part) is reduced to a weird comic side-note. 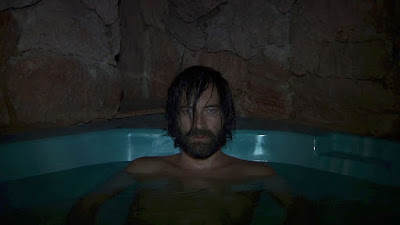 Through Sara’s desperate search for soulful connection, there’s some mild commentary on our society’s obsession to record or document every moment in our life in devices accompanying us. Common sense would motivate people to turn the capturing devices off and get the hell out of the place, but for Sara it’s all about finding connection (not just the desire to be popular) through meticulous documentation. It’s a vicious cycle, where the voyeur feeds the narcissist and the narcissist the voyeur. The performances of Desiree Akhavan (who made a very good directorial debut with the indie film ‘Appropriate Behavior’) and Mark Duplass are nothing short of enchanting. Sara doesn’t fall into the potential pitfalls which often await women characters in horror films. Desiree’s energetic portrayal imbues Sara with her own specific ambitions and desires that really makes sense. Mark Duplass is once again terrific as the unpredictably oscillating sociopath. The way his character refers to ‘Infinite Jest’ or Coppola (and Apocalypse Now) remains absolutely hilarious. And, it’s particularly hard to take eyes off him when he rants about his woeful past (and since says he is a pathological liar we aren’t sure if anything he says is true), looking straight into the camera. There are already talks of Brice and Duplass doing a third ‘Creep’ movie. Considering how the duo had peeled-off interesting layers of this dangerous character so far, it would be so intriguing to see what they have in mind for the next one.