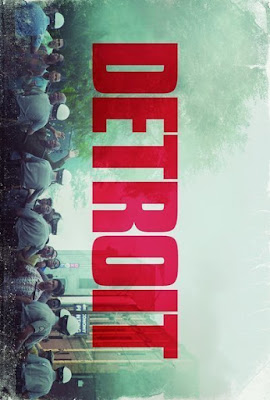 Between 1964 and 1971, numerous urban centres in America was torn apart by race-related riots, the ensuing civil disturbances resulting in large number of deaths, injuries, arrests, and property damage. Although United States has experienced racial tension throughout its history, the 1960s riots were totally unprecedented, in terms of its recurrence and scope. The Nation Advisory Commission on Civil Disorders reported that the riots were the direct result of unjust and prejudicial treatment of the African-Americans. From the killing of James Powell that preceded Harlem riots of 1964 to the death of Freddie Gray that caused civil unrest in Baltimore in April 2015, the serious grievances of African-American community and the police criminality and brutality have largely stayed unaddressed. Furthermore, the riots only left the minority racial group to face myriad of socioeconomic problems.

One early morning in July 23rd  1967, police raided ‘blind pig’, an illegal after-house club, situated in a black neighborhood in Detroit. The raid was said to be the event that triggered clashes between police and the black community which lasted for five long days and claimed 43 lives with approximately 7,000 arrests made alongside unprecedented amount of property damage. Long before the unrest in Detroit, race riots has spread through Newark, Los Angeles (Watts), New York (Harlem), and New Jersey. Moreover, the Detroit Police Department’s mostly white police force was infamous for violating the civil rights of African Americans. The deadly combination of poverty, unemployment and the systemic abuse of law and government gradually pushed the mistreated community to the breaking point. This is the grievous and burdensome history that’s behind Kathryn Bigelow’s Detroit (2017), a dramatization of the racially-charged police brutality during the riots of 1967. By reflecting on a bloody chapter in US history, five decades back, director Bigelow and writer Mark Boal may have intended to exhibit the persistence of racial injustice, provoked by urban segregation and moral corruption of the institutions. But that's not exactly what it seems in the final product. 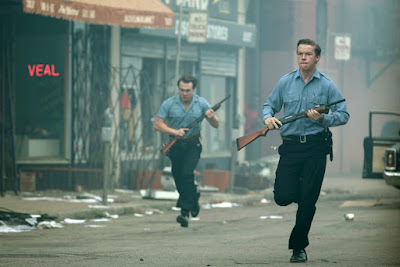 Detroit is not the multi-faceted story (unlike Zero Dark Thirty which also had its set of problems) of the riots that turned America’s 5th largest city into a battlefield. Its focus is narrowed to fall upon the events which happened on a single building on the night of July 25th. Detroit opens with a wonderful animated sequence which explains the migration of African-Americans to urban centres, the white flight to suburbs, and the perfect urban segregation. After the unrest surrounding the raid at the unlicensed after-hours club, the government officials immediately deploys National Guard and even airborne, tank divisions. After the street-level recreation of the early unrest, Bigelow inter-cuts to real-life footage of the public disorder, followed by the district Congress representative John Conyers' address to a riled crowd, rejecting his call for patience and peace. His words are countered with chants of ‘Burn it down!’. The narrative doesn’t provide protagonist duties any one single actor, and goes on introduce the characters whose lives are about to be changed by the upcoming devastating event.

Melvin Dismukes (John Boyega) is a factory worker at day-time and works as a security guard at night. Three trigger-happy policemen ride in a nondescript car through the destroyed black neighborhood, passing off falsely contrite comments. The three get out of the car when they see a young African-American coming from a shop, who they’re sure is a looter. When the young guy flees, officer named Phil Krauss (Will Poulter) chases and shoots him twice in the back. Back in the station, Phil is questioned by a detective and informs that he’ll be charged with murder. But Phil is sent back to active duty with his racist pals. In a backstage at Detroit’s Fox Theater, four young African-American members of famous local band Dramatics eagerly await their chance to perform. The fifth member of the band, Fred Temple (Jacob Latimore) joins others at the backstage and lead singer Larry Reed (Algee Smith) sets off to rehearse a song in his soulful voice. But just when the Dramatics are about to take up the stage, the show is shutdown by the lawmen, citing the riots outside. Frustrated by the cancellation, Fred and Larry get a room for the night at Algiers Motel. 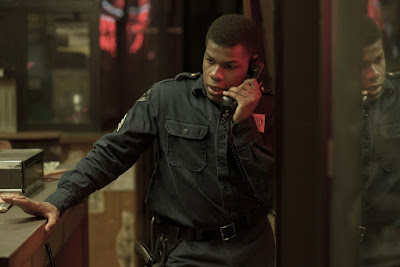 Some of other residents of the motel are group of 17 or 18 year old African-Americans fooling around in a large upstairs room, two young white girls (Hannah Murray and Kaitlyn Dever) visiting from Ohio, and a Vietnam war veteran (Anthony Mackie) in search of a job. One of the adolescent guy named Carl (Jason Mitchell), furious at the way they are treated by police force fires a starter pistol, as a stupid prank, from the upstairs room of the motel. The police forces gathered on the streets wrongly misinterpret it as ‘sniper’ fire. The police, led by psychotic Phil, first shoots at the motel, then storms inside, rounding up all the residents through fierce showdown of force and questioning about the gun. One of the racist cops finds the two white girls chatting up with the war veteran in a separate room and this set off a sequence of unbridled brutality. The prolonged torture of the motel residents will surely be an endurance test for the viewers, but to director Bigelow and cinematographer Barry Ackroyd’s credit, the imagery isn’t overtly exploitative in its treatment of violence. But while there are definitely fewer problems in terms of visual approach, what ultimately makes Detroit a disappointing film is its narrative components and the overall moral approach.

The problem with movies that explores savagery of the governing forces often lies not in what it shows; it’s in what not shown that serves up an underwhelming experience. Boal’s extensive research on the Algiers Motel incident not only contains the space for addressing the shocking criminality of police, but also a chance to display the humanity of African Americans and eventually the utter failure of Justice system. But Bigelow’s Detroit suffers from overwhelmingly superficial approach to characterization and lack of moral complexities. The handheld and shaking camera which resembles the perspective of archival documentary footage attempts to authentically dramatize the agonies encountered inside the motel. The camera vividly captures the victims’ pain and the abusers’ uncontrolled anger through sharp angles and expressive performances. The technique immediately passes off an electrifying shock inside us. But regardless of the effort taken to capture the emotions, the narrative undertakes the task of relinquishing the characters with an inner life. The living conditions, background, desires of the victims of police brutality in the narrative are never introduced. The characters make familial cultural and social remarks, but none of it studies them in a brisk, intimate scale. Even the narrative’s supposedly ambiguous characters, Larry and Dismukes are defined by clunky dialogues and conflicts pertaining only to the riots. It’s a kind of cliched dramatization to make Dramatics miss their chance to perform on-stage due to riots which minimizes the characters' role into mere ciphers. Nevertheless, the actors playing both these characters bring some depth and nuance to their respective characters. 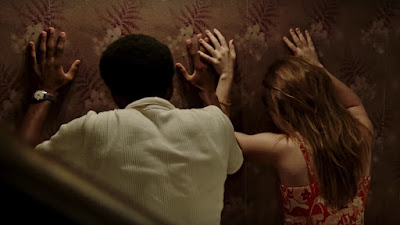 Detroit may have rightly chosen to not have a protagonist, but it does have an antagonist, who perpetually comes across as a bad apple (an exception), not as the amalgamation of everything that’s wrong with the police force. Will Poulter does his best to not turn his villainous character into a caricature. But the damage is already done at the script level. The sociopathic officer Phil Krauss and his racist buddies easily demarcate the situation into a conflict between good and evil. They don’t have to be falsely humanized as Matt Dillon’s racist cop in Crash (2004), but the very narrow focus makes them to stand out as the stark exception in Detroit Police Force. After the episode at Algiers Motel, Boal and Bigelow introduces new characters (family of a victim), depicts the trauma of victims, and chronicles the anticipated miscarriage of justice at the trial of police officers. But, considering the unflinching manner the film-maker has laid out Algiers Motel incident, it’s bothering how the narrative never critiques the political and justice system that has repeatedly allowed such things to happen. The proceedings hint at a possible schism between good cops and bad cops: the trigger-happy policemen vs the caring one who addresses the terrified black guy as ‘brother’; the despicable detective who turns Dismukes into a scapegoat vs the annoyed detective who interrogates the murdering policemen. The American experience of black people is, in reality however, not just defined by behavior of few bad eggs, but due to the whole system of injustice. While Detroit surely shines light on a lesser-known incident of civil-rights violation during the 1960s, its overall judgement of the context of events is wholly problematic (from the lynching of Emmett Till in 1955 to the killing of Freddie Gray in 2015, the brutalities are spread throughout America, and those accused are often acquitted by white-juries; so definitely the system can’t lay its blame on ‘bad apples’).

The thing about film-makers who wants to bestow knowledge about a particular historical chapter is that sometimes their approach is safer and unremarkable so as to eschew the dense, multi-dimensional contexts. Running for nearly 2 hours and fifteen minutes, Detroit is so perfect in its depiction of physical aggression to elicit an instant emotional reaction that it doesn’t go beyond that atmosphere of physical discomfort. The result is that it neither portrays the relentless systemic race-related problems of US in an intimate, micro-level (like Killer of Sheep, Do the Right Thing, Fruitvale Station, etc) nor at a macro-level (Macolm X, Selma, etc). It’s ultimately an ambitious but also a very frustrating and forgettable attempt.

at December 01, 2017
Email ThisBlogThis!Share to TwitterShare to FacebookShare to Pinterest
Labels: 2017 Movies, Based on True Story