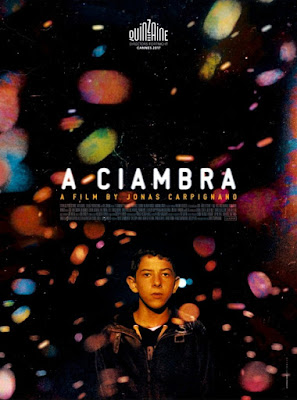 Italian film-maker Jonas Carpignano’s neo-realist coming-of-age tale, A Ciambra (2018) is about a 14-year-old boy named Pio, growing up within a secluded and marginalized Romani (Gypsy) community in the Southwest Italian region of Giola Tauro, Calabria. Carpignano’s previous feature-length directorial debut, Mediterranea (2015) chronicled the tale of two refugees making their way from Africa to southern Italy. A Ciambra is an expansion of the premise, the director broached in his 2014 short of same name. He also smartly ties both his feature-length movies’ narratives together, by weaving a strong bond between Pio and the central character of ‘Meditteranea’, Ayiva (Koudous Seihon), an immigrant from Burkina Faso. Moreover, by straddling the lines between documentary and fiction, Jonas Carpignano creates a rich cinematic tapestry revolving around two diminished and displaced communities without resorting to poverty porn. Like the old neo-realist cinema, A Ciambra possesses an unmistakable authenticity, deftly pulling us into the insular and unpredictable life of a chain-smoking, car-stealing teenager.

Cinema has long looked at Gypsy or Romani community with mistrust. Their penury, ostracism, and discrimination have largely been absent from popular narratives (Steven Knight’s Peaky Blinders (2013-) series is an exception as it contained nuanced, complex Romani characters), as most films reduced the community’s existence into few punchlines. Of course, there have been vibrant yet obscure films about Gypsy people so as to rightly decimate the misunderstandings and myth-makings. Aleksandar Petrovic’s I Even Met Happy Gypsies (1967), Tony Gatlif’s Latcho Drom (1993) & Korkoro (2009), and Emir Kusturica’s Time of the Gypsies (1988) are some of the interesting ethnographic character studies of Romani, Gypsy people I have seen. Shot on a handheld 16 mm in cinema verite style, Carpignano’s movie withholds the same degree of verisimilitude. The Romani family – the Amatos – in A Ciambra play a version of themselves. The backstory Mr. Carpignano has divulged about (in interviews) how he came to meet the Amatos and make them chief subject of his movie is itself makes up for an intriguing drama. In fact, the director’s ability to perfectly capture the Amatos’ rough everyday life and dynamism in family relationships attracts our attention more than the familiar beats of the coming-of-age narrative. 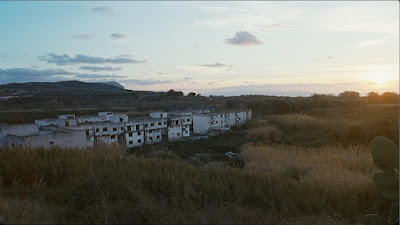 Early into the film, we get acquainted with the bustling sense of chaos that drives the structure of every-day life for the Amatos. The camera conveys the rawness of 14-year-old Pio’s reality with everyone, from adult to children, are yelling or cussing. This parallel world has been previously made familiar to us with films like Pixote (1981) or City of God (2002). Kids casually smoke cigarettes in front of adults, easily distancing themselves from the adults’ lambasts. They aren’t even kids, but rather a mini-version of hustling adults. Once after establishing the delirious atmosphere and questionable morals of the Amato family, the director pulls back and gradually addresses their concerns in life in a more humanistic way. At some point, after closely watching their confined lives that’s devoted to commit organized yet petty crimes for making ends meet, we can’t help but feel that they have no other choice in life. 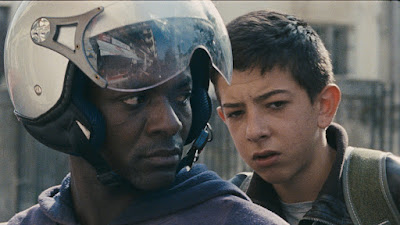 Pio already wants to prove his family that he is no longer a boy by joining his father and elder brother Cosimo’s criminal endeavors. Pio fervently follows Cosimo around, learning a thing or two in order to face his fears and exhibit his mettle. He picks up various tricks involved in car-thieving trade and other hustling trades, required to survive the streets. When Pio’s brother and father are caught by police, Pio sets out to fill their shoes and provide for his extended family. He befriends an African man Aviya, whose presence provides Pio a sense of calmness and level-headedness. Earlier, Cosimo and other family members exhibit their prejudices and mistrust about the emerging African immigrant community, who live in huts, barracks, caravans, and tents like Romanis once lived. Pio’s tentative friendship with Aviya (almost becomes a substitute for Cosimo) provide him the window to look into African community, who share the same invincible human spirit similar to the Romanis. But there are limits to this budding friendship, which Pio harshly learns later in the narrative.

Director Jonas Carpignano’s style very much resembles social-realist films of Dardenne brothers. The camera strictly attunes to Pio’s narrow, restricted worldview, as he’s constantly on the look-out for ways to exploit his surroundings. Cinematographer Tim Curtin swiftly throws us into the chaos of a family dinner or thieving job, leavening the scene with natural energy. It serves the basic cinematic aim of enclosing audience within the different world. The issues surrounding the marginalized community are subtly shown without any overt preaching. The only exception to that is the indelible moment Pio share with his reticent grandfather, who bestows Pio the wise advice essential for their survival: “Remember, it’s us against the world.” Mostly director Carpignano intimately focuses on the anxieties and longing of the young boy. As a matter of fact, the director’s attempt to construct a standard story-line with three-act structure does make certain elements repetitive and contrived. 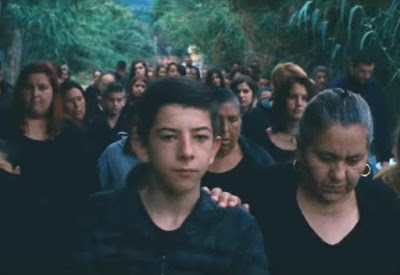 The family members’ real challenges in life itself may contain countless dramatic arcs than this manufactured coming-of-age plot-line. Moreover, Carpignano’s sense of fiction, especially in the second-half, follows a very predictable path. Nevertheless, due to the emotionally resonant relationship between Aviya and Pio, and because of the gut-wrenching climactic portions, we eventually receive a much enriched adolescent ‘rite-of-passage’ story. The non-professional Pio Amato does a wonderful job in conveying the look of uncertainty and fear plaguing a boy at the crossroads of adolescence (a worthy contender to Charlie Plummer’s tender performance in ‘Lean on Pete’). The other non-professional players (the whole Amato clan and group of African immigrants) have done a fine job in keeping together the raw, morally relative developments of the story. Altogether, A Ciambra (118 minutes) is an engrossing work of contemporary neo-realism, enlivened by the director’s eye for details and vivid textures in portraying an impoverished, crime-ridden community.

I have seen some Rom groups from close, and their messy lives, filled with smoking, alcohol, poverty and violence, can be daunting. I have always asked myself why they refuse to integrate like other immigrants, though they have been here for decades - probably some of them do and thus become invisible - we see only those who do not manage it.
Thanks for the wonderful review.