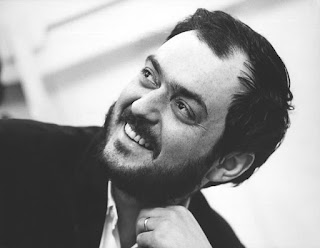 One of the most consistently fascinating filmmakers in the latter half of the 20th century, director Stanley Kubrick saw his seminal work praised and damned with equal energy, though oftentimes found that his film’s reputations grew over time. He had a directing career spanning over 40 years, during which he completed only thirteen full-length features. However, those features are some of the most esteemed, and controversial  films ever made.

"I think the big mistake in schools is trying to teach children anything, and by using fear as the basic motivation. Fear of getting failing grades, fear of not staying with your class, etc. Interest can produce learning on a scale compared to fear as a nuclear explosion to a firecracker."

" I've never achieved spectacular success with a film. My reputation has grown slowly. I suppose you could say that I'm a successful filmmaker - in that a number of people speak well of me. But none of my films have received unanimously positive reviews, and none have done blockbuster business."

"Anyone who has ever been privileged to direct a film also knows that, although it can be like trying to write 'War and Peace' in a bumper car in an amusement park, when you finally get it right, there are not many joys in life that can equal the feeling."

at December 23, 2011
Email ThisBlogThis!Share to TwitterShare to FacebookShare to Pinterest
Labels: Masters of Cinema

Stanley Kubrick - No words to describe his visions.
One of my very favorite and most innovative film maker i ever found in years.
great thanks for your post about the genius.
all the best.

personally, i don't like his movies, clockwork orange is the worst film i have ever seen, psychopath !
you described your views nicely !

Kubrick is one of my favorite directors. :)
And he was such a man that you either like him or hate him, there was no middle option about him and his films. :P
So Deepak, I can understand it buddy, many of my friends hate him too. :)