The Golden Age of American Cinema

History is marked by those moments of change when the old guard is challenged by a new vision of the future. That moment for Hollywood came in the early 1960s when the studio moguls, uncertain and confused by a changing audience, failed to see the future. The 1970s in Hollywood were a fertile time. The emergence of the director, as a legitimate artist in his or her own right, shifted focus from the studios.

Due in part to falling profits and the rise of television, a vacuum arose in the industry that opened the door for fresh ideas. Hollywood was redirected and, as a result, American cinema entered a new age – an age when box-office success did not necessarily preclude sophisticated content in a movie.


The Beginnings
The Hollywood studio system, an assembly-line process that had been rolling sturdy entertainment vehicles out of its plants for decades, had finally started to show its age in the early part of the decade. The once reliable stars were getting older, and so were the directors: Hitchcock, John Ford, Howard Hawks, Wilder, all of whom flourished in the 50's and 60's appeared to be losing touch their audience. 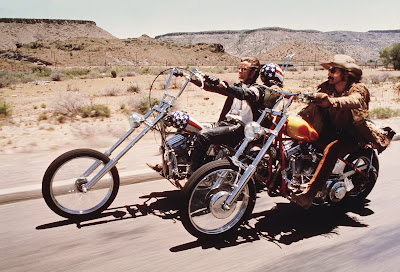 Older moviegoers were drifting away to television, and younger ones—well, as the decade wore on and the war in Vietnam escalated, their desires became more and more incomprehensible to the Hollywood power. Young ones didn't know what kind is their movies. But they knew it when they saw it. They knew when they saw Arthur Penn's Bonnie and Clyde in 1967, Dennis Hopper's Easy Rider in 1969, and Robert Altman's M*A*S*H in 1970, each one a film whose success came as a complete surprise to the Hollywood studio executives. 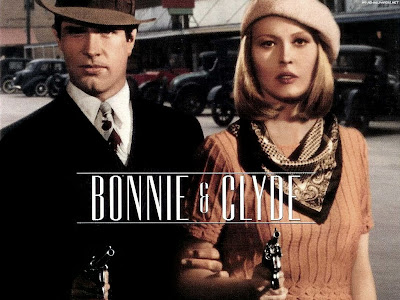 Then the major studios began greenlighting the pictures by young film-makers -- Scorsese's Mean Streets, George Lucas's American Graffiti, Terrence Malick's Badlands, all hit the screens, with studio money behind them. And occasionally, these big studios trusted a young director with a big-budget movie. The result was The Godfather(1972), made by 33-year-old Francis Ford Coppola, who had directed four previous films but never had a hit.


Dissipation of Studio System
The studio system of the 30s and 40s in Hollywood at one time worked very well.  Men and women were groomed from the ground up to become great stars. Men were given lessons in boxing, girls took ballet. Each studio had a stable of talent, including directors. Later, a system dependent upon bloated studios couldn't hold their stand. The dissipation of the studio system made for one of the better eras in motion picture history.  As the 50s were famous for, Marlon Brando style of performance, stars were truly acting, adopting a chameleon-like approach, taking on challenges.

Movies became more geared to the tastes of certain audiences rather than one streaming mass of movie goers, which meant new kinds of films were being made. In many ways the death of the studios was a boon for good film making as we saw with the films spanning from the mid 60s through the late 70s.


Hungry, Inexperienced Youngsters
Hungry, relentless and buzzing with ideas, the new generation, straight out of film school, reinvigorated Hollywood’s output with an unprecedented degree of autonomy. Suddenly, mainstream Hollywood movies were tackling contemporary issues head on, in a format that was challenging, provocative and wildly entertaining. Subject matter was informed, characterization was believable and visual flair was abundant.

Offbeat comedy drama(Harold And Maude, Midnight Cowboy) sat side by side with revitalized genre offerings(The Godfather, French Connection, Mean Streets). Never before or since, have the Hollywood studios ceded so much creative control to those who know how to use it. As the last remnants of the rigid studio system crumbled and died, new templates for how to make a movie were being created on the spot.


Awards and Money Factor
Universal started a low budget division and United Artists gave complete creative control to John Schlesinger to direct a film based on a novel by an unknown writer. Schlesinger's Midnight Cowboy was the first studio film to receive an 'X' rating and went on to win Oscars for Best Film, Best Director and Best Adapted Screenplay. 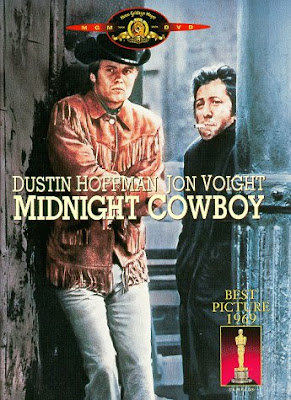 In 1971 Columbia released Peter Bodganovich's The Last Picture Show. Beautifully photographed in black and white the film was nominated for eight Oscars, winning two. The young Martin Scorsese made a film about the streets that he had grown up on in New York. He took it to Paramount who hated it but Warner loved it and Mean Streets became a hit

Network(1976) is an example of a hugely successful and critically acclaimed feature film that offers a critique of television, ideology, and the consequences of American-led post-war capitalism. Network’s ultimate concern – the negative impact of corporate culture and the mass market on society, and the processes by which it affects this – is essentially a mirror for what happened in Hollywood after the 1970s.
The End of an Era
In 1975, Jaws released. Jaws was the Hollywoods' biggest advertising campaign ever brought audiences to see what would turn out to be the shape of things to come. The film opened to rave reviews by critics and audiences. After that came Star Wars and the 'Blockbuster Era' was born. 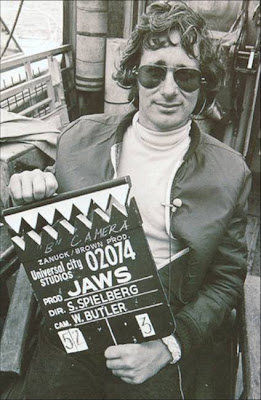 By the end of what was a dazzling period of innovation and artfulness – delivering films such as Easy Rider, M*A*S*H* (Altman, 1970), Badlands (Malick, 1973), The Conversation (Coppola, 1974), Mean Streets (Scorsese, 1973) and Network, Hollywood succumbed to commercial pressures – eschewing unhappy endings and highly political content and commentary in its films for ‘the blockbuster.’
Film narratives switched back to happy endings, resolution and dominant societal paradigms reasserted themselves. One only need look at the young George Lucas’ spectacular rise to fame with Star Wars (1977), an overly simplified fairy tale of ‘good vs. evil’.
The non-glorified violent protagonists, and subtlety of films like Taxi Driver were gone. Heroes who triumphed over 'bad guys' were back. Films like Apocalypse Now and Raging Bull, both critically acclaimed but not box office hits. While some, most notably Scorsese, have continued to make films in the New Hollywood tradition, most directors of that era did not find a place in the new Modern cinema era.
Independent Cinema In The Block-Buster Era
Independent American cinema is where the mood of the seventies is most alive today. In an arena for big budget market trends, filmmakers struggle to cultivate a cinema that is more personal, more concerned with the nuances and mannerisms of human existence, as seen from ground level.
The era of personal and issue-oriented film-making was all but over. And we now have a Hollywood that refuses to take a chance, afraid that it will mess up overseas sales potential. Hopefully, talented directors like Tarantino, David O Russell, Alexander Payne, Wes Anderson are at least getting some mainstream recognition, mainly in the award seasons. Some of these director carry a legacy, which is more than 35 years old.
Watching all these wonderful American movies from 70's, makes us think of a saying, "That which burns brightest doesn't burn long."
References :
Mark Harris, Pictures at a Revolution: Five Movies and the Birth of The New Hollywood.
Easy Riders, Raging Bulls: How the Sex, Drugs, Rock 'N' Roll Generation Saved Hollywood (Documentary, based on the book by Peter Biskind)
What Is The Hollywood Studio System - eHow.com
at May 03, 2012
Email ThisBlogThis!Share to TwitterShare to FacebookShare to Pinterest
Labels: Film History, Hollywood Movies, Social Drama

Wow... what can I say but Brilliant!!! You have incredibly succeeded in bringing to life the Golden Age of American Cinema and you have done it very vividly and kaleidoscopically. Congratulations!!!