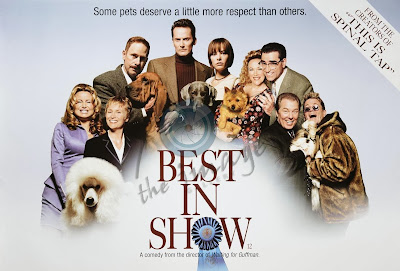 The Faux-documentary (or mockumentary) is a term often associated with horror genre. After the great success of “Blair Witch Project”, it has become a common thing for film-makers to make not-so-frightful, shaky camera, low-budget films. But, there’s Rob Reiner’s “This is Spinal Tap” (1984), which incorporated the mockumentary style to get a funny look at the world of rock stars. It was one of the best satires on American rock culture. One of the writers of this hallowed classic was Christopher Guest. He is a mockumentary specialist. He directed and written the 1996 comedy, “Waiting for Guffman” – a satire on small-town theatrical productions. In that same distinctive style, he made "Best in Show" (2000), which follows a group of starry-eyed dreamers on the road to a minor glory.

Guest’s comedies are generous-hearted, at the same time makes a biting statement. He sees the American cultural neuroses through the lens of a satirist. His characters walk a fine line between affection and cruelty. “Best in Show”, like Guest’s best, parodies the contestants of major dog show in Philadelphia. But, he never takes a cheap shot and by-passes the predictable jokes and stock plots. 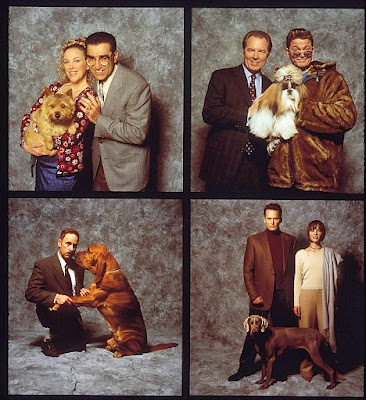 At 90 mins, “Best in Show” doesn’t waste its time with over plotting. The film starts with the short introduction of characters who all have a shared goal. They are eccentric, silly dog owners and they have scooped enough to get their pooches into the prestigious Mayflower Kennel Club show, in Philadelphia. Gerry and Cookie Fleck (Eugene Levy and Catherine O'Hara) have a Norwich terrier, ‘Winky’ and are preparing for a drive from Florida. Gerry is an owlish kind of guy. His wife, Cookie has an impressive sexual past and finds former boyfriends at every turn. Meg and Hamilton Swan (Parker Posey and Michael Hitchcock) are uptight lawyer couples. They are obsessed with their Weimaraner, ‘Beatrice’, which even makes them to see a shrink.

Harlan Pepper (Christopher Guest) is a fishing-shop owner and hits the road in his RV with high hopes for his bloodhound, ‘Hubert.’ Rich New York gay couple Stefan Vanderhoof (Michael McKean) and Scott Donlan (John Michael Higgins) travel in style and pampers their Shih Tzu, ‘Miss Agnes’ incessantly. Sheri Ann Ward Cabot (Jennifer Coolidge), a trophy wife for an old wealthy guy is carrying on a lesbian affair with Christy Cummings (Jane Lynch) – a professional handler of Cabot’s Standard Poodle, ‘Rhapsody in White.’ The poodle was the ‘Best in Show’ winner for the previous two years. 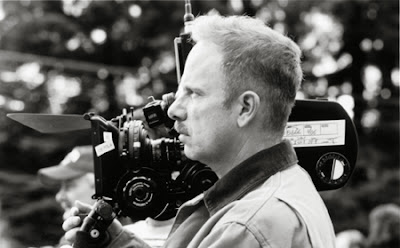 The greatness of this film lies in Guest and Eugene Levy’s impeccable script and the actors who improvise and bring the characters above their stereotypes. Guest and his cast never look down on the characters on-screen. They unconsciously reveal, who the persona's are and at the same time makes us laugh. The director makes us care for the characters and there’s also a lot of tension surrounding the question of who eventually wins the "Best in Show" competition. Guest has instructed his actors to prepare themselves by taking dog-handling classes. He has build up a dog show from scratch for the sake of authenticity.

Among the large cast, Levy, Guest and Catherine O’Hara stand out. Guest engages us with his dead pan comedy and ventriloquism act. Levy gives the hilarious performance as O’Hara’s past boyfriends practically drool on her in his presence. Fred Willard’s presence as on-air TV commentator takes an already funny movie and upgrades it to the next level. He throws out mirthful, riotous one-liners and tries to add some color to the commentary, while the sober Trevor Beckwith (Jim Piddock) provides astute explanations of what’s happening at the center. 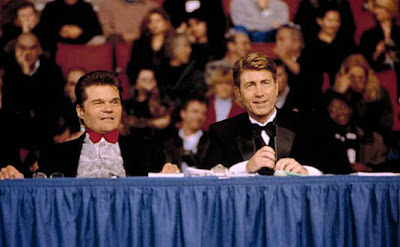 “Best in Show” is practically a comedy of manners. This movie is not about a dog show. It’s about goal-oriented, obsessive humans, parading around the center with two legs.