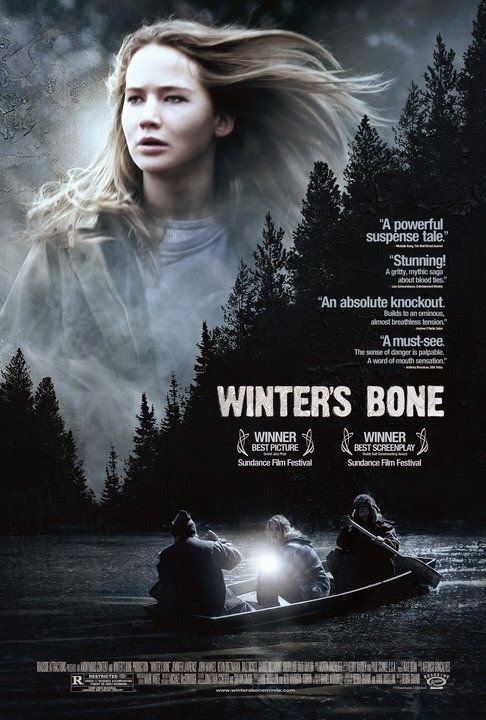 Mainstream American movies often pull in remote, backwoods people to contrive a grand slasher thriller. Naive, young, city-bred students go to Deep South and face a hostile community is the sort of storyline that has been dealt with lot of times in Hollywood. But, rarely do we have movies that show why these people dwell in such habitat amidst poverty; or why are they close-mouthed. Both the film-makers and movie-goers aren’t interested in confronting these subjects in a reflective manner. Director Debra Granik’s “Winter’s Bone” (2010) doesn’t go Deep South, but is set among a similar impoverished, wrecked land, situated in the American Midwest. The Ozark Mountains of southwestern Missouri, on which the characters of this movie reside, doesn’t seem to share a piece of the American dream.

The beautiful and harsh landscapes of these parts are repleted with discarded automobile parts, empty crates, and home appliances. The widespread poverty and bitter cold temperature consistently brings in despondence to residents. From the early 1970’s, drug related crimes in some part of Ozarks is said to have increased suddenly. Backwoods methamphetamine labs were touted as the best place to manufacture the illicit materials. The resulting criminal justice has only further ruined their communities. “Winter’s Bone”, however, isn’t a violent drug-opera. It is a slow-paced, emotionally complex character study. It deals its subject with tenderness and a sense of compassion. 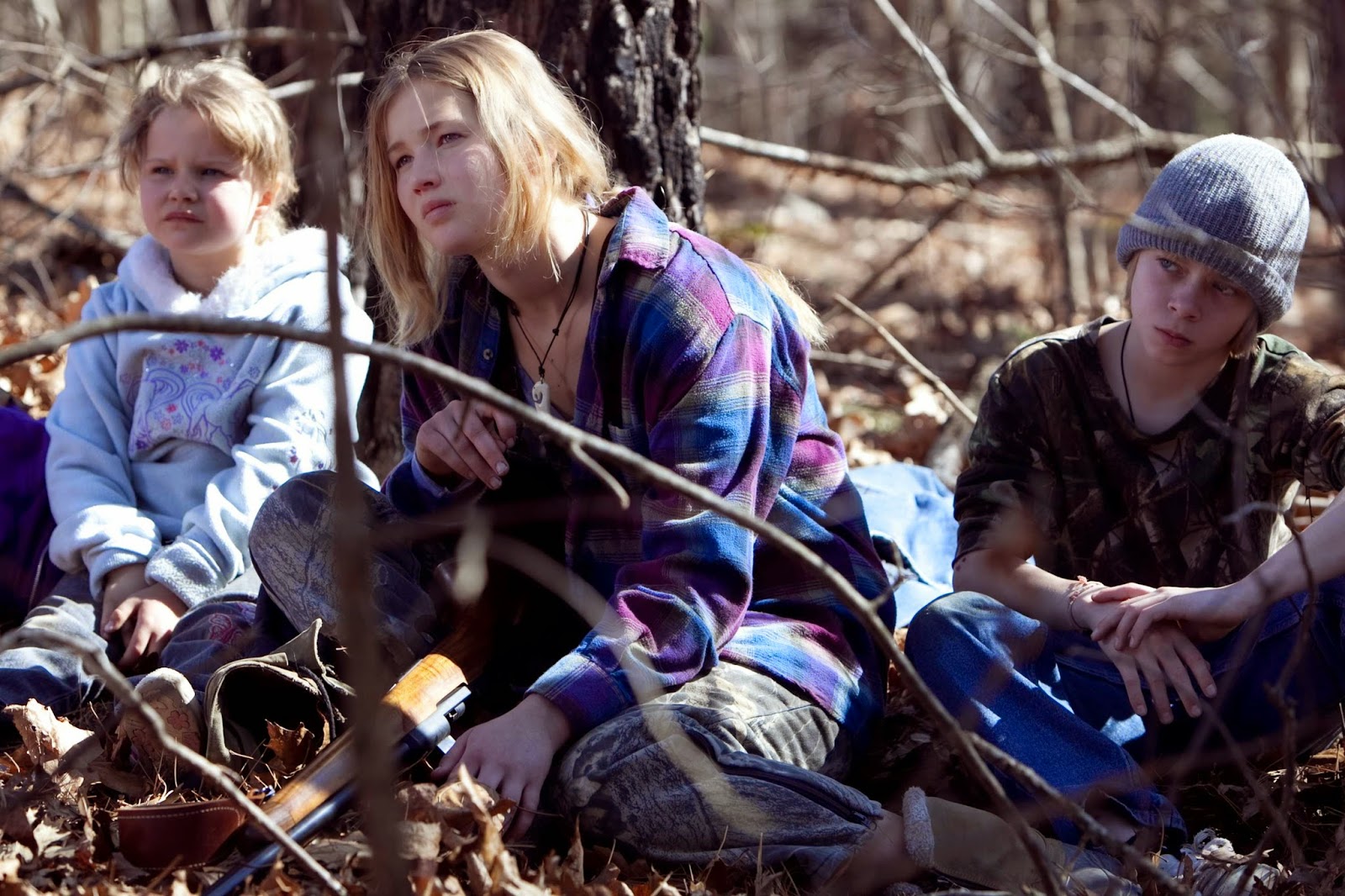 The movie’s protagonist is a tough-minded seventeen year old girl, Ree Dolly (Jennifer Lawrence). Her mother is mentally impaired and nearly catatonic and so Ree takes care of her younger brother and sister. Her father, Jessup is a meth cooker, who has already been in prison and facing another stint. Ree knows to hunt, cook, skin squirrels, and prepares her siblings for the hard life. She is also a proud girl who dreams about joining in the army and doesn’t go around begging for food to neighbors. However, Ree is helped by a goodwill neighbor, who takes in her horse. A Sheriff soon brings in more grave news. He says that Ree’s father has put their family house and land as bond after his recent arrest. 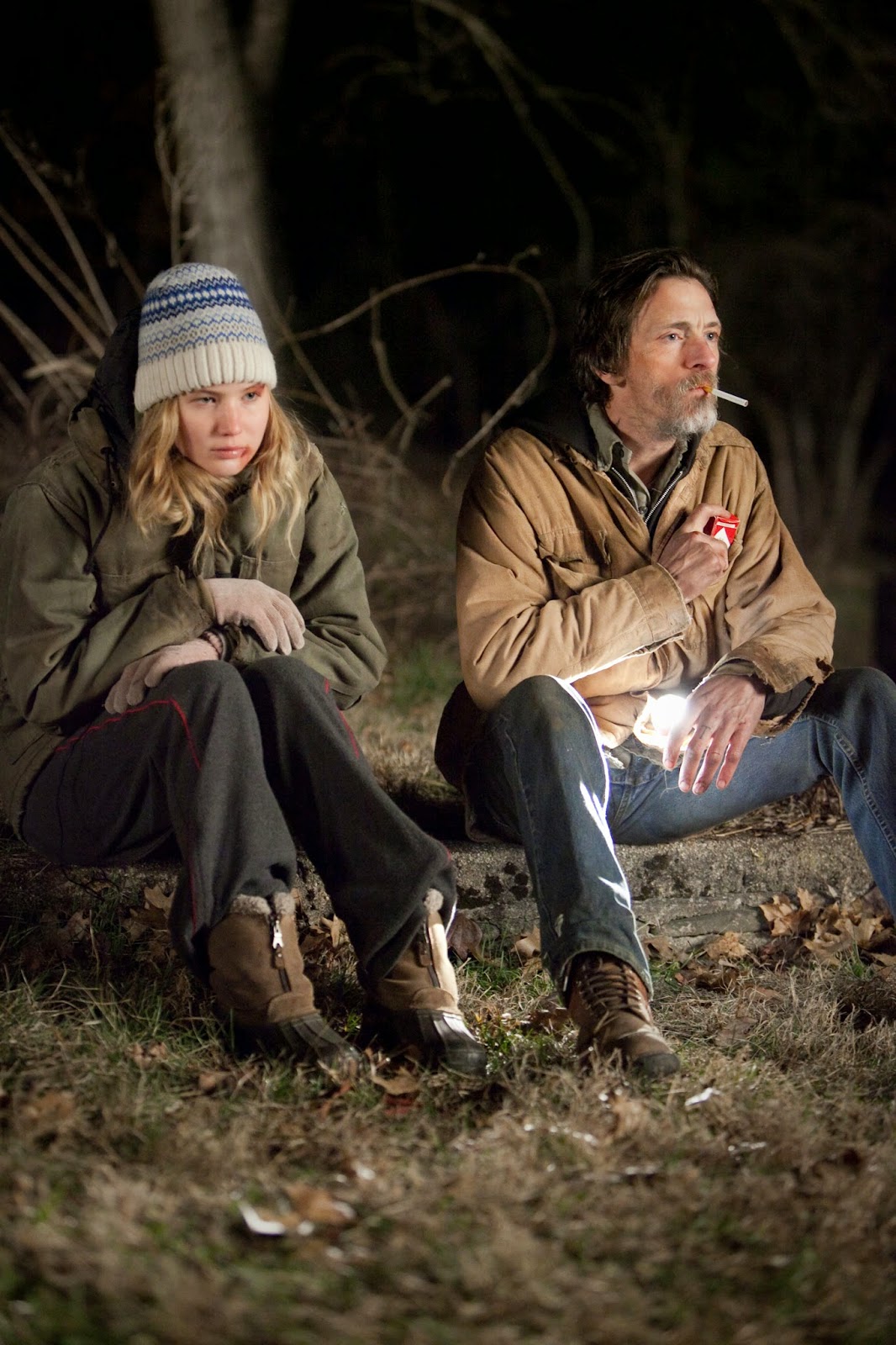 Now, Jess up has gone on the run and skipped the bail. If he doesn’t show up for the court-date, the family will lose what little they still have. Ree walks around to track down her father’s whereabouts. She meets her father’s brother, Teardrop (John Hawkes) and other distant cousins, but since they are all involved in some illegal activity, they are reluctant to let in on the secret about Ree’s father. Most of these people are deranged by drugs and cast over a scary presence, but Ree stubbornly hunts for the truth.

Director Granik and Anne Rosellini have written the script based on Daniel Woodrell’s thin-plotted novel. They capture the characters of rural America with neither disdain nor judgement. The writers imbue enough logic behind certain grisly events, so that we don’t view these violent subjects as caricatures. At first characters like Merab and Teardrop seem like those rigorous hillbillies straight out of “Deliverance”, but later they turn out to be the persons Ree can really rely on. Granik has also showcased the vital role of women in such as aggressive and indifferent male-dominated world. The women in “Winter’s Bone” holds the key to open up the secrets. And, the film would have amounted to nothing if it wasn’t based on the experiences of a 17 year old ‘girl’. 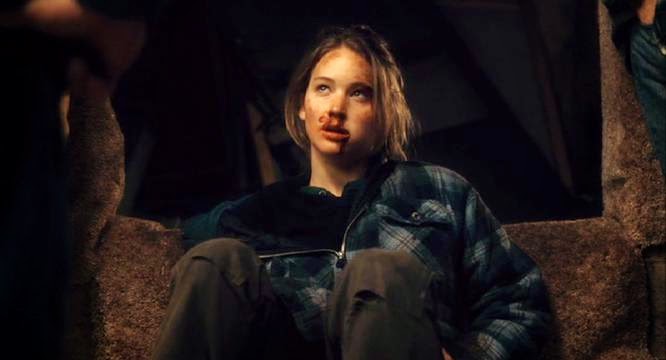 The girl here is not just brave and persistent, but also knows the limits of her bravery (When Ree says “You have always scared me” to Teardrop, he replies “that’s because you are smart”). She knows that a blind act of courage around gun-toting men isn’t going to bring out the truth. So, she is persistent enough to evoke compassion within those troubled individuals. Of course, the character sketch of Ree Dolly wouldn’t have worked perfectly if it wasn’t for Jennifer Lawrence. Although Lawrence is cherished for her later sugar-coated, eccentric roles, this is where she gives a truly remarkable performance. Initially, she wears that mask of self-command and gradually that mask disintegrates and let’s us to look at the volatile emotions of her character. As Ree, she displays exemplary inner strength but also desperately looking a guardian to take over her burgeoning responsibilities. Granik’s and Lawrence’s portrayal of Ree’s vulnerability also makes us not to view Ree as one-note young martyr. 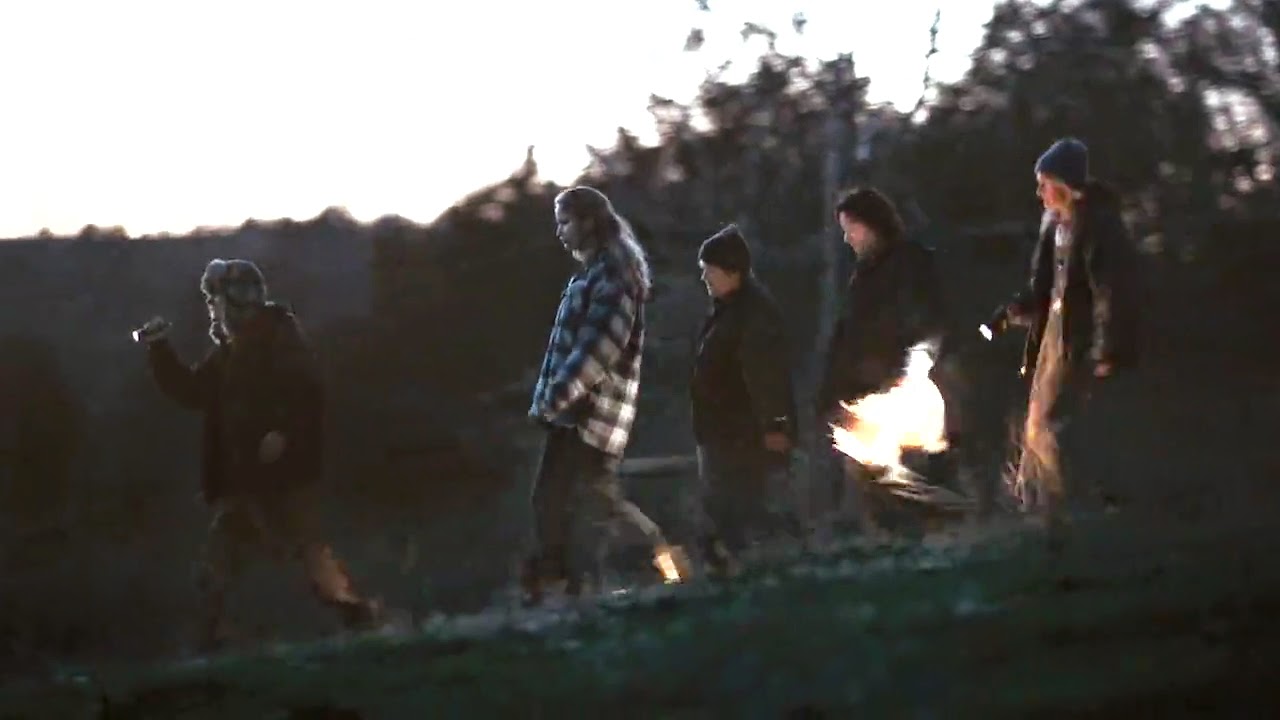 In terms of intensity, Hawkes (as Ree’s uncle) and Dale Dickey (as clan chief’s wife) match up with Lawrence’s performance. Dale Dickey’s Merab somehow looks like the older version of Ree (the one Ree would become if she never worked her way out of this place). Beneath her hostile facial features, Merab hints at a suppressed admiration for Ree’s courage. In the final scene, Merab is the one who pays dues and finishes her man’s dirty work. The sparse story-telling method of Granik may definitely frustrate impatient viewers, but this kind of narrative possesses small moments that have an ability to astonish us. One such cherish-able little moment is Ree’s terrified appeal to her non-communicative mother. Director Granik doesn’t invite the melodrama, this type of tale inherently owns. She perfectly knows when to cut, leavening the tension. Although the landscape is familiar with violence, Granik approaches violence in a sensitive manner (attention is paid to the pain it brings), especially in the scene when Ree is beaten down.

“Winter’s Bone” (101 minutes) is a powerful character study of a resilient girl trudging around a ragged, unrelenting landscape. It paints a depressing portrait of American Midwest (especially the Ozarks), but also provides enough hope for a better future.

Thanks for such a nice review.....