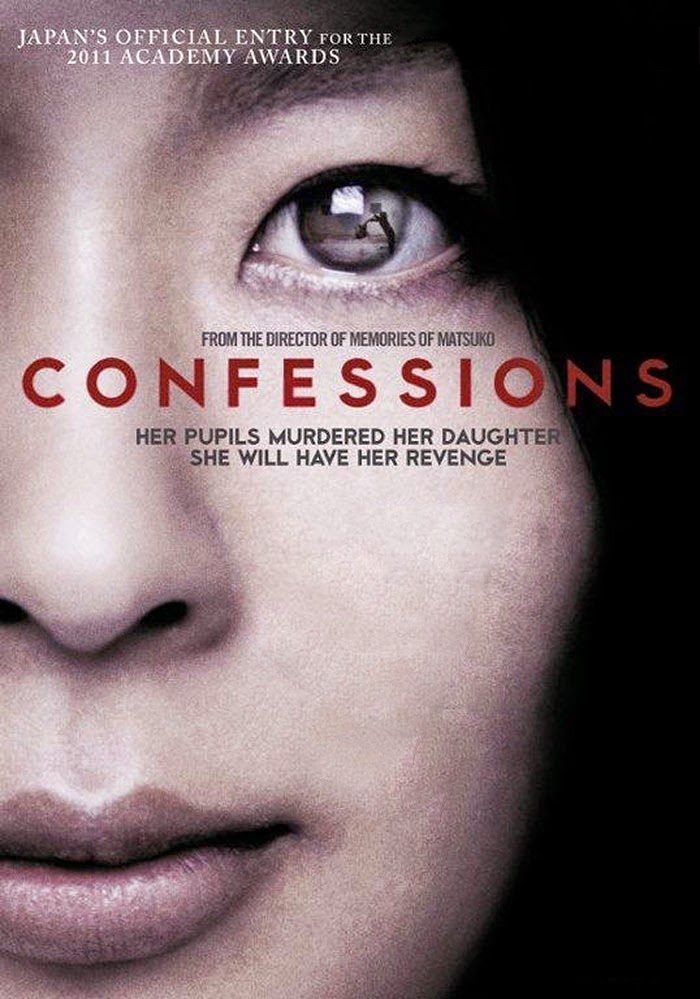 You have got to prepare yourself for sharp tonal changes, if you are going to watch Japanese film-maker Tetsuya Nakashima’ (“Memories of Matsuko”, “Kamikaze Girls”) flicks. He presents dark, psychological dramas with visuals that are stunning and innovative (reminiscent of his past career as music video director). Nakashima’s primary characters are emotional wrecks, one way or another. So, the narrative shift that comes off with the characters’ state of mind may often disorient the viewers, but his dazzling images and idiosyncratic approach may give his works a cult status. Nakashima’s commercial and critical hit “Confessions” (aka “Kokuhaku”, 2010) is more subtle than his previous works. It portrays the overpowering fear, the Japanese society possesses over its younger generation.

The lack of understanding the teenagers (or teen angst) is one of the most universal themes used in movies. However, Japanese cinema takes a unique approach to deal with this universal theme. “Battle Royale”, “Suicide Club” brought intriguing and dark ideas about the lack of connection between grown-ups and teenagers. “Confessions”, based on the stylistic novel by Minato Kanae, is one such anarchic, psychological thriller, where redemption and mercy doesn’t exist. The film starts with a prolonged monologue scene, where a seventh-grade teacher, Yuko Moriguchi's (Takako Matsu) dispassionately addresses her class. The rowdy students become more jubilant when the teacher announces that she’s going to quit. As a farewell speech, she wants to talks about the value of life. 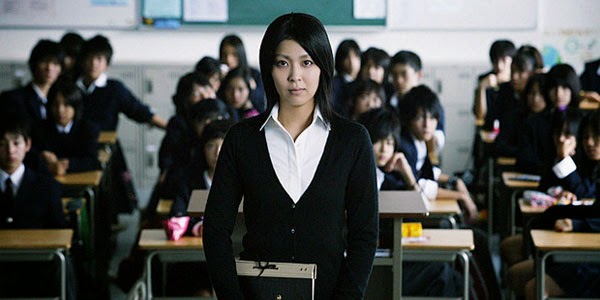 Alas, this isn’t an inspirational speech. As she is talking to the class, the students ignore her as usual, drinking the distributed milk cartons or chatting and texting. Moriguchi recollects how her 4-year old girl died in drowning accident. However, she informs the students that her child’s death is not an accident, but a murder. And, declares that the murder is committed by two students in the class. She names them ‘A’ and ‘B’, and goes on to describe their actions. She also explains (with examples), how atrocious crimes committed by teens goes unpunished under the Japanese law system. The students are easily identified as Moriguchi gives their character sketch. 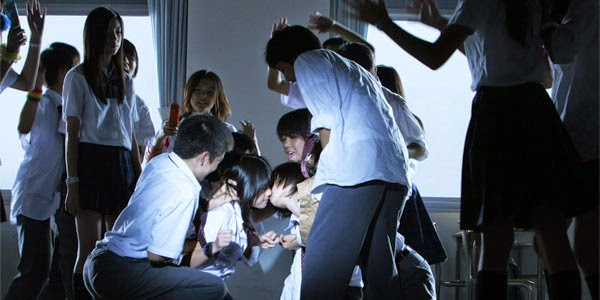 One student is a science prodigy, Shuya (Yukito Nishii), who has started killing animals at a very early age. He is a loner and has never got love from the parents. He is also a good manipulator and seems to lack a conscience. Student B, Naoki (Kaoru Fujiwara) lives with overprotective mother and has no friends. He is little naive and comes up with a deadly scheme of hurting 4-year child to impress his newly found friend Shuya. Moriguchi couldn’t prove the students’ guilt and even if it’s proven there would be no fitting punishment. At the end of her farewell speech, Moriguchi coolly announces that the milk cartons drunk by A and B have been tainted with her husband’s HIV infected blood. However, this isn’t her revenge; it’s only a first step in attaining her vengeance. The rest of the film unfolds from the multiple perspectives, taking us back and forth. 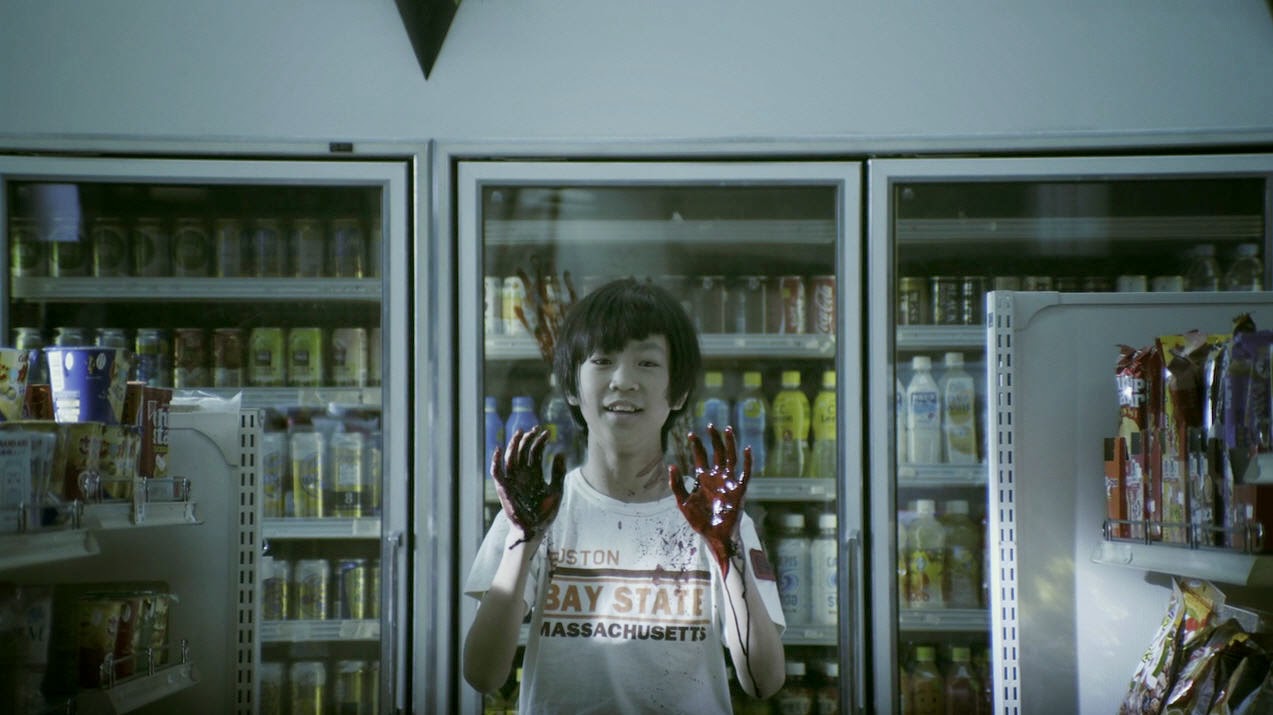 Nakashima’s directorial abilities are at peak level in the daring, 25 minute opening monologue. It’s a little risky to open a commercial film with such a lengthy lecture, but the director perfectly maintains the air of suspense. The shuffling script makes many thought-provoking observations on bullying and emotional strength of teens. The character depictions are believable to a level, and each confession brings us closer to the characters, helping us to understand the reasons behind this cruel behavior. In terms of bleakness and chaos, the film surely ranks alongside Park Chan Wook’s “Vengeance Trilogy”.

From a visual perspective, Nakashima has fully departed from his riotously colorful palettes of previous works. Gray skies, blue and gray shades in the classroom, and various types of dark shades reminisces the works of David Fincher. Although Nakashima has changed his color schemes, he once again integrates his trademark stylish, slow-motion shots and ethereal musical score. Some of these cuts provide a subdued beauty, while some serves as a distraction. Moriguchi taks about the importance of life and redemption, but she eschews the themes of hope by her brutal actions. This might make the viewer to see her character as contradictory. But, Moriguchi’s lecture on life, redemption, and optimism only seems to be a means (or a deception) to take the final stab at the culprits (the fina line “Just Kidding” seems to echo this belief). 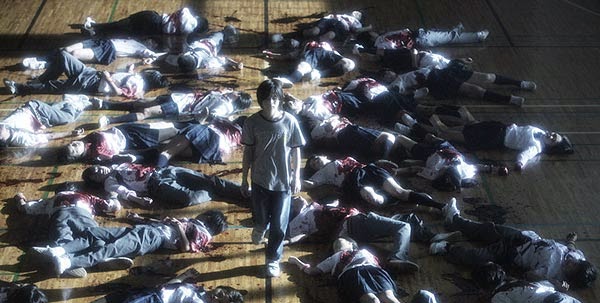 The twists and turns after the initial confession become overwhelming at a point. The final act craftily does the ‘pulling rung under your feet’ thing, but it also exhausts the empathy we initially possess for Moriguchi. The way she psychologically exploits the teenagers (especially the innocent misfit Mizuki) makes us detest her motives, but may be it’s also intended. These behaviours may reflect on how the vengeful feelings may turn an individual into a monster.

“Confessions” (106 minutes) is a gripping thriller, set in the abstracted, empathy deficient adolescent world. It’s cynical, dark subject matter, and flashy, devastating images may not suit for all viewers, but it sure gave me an exhilarating movie experience.