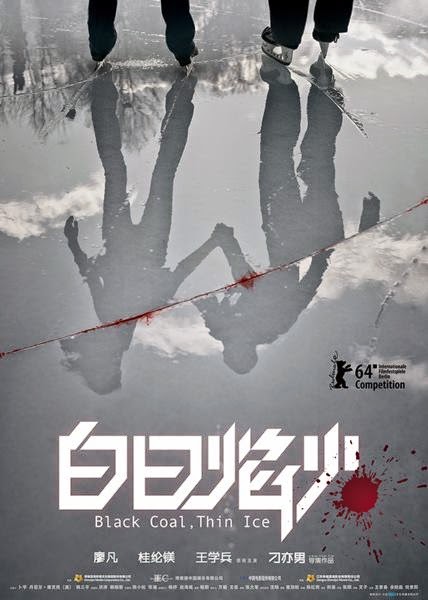 The Great Depression of the 1930’s, the World Wars, and the resultant threat of nuclear warfare brought forth the disillusionment and pessimism in the American psyche. In cinema, this uncertainty and collective sense of fear brought forth one of the greatest artistic movement, known as ‘Film Noir’. Stark lighting effects, cynical hero, bleak depiction of city life were all few elements that defined the American Noir films of 40’s and 50’s. The screenplays were written by great hard-boiled fiction writers like Raymond Chandler and James M. Cain. Modern Noir (Neo-Noir) films are constantly trying to embellish these old school tries of thieves and detectives, more palatable to the geek culture. We had the stylish make overs like “Sin City”, “Drive”, and “Brick” etc (the recent tangled, less stylish, and masterful noir “Inherent Vice” from PTA didn’t receive much love from general audience). Chinese director Diao Yinan’s “Black Coal Thin Ice” (2014) pretty much boasts a story that stays true to the spirits of Raymond Chandler, but his movie is not flashy like the Hollywood Neo-Noir.

“Black Coal Thin Ice”, the winner of Golden Bear in last year’s Berlin International Film Festival, is heavy on atmosphere and characters. The noir plot is just a way for director Diao Yinan’s to view things through his lens of social realism. The white wintry bleakness and the black desolate industrial landscape of Chinese mainland will definitely intrigue movie-lovers. The film starts in 1999. A long, steady conveyor belt in a coal industry (situated in North-east China) is stopped from running by a worker because he has found a human hand amongst the black gold. Detective Zhang (Liao Fan) is in a hotel room with a woman, playing cards and having sex. The woman turns out to be the detective’s wife, who is divorcing him. Before she gets onto the train, he violently clings to her like an animal. After her departure, he sits forlorn with a wounded look like the perfect noir hero. 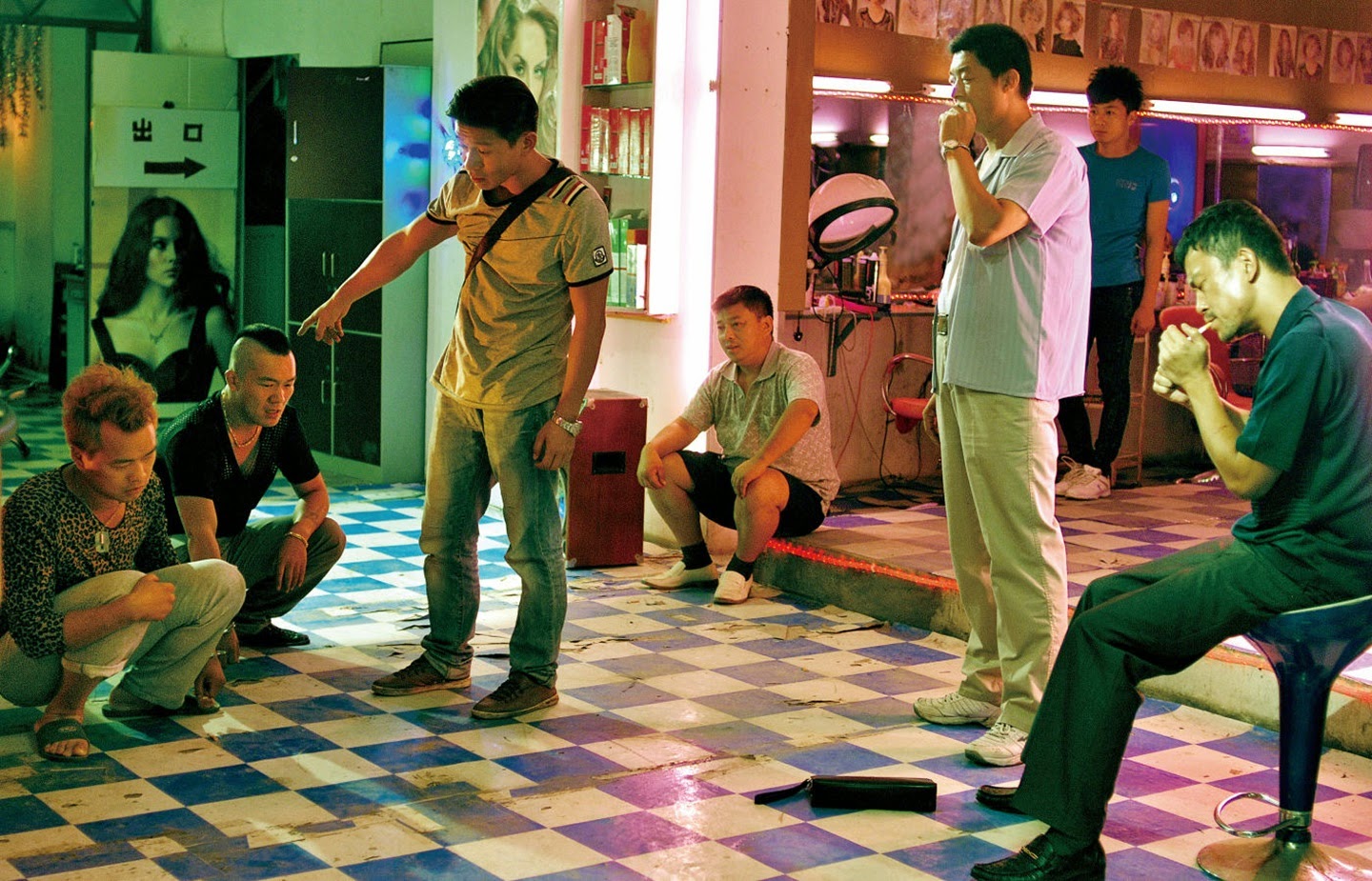 Detective Zhang investigates the case in coal industry and finds out that the dismembered human parts are scattered across different coal plants within the county. The dead man is identified as Liang Zhijun and he works in one of the coal plants. Zhang and his colleague Wang round-up suspects in a saloon. The routine arrests gets botched up as two police men die, costing Zhang’s batch. When we see Zhang, five years later, in 2004, Zhang is lying near a tunnel, drunk and degraded. He couldn’t get up even when a guy steals off his bike. Zhang now works as security guard. Wang, now a detective, finds a similar series of murders like the one in 1999. A customer finds human eye in a fast-food noodles shop. 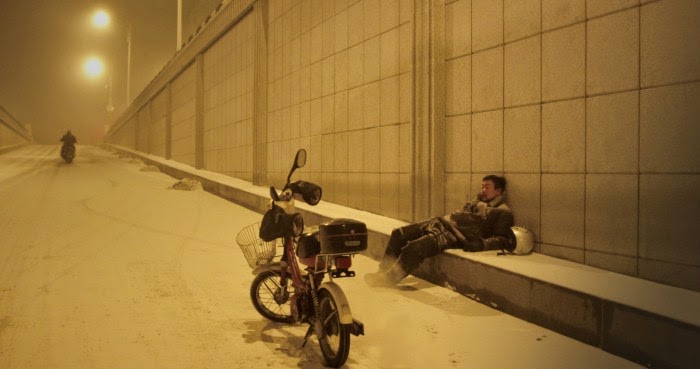 The newly found dismembered parts belong to that of two factory workers. In a chance encounter, Zhang meets up with Wang and discovers that the murdered guys are boyfriends of Wu Zhizhen (Gwei Lun Mei). The beautiful Wu is the widow of Liang Zhijun, the 1999 victim. She works in a local laundromat. Wu also has the forlorn look, which makes Zhang to suspect her as a woman of secrets. He helps detective Wang by becoming a regular customer of the laundromat. Although, Wu looks like a femme fatale, he falls in a gloomy kind of love, only complicating the case.

Director Diao Yinan’s perfectly maintains that desolate mood, where lives are as much as expendable like coal. The sudden deaths, tragedies and the ensuing passive reactions seem to be making some kind of social commentary that is less overt. The film doesn’t make political statements like last year’s “Touch of Sin”, but the joyless nature of the characters and the way human lives are considered cheap reflects the alienated and oppressive surroundings. Even the elated ‘Blue Danube’, playing on outdoor ice rink makes us to anticipate something sinister to happen. The director definitely scores full points in terms of aesthetics, but the standard and predictable murder/mystery element is what undermines the movie’s effectiveness from reaching the heights of “Memories of Murder” or “Zodiac”. Perhaps, director Diao isn’t concerned about the mystery in the plot as he willfully puts forth some impenetrable moments towards the end. 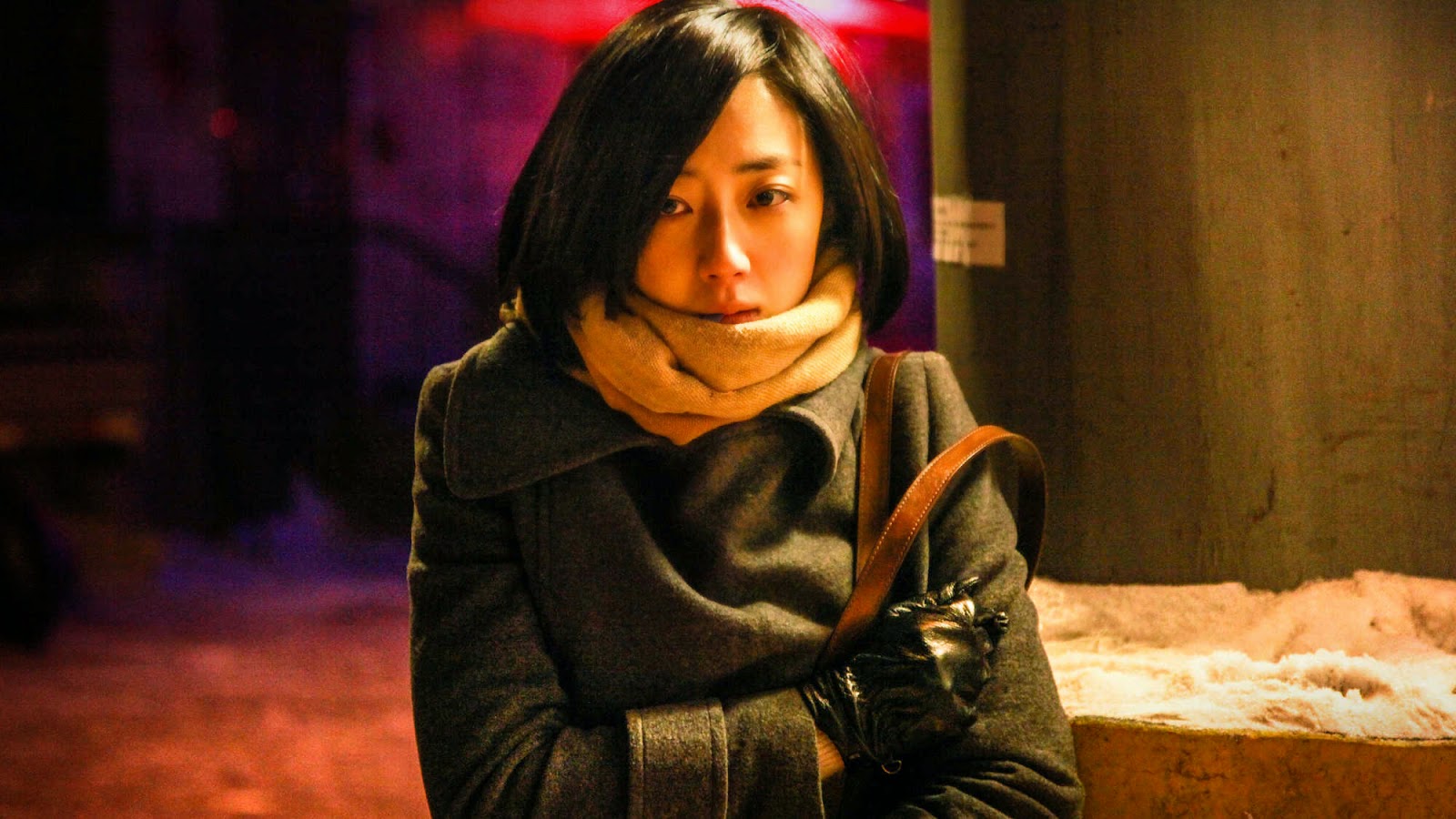 The final avant-garde sequences displaying ‘Daylight Fireworks’ definitely fits within the thematic framework. However, it will make general movie viewers to scratch their heads. Personally, I liked these totally unexpected de-tours. The final scatter-firing fireworks and Wu’s reaction (a little chuckle) may symbolically represent to us that she is finally set free from her inner-self, since the haunting truth has come to light. The title “Black Coal Thin Ice” also seems to indicate the movie’s male and female characters. The inner, fragile nature of Wu constantly gets ripped apart by the men she encounters in her life. The men like coal segues into her barren life, only causing further humiliation. Noir films often tend to put forth unsympathetic or unreasonable characters, but here the two primary characters transcend that usual stereotype. Despite, the foreseeable events, it’s the fair amount of tension between the characters that kept me intrigued to the screen. 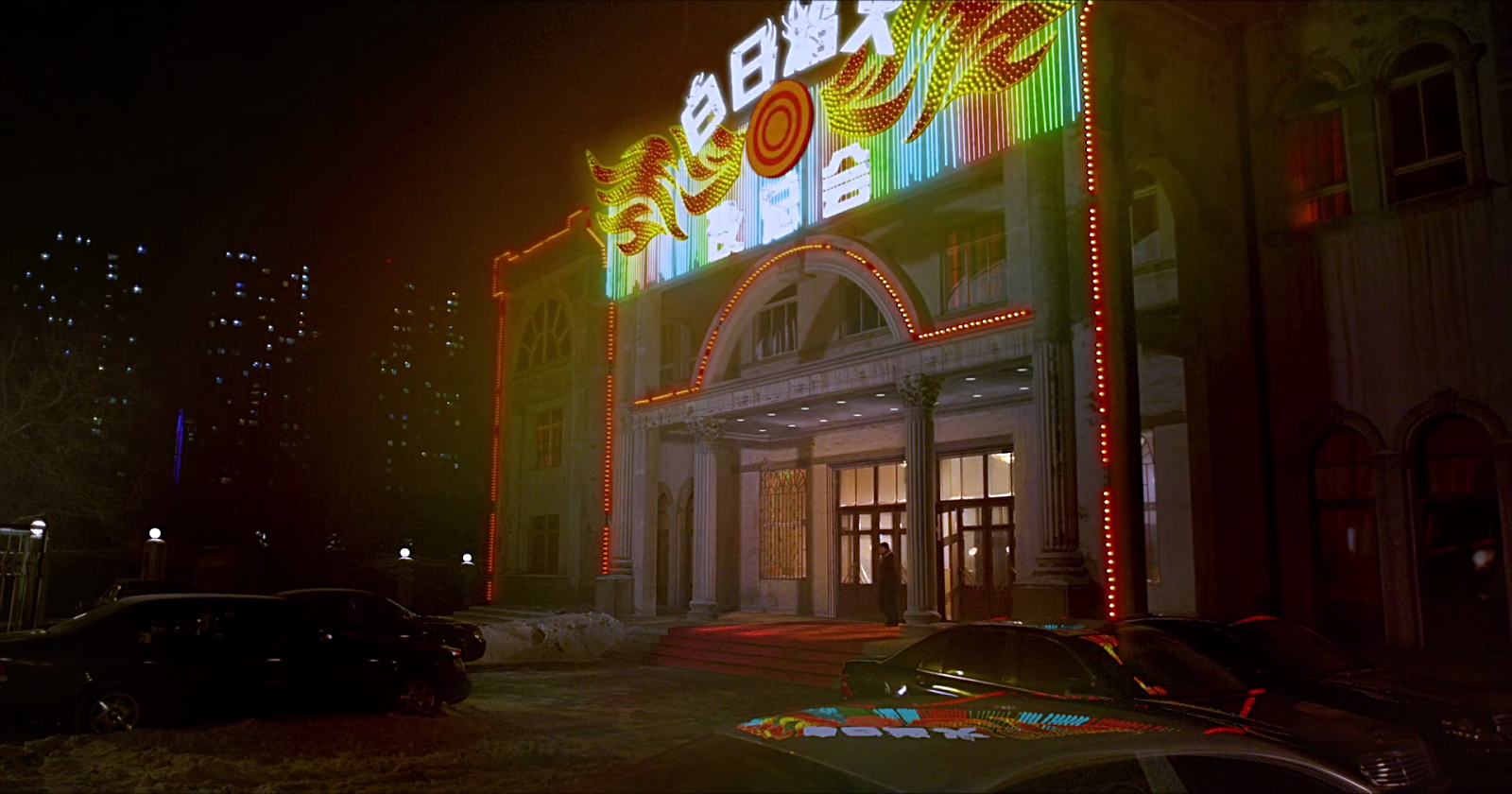 “Black Coal Thin Ice” (106 minutes) is the hybrid between generic and artistic cinema. It offers a dark portrait of life in modern China, where communication between people seems to have broken down. Watch it for its atmospheric complexity and unflinching characters.

Impressive review Arun. In the world of paid reviews and self proclaims, your review is a breath of fresh air. Good going.