These Final Hours – The Journey of Two Lonely Souls 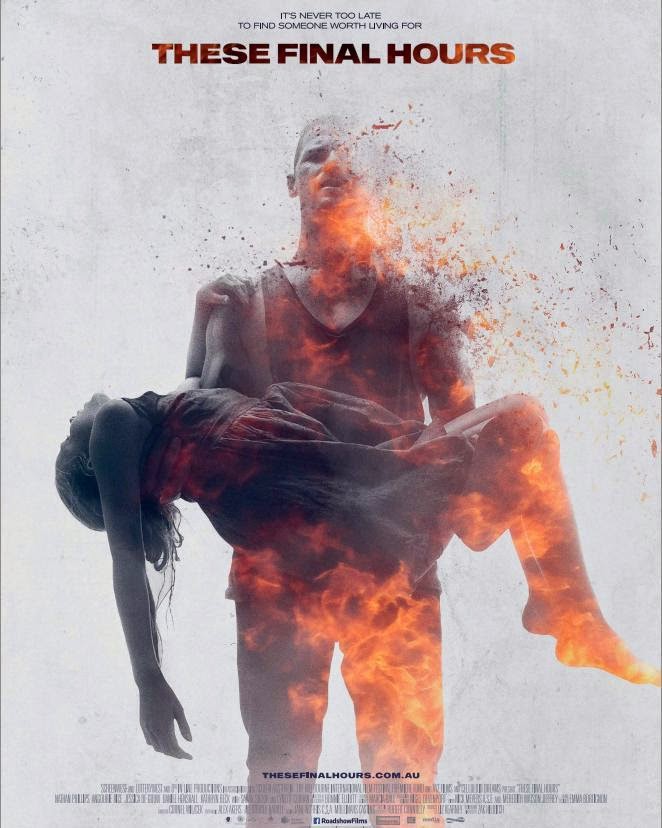 The widely spaced, sunburnt landscapes of Western Australia naturally lend that apocalyptic vision. Starting from Mad Max trilogy, the Australian Apocalypse sub-genre has offered some dark allegory that the humanity is on its waning stages. David Michod’s “Rover” recently took that misanthropic look at post-apocalyptic Australia. West Australian film-maker Zak Hilditch for his debut feature sets his end-of-the-world story on the places he grew up – the outer suburbs of earth – and he tracks people living their final twelve hours before the cataclysmic annihilation. Hilditch’s “These Final Hours” (2013) is impressive, especially after considering its miniscule budget and run-of-the-mill story.

Basically, director Hilditch tries to tick off all the boxes necessary to make an end-of-the-world thriller. He goes to the obvious Stephen King territory portraying a lawless, wasteland, where guys with machete relish at the chance of killing. Then, there’s a group of hard-partying people determined to experience one last blow out. Mass suicides, boisterous radio announcements are also included. However, there are no last minute surprises like a scientist or survivalist coming up with a last minute solution to beat the apocalypse. Although what’s going to consume our earth isn’t clearly established (may be a meteorite), it distinctly depicts that no is going to escape. The rugged Protagonist James (Nathan Phillips) snorts lines of coke and chooses to spend his & earth’s final afternoon in a ‘party to end all parties’. He hates the idea of staying with his pregnant mistress (Jessica de Gouw) in the calm, coastal cottage. 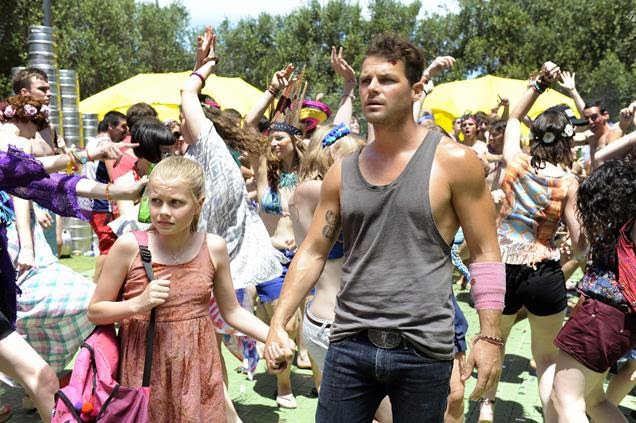 In the car, James hears the voice of radio announcer dourly stating: “No shame in checking out ahead of time, folks. You gotta do what you gotta do”. Soon, James abandons his car as a weapon-wielding maniac gets into the vehicle, giving James directions. A frantic foot chase brings James to witness two burly men forcefully carrying a pretty 12 year old into a house. He gets into the men’s car, but couldn’t leave the girl since she is crying for her dad, and James knows what these guys are going to do to her. He reluctantly rescues the girl, whose name is Rose (Angourie Rice) and she wants to be with her dad in ‘these final hours’. But, James desperately wants to get to the party to ‘get fucked up’. He gets there with Rose, and meets up with his meth-head friends. But, the festivities only prick his conscience making him to deviate from his final plan. 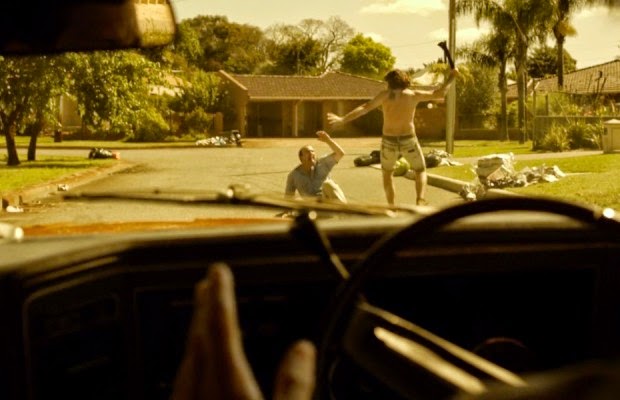 Director Hilditch imbues visceral bleakness without opting for grand set-pieces. The corpse dangling on the lamp-post, and the signs in front of house, stating: “Trespassers will bleed before they die” easily conveys disgusting unruliness of our species. Narrative wise or thematically, Hilditch isn’t pursuing original vision that cinema’s hasn’t shown us. When James arrives to the party (with Rose), we know what kind of characters will be there: Lunatic friend and his useless underground shelter; stoned and frightened girlfriend; whacked-out woman seeking a surrogate daughter (Sarah Snook); and writhing mass of half-naked bodies. The images and characters James and Rose come across in the party isn’t an archetype, but plays a vital role as the protagonist’s innocence rejects the decadence closing in on him. Sarah Snook’s crazy character does threaten to push the movie into a dubious territory. However, the director recovers from there, accomplishing some life-affirming moments. 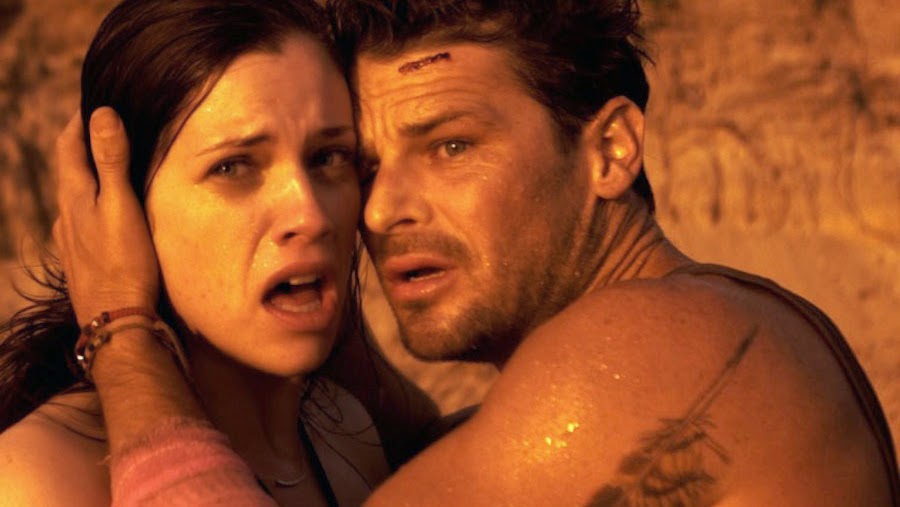 The relationship between James and Rose portrays that good things can be achieved even when there are no rewards for doing it. It shows how humanity can be salvaged even amongst the countless acts of barbarity. Such a beautiful relationship is also not an original element, but what makes it work perfectly is the excellent performance of Angourie Rice. As James, Nathan Phillips goes through a spiritually stirring transformation and slowly adopts a more controlled body language. The character arc of Rose could easily turn into something corny or sentimental. But, Rice’s wide-eyed gaze and subtle dialogue deliveries doesn’t take us into that sanctimonious territory. At a parting moment, Rose says: "I’m gonna watch you until I can’t see you anymore”. In the ensuing, beautiful shot, Rose runs towards the car, waving goodbye with a bright smile, and James looks out of his rear-view mirror and salvages the precious images in his mind. It’s these moments and the performances you see in that moment is what takes Hilditch’s film a notch above all other unexceptional end-of-the world dramas.

“These Final Hours” (87 minutes) is a pre-apocalyptic drama that mostly drives through familiar, eerie terrain. Nevertheless, the efficient direction and touching performances makes it a worthwhile journey.

These Final Hours -- IMDb
at March 31, 2015
Email ThisBlogThis!Share to TwitterShare to FacebookShare to Pinterest
Labels: Films from 'Down Under'

Great review Arun! Seems like a must-see film! Thanks for sharing!

Looks like a very touching story ..from what I can make of your review.