Han Gong-ju – The Traumatic Experiences of a Strong-Willed Girl 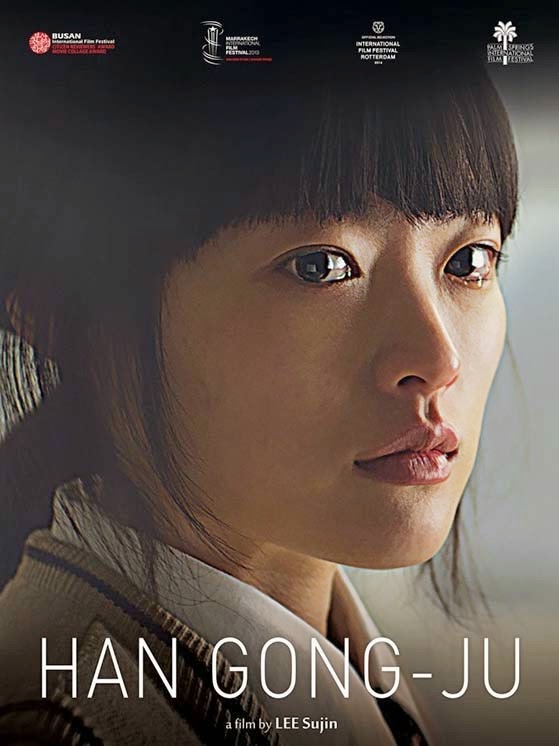 I don’t think it’s possible to make a movie like “Han Gong-Ju” (2013), here in India. If such a movie was made, encompassing a similar haunting incident, either the government or our courts might ban the movie, citing that ‘such movies could provoke people and disturb the peace’. Even the director and producer of the movie could be arrested for ‘shaming the nation’. Then, you also would hear from few Indian intellectuals, saying ‘All Indian men aren’t rapists; the number of rapes in our country is far less than that of US or UK, so why should we talk about it?’ I wonder how the South Korean Ministry of Security and Ministry of Tourism react to their blistering films which brings dark, dismaying truths to light. First time director Su-jin Lee’s “Han Gong-ju” takes one such acerbic, traumatic incident and turns it into an intimately observed character study about a recuperating teenage girl. At its core, the film makes a biting commentary on the wretched societal values and Korean justice system (like other recent Korean movies “Silenced”, “Bleak Night”, and “The Attorney”).

“Han Gong-ju” is a multiple award winner in the festival circuits (it’s also one of the most commercially successful Korean independent movies of all time) and won the top jury prize in Marrakech Film Festival from the hands of Scorsese. The legendary American film-maker was highly impressed of the film’s ‘mise-en-scene, performance, and lamentable visuals’. Such praise from the greatest director may provoke some of us to watch it immediately. But, be prepared for one of the most devastating and emotionally draining movie experience. 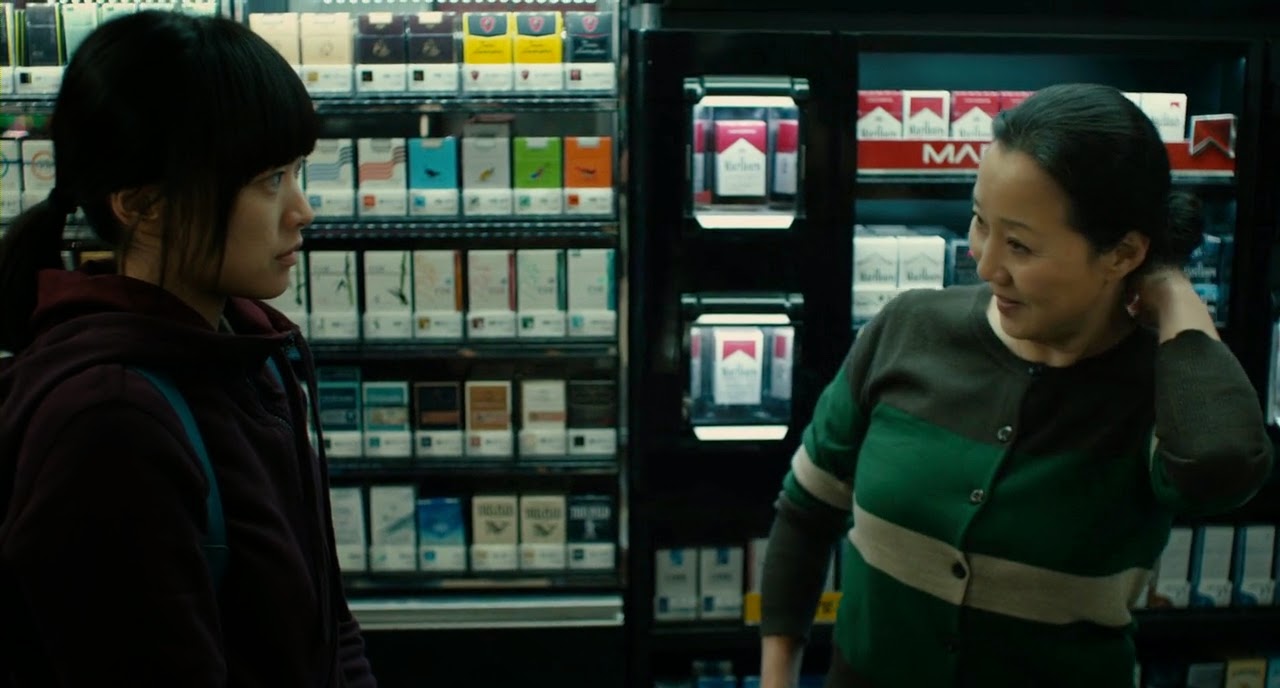 The movie starts with Gong-ju (Chun Woo-hee) sitting in front of her teachers telling how much she likes singing and states she hasn’t done anything wrong. But, the unsympathetic teacher informs her of the school board’s decision to relocate her to some faraway school. Gong-Ju former teacher Mr. Lee (Kyoung-jin Min) calls in for a favor to her enrolled at a new school. Gong-ju wearing a forlorn look is given a cell phone and asked to attend only Mr. Lee’s call. He even asks to ignore her father’s call. Mr. Lee finds a place in a school and doesn’t say caused her exile to the new principal. He also begs his mother (Yeong-ran Lee), living in the same town, to let Gong-ju stay in his childhood room. Gong-ju is wary of making friends in her new school. She remains anxious and even the sound of a staple gun startle her. 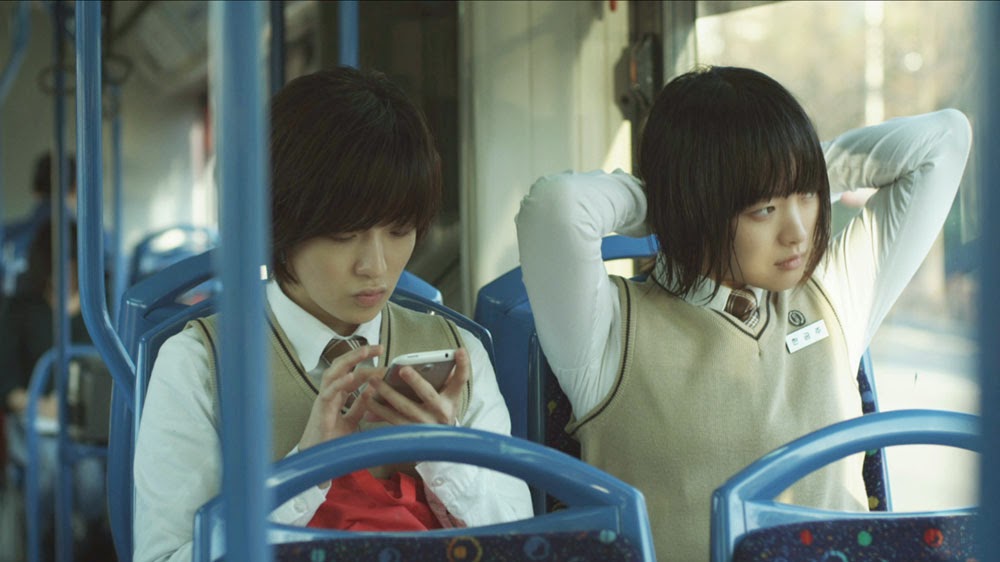 She volunteers to work on the super-market shop, run by Mr. Lee’s mother, who’s having an affair with a local, married policeman. The school and the shop brings back some of the repressed thoughts, hidden inside her. She often thinks about her dead close friend Hwa-Ok (So-Young Kim) and Hwa-ok’s browbeaten boyfriend. Her hands shake when asked to divulge her sexual experience while filling in a form for swimming classes. The swimming suit she chooses hides the injuries at her back. She also makes a journey to visit her mother, who only throws her out. Gong-ju’s alcoholic dad visits her one time and is haunted by what’s happened to his daughter. Gong-ju’s passion for singing gains her an optimistic new friend, Eun-Hee (In-seon Jeong). But, she freaks out whenever her friend films the recordings. Soon, the dark past comes back to wreck Gong-ju’s new rejuvenated life. 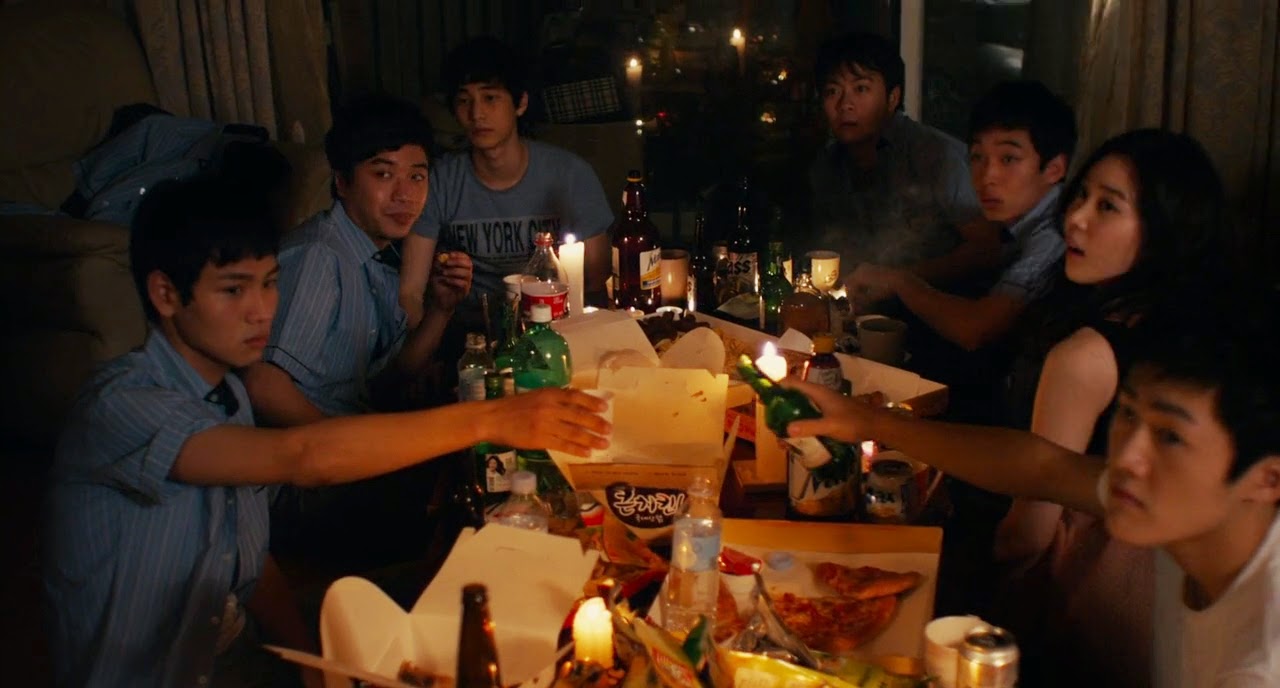 The magnificence of Su-jin Lee’s directorial debut lies in the way he cleverly withholds the right amount of information from the audience. He subtly condemns the society that pressures the victims of sexual assault and rape to feel shame for the heinous actions of monstrous human beings. We could also feel the director’s rage against an unjust system which protects the perpetrators. In “Han Gong-ju”, director Lee is more nuanced in exhibiting his thoughts. He never strays into the sentimental territory by extracting loud cries from his protagonist. Director Lee is very empathetic and amazingly sensitive towards the victimized character. The incendiary flashback scenes are mostly handled with tactfulness. However, these distressing scenes would have a very strong impact that would take many days to wane (especially, the abrupt scene that happens after an hour into the film). Some of the visuals – the ones towards the end -- are slightly exploitative (or intricately detailed) which only conveys shock. 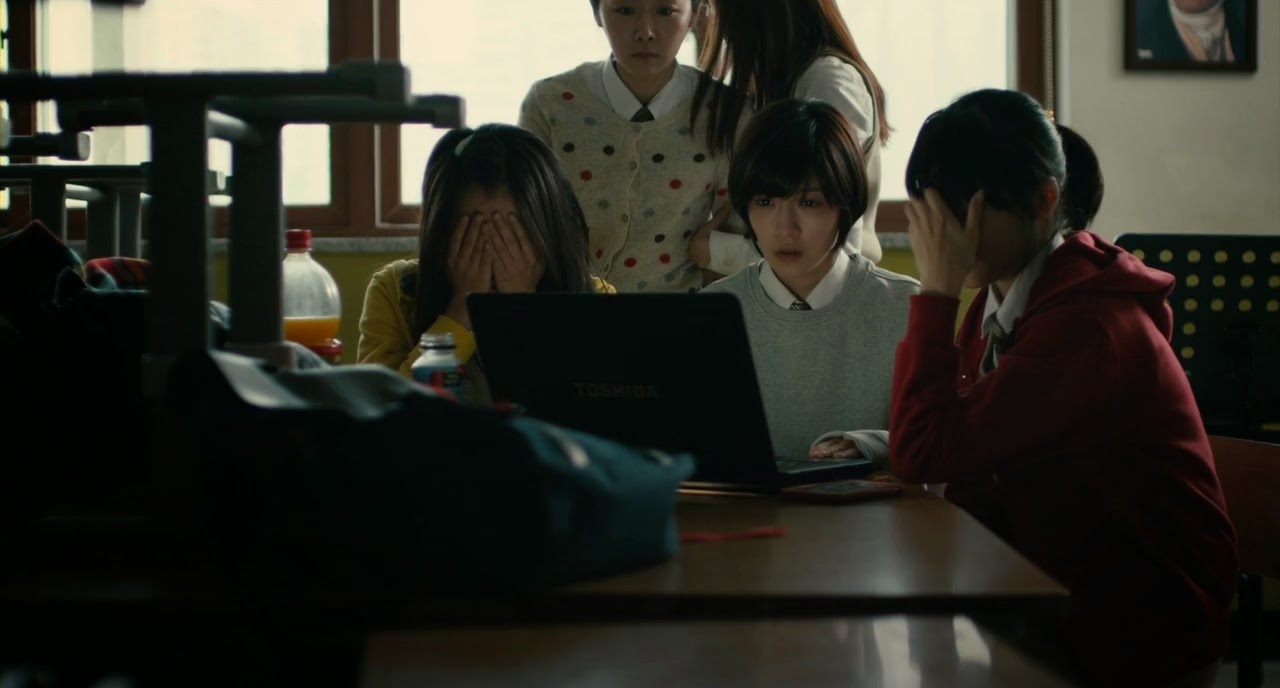 The movie isn’t without flaws (the ‘swimming’ metaphor is hammered incessantly), but some of those could be overlooked considering the fact that it is a directorial debut. The script drifts a little as it veers out of Gong-ju’s life to provide insights about the middle-aged Ms. Lee. The friendship between Gong-ju and Eun-Hee does threaten to veer into the Korean cutesy drama series territory, but the emotionally draining third act keeps things together. Some viewers could feel that the central horrific incident isn’t plausible enough or that it’s taken from a home-invasion horror movie. But, the real ‘Miryang gang rape case’ of 2004 (on which the movie is loosely based) is more brutal and infuriating. The parents of the culprits and even the local police investigator threatened the girls and their parents. One police officer from Miryang town is said to have stated that ‘weren’t you girls waving your asses and went there because you liked it? You girls have now destroyed my town’s reputation’. The victimization of the girls caused outrage among the Korean netizens and media outlets. The movie also portrays a similar local police officer, who says “her (Gong-ju) friend committed suicide. If she’s innocent, why….” 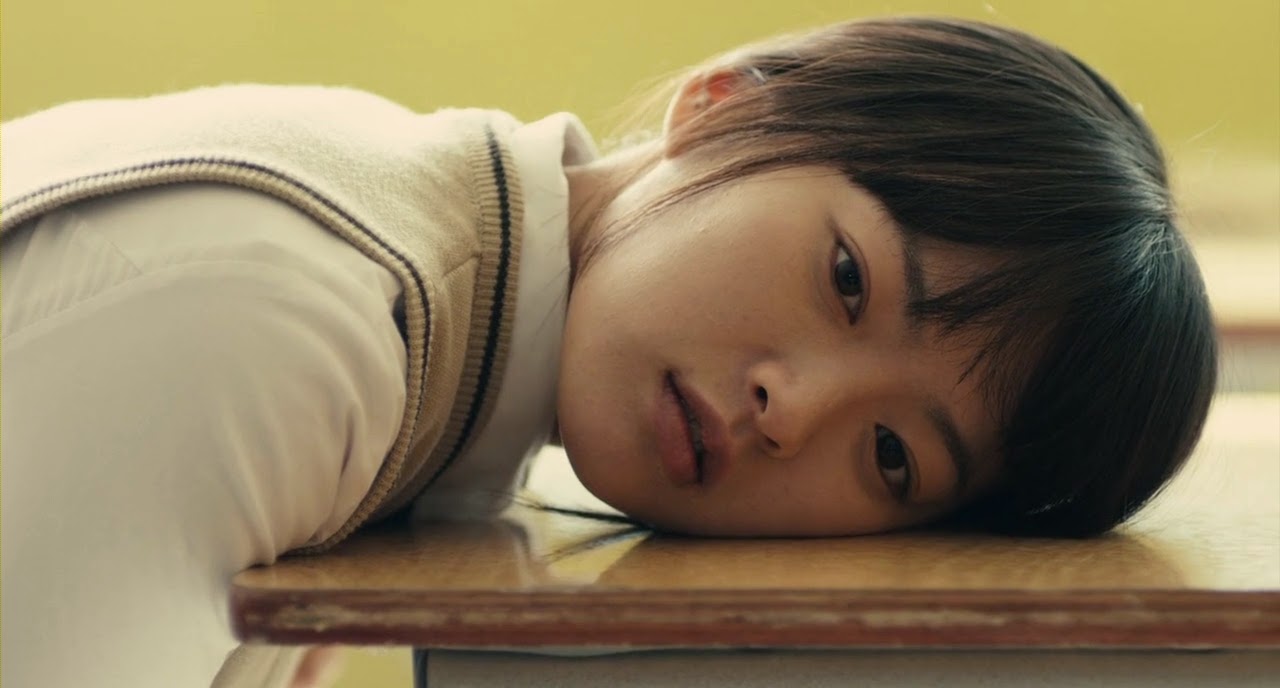 Apart from the nuanced direction and script, the one vital element that holds out attention from the first to last is the extraordinarily sensitive performance of Wo-Hee as Gong-ju. Her silent gaze wonderfully conveys those restrained emotions and the internal struggle. She confronts her victim-hood with a dignity and silence that only showcases the character’s strong-will. Wo-Hee’s traumatized demeanor isn’t constantly working to bring out our tears. She rather masterfully explores how such a lonely girl would get on in this cynical society. She shows how her character’s trust level is shattered after such an incident, making the social interaction very hard. There are some delicate scenes (“Why when they are apologizing, I have to run away?”) where I wished to reach out to this persona, on-screen and tell her that things will get better.

“Han Gong-ju” (112 minutes) offers a deeply unsettling and indelible movie experience. It courageously and furiously indicts a society that treats victims of sexual violence with an unforgivable hostility.