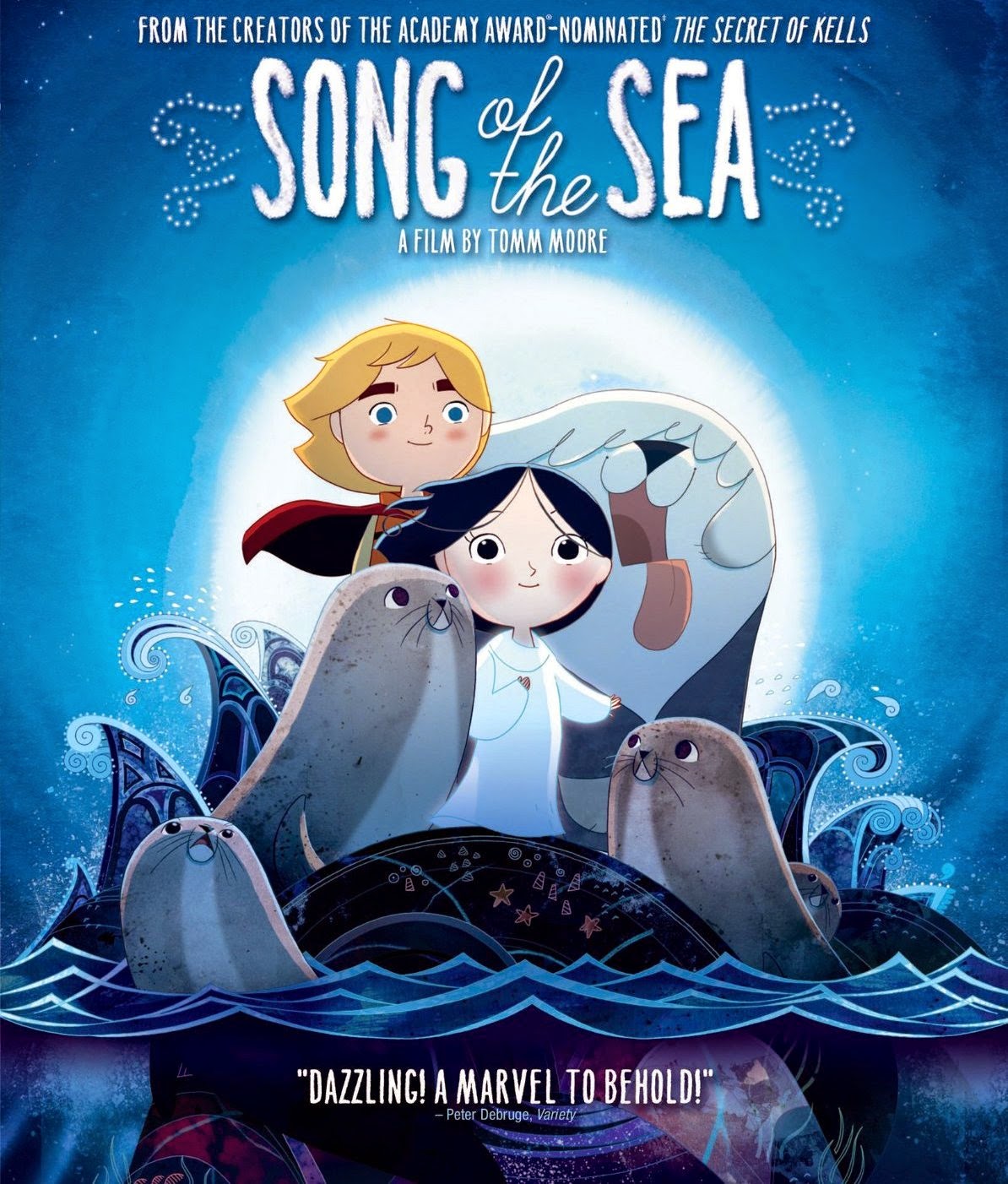 Mermaid, Huldra, Selkie etc are different names of the same mythological creature found in the stories of various ancient cultures. These creatures are often portrayed as serene beings of sea, who shed their skin to become attractive human beings. ‘Selkie’ folklore found in the Scottish and Irish cultural traditions describes seals that transform to become very handsome human with great seductive powers. The story of ‘Selkies’ are often classified as ‘romantic tragedies’, especially the stories concerning female selkie.  Neil Jordan’s “Ondine” (2010) and Susan Ward’s young adult love story, “Seaward” were all few of the works based on selkie legend. Director Tomm Moore’s brilliantly animated, Oscar-nominee “Song of the Sea” (2014), however surpasses all the works of popular culture based on ‘selkie’ legend.

The 2D animation and gorgeous watercolor backgrounds of Tomm Moore immediately makes us recall the transcendental works of anime masters Hayao Miyazaki and Isao Takahata. Similar to those legendary film-makers, Tomm Moore has made two animated features (“The Secret of Kells” was his debut feature) which delves deeply into his own culture and blesses us with a treasure trove of imaginative visuals.  The story starts with a prologue of sorts, where smart boy Ben lives with his lovely, pregnant mother, Bronagh and burly father, Conor in a lonely lighthouse on an island off the Irish coast. The mother and son are painting the room to invite the new child. Ben’s mother promises that he is going to be the ‘best big-brother’ in the world. 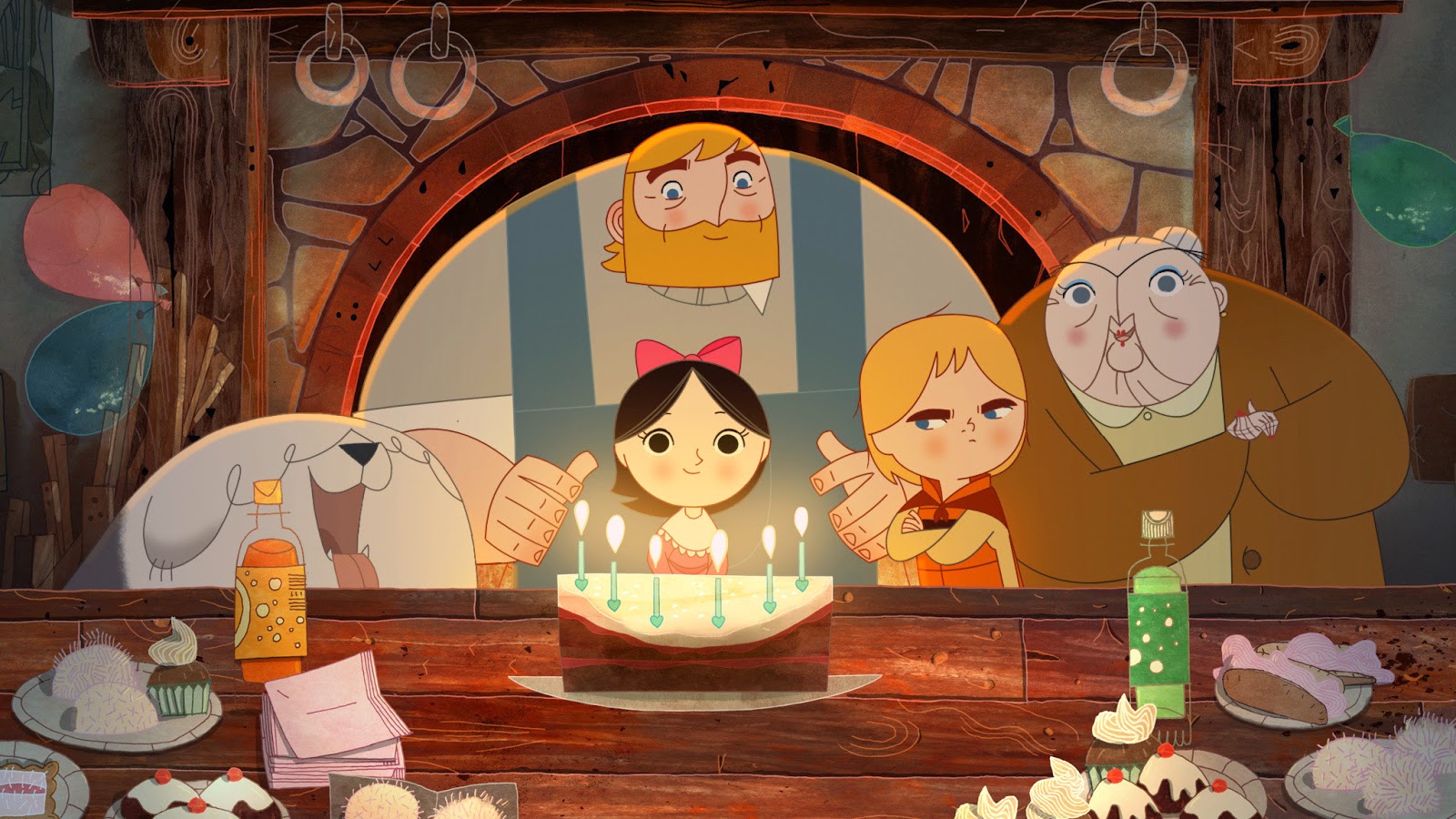 Six years passes and Ben, now a 10 or 11 year old plays with his giant dog, Cu on the seashore. Ben’s mute six year old sister, Saoirse, is looming in the background, but he doesn’t pay attention to her. He seems to resent her because her arrival has led to his mother’s demise. While playing in the seashore, Seals call for Saoirse and the little girl looks delighted at seeing these sea creatures. Later in the day, the children’s grumpy grandmother arrive on ferry to celebrate Saoirse sixth birthday. Ben doesn’t want to share any of his things with sister, but she is quite attracted towards his sea-shell (a sort of parting gift from the mother).

In the night, when Conor goes to tavern to reel in the memories of his wife and Ben sleeps, Saoirse blows a tune on the seashell. The magical fireflies-like creatures lead her away to a stashed, white dress on top of the lighthouse. Saoirse wears the dress and turns into a selkie, happily swimming across the sea with other seals. The worried grandmother sees Saoirse wind-up on the seashore, and she compels her son Conor to send both the children with her to the noisy city. In the city, three faeries approach the ‘selkie’ and say that she is their only hope. Now, the siblings must take a journey back to the lighthouse in order to save all these magical beings. The wondrous detour is also filled with perils since the mythical counterpart ‘Macha’ is looking for the ‘Selkie’ for sinister purpose.It also develops a stronger bond between the siblings. 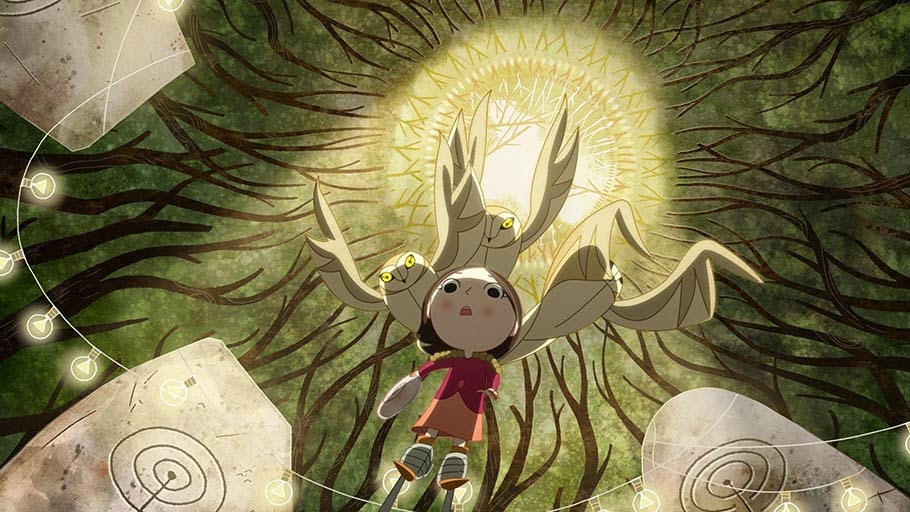 Narrative wise, “Song of the Sea”, is perfectly in line with the classic children’s literature. But, what makes the film special is not just the plot. The vividly detailed backdrops, simple but emotive character sketches, and the stunning, water-colored landscapes are what bestow us with a more immersive experience. Tomm Moore pays a fitting tribute to Studio Ghibli anime with his intentionally flat paintings. But, apart from the gorgeous paintings, sufficient attention has also been given to light. The sunlight that streams through the windows, the floating magical particles, and the final explosive light in the sky will even make the older viewers to watch this film on a pure visual level. 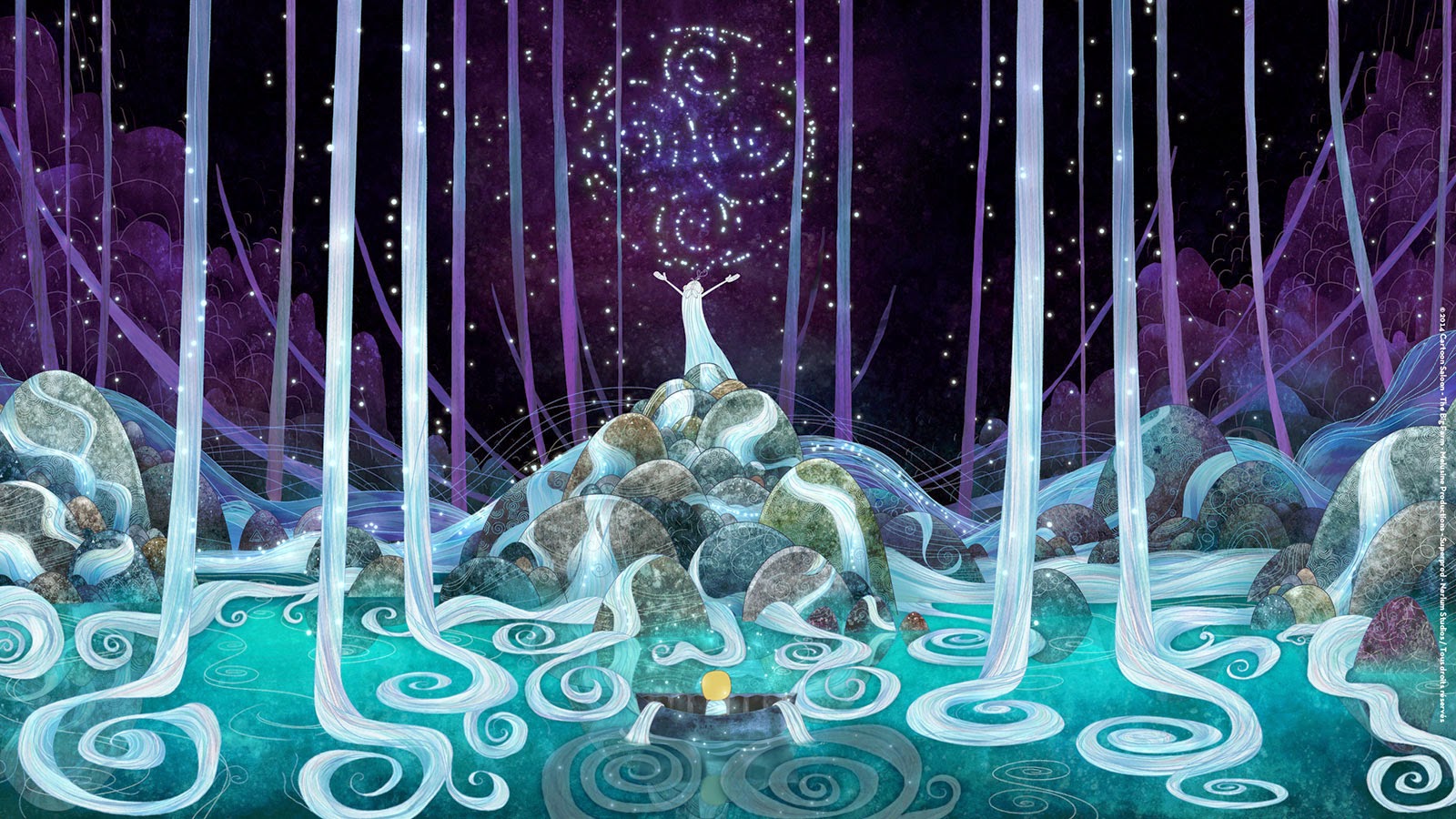 Thematically, Moore recognizes the need for honoring the old stories. He insists on a belief that entwines both the old and new traditions. Like the folklore of every culture, Moore conveys a hopeful story, asking the children to face their fears and frailty. The kids don’t behave like smart-alecks and their relationship and shared trauma are nicely weaved into the tapestry of ancient myths. The predatory ‘Macha’ believes that the serenity could be achieved by only quenching the emotions of living creatures. A lot of parallels could be drawn from this ideology. I thought of domineering parents who try to turn their children to top-ranker by destroying their inherent creativity and freedom of expression.

“Song of the Sea” (94 minutes) is an energizing respite from loud & popular kids’ fare of Hollywood. Its life-affirming message and splendorous images must be experienced.

i have just seen the movie its simply beautiful...