Leviathan – The Corruption of Spirit, Faith, and Political System 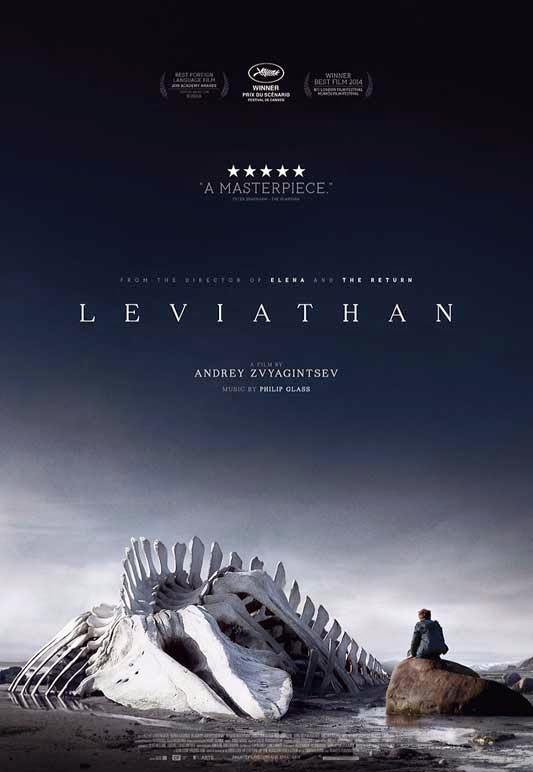 If God created everything, why evil and injustice prevails? Why does God afflict the innocents? Why do the loathsome people prosper without any resistance? These are the questions that haunt our minds whenever we try to understand the concept of God or religion. Intellectual religious minds throughout the history wrestled with their hearts and minds to answer these questions. Trying to answer on why the merciful God allows evil is commonly known as ‘Theodicy’. The most celebrated writings of biblical literature known as ‘Book of Job’ explore these profound questions.  Apart from the theological context, ‘Theodicy’ is also explored in the art forms, especially in films. The protagonist Kolya of Russian auteur Andrey Zvyagintsev’s “Leviathan” (2014) also thinks ‘why do the righteous suffer?’, and all he gets for an answer is a big, eternal silence.

Zvyagintsev’s fourth feature-film is also a scathing political film, which unearths the fiendishly corrupt Russian bureaucracy (although the plot is based on a court case in the US). It’s also a distressing family drama, where flawed individuals inflict damage upon themselves. Like Ceylan’s spectacular “Winter Sleep” (2014), “Leviathan” too invokes the ironical and contemplative spirit of Anton Chekhov and Leo Tolstoy. The richly detailed majestic landscapes and the existential hopelessness it conveys invoke the works of Tarkovsky. Yet, among all these influences, there’s that compassionate, oblique, on-the-fence, and restrained approach of Zvygintsev, which makes “Leviathan” an amazing movie experience. 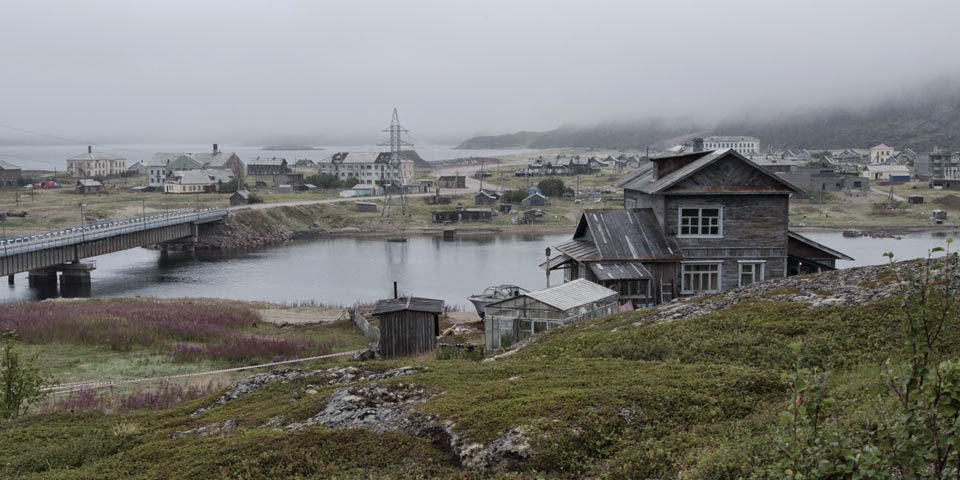 The plot is set in the Northwestern coastal town of Russia, where Kolya (Alexei Serebriakov), a mechanic, lives in a modest house with a stunning view of the sea. Kolya, his father and grandfather have lived on that same parcel of land. He resides with his wife Lilya (Elena Lyadova) and teenage son, Roma (Sergey Pokhodaev). In recent times, Kolya is drinking too much; Lilya seems withdrawn her husband and often gets reminded by Roma that she is not his mother; and Roma always wears sullen look. The family’s problems are all connected to greed and spitefulness of the local mayor, Vadim (Roman Madianov). The corrupt mayor is desperate to conquer Kolya’s precious land for the town’s renovation. The cops, prosecutor’s office, and even the local Orthodox Church support the seizure. 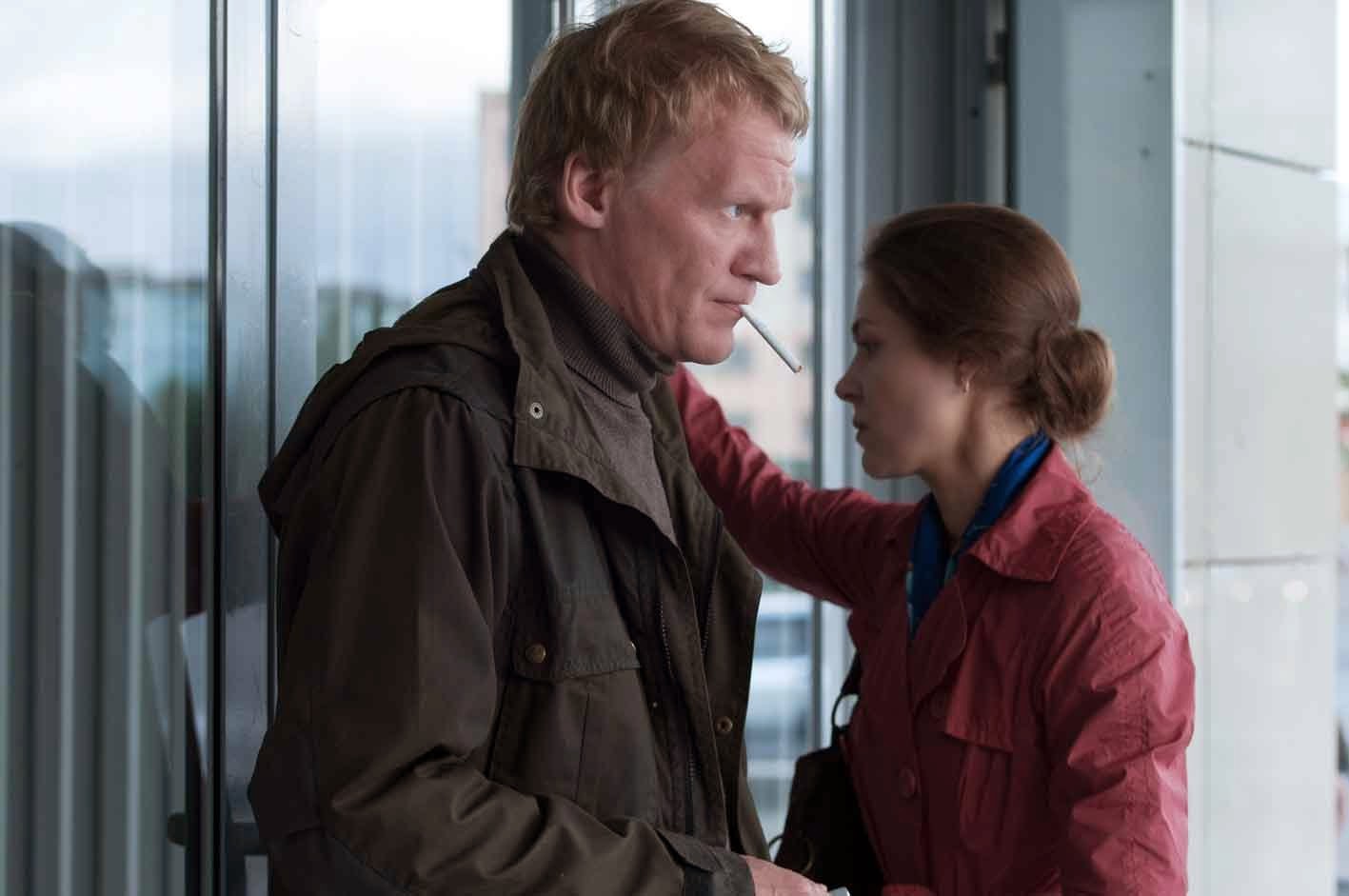 As a last resort, Kolya asks for help from his Army friend Dmitri (Vladimir Vdovichenkov), who has worked his way through Moscow as a big-shot lawyer. He brings a file that holds haunting truth about Vadim’s past life. Dmitri surely knows that the case will be ruled against Kolya, but he thinks that the dirt he has on mayor may bring some fitful compensation. As expected, a ritualistic court proceedings rules against Kolya and Dmitri’s file shocks Vadim. But, this is not a David Vs Goliath battle, where the corrupted individuals are brought down by upstanding citizens. Dmitri only wreaks havoc upon the family as he is a flawed individual like the rest of humankind.

The specific, majestic landscape heavily contributes to the movie’s multi-layered themes. The decrepit fishing boats, the huge skeleton of Whale, the dilapidated Church that has become a booze-drinking meeting point for teenagers are all some of the haunting images that laments for the way life is changing (in modern Russia). The protagonist bemoans on how his land is assessed as per the acre cost, but that no one cares on the life it sustained. Even the splashing waves itself seems to be saying, “I am going to stay here on the ancient shores, long after all these lying and miserable humans have gone”.

Apart from the religious connection, Zvygintsev’s title also alludes on 17th century political philosopher Thomas Hobbs ideas, which debated that man’s individual freedom and desires must be yielded to sovereign rule in order to avoid an anarchist society. Zvygintsev ironically observes on what would happen if Hobbs’ idea of soverign ruler is replaced by a self-righteous and thoroughly corrupt guy like Vadim. The director also conveys how in a feudal system everything stays the same despite the illusion of change. Vadim embodies the typical Russian power structure, where it’s all right to kick in the guts of those who are below you.

Nevertheless, Zvyagintsev reserves a large part of rage for the vacuous moralizer like that Orthodox priest, who chants: “We are re-awakening the soul of Russian people”. The authoritative bishop, with his gold statues and mahogany-tables, preaches about righteousness. The final impromptu sermon of the bishop is steeped in irony as even the new God’s house is built on a place that was acquired through stealing and lying. In the sermon, Mayor Vadim says to his little son, “God sees everything, son”. And the son looks up at the dome of the Church, just like in an earlier scene Kolya watches the broken down dome of the old Church, wondering silently about God’s gaze. The look we see in the face of mayor’s boy says that the boy has been totally brain-washed by this ‘god’s deed’ speech. He would carry the deeds of his previous cut-throat generation, justifying that everything is done in the name of God. 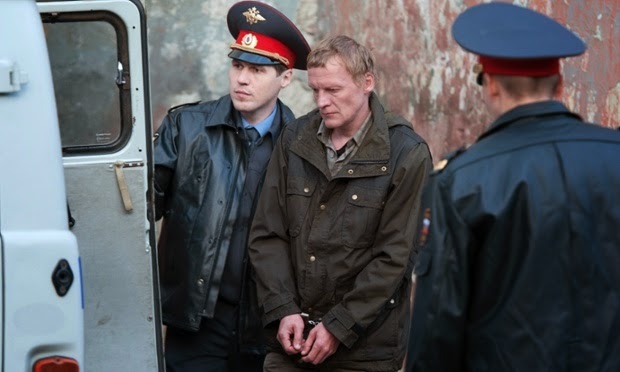 Director Zvyagintsev may have retold the old story in a modern way, but here God doesn’t communicate with Kolya or others. The corrupt and selfish ones are preached about doing God’s work, however ego-centric they may be. Eventually, the corrupt also get their own Church to go there once a week to cast away all their fears about unethical actions. Many critics have also pointed out the Vadim-Bishop partnership as a representation of the controversial collusion between Vladimir Putin and Patriarch Kirill of Moscow.

Despite the bleaker proceedings, Zvyagintsev interpose certain dark comic moments. A local cop celebrates his birthday with a picnic and he sets up an improvised shooting gallery with the portraits of former Russian leaders. The old cop also muses, “It’s too early for the recent ones. Not enough of a historical perspective”. The magistrate reading the pre-conceived judgment aloud in the courtroom is another darkly comic scene, which reminisces of Kafka. Among all the allegorical and philosophical musings, the director also focuses on the striking presence of the only major female character – Lilya -- and the troubles she endures in this macho society.

Like all the souls, she possesses certain blind spots. Her inexpressive hotel room liaison could be seen as a way to escape from the sorrows (the scene happens after the one where she watches her new bedraggled apartment), in the same way Kolya immerses himself with booze. But, eventually it turns out as a misguided path as Lilya’s only fastens her grim fate. Yet, Lilya becomes the sole culprit (as seen from the eyes of Roma). She is left to bare her son’s hate and her husband’s fierce love or lust. You could also feel Lilya’s alienated mind-set as she watch the procession of headless, gutted fish-bodies flopping onto a conveyor belt (she works in a fish-processing plant). It juxtaposes or symbolizes the uselessness of Lilya’s life itself and adds some weight to her final decision in the cliffs.

The themes director Zvyagintsev explores in “Leviathan” are laced with cynicism. Yet, the film-maker doesn’t portray his cynical questions & answers as the absolute truth. He shows enough empathy and compassion towards his character, never losing the thought that he is dealing with humans, not some emotionless specimen. Perhaps, that’s why you could feel a profundity in the doubts the film raises, despite the old, downer nature of the storyline.

“Leviathan” (141 minutes) magnificently portrays the moral defilement caused by a corrupted society. It is a meditative work of masterful film-maker, which would keep on getting better in the repeated viewings.

Your Blog has Nice collection of Russian Drama.