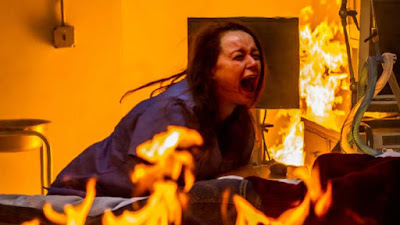 American film-maker John McNaughton gained prominence with his debut film “Henry: Portrait of a Serial Killer”, which went on to attain the cult classic status. It was a dispassionate character study and one of ultra-realistic portrayals of serial-killer onscreen. It preceded avant-garde serial killer flicks like “Man Bites Dog” (1993) and was succeeded by Japanese master Immamura’s lacerating film “Vengeance is Mine” (1979). In his three decade career, McNaughton made other cult favorites like “Mad Dog and Glory”, “Normal Life” and “Wild Things”. His movie characters’ oddity and presence of disturbing psychological horror elements eluded him the commercial success and kept him away from bigger projects. McNaughton later went on to director TV movies & documentaries that didn’t grab anybody’s attention. With the Canadian independent movie “The Harvest” (2013), director McNaughton once again returned to the big screen. Although the film was sold as a horror movie, it is a engaging psychological thriller that leaves you with mixed feelings.

“The Harvest” starts with a terrifying sequence of a little boy getting deadly injured on the baseball field. One minute the boy’s mother is cheering for him and the next minute he is being rushed into a hospital with pulse dropping. Later, a motherly doctor comes out of the operating saying that the boy is alright. It is a strange beginning since the boy’s injury has nothing to do with the movie’s premise, but the whole scene is conceived to make us think that the doctor Katherine (Samantha Morton) is a warm-hearted human being. The next scene is more symbolic, where a boy bound to his wheel-chair, in his lavishly designed room, watches out the window. He helplessly looks at a crow, devouring the corns that are growing near his window. The adolescent boy named Andy (Charlie Tahan) seems to be suffering from some kind of debilitating disease and was overly cared by his protective mother/doctor Katherine. 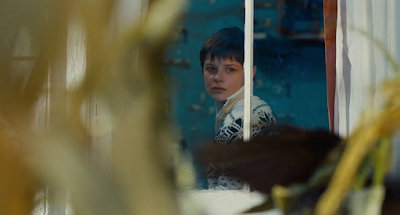 Andy’s father Richard (Michael Shannon) has quit his job as a nurse to take care of the boy. Richard seems disturbed by the boy’s worsening health and only seeks solace by conversing with Sandra (Meadow Williams). They meet up in some random places, where Sandra gives few test drugs that might have heavy side-effects. Katherine rejects Andy’s demands to get fresh air and the boy also often looks tired due to increasing doses of drugs. Although the husband and wife repeatedly discuss about Andy’s illness, the details of his illness remain elusive. Meantime, a precocious teenager, May Ann (Natasha Calis) moves to her grandparent’s house, which is situated within a walking distance from Andy’s house. She has lost her parents in a recent accident and also displaced from all her friends. One day, wandering through the woods, she stumbles onto Andy’s house and is intrigued by the tired boy on wheel-chair. 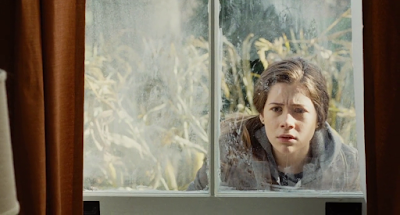 Maryann befriends Andy and persistently asks questions about his illness. Andy is elated by the girl’s presence (his first friend). But, Katherine is unbelievably cold towards Maryann. She slams the door on the girl’s face and even visits Maryann’s grandparents’ house, to ask them to leave her son alone. Richard warms a little to the teenagers’ friendship. Katherine’s repeated warnings only compel Maryann to bond with Andy. One of the teenagers’ secret meetings is foiled by Katherine’s sudden arrival. Although Maryann smartly hides herself from Andy’s mother, she is stuck within a dark room that leads to the basement. There she finds a horrible truth about Andy’s illness that puts everything into perspective. 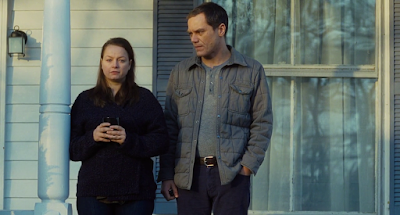 The chief problem with “The Harvest” is its mediocre script (written by Stephen Lancellotti), which lacks tension or psychological power-play in the second-half of the movie. All the tension during the first-half on sun-lit house seems to have emanated from the dark secrets held in basement, but once that secret comes to light, the tension drops down to a poor levels. It had all the markings of being a great psychological thriller, but the writer’s hesitation to put his central characters through anguish nearly ruins the film. Although Maryann gets the facts wrong the first time she is in the basement, viewers could easily guess ‘who is who’. But, the script sluggishly evolves from then on and thinks in the end that it is throwing us a chilling twist.  We could overlook few of the inane & illogical decisions of the teen character, but what troubled me are the characteristics of Maryann’s grandfather (played by veteran actor Peter Fonda). He seems to be a more caring guy; looking at an opportunity to bond with his grand-daughter. But, when an opportunity presents itself, he not only rejects her story, he also gives some mawkish message like “Follow your heart”. 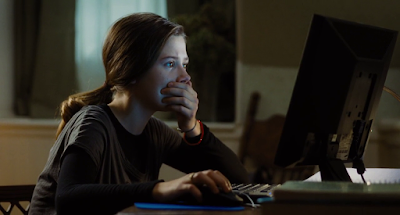 The script seems to be a blend of Grimm’s fairy tales and Stephen King novels. The writing aims to deliver an ironical message about overprotective parenthood and misplaced sense of love. If these themes were explored deeply, it could have been as great as the classic French thriller “Eyes without a Face” (also about a doctor parent, going to great lengths to save his damaged child). Director McNaughton has tried his best to keep the tension in the narrative and he succeeds till the mid-point. He builds the dread similar to that of King’s novel and stays away from diffusing jump scare moments. There are few pacing issues but it can be overlooked, since this is the film-maker’s first film in a decade. The movie has one of the best casts one could ever dream for an indie project.  Samantha Morton gradually escalates her craziness to Kathy Bates level (“Misery”), but never given a menacing sequence to satiate her intense presence. Michel Shannon, despite his towering physical presence, adeptly plays the vulnerable & distressed character of Richard. The young actors Tahan and Calis are excellent. They subtly express the teenage solidarity without a single false note of sentimentality. The production designs are strikingly elaborate (Andy’s room itself gradually develops into a vital character). 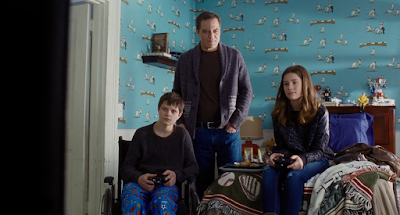 “The Harvest” (104 minutes) has an interesting premise for a psychological horror/thriller. Its third-act cliches and illogical contrivances nearly derail our interest in the film, but still it is better than a conventional, rusty horror flick.

P.S. -- Don't watch the movie's trailer because I think it gives away a lot.

Been following your wonderful blog.What are your favourite movies of 2015?

Some of my favorite 2015 movies: Mad Max: Fury Road, Inside Out, Me and Earl and the Dying Girl, Tale of Tales,Slow West, My Mother. I haven't seen many of the acclaimed movies like Black Mass, Sicario and our Indian films like Court, Masaan. There are also many exciting & ponderous films to be released this year, made by great directors like Hou Hsiao-hsien, Andrej Zulawski, Jacques Audiard, Michael Haneke, Tarantino, Gonzalez Inarritu, Apitchatpong Weerasethakul, etc.