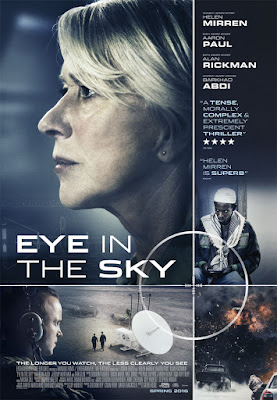 It’s been more than a decade since the Western democracies have commenced the ‘War on Terror’. But, at least for the past five or six years, reports often surface that the US War on Terror is the leading cause of terrorism around the world. The US government and military officials may play the same tune: “our actions is what helping you to stay in safety”, while more vile terrorist organizations like ISIS, Al-Shabab, Boko Haram, etc rise from the US ‘noble’ effects to contain terrorism. Along with ‘War on Terror’, words like ‘rules of engagement’, ‘enemy combatants’, and ‘collateral damage’ are tossed around to hide the Western democracies’ own dispersal of terror. US and Britain take great pains to use these terms in order to conceal their terrorism unfurled upon innocent civilians. With every display of their superior weaponry like drone strikes, these majestic democracies only happen to create more terrorists. The military and political system of US thought schools their pawns to place every individual around the world on an ideological map and observe them as little grey dots on a video game. Gavin Hood’s terrific thriller “Eye in the Sky” (2015) serves as a visual analogy to the ethical minefields, plaguing the modern warfare. It shows us a war that has no national boundaries and the one in which even moral boundaries are perpetually changed.

“Eye in the Sky” is riddled with disparate persons, linked by phones, video screens and satellites. They argue about the damage and gains of conducting a drone operation on a dilapidated house, situated near a sparsely populated market area. The mission at first was to capture a radical UK citizen Susan Danford aka Ayesha Al-Hady and few other extremists in a suburban Nairobi neighborhood. She and others are in the official ‘kill lists’ approved by both US President and British Prime Minister. But Colonel Katherine Powell (Helen Mirren) objective is to capture them alive and bring back the British citizen to stand on trial. Aiding Powell and others is the unmanned aircraft (drone), 2,000 meters above Nairobi. The Colonel is tracking down the action in Nairobi from a dark, concrete bunker, situated outside London. Senior British army General Frank Benson (Alan Rickman) watches the action from Whitehall with members of British Prime Minister’ administration. 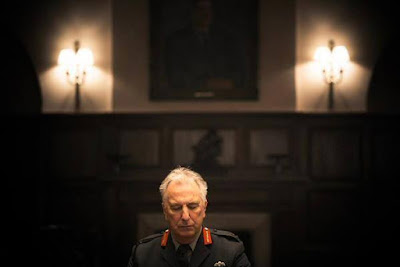 The drone is controlled by US Air base in the Nevada desert. Steve (Aaron Paul) and Carrie (Phoebe Fox) are assigned to be control drone’s eyes from a windowless trailer in the air base. The intelligence and surveillance experts are at US naval base in Pearl Harbor, Hawaii to make positive identifications about the people, coming in and out of the Nairobi house. On ground, under the orders of British allies, Kenyan military operative Jama Farah (Barkhad Abdi) observes the high priority targets. Despite all the high-tech surveillance gadgets, signal strengths and perfect approach to the capture, a small change in the plans from the terrorists’ side sends the mission to be ensnared in ethical gray areas. Susan and the men shift to a house, situated in the part of city, controlled by Al-Shabab militants. Farah intelligently gets through the militants controlled area and his surveillance only brings back shocking news to all the persons involved in the capture mission. Now the intent to capture transforms to ‘targeted assassination’. The high command people want the controller of eyes, Steve to get ready to strike at the ‘house’. While the targeteer has worked out the collateral damage and every one is ready for the strike, in comes a nine year old girl (Aisha Takow) to sell bread near the doomed house. 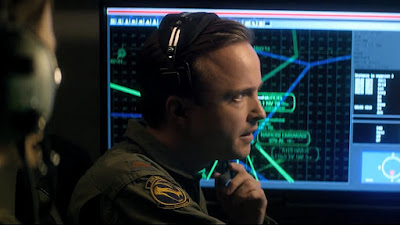 Veteran screenwriter Guy Hibbert must be commended for his ability to diffuse the moral contradictions and complexities of drone or modern warfare, while also constantly engaging the viewer on a basic level. He also highlights the inherent inabilities of all these modern technologies to effectively contain the terrorism. Director Hood and Hibbert understands the impersonal nature of drone warfare and the unimaginable impact it creates on low-level operators, but at no point they use it to force in the moralistic messages. In fact, the film addresses the common comment of drone strikes being a hollow gesture. The words said by Rickman’s Benson towards the end points out how the impersonal tone and dissociate nature in warfare hail high above from the persons who govern rather than among the men/women who just follow orders. The script isn’t without its flaws or missteps. The movie opens with a little girl playing hula-hoop in the broken-down corner of a house, situated in the middle of slum area. The narrative inter-cuts to the girl’s daily activities, the pressures on her family, etc and we guess that the girl’s immediate fate is going to be springboard for the movie’s moral messages. But, Hood and Hibbert for the most part of the narrative, stays away from taking that route. 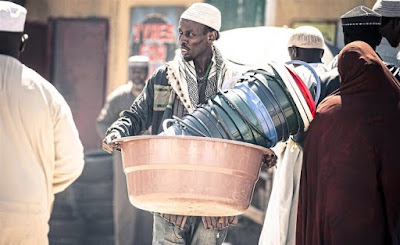 The snippets we are constantly offered about the girl halts at one point and she’s only seen through the surveillance camera like the perspective of military and government officials. The insightful arguments and counter-arguments in those decision-making rooms are based upon assessing the cost of a single life. Gradually, the weight of accessing the cost of the girl’s life is placed upon us too (no just from a sentimental whim). Only the slow-motion denouement and crying soldiers seemed to be far-fetched and sentimental, but Gavin Hood clearly didn’t want to be so subtle on the subject matter (or may be it is a much-needed mainstream sheen). “Eye in the Sky” is the most satisfying directorial venture for South African film-maker Gavin Hood after multiple-award winning movie “Tsotsi”. He finely mixes up some satirical elements like Iain Glein’s UK Foreign Secretary to break the uncontrollable tension. Hood also clearly establishes the interpersonal and political dynamics of the characters on-screen. Great care has also been taken to not render anyone as a monster hiding behind a button or camera. Everyone is portrayed as fine individuals, which is what heightens the impact we feel at the end. The performances realize the tension without a single glitch. The steely determination of Helen Mirren and the perfect expression of disdain from Alan Rickman are perfectly used for the movie’s two best characters. And, Mr. Rickman also has the honor to deliver the movie’s best lines (“Never tell a soldier that he does not know the cost of war” – and it is also the last line delivered by Mr. Rickman on celluloid).

“Eye in the Sky” (102 minutes) is an impressive and highly engaging cinema that tackles complex political and ethical issues without providing any easy answers. It may seem to re-tell the good-old statement ‘in war there are no real victories’, but the way it tells it is so unexpectedly hard-hitting.