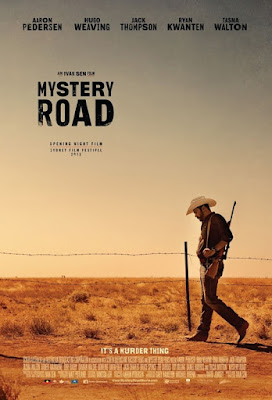 Australian film-maker Ivan Sen’s slow-burning crime/drama “Mystery Road” (2013) opens at ‘massacre creek’ and ends on ‘slaughter hill’, near ‘mystery road’. The name of the wastelands not only bears the scars of a baleful past, but also perpetuates the crimes of present. In the opening scene, a truck driver stops by to check his truck’s tyres near an unnamed town, situated in the barren interior lands of Australia. He hears wild dogs and smells something fetid. He walks a little, shines his torch into the little drain under the road and discovers the body of an Aboriginal girl (aborigines are the indigenous people of Australia). Her throat is slit and there are bite marks of a dog in the arms. The investigation is led by Jay Swan (Aaron Pedersen), an indigenous policeman, who had been recently assigned back to his home district with a promotion to detective. Jay follows the lead to local Aboriginal community, full of people enduring marginalized lives. Jay has grown in this place and has experienced how the desolate land would either make people bottle up their frustrations or forget those by embracing the bottles of alcohol.

Ivan Sen made his directorial debut with the good neo-realist tale “Beneath Clouds” (2002), but then drifted apart to make couple of documentaries and couple of less-seen movies – “Dreamland” and “Toomelah” (both I haven’t seen). With “Mystery Road” Ivan had definitely wanted to make a concentrated & intimate work of art. Apart from being writer/director, Ivan also took up the role of editor, cinematographer, producer and music composer. Leaving neo-realism, he has adopted noir as his framework to explore the socially conscious themes of racial prejudice and the all-consuming isolation of Australian people (especially the state of youthful aborigines). The character focused narrative trajectory, the subsequent conflicts and the social themes makes it unique to Australia, but “Mystery Road” remains far from being a flawless work. Yes, it has enough sharp moments to recommend a watch, but don’t expect a whodunit mystery/thriller.

In the old days, Jay Swan’s father was a stock-man, who may have succumbed and lost his life by chronic alcoholism. In fact, there aren’t many healthy aboriginal old men, except for Swan’s uncle (Jack Charles). Jay pays the old man to learn some street gossip about the dead girl and immediately after getting some money, the uncle lively walks to little gambling-ring for extinguishing the existential angst. Along with racial prejudice, marginalization, alcoholism and gambling, the aboriginal community is also increasingly plagued by the drug addiction. Jay learns that the dead girl took drugs and went with ‘truckies’ to support the addiction. In one scene, we see Jay Swan silently observing the farewell dinner of an older cop. The sergeant (Tony Barry) speaks of his determination to ‘stop the rot, since for some of us it’s the only home we got’. It is clear that the words ‘stop the rot’ indicates how the local drug/crime ring have gone out of control, but the sarge and other policemen aren’t definitely bothered about the rot that has already seeped through aboriginal lands. 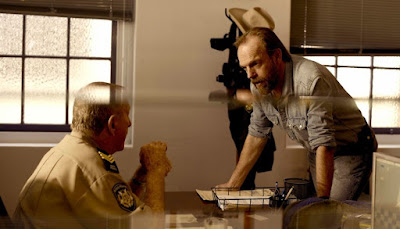 The sergeant doesn’t even treat the murder of aborigine girl as first priority and offers nothing to advance the investigation. Jay sees the sergeant and a grim drug cop Johnno (Hugo Weaving) often having an enclosed chat. Johnno warns Jay to not muck up his breakthrough in the drug case, under the impulse to solve the murder. It is clear that both cases are interconnected and Jay sets his sight on a local wealthy land owner Bailey (David Field) and his cocky racist son Pete (Ryan Kwanten). One perplexing clue is saliva traces of wild dog reported by coroner. Are the wild dogs (or as coroner calls ‘super dogs’) a mere red herring or is it a symbolism for things haunting the locality? It’s not clear. Probing further Jay finds the connection between dead girl and Jay’s own estranged daughter Crystal (Tricia Witton). Crystal’s soulless eyes & distant looks speak of her drug habits.

Director Ivan Sen gives enough breathing room to his characters that the mystery itself becomes secondary. His deliberate pacing wants to brood on the protagonist’s bewilderment of being caught at the middle of racial divide. But, expect for few occasions, Sen doesn’t preach about the racial conflicts. He wisely chooses to keep the socioeconomic themes as an undercurrent. We see Sen repeatedly cutting to overhead shots of town (as Jay follows the leads) to indicate how the discrimination and oppression is ubiquitous in the wastelands. The characterization of the aborigines are sharp and serves to exhibit the way they are kept in the fringes, using contemporary vices like alcohol and drugs. Some of the aborigines are not swayed by those vices, but still the people are in pursuit of brief relief from confining boredom and extreme poverty. Consider the scene, when Jay chats with a little aborigine boy who confesses that he found a mobile phone on the road. The boy asks to hold Jay’s gun, in exchange for the mobile. Jay after careful removing the cartridge gives it to the boy to hold. The boy waves the gun to other kids, glad that he has achieved some relief from deprived environment. Director/writer Sen has also done well in diffusing an ambiguity with the ‘white’ characters (especially the character sketch of Johnno). 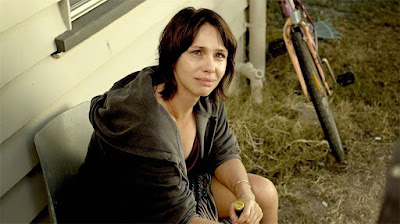 Most films dealing with loner protagonist, caught in the middle, portrays them as a beacon for some restoration of order. But, Jay and the viewers are repeatedly told that everything is too late. It is not only shown in the ceaseless degradation of aboriginal habitat, but also in his belated appeal to the daughter to consider living with him. As a matter of fact, Jay is despised by people across the racial divide. Jay’s familial problems (with girlfriend Mary) make him a man to be caught in between three sides. He is hated by his own people for being a part of white man’s system. White people hate him for obvious reasons, while Mary and Crystal despise Jay for choosing the vapid job over them. Nevertheless, the good characterization doesn’t masquerade the obviousness of the central mystery and the unwanted distractions (like the inclusion of ‘wild dog’).  Like the very good Australian crime films “Lantana” and “Animal Kingdom”, Ivan Sen has aspired to design a script (also influenced by Cormac McCarthy) that hybridizes genre narrative with artful reflections. Due to lack of profundity in the mystery, Sen’s ominous contemplation and agitated silences seem excessive at times.

Sen has perfected his directorial abilities as his visual exposition throughout the narrative is effective and clear-cut. The lack of menace in the script is established by the framing in many sequences. The director is clearly inspired the imagery of Peckinpah and Coen Brothers (“No Country for Old Men”). The final showdown is unbelievably well directed. It is not often we see a duel between two long-distance rifles. Apart from this key sequence, my other favorite one happens when Jay decides to do a bit of target shooting with his father’s old Winchester rifle. He places full bottles of alcohol and travels a distance (in the car) to shoot at them. The scene symbolizes how Jay is eager to wage a battle against the frailties (like alcohol) that has relegated their people to fringes. Aaron Pedersen as Jay Swan gives a great understated performance, who is ably supported by the luminary performer Hugo Weaving. Veteran Australian actor Jack Thompson (“Wake in Fright”, “Merry Christmas Mr. Lawrence”, etc) graces the screen for one scene, which doesn’t take the narrative anywhere, although his distressing dialogue delivery and emotions makes it a memorable scene.

“Mystery Road” (120 minutes) works more as an understated study of the impoverished Australian outback rather than being a tense thriller. Patient viewers and those who can take narrative ambiguity may have an engaging movie experience.

at June 06, 2016
Email ThisBlogThis!Share to TwitterShare to FacebookShare to Pinterest
Labels: Films from 'Down Under'