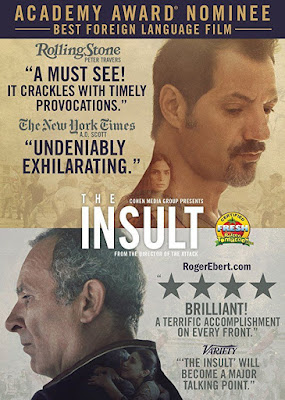 Lebanese film-maker Ziad Doueiri’s fourth feature film The Insult (2017) showcases how violent history and a community rife with division (often along religious aspects) can transform a petty feud into a full-blown crisis. It all starts with a leaky, illegal drainpipe spitting water right into the street. The drainpipe and the house it rests upon belongs to Tony Hanna (Adel Karam), a proud Beirut Christian and a car mechanic running his own auto repair shop. From the little we see about Tony, we can adjudicate him as a stubborn man with an unfocused fury who is very protective of his beautiful and sensitive, pregnant wife Shirine (Rita Hayek). The first time we see Tony he is attending a political rally of right-wing Christian Party. He watches (in TV) fire-breathing declamations of a right-wing leader, who tries to kindle the embers of nationalism by keeping frustrated natives angry about the Palestinian refugees and their burgeoning settlements. All these little pieces of information are gracefully thrown out to make us outsiders comprehend the upcoming conflict. The head of local building crew is Yasser Salameh (Kamel El Basha), a Palestinian foreman whose identity Tony perfectly recognizes. Yasser notices the protruding drainpipe and asks to repair it but Tony refuses. Driven by legal order, Yasser fixes the pipe which Tony instantly destroys. Tony’s vainglorious attempt to pick up an altercation succeeds as Yasser calls him a ‘prick’.

The Insult might only be Ziad Doueiri’s second Lebanese film, but he has already faced myriad of controversies. His third feature ‘The Attack’ (2012) set in Tel Aviv drew huge condemnation from Arab circuits, starting with his decision to cast an Israeli actress in the role of a Palestinian suicide bomber. The film was also banned in Lebanon. After achieving critical acclaim abroad for his new film The Insult (later nominated for an Oscar; Kamal El Basha won an acting award at Venice Film Festival), Doueiri returned to Beirut, only to be detained at the airport, summoned before a military court, and accused of treason for shooting his previous film in Israel (which Lebanon considers as enemy state). His new film also received severe criticism in Lebanon, accusing him of normalizing the state’s enemy (more particularly for his attempt to portray the Palestinian complicity in the Lebanese Civil War). Despite the call to boycott The Insult, the film was successfully released and enjoyed a good domestic response.

The positive thing about Ziad Doueiri’s new film is his ability to highlight the commonality of the central narrative crisis. The rift between Tony Hanna and Yasser Salameh could be set in any other place in the world where nationalist sentiments has a strong foothold and one group of people is set against the other. This broad nature of the social commentary is the initial hook of The Insult, which gradually pulls the viewer to recognize the crisis and bloody history pertaining to Lebanon, a nation that’s housing 170,000 to 500,000 Palestinians and at least 2 million Syrians. Adding more historical dimension to the explosive crisis in Lebanon is the civil war (1975-1990), which is one of the many violent outgrowths after the post-World War II formation of Israel. All such weighty historical and cultural forces are stoked over the trivial, if not ludicrous, conflict between Tony and Yasser. 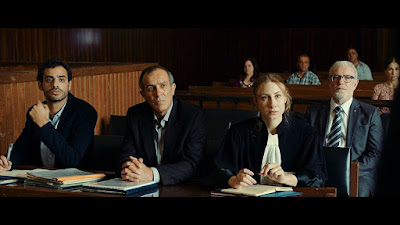 Yasser despite being a talented engineer and living in Beirut for years remains underemployed because he is classed as a refugee. Like Tony, Yasser too resents what the other side stands for or represent. They both see themselves being in the wrong. When Tony sternly demands an apology, Yasser is coaxed by his boss to turn the page. But in the ensuing exchange of words, Tony says “I wish that Ariel Sharon had wiped you all out.” Yasser breaks two of Toni’s ribs in response. The incident leads to a court-case. The wives of both men (Rita Hayek and Christine Choueiri) are baffled by their husband’s stand, vainly trying to breathing in some rational thought. The first courtroom scene is fascinating as both the protagonists try the case without employing layers. The subsequent appeal hearing, however, takes more from the American legal drama with Tony and Yasser’s respective attorneys—Wajdi (Camille Salameh) and Nadine (Diamand Bou Abboud) – expertly dissect the banal details of the case, and later debate on the complex history of Lebanon, and the omnipresent communal trauma.

Ziad Doueiri has worked in films in both America (was first camera assistant to Tarantino) and Paris, which shows in the way he designed the courtroom showdowns and the way he incorporated character temperaments through little details. I found the narrative structure compelling. Doueiri and his co-writer/ex-wife Joelle Touma start by distilling the political and cultural forces into the personal conflict and later as the situation escalate to the court, they ably balance both the micro and macro perspective. The strength of the film lies in constantly pushing the protagonists to understand the implications of their actions. They are characterized as fixers (one fixes the cars; other the buildings) with short-temper and traumatic past. Doueiri scatters their common viewpoints on certain things as a sort of in-joke (they both call out the Judge as a ‘biased’ man and share similar views about Chinese vs German products). But still the final disappointing stretch becomes a bit thick with instructive historical entries and melodramatic speeches. 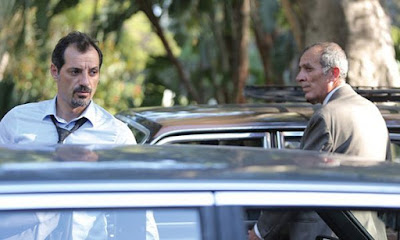 While director Doueiri doesn’t offer a simple feel-good solution to the conflict, his humanist conclusion doesn’t contain the sharp focus of the previous scenes. I would have found it hard to eventually empathize with Tony, if not for the final twist in the narrative. By trying to shed light on an unknown bloody chapter in Lebanese history, Doueiri kind of propagates false equivalency between the two characters. The 1975 Damour massacre might be very real and immensely traumatic, and perfectly serves for the loud questioning of ‘why should there be a monopoly on suffering?’. And that works fine for a morality play, but from the character perspective, Tony Hanna with his impervious, hotheaded nature and dogmatic beliefs wouldn’t be so sympathetic, if not for the final revelation. In an effort to make a humanistic and nuanced statement, Ziad Doueiri gets dangerously closer to turning the movie into a liberal pap. The other (comparatively minor) flaw is the half-hearted attempt to create conflict between the two lawyers, who are revealed as father and daughter with opposite views on Lebanese politics. The twist once again only functions to surprise the viewers and serves no other purpose. Of course, The Insult is brilliantly acted, staged with vigor and sincerity. It’s an undeniably exhilarating political drama, layered with complex dramatic tension. Yet, the final output makes us yearn for less didacticism and sharper characterizations, similar to the astoundingly subtle social dramas of Asghar Farhadi. But from ‘West Beirut’ (1998) to ‘The Attack’ (2012) to ‘The Insult’ (2017), Ziad Doueiri is consistently maturing as a film-maker and I hope his next feature would be thoroughly nuanced.