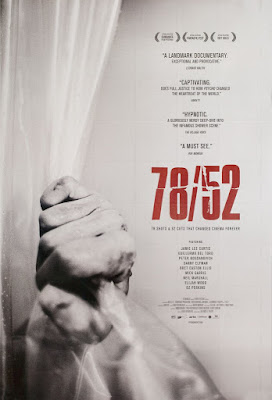 The numbers in the title of Alexandre O Philippe’s documentary 78/52 (2017) represents the number of camera setups and cuts that were required to make the ground-breaking and terrifying ‘shower scene’ in Alfred Hitchcock’s horror masterpiece Psycho (1960). The endlessly deconstructed scene which occurs less than an hour into the movie and lasts for nearly three minutes happens to be the foremost subject in this fascinatingly obsessive documentary feature. 78/52 is Alexander Philippe’s third cinema-based documentary. His previous works includes The People vs George Lucas (2010) and Doc of the Dead (2014), both the movies serves as a commentary on the moments in cinema that spawned a fresh pop culture. In 78/52, Philippe is more specific, bringing in wide variety of talk-heads, including authors, editors, directors, sound engineers, actors, and film scholars, to riff on the significance of this 3-minute cinematic mayhem, from the perspective of cinema history as well as from the overall American cultural landscape of the 1960s.

The documentary opens with Edgar Allan Poe’s infamous quote (“The death of a beautiful woman is, unquestionably, the most poetical topic in the world”) which may earn a valid contemptuous remark from the feminists. Nevertheless, Poe’s disputed ruminations have provided certain unique aesthetic and thematic designs for the horror cinema. The graphic emotions of fear and panic created by Poe’s narratives found its cinematic equivalent in Alfred Hitchcock’s stylistic elements, which reached its peak with the ‘shower scene’. Addressing this pivotal scene from social context brings certain intrigue to it. Prior to the making of Psycho, in the late 1950s, film-makers have started to test the boundaries of censorship by smartly visualizing taboo-breaking themes. Otto Preminger’s engrossing courtroom drama Anatomy of a Murder (1959) is quite often cited as an example of this censorship-baiting approach. With Psycho, Hitchcock played much-elaborate prank on censors and casual movie-going public. A handful of visuals from Psycho, including the shot of flushing the toilet, happened to be path-breaking in small ways. But the biggest shock for the 1960 audience must have been the idea of seeing a naked woman in the shower – although silhouetted through translucent, foggy curtain. Little did they know that the extremely shocking aspect hadn’t happened yet.

In Psycho, the unanticipated development is witnessing the alleged leading lady Marion Crane (Janet Leigh) being brutally stabbed to death in a shower during her overnight stay at a remote motel. The first half of Alexandre Philippe’s documentary sets the stage to scrutinize this scene by demonstrating what it did to the culture, how it shattered certain social myths, and how it entirely changed the cinematic landscape. A good number of these insights are derivative and some are bit crazy, taking it into the territory of ‘Room 237’ style madness. But some insights are interesting, especially the one about how Psycho broke the notion that bad things in cinema couldn’t happen to someone in a domestic space. The notorious on-screen incident didn’t happen at an abandoned quarry or in the woods, but in a space where civilization is thought to have limited the unbridled flow of violence. The cold war analogies seem a bit of a stretch and there are other shaky statements and reductive assertions, particularly due to selection of talking-heads, who doesn’t exactly bring an analytical eye to the subject at hand. 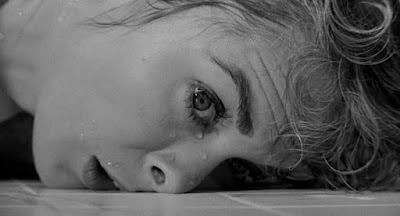 But once the general talks trickle down to observe the astounding technical specifics of the ‘shower scene’, 78/52 gets far more interesting. One thing I loved about these portions is the editors, sound engineers and film enthusiasts get into the minutiae of the edits and its subsequent effects. Editors like Walter Murch, Bob Murawski, Chris Innis and Amy Duddleston (editor of Gus Van Sant’s ill-fated 1998 remake) provide acute reflections on why the scene was crucial in terms of editing (exploring every little shift in camera position). At one point, it’s opinionated that despite the chaos conjured in the scene everything was carefully planned, meaning every camera set-up, edits, and its impact on viewers are thoroughly designed with foresight. Amy Duddleston, editor of the remake, says how they shot and cut the scene in similar manner and yet failed to match the magic of the original. It tells something about the utter futility of trying to duplicate a particular movie magic. Another key element of the shower sequence is Bernard Hermann’s shrieking score, which like the visuals revolutionized (and also endlessly parodied) music in horror films. As with previous documentary works on Hitchcock, due space is given to analyze the auteur’s art from the perspective of his own psycho-sexual preoccupations and Catholicism. There are other astounding details in the commentary of the scene: the history of the symbolic painting that Norman Bates uses to cover up his peephole; about the 27 varieties of melons that were tested to mimic the sounds of a knife slashing flesh; and the remark on Hitchcock’s ingenious method of extracting voyeuristic complicity on the part of audience. 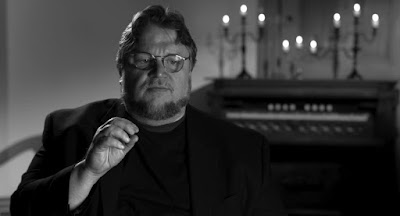 Adding further to the documentary’s charm is the interview of Marli Renfro, the body double for Janet Leigh in the shower scene. The old woman isn’t an expert on cinema, but her revelations based on the incidents within the set are much fascinating than the scholars’ dissections on the topic. Director Philippe points out how Janet Leigh was only partially involved and the total absence of Anthony Perkins at the set. Philippe has also included certain stylistic nods to Hitchcock's approach by shooting all the interviews with green-screen and then projecting into a space that looks like Bates Motel (an efficient black-and-white reconstruction). To underline the motif of voyeurism, Philippe makes each interview subjects sit down and watch the scene (subsequently offering their different takes on it). The documentary does include a number of women (Illeana Douglas, Jamie Lee Curtis, Karyn Kusama, Chris Innis, etc) to perceive the scene beyond male gaze, and to may be assuage the criticisms the 'shower scene' has evoked from certain feminist circles. The documentary could have been bolder and profound by adding true feminist criticism about the scene (the violently misogynistic cinema that followed Psycho was mentioned in passing). Including detractors into the mix would also have provided unique perspective on the scene. Nevertheless, the film sharply showcases the film-maker’s great ability to create strong connection between a viewer and his work, so much that the images create an everlasting psychological impact. Compared to the contemporary movies’ special-effects induced set-pieces and dubious money-shots, Hitchcock’s shower scene still retains its power and vitality.

Alexandre Philippe’s 78/52 (91 minutes) is essential viewing for movie-lovers, whose razor-sharp examination on the iconic scene from Hitchcock’s ‘Psycho’ prompts an urge to revisit it. It lends string of potent views to the accepted magnificence of this horror cinema classic.