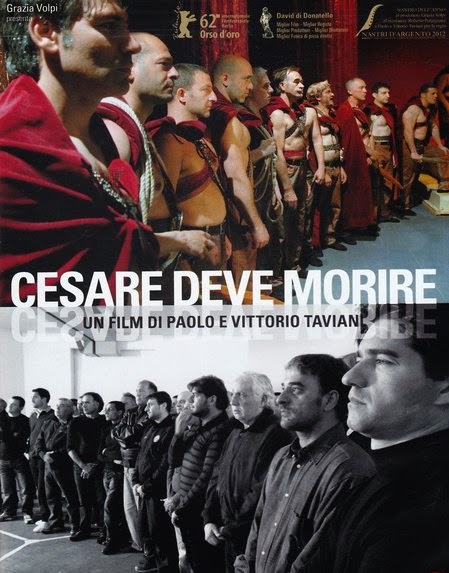 The veteran Italian film-makers, Taviani brothers (Paolo and Vittorio) are best known for their hybrid domain of docudrama. They gained international breakthrough the movies, "The Night of the Shooting Stars" and "Padre Padrone." Their latest expressive embellishment project was grittier than their previous ventures and was filmed inside the maximum-security prison in Rebbibia, Italy. After watching the inmates of this prison performing Dante’s “Divine Comedy”, they were highly inspired to do a production of Shakespeare's "Julius Caesar." They sought the permission of Fabio Cavalli, director of the prison group and stated that it would be staged with the collaboration of the inmates and would be filmed throughout the prison facility.

Taviani brothers thought that staging “Julius Caesar” --a tale of betrayal, friendship and conspiracy -- would be the right choice, since it is set in Rome, Italy and also corresponds with the emotions of the world from which the prisoners come. Casting actual convicts proves to be a stunning experience, since they show a great electric power of drama that moves and touches the audience. The docudrama starts with color footage of the actual staging of production and the film’s final scenes also revolve around this staging. However, the heart of this movie lies in the audition and rehearsal process as hardened criminals emote with heightened sensation. 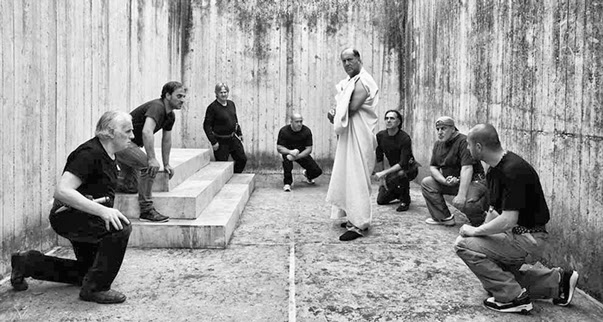 The audition process shows us a plan, the Tavianis’ said to have been using for years: each prisoner is asked to act a moment when they are sad, and the same one when they are angry. We then closely see the men, who were chosen to enact “Julius Caesar” and their rap sheets, mostly ranging from drug trafficking to Mafia affiliations. The performers immerse themselves in the scheming world of Cassius, Brutus and ill-fated Caesar. They reach an artistic high by investing themselves in roles that serve as an escape from the real-life cages. Each rehearsal scenes gets intensified and it is mesmerizing to see the ways the prisoners/actors relate Shakespearean situations with their own betrayal.

Taviani brothers don’t try to convey the layers of the prisoners’ troubled humanity. They are not attempting to pass off their experiment as absolute truth. In fact, they only heighten the artificiality by adding black and white color schemes to the rehearsal period and also use the mournful musical score to a gain highly dramatic effect. What they were interested is only in the conception. A conception that remains resonant with the text, where freedom and slavery are paramount. By finding an elegant and effective way to blend the narrative and documentary elements, they make us observe the parallels between “Julius Caesar” and ill-fated prisoners’ lives. Most of these men were also not first time actors (some of them have been in other plays), because one can assume that for grifters and conmen playacting is an integral part to their essence of survival. 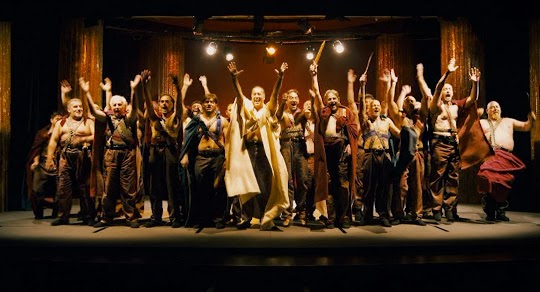 Tavianis’ scripted elaborations, like the Mark Antony funeral address rehearsal scene (directed to the cell windows) remains largely humorous. The prison cast turns in excellent performance with a genuine pathos. The hardened pudginess of Giovanni Arcuri (plays Caesar), possesses the delusions of immortality and amusing swagger like the Shakespearean hero. Salvatore Striano’s passionate performance as Brutus shows us the seductive power of brilliant enactment. His casting was considered as cheating, since Striano was pardoned on 2006 and has made his debut as actor in a small, well-received role in “Gomorrah” (2008). He returned to Rebibbia prison, especially to participate in this production. But, we can’t consider this as cheating, since the Tavianis up aforementioned the artifice, involved with their project and also there are not any specific set of rules.

In the final footage, we see principal cast being silently shut back into their cells and Cosimo Rega, who played Cassius looks at the camera and simply says, "Since I got to know art, the cell has become a prison."  Apart from the Shakespeare text, this is the film’s most memorable line. Winner of Golden Bear at the 2012 Berlin Film Festival, “Caesar Must Die” (75 minutes) shows pent-up emotions and passions that can’t be contained within the prison bars. It’s one of the most intriguing Shakespeare adaptations on-screen.