Bullhead -- A Monstrous Enforcer and a Hapless Victim 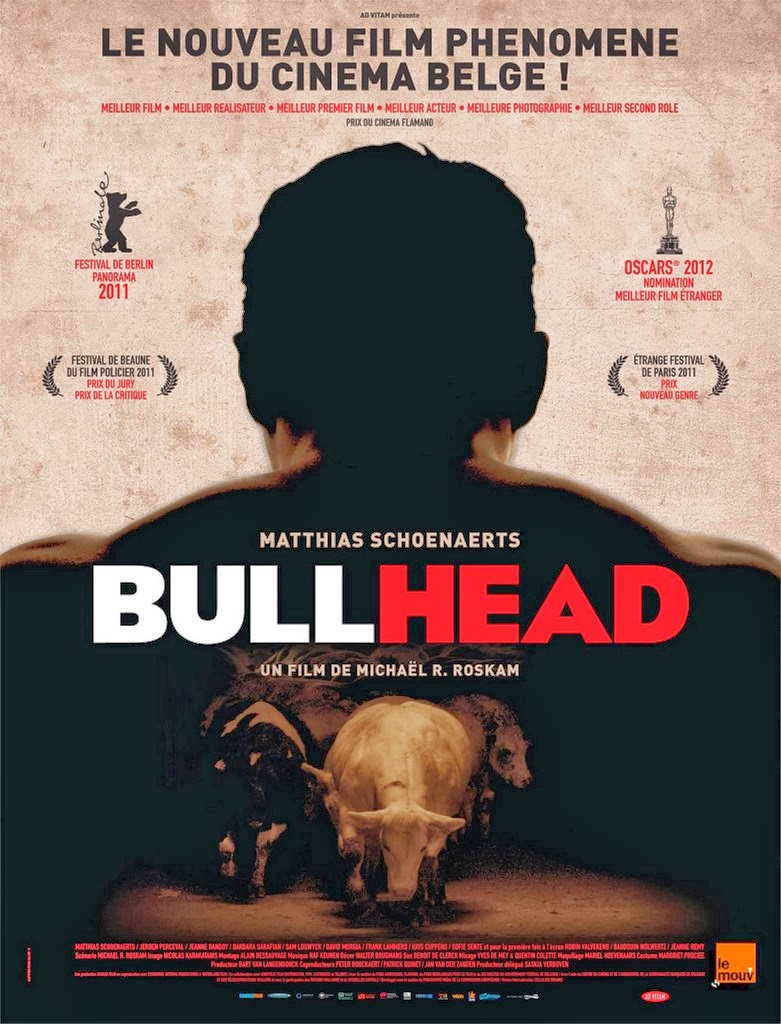 Belgian director Michael R. Roskam’s feature film debut “Bullhead” (2012) is a mafia thriller as well as an intense character study. It crosses themes that seem quite ambitious for a first time film-maker. The story was inspired by mid-1990s murder of a veterinarian in Belgium, who checked up on farmers regarding the suspected use of illegal growth hormones on cattle. He was threatened repeatedly, but when he didn’t budge, he was assassinated. The men who killed the doctor were named as “hormone-mafia.” “Bullhead” is not based on this true story, but is set against the gritty world of cattle ranching. This film is also a showcase for the prodigiously talented performer, Matthias Schoenaerts.

Matthias plays Jacky Vanmarsenille, a bulky, 30 year old, second-generation cattle man, who has been injecting his cows with growth hormones (illegal in Belgium). He is so pumped up on steroids to continue his job as a bully and as an enforcer for his domineering family. The violent nature of his character is traced back to his childhood trauma that constantly haunts him. The powerful, vulnerable Jacky looks awkward and lovelorn, when he is in the company of local perfume shop owner, Lucia (Jeanne Dandoy) -- a relationship that goes back to his childhood ordeal. Jacky’s veterinarian friend, Sam (Frank Lammers) persuades him to do some illegal dealings with a shady meat magnate named De Kuyper (Sam Louwyck). 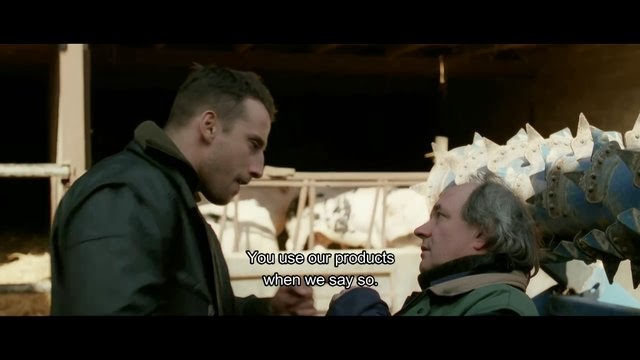 Jacky is concerned about this partnership, since De Kuyper was thought to be responsible for murdering an investigator. Jacky is also thrown off after seeing Kuyper’s right-hand man Diederik (Jeroen Perceval), his cousin and a one-time best friend. The two men’s history is explained in the flashback, which takes us to 20 years into the past. His past explains why he is relying on the massive quantities of steroids. Meeting Diedrik makes him relive those entire traumas and also triggers something in him, which results in one bad move to another.

Director Roskam must be commended for choosing such a challenging story for his debut feature film. But, he faces some problem in controlling the movie’s tone. The movie’s structure finds itself at odds in incorporating both the character and thriller narrative. The going back and forth narrative gets in the way of the character portraits. The initial sequences soars our expectations that it is going to be crime ensemble drama, but it later turns out to be a “Taxi Driver” like story of a one disturbed, violent man. The initial promises of exploring the meat-market underworld never come into focus. However, if you watch “Bullhead” as more like character-driven drama, then you can appreciate its metaphors about masculinity and meat. Both Jacky and the cattle are fattened by using banned drugs. The end result of fattening results only in slaughter. Roskam makes such simple connections in his script. Without underlining everything, he gives off subtle clues to the deeds and connections of characters. Roskam also emphasizes the bitter tribal divide in Belgium between the French-speakers (Wallons) and the Dutch-speaking Flemish (a warring faction that might be lost on most international audiences). 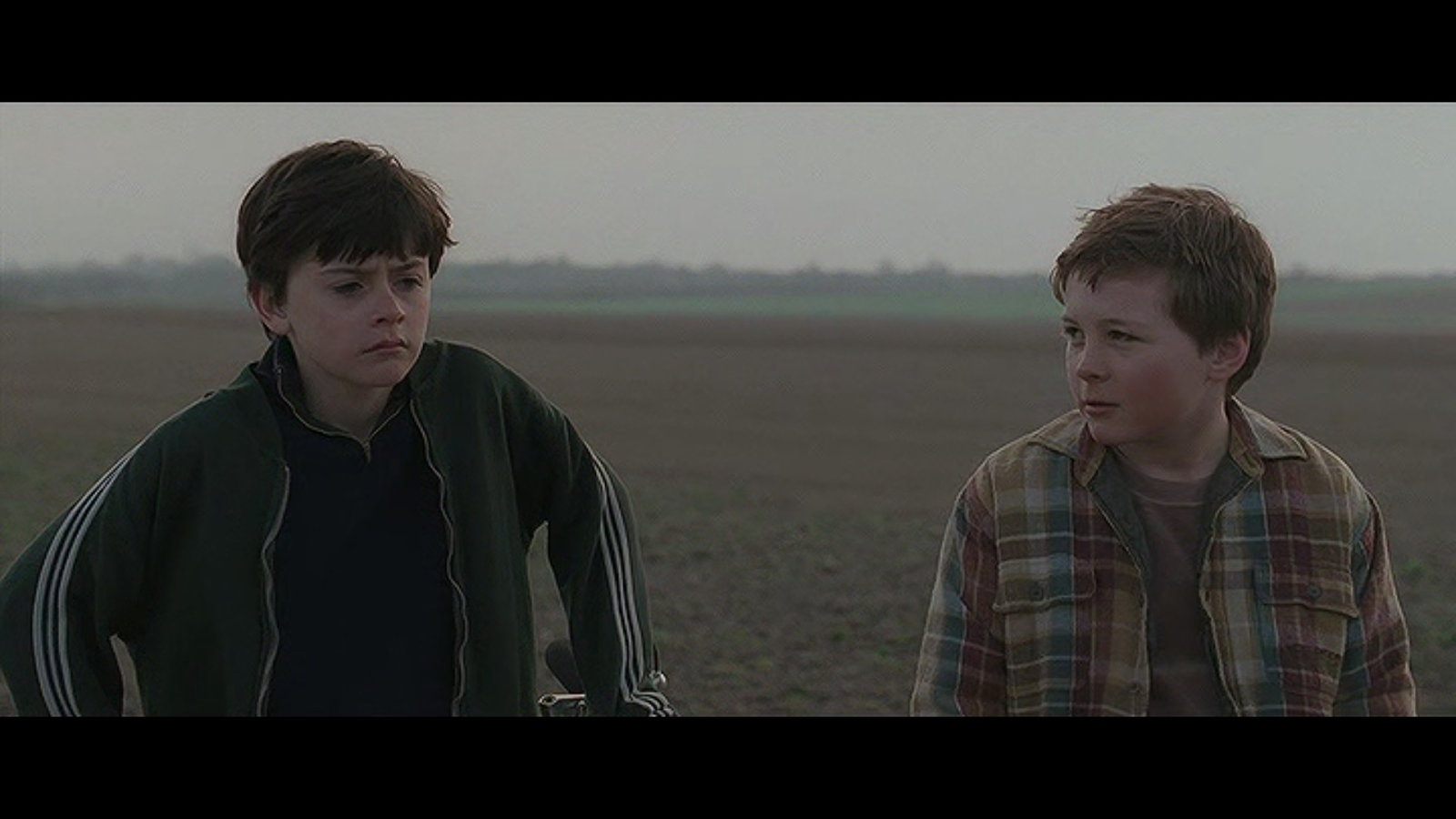 The old memories of Jacky are what make him more vulnerable, but conversely, for us, that is what makes us feel for this savage guy. We flinch at his doings and fires of anger, but at last he makes us sympathize for him. The character sketch of Jacky works only because of rustic and menacing Schoenaerts, who gained 60 pounds of muscle (spent nearly two years) to play this role. Although, he glares at everything, he subtly conveys the muted agony of his lost soul. There are many under-written parts, but Perceval’s magisterial performance is commendable.

There are structural flaws in “Bullhead.” Nonetheless, it is impressively crafted with moments of great subtlety and delicacy and it puts Roskam in the ‘one-to-watch’ film-maker category.

Rated R for some strong violence, language and sexual content
at February 02, 2014
Email ThisBlogThis!Share to TwitterShare to FacebookShare to Pinterest
Labels: Social Drama