The Dish -- A Comedy with a Feel-Good Spirit 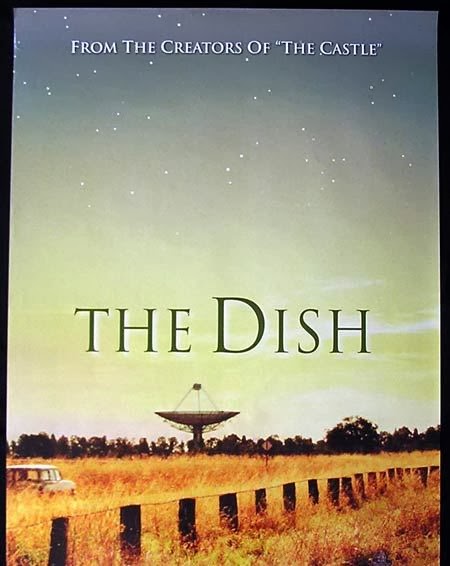 The images of man setting foot on moon infiltrated the world’s consciousness and set off many conspiracy theories that are still persisted today. The significance of Apollo 11 images is considered as one of the greatest achievement of mankind. We might have heard about names like Neil Armstrong and those others, who gained the spotlight during this historical moment. However, we don’t know much about unseen people doing their jobs in the background that help these land mark moments triumphant. The semi-factual, Australian feel-good movie “The Dish” (2000) takes a look at the part played by a small town in Australia during the 1969 Apollo 11 moon landing. It has a simple story, good-natured characters, which for an exception, sees the moon landing from a different vantage point.

It is the third week of July, in 1969, as the world’s eyes are set on our nearest celestial neighbor. While Armstrong and his crew are getting ready for their journey, a small crew in the Australian town of Parkes is also getting ready to get into the action. The midsized town, Parkes has the Southern Hemisphere’s largest radio telescope – 1,000 ton, a football-field-wide and situated amidst sheep paddocks. The whole town gets exuberant, when they learn that their dish is the backup to NASA's primary space-signal receiver in Goldstone, California. The moon walking footage are expected to be handled primarily by the Goldstone. 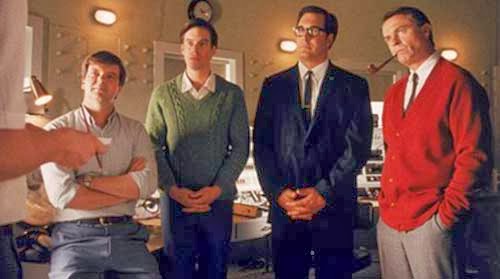 The dish is operated by quietly reflective scientist Cliff Buxton (Sam Neil). He is a very knowledgeable man and has lost his wife recently. His two assistants are the smart-aleck technician, Mitch (Kevin Harrington) and the brainy, nerdy Glenn (Tom Long). Mitch is troubled and expresses contempt over the attitude of know-it-all NASA consultant Al Burnett (Patrick Warburton). Nonetheless, Al acquaints himself well with the group and exhibits firm hand in the proceedings. Mayor McIntyre (Roy Billing), responsible for setting up the dish, is a bit overwhelmed by all this fuss. His VIP visitors include media-loving Australian Prime Minister (Bille Brown) and genteel U.S. ambassador (John McMartin). We know nothing goes wrong with the mission, but various mishaps and tensions show us that the crew has walked over a tightrope. Eventually and most importantly, the Aussies were only able to transmit mankind’s first steps on the moon to global TV audiences. 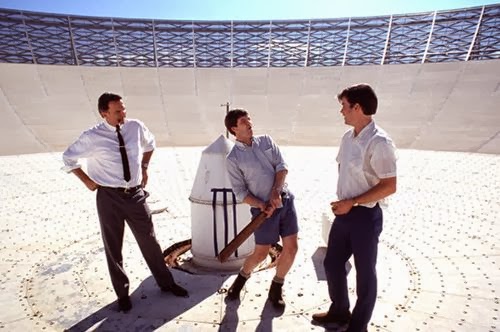 Director/co-writer Rob Stitch (“The Castle”) does an incredible job brings exhilaration f the moon landing to life. Relying on charm, he draws most of the film’s energy from the cultural conflict between an intrusive NASA and the Underlings. Like in an effective fictionalized based on a true story drama, Stitch has chosen to focus on the characters rather than on the great moment. At time, the story gets sluggish, especially, when it gets nostalgic – often citing the heyday of the Space Age and the innocence of the era. Towards the end, the film struck a Hollywoodized note, blatantly trying to get everyone teary-eyed. Apart from these few notable flaws, for the most part, “The Dish” generates good-hearted humor from the warm inter-play between the main characters.  The characters are dangerously close to become caricatures, however, the well-rounded cast never lapse into mere stereotypes. The unforced, subtle performance of Sam Neil tops the production. Cliff’ is also the fully realized character that shows a hint of sadness, but never dwells on it for a melodramatic moment.

“The Dish” (101 minutes) is not a comedy classic. It is a feel-good movie that perfectly re-creates a place and time with gentle humor and will leave all but the most cynical of viewers quivering with delight.

The Dish -- IMDb
at February 24, 2014
Email ThisBlogThis!Share to TwitterShare to FacebookShare to Pinterest
Labels: Based on True Story, Feel Good Movies, Films from 'Down Under'